The new Nissan Leaf is the first car to undergo safety body Euro NCAP’s new extended assessment – and it was awarded a full five-star safety rating.

The second-generation model follows in the footsteps of the groundbreaking original Nissan Leaf – the world’s most popular electric vehicle and also the first plug-in battery car to be given a five-star safety rating under the old assessment.

However, seven years on, technology has moved on and new cars need to meet a far more stringent set of safety standards.

Read on to find out more about the new Nissan Leaf and the new safety tests, including why they’re good news for cyclists and how they could cut your insurance costs.

It may do well in terms of safety, but what’s the latest Leaf like to drive? Find out in our new Nissan Leaf review. 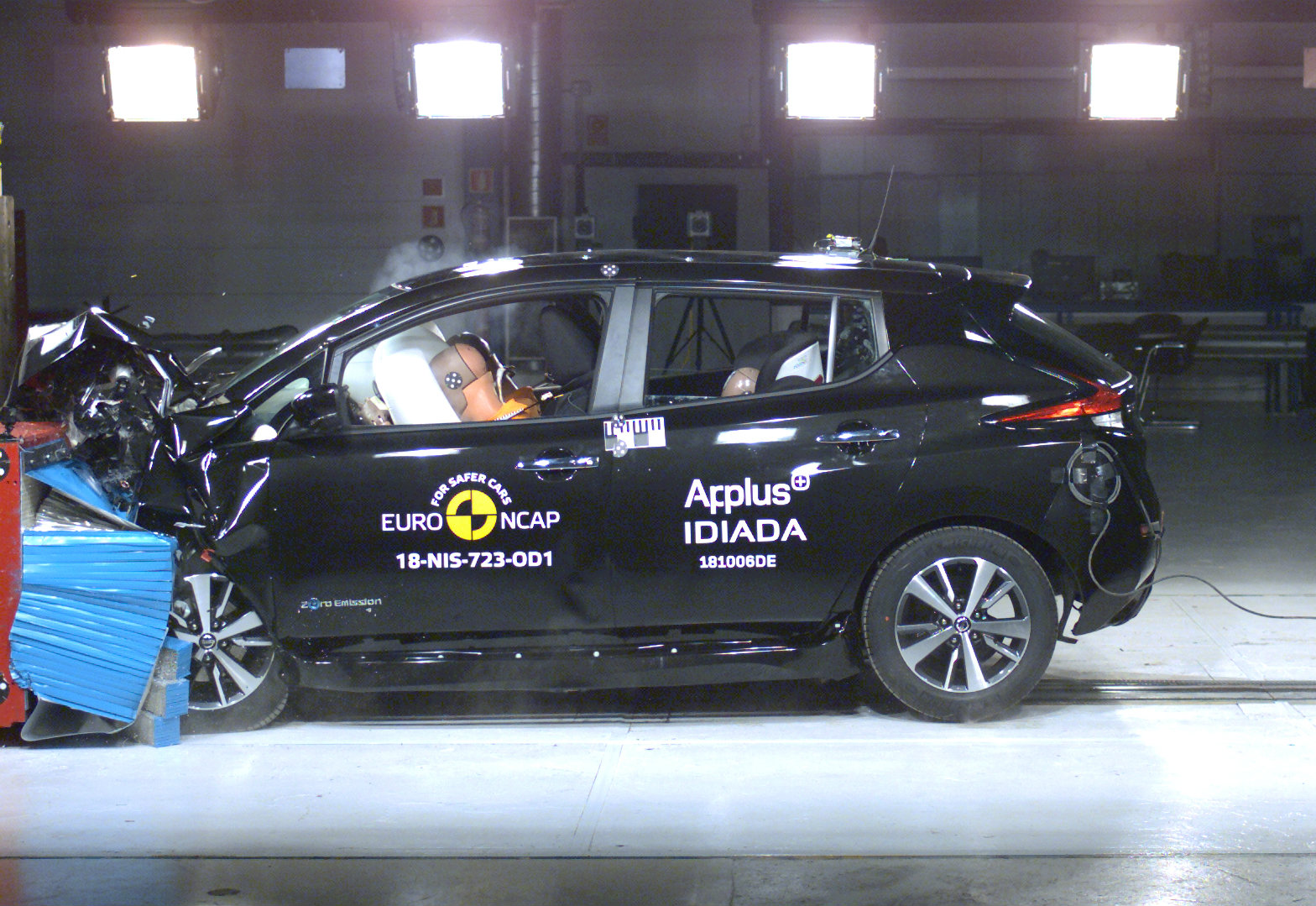 Why the safety tests could mean you pay less insurance

With the backing of the UK’s Department for Transport, as well as European Union member states, its star-based safety rating has become the de facto standard by which car safety is compared.

The test itself is altered periodically to better assess the latest developments in vehicle safety technology, such as autonomous emergency braking (AEB).

AEB is designed to scan the road ahead for potential obstacles and can automatically apply the brakes to prevent or mitigate a collision. The technology has been proven to reduce accidents and is now offered on the majority of new cars.

It could not only prevent or mitigate a serious collision, but also bring down your car’s running costs through reduced insurance premiums, too.

We can help you find the perfect new car for your budget: see our independent, expert car reviews. 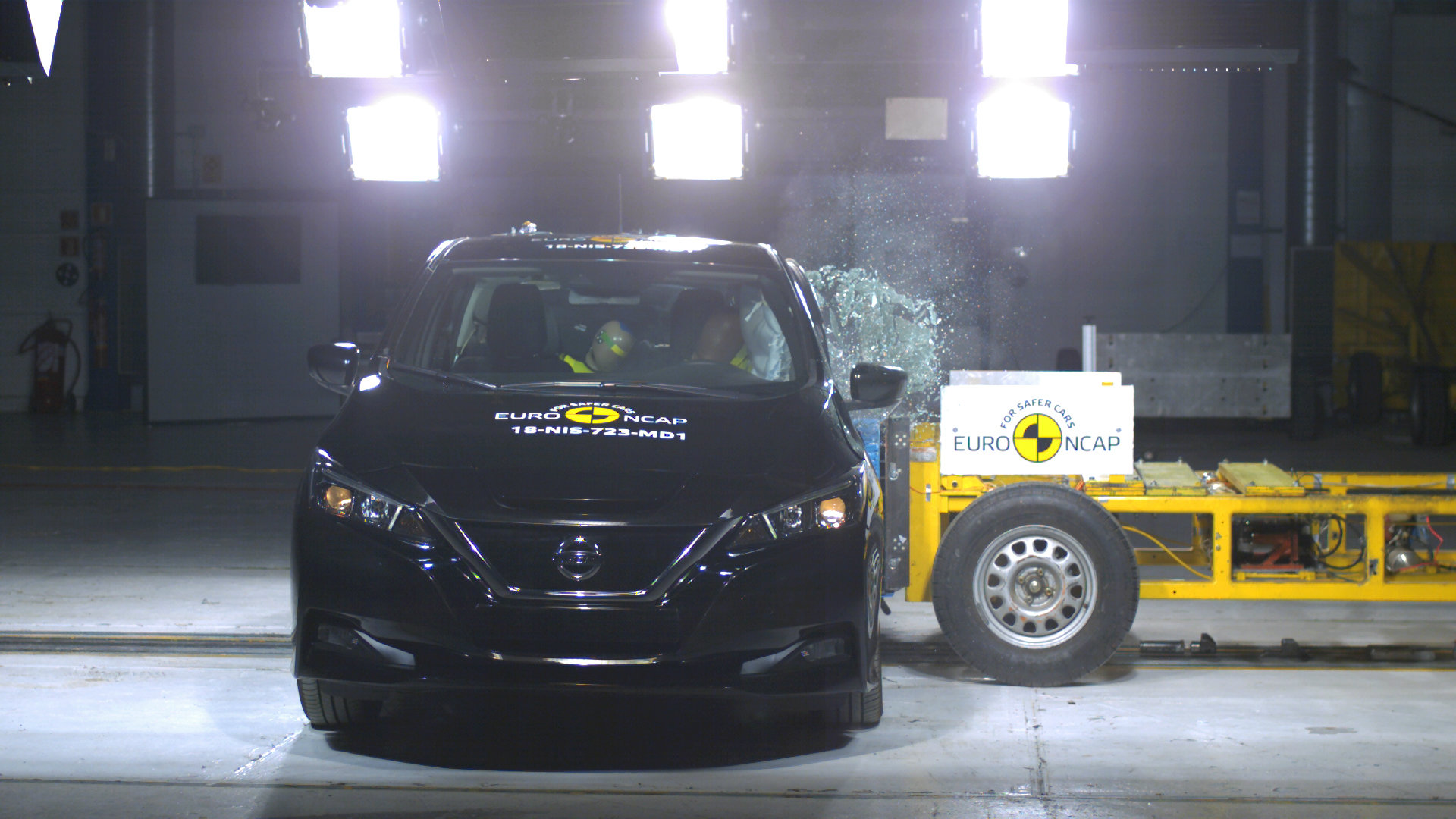 The 2018 changes to Euro NCAP’s safety assessment mean it helps a car get the all-important full five-star rating if its AEB system can detect cyclists (as well as cars and pedestrians).

The new Leaf’s AEB system has been appropriately configured for cyclist detection and so passed the new tests with flying colours.

And good news for pedestrians

Other changes to the Euro NCAP test for 2018 include the assessment of AEB pedestrian detection in dark and low-light conditions, to ensure a consistent response.

Euro NCAP has also introduced a new test for emergency lane-keeping systems, which can actively steer a car back into lane if it wanders towards the edge of the road. 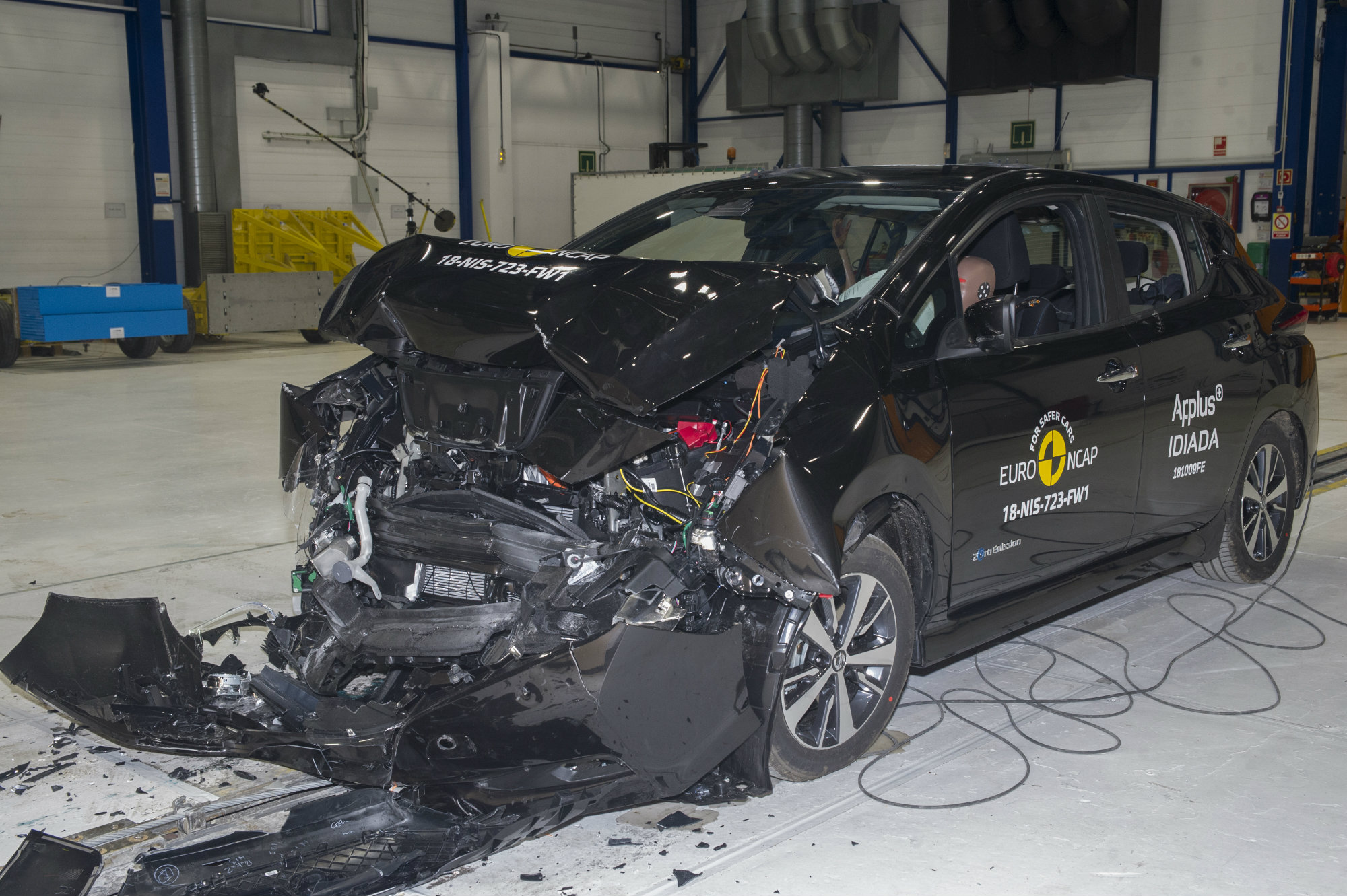 The new test determines whether the emergency lane-keeping system can accurately recognise the edge of a road (both marked and unmarked) and take action to keep the car within the centre of the lane.

Plus it finds out whether the car prevents the driver attempting an overtaking manoeuvre in proximity of an oncoming vehicle.

You can find out more about car safety features.