From long-range electric cars to stand-out redesigns and interesting collaborations, the New York Auto Show has delivered yet another batch of impressive new vehicles – and just weeks after the attention-grabbing display in Geneva.

Both shows are all about revealing the most exciting things happening in the automotive industry to eager car enthusiasts. But, naturally, the New York Auto Show is more US specific.

So you don’t have to read about lots of cars you’ll never be able to drive unless you take a trip stateside, we’ve rounded up the most important models you can actually buy one day.

Most of the models featured here are updated versions of some of the most popular models on the market – keep reading to find out more.

Ready to buy? Head over to our guide to the top cars of 2018, to discover the models we recommend (and those we don’t). 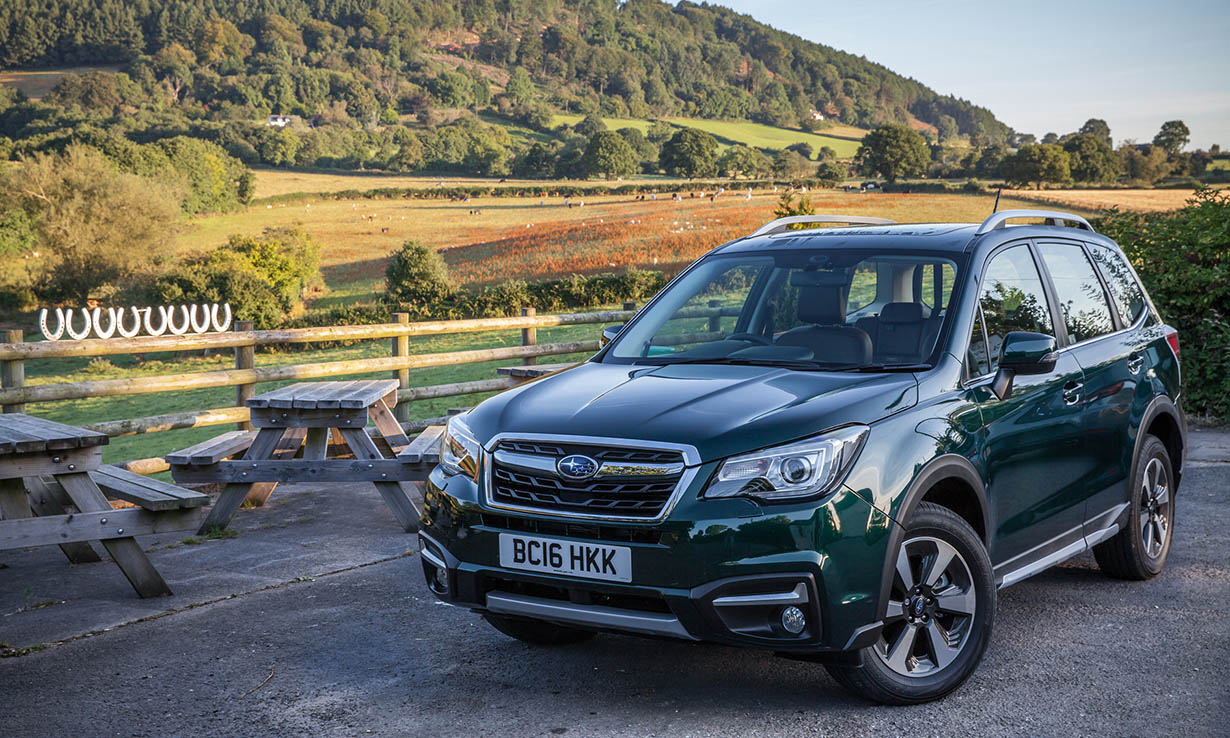 Fans of the Subaru Forester will be happy to know that the redesigned 2019 fifth-generation looks a lot like the model it replaces. But it comes with extra space for cargo and passengers, and has more advanced safety features.

The new, and most notable, technology is called DriverFocus – this uses facial recognition to ‘identify signs of driver fatigue or driver distraction’ and sounds an alert if it thinks you’re not at your best. Subaru claims it’s the first non-luxury brand to offer this type of tech.

Standard across the range is EyeSight driver assist – this is Suburu’s name for autonomous emergency braking. This kicks in and applies the brakes for you if, say, you’re approaching a car too fast or a pedestrian steps out.

Keeping to the brand’s robust four-wheel drive system, but updating to a 2.5-litre, four-cylinder engine, the redesigned Forester will be available to buy in Europe by the end of the year.

Is Subaru one of the most reliable car brands, or not? 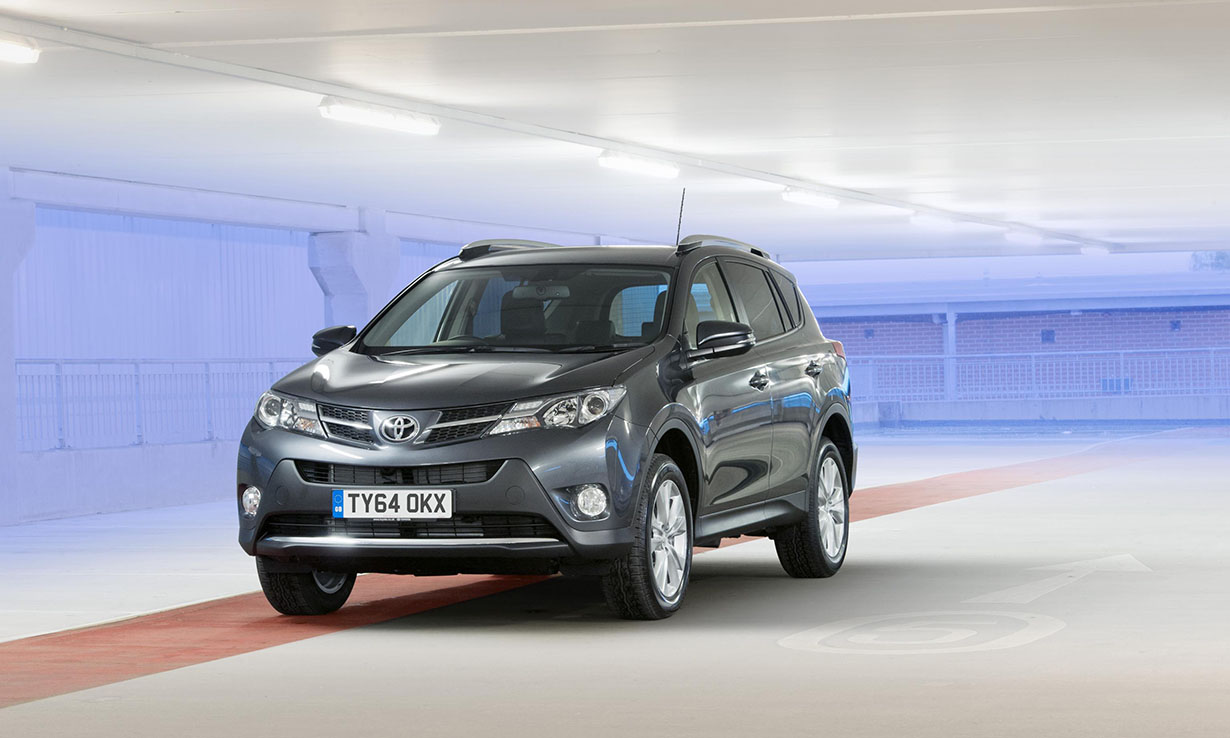 The new Toyota RAV4 has a more sculpted and aggressive appearance when compared to its predecessor. It competes with the likes of the Subaru Crosstrek, while offering more room inside too.

The fifth generation model has also received a 1.2-inch longer wheelbase, but is in fact a little shorter than its predecessor. Toyota explains it has the ‘charisma of a bolder, tougher SUV’.

The safety and comfort additions have not been forgotten either. From pedestrian detection to road sign assist, and a 7-inch touchscreen media system with in-built Amazon Alexa, the new RAV4 can be as kitted out as you want.

And last, but no means least, this model will also see a hybrid version released in late 2019. It combines a small electric motor with a traditional-fuel engine, plus comes with a second electric motor to power the rear wheels on battery alone.

With a new RAV4 on the horizon, you’re likely to be able to pick up a bargain if you buy the existing version later in the year. But should you? Read our expert Toyota RAV4 review to find out. 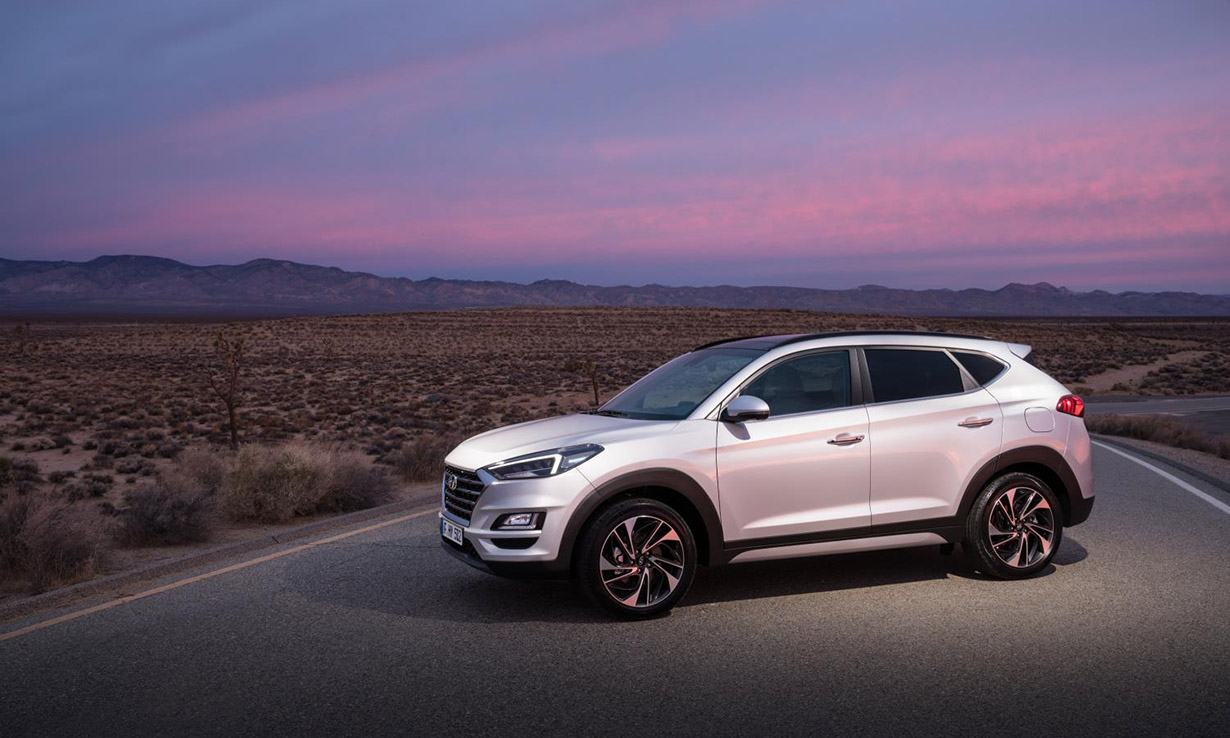 The existing version of the Hyunda Tucson has been the manufacturer’s best-selling car since it came out in 2015, and Hyundai has revealed updates both inside and out to its redesigned 2019 version.

The facelifted Tucson comes with a fresh set of safety features too, including forward collision-avoidance assist and lane-keeping assist as standard, as well as a surround-view camera.

While, on the inside, the leather seats are designed differently and there’s a stylish new centre console.

Hyundai also premiered the Kona EV, its first ever fully electric crossover. The manufacturer has said it will have a range of 250 miles on a single charge that would put it above the Tesla Model 3.

Both are expected to be available in late 2018.

Interested in electric cars? See our round-up of the very best, including their real ranges as revealed by our tests: best electric cars for 2018. 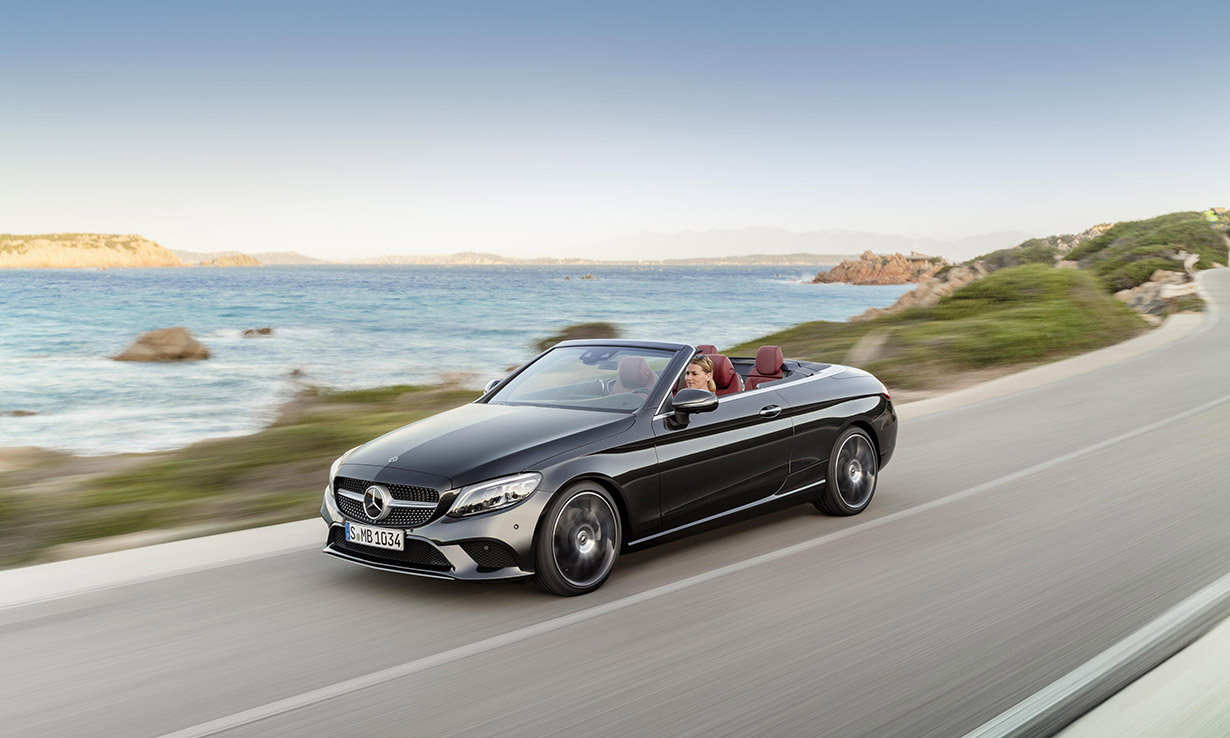 After Mercedes revealed a facelifted C-Class sedan at the Geneva Motor Show 2018 last month, it’s now unveiled the refreshed 2019 C-Class Coupe and Cabriolet (above), too.

The exterior hasn’t changed dramatically, just tweaks to the bumpers and additional standard LED lighting systems. It’s the mechanical changes that will have more impact.

The 2019 C-Class 4Matic has an updated 2.0-litre turbocharged four cylinder engine. The previous 241hp tubocharged petrol model has now been upgraded to 255hp.

Inside, Mercedes’ COMAND infotainment system now comes standard with a 10.25-inch screen on the 2019 C-Class Coupe and Cabriolet, and a 12.3-inch unit is optional.

Take a look at our most recent Mercedes reviews. 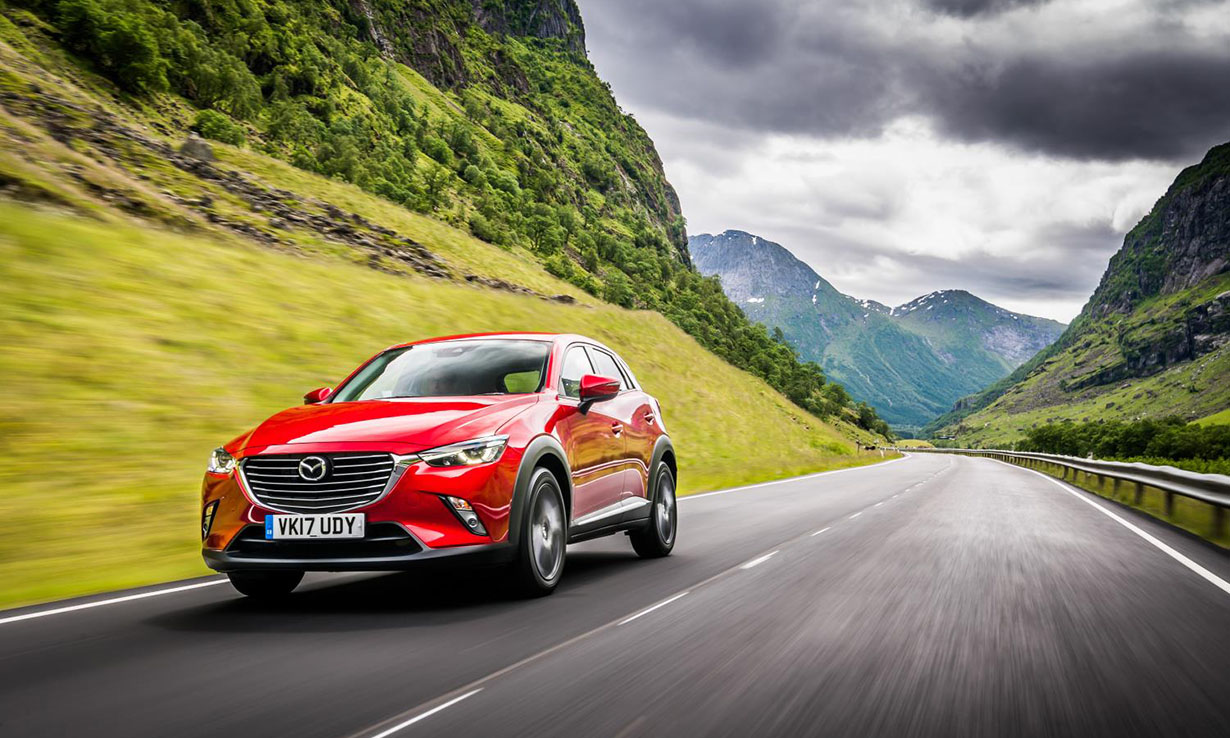 The second update to the Mazda CX-3 since it launched in 2015 also includes interior changes, such as the adoption of an electronic parking brake -this frees up more space for storage.

While Mazda claims the SKYACTIV-G petrol engine has had a number of improvements to further reduce emissions output and increase fuel efficiency.

Should you consider a Mazda? Find out what we think of its cars – see our Mazda reviews. 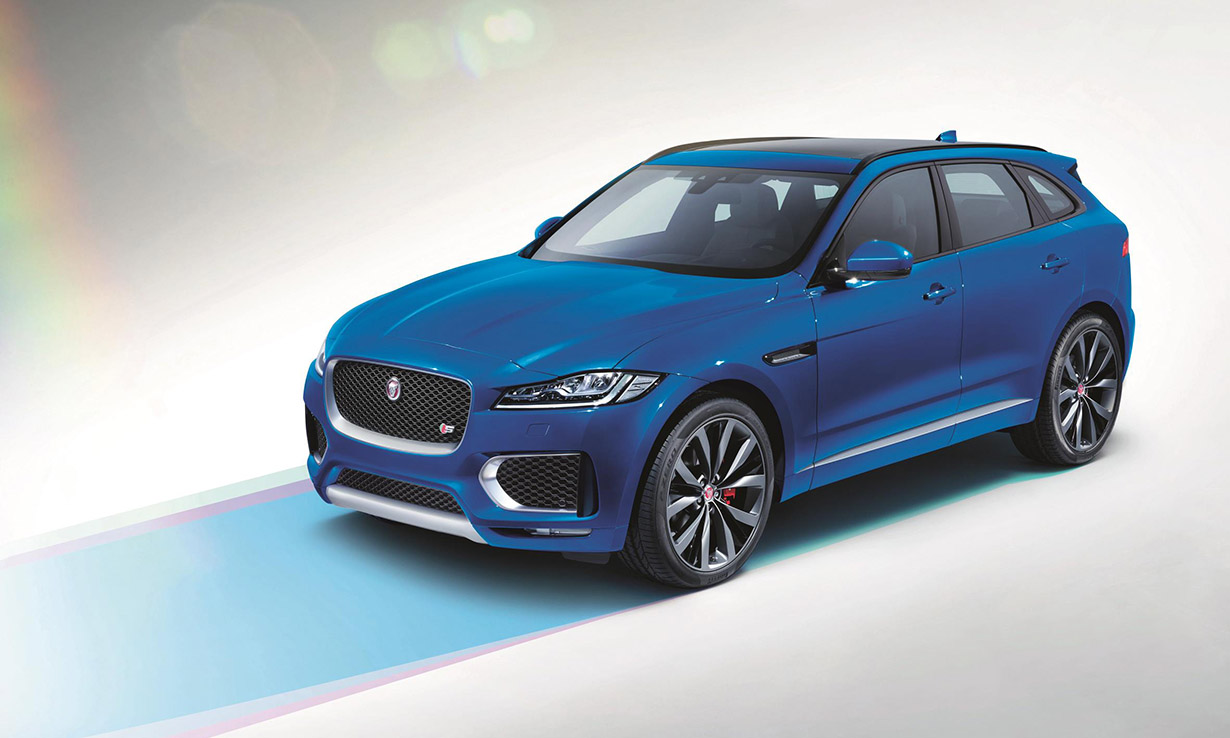 Powered by the same 5.0-litre V8 engine that can be found in the company’s F-Type SVR sports car, it’s likely to shape up to be one of the quickest SUV on the market this year.

The SVR won’t be available until the summer. But the brand’s first all-electric car, the Jaguar I-Pace, is out now.  We’ve heard that self-driving tech company Waymo will be partnering with Jaguar to create a fully autonomous version of the I-Pace over the next few years, too.

If all this talk of new cars has made you want to upgrade your motor, don’t rely on random reviews on the internet to help you pick your next model. We go that extra mile to make sure you buy the right car (and avoid the worst), as every model we review is subjected to hundreds of tests in our lab and on the road. See our independent, expert new and used car reviews.