TalkTalk has announced that it will be offering two ultrafast broadband packages to new customers in select locations throughout Great Britain.

Well known for affordable prices, TalkTalk uses the Openreach network to supply broadband. Until recently, the top fibre speed on offer has been 76Mbps.

Now new technology from Openreach – named G.fast – means that speeds of up to 300Mbps are available to some customers. This is seven times the UK average and would allow you to download a two-hour HD film in just 90 seconds.

How does that compare with the speed you’re currently getting? Use our free broadband speed checker to find out.

TalkTalk has two ultrafast broadband deals on offer: Faster 150 Fibre and Fast 300 Fibre. They’re both available for 18 or 24-month contracts. Basic plans include a phone line and unlimited landline calls to other TalkTalk numbers, but you can also add in a calling plan or a TV package.

So how do the new deals stack up against those from other ultrafast broadband providers? Like TalkTalk, BT uses the G.fast service. Virgin Media offers high speed broadband via its own cable network. We’ve compared similar deals from each provider in the tables below.

* A £40 installation fee is added if an engineer call-out is required.

Although TalkTalk is cheaper than BT, BT’s speed guarantee (see below) is an added advantage. There’s not much in it compared with Virgin – based on maximum speed, you’re paying proportionally the same for TalkTalk’s 150Mb as you are for either of Virgin’s.

150Mbps will be plenty for those who stick to browsing, social media and streaming, but fans of gaming or those who need to download large files may be tempted by even faster speeds. TalkTalk’s 300Mbps offering is compared with similar deals from BT and Virgin Media below.

* A £40 installation fee is added if an engineer call-out is required.

BT is again the most expensive here, but TalkTalk actually comes out more pricey over 18 months than Virgin, and with slower quoted maximum speeds. However, the best provider for you won’t just come down to price – there are other differences to consider.

While the prices from BT are highest overall, it offers a speed guarantee for its two deals (named Ultrafast 1 and Ultrafast 2). You can claim £20 up to four times a year if the minimum speed isn’t met by the service.

Keeping its focus on price, TalkTalk offers ‘Fixed Price’ deals – it guarantees that the amount you’ll pay each month is fixed for the length of the contract. Its two deals are also available for 24-month contracts if you’d like to ensure the price remains the same for longer. TalkTalk also doesn’t apply a traffic management policy, meaning it won’t throttle your speeds at peak times.

Virgin Media offers a lot of flexibility around its deals. If you’re happy to skip the phone line, you can do so, and you can opt for a rolling contract rather than a fixed term. Removing a phone line reduces the cost of VIVID200 and VIVID350 by £66 over the course of 18 months.

Our survey of broadband customers has also shown clear differences in the satisfaction levels of BT, TalkTalk and Virgin Media customers. Find out which was rated best for speed, connection reliability and value for money using our overview of the best broadband providers. 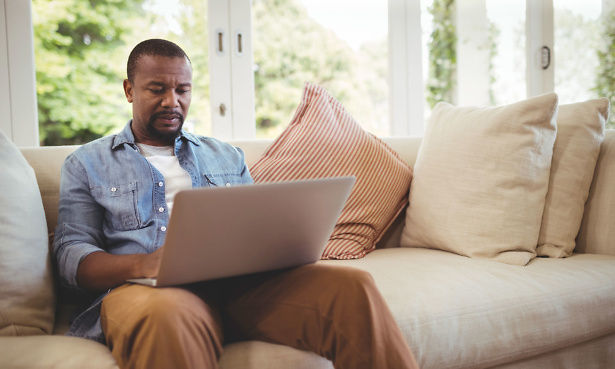 Can I get one of the new ultrafast packages?

Openreach plans to roll G.fast out to 10m homes by the end of 2020, but it’s currently available in around 550,000 homes and businesses throughout the country. You may be able to sign up to one of BT or TalkTalk’s ultrafast deals if you live in one of these 11 towns and cities throughout Great Britain:

Virgin Media’s network is more widely available, covering more than half of UK households. Find out what each provider has on offer at your address using the postcode checker available on their websites.

If you’re not yet covered, better broadband may still be on its way. In February, telecoms regulator Ofcom announced new rules to encourage the roll-out of faster broadband throughout the country.