When the new year rolls around and the latest set of flagship smartphones are announced we largely know what to expect. The focus is always on the big household names such as Samsung and Apple, but are their handsets always the most exciting?

Standards are so high it’s hard for them to truly blow us away – in 2018 the title of most highly anticipated mobile arguably went to an outside contender: the Huawei P20 Pro.

Everybody loves an underdog, although that title might be something of a misnomer when it comes to Huawei. It’s actually the second biggest smartphone manufacturer in the world, ahead of Apple but behind Samsung, thanks mostly to a gargantuan number of sales in East Asia. When it comes to here in the UK, though, the average shopper might not even know who Huawei is, let alone own one of its handsets.

Our eyes lit up when we saw its latest flagship model unveiled. With an incredible design and some monster specifications it looked like Samsung might finally be facing a true contender to its Android crown. Like Charlie running home with his chocolate factory golden ticket, we hurried it to our test lab as soon as we could. To find out more, and to take a look at some of the other models we tested, read on.

Best Buy smartphones  – our definitive list of the best phones money can buy. 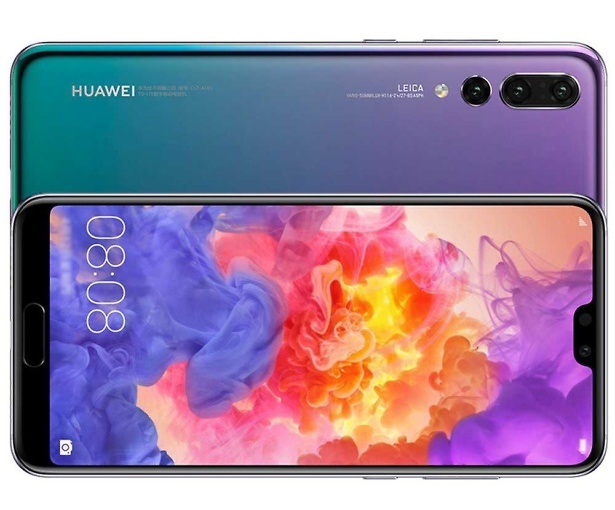 As large as it is luxurious, if our smartphone test was strictly a beauty contest then the P20 Pro would be one of the highest-scoring handsets of all time. Unfortunately for Huawei, though, there’s a little more to it than that.

Flip over the P20 Pro’s metallic, pearlescent glass back and you’re faced with a massive 6.1-inch display that’s practically edge-to-edge in three of four directions, with only a thin bezel at the bottom to allow for a home button/fingerprint scanner. It’s an AMOLED display, which means its colours should be crisper and bolder than conventional screens, but at a resolution of 1,080×2,240 it could be asking too much of the comparatively low pixel count.

If that resolution sounds strange, it’s because the P20 Pro uses an 18:9 aspect ratio rather than the more common 16:9. It’s essentially just 1080p Full-HD with some extra vertical pixels to make up for its elongated shape. 408ppi (pixels per inch) is still a very respectable figure, but compare that to the 529ppi of the Quad-HD panel on the  Samsung Galaxy S9+, its main rival, and you have to wonder if Huawei couldn’t have gone the extra mile to match it.

There’s no corners cut on performance, though, with its octa-core Kirin 970 processor the most powerful Huawei has made to date. Backed up with 6GB of Ram, it should have more than enough power to handle multiple demanding apps at once.

Then, there’s the camera. Perhaps the most eye-catching aspect of the P20 Pro, it doesn’t just settle for one rear-facing lens, or even two – it’s the first mobile phone we’ve tested with a triple-camera setup. There’s a 40Mp RGB lens, a 20Mp monochrome lens and an 8Mp telephoto lens, and they all work together (along with a 3x optical zoom) to try to create photos with a greater depth of field, a more dynamic range of colours, and sharper, more distinct silhouettes. Equally likely to be a gimmick as it is to revolutionise smartphone photography, the results should be interesting either way – at the very least we know that it gives the P20 Pro a range of fun special effects, including its own version of the iPhone X‘s portrait mode.

When you’re spending this much money on a smartphone you don’t want to take any chances.

To find out if it’s worth the investment see our full Huawei P20 Pro review. 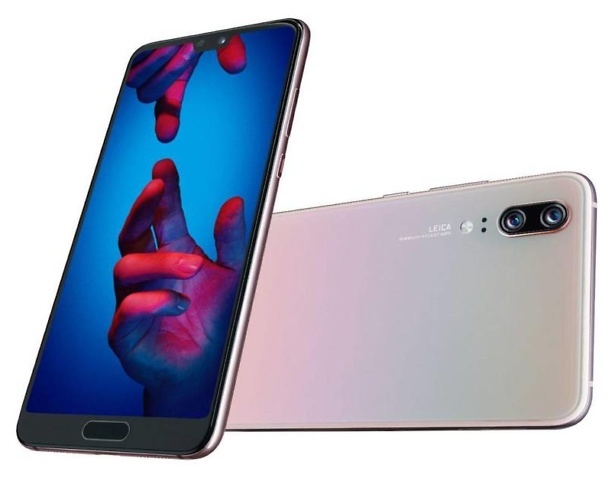 If the P20 Pro is designed to be the rival to the Galaxy S9+ then the P20 is going head to head with the Galaxy S9. That means it’s a little smaller than the P20 Pro, with a 5.8-inch display, and 4GB of Ram instead of 6GB. While the display is the same resolution as on its bigger brother, it’s LCD rather than AMOLED, so it won’t be quite as vibrant. Pleasingly for potential P20 buyers, but perhaps annoyingly for those looking to spend extra on the P20 Pro, both models have the exact same high-end processor, so power won’t be an issue here.

It has the same slick glass-backed body, but you’ll notice one key difference straight away: a mere two lenses instead of three. You get one 12Mp RGB camera and another that’s 20Mp monochrome. There’s no true optical zoom (you get a 2x hybrid zoom instead) but the lenses still work together to give you crisp images and incredibly depth effects.

Like the P20 Pro it comes with a spacious 128GB of internal storage, but neither handset has a micro-SD card slot – only you can say whether or not that will prove an issue, although 128GB will likely be enough for all but the heaviest of users.

With a £200 saving over its more advanced-range mate, could the Huawei P20 strike the perfect balance of price and performance?

Get our our definitive verdict in our full Huawei P20 review. 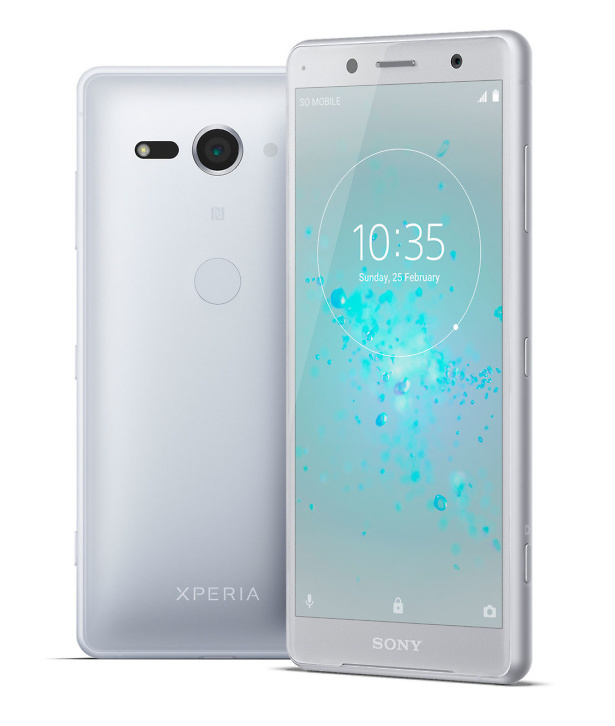 Eight years ago Sony was the third most popular mobile device brand in the UK; in 2018 it’s almost nowhere to be seen. The brand has struggled to match the powerhouse flagship devices of its rivals for a while now, but that hasn’t stopped it from trying. The Sony Xperia XZ2 is 2018’s main effort, and it seems to tick almost all the boxes you’d look for.

It adopts the same unconventional aspect ratio as the Huawei handsets listed above, with its slightly smaller 5.7-inch display adopting a resolution of 1,080×2,160 pixels. As octa-core Kirin processors are unique to Huawei devices, it instead uses the more broadly available Qualcomm alternative – the Snapdragon 845 – which is very, very close to it in terms of raw power, perhaps even edging it slightly. It also features 4GB of Ram to ensure that everything loads quickly and your multitasking runs smoothly.

You get a smaller 64GB of internal storage, but can boost it with a micro-SD card. One aspect of the Xperia XZ2 which is not smaller, however, is its body. Despite the ordinary screen size, this handset is made absolutely huge thanks to its bezels – and it’s thick, too. It’s not one to easily slip into the front pocket of your favourite pair of skinny jeans.

The enormous metallic rear of the device is where you’ll find the fingerprint scanner and the camera, which seems a little old-hat after all this talk of triple-lens setups. It only has the one 19Mp camera, but Sony has maintained such a strong record with photography over the years that it’s no real cause for concern.

Is this a return to form for the fallen Japanese giant, or has it fallen short of the competition yet again?

We reveal all in our Sony Xperia XZ2 review. 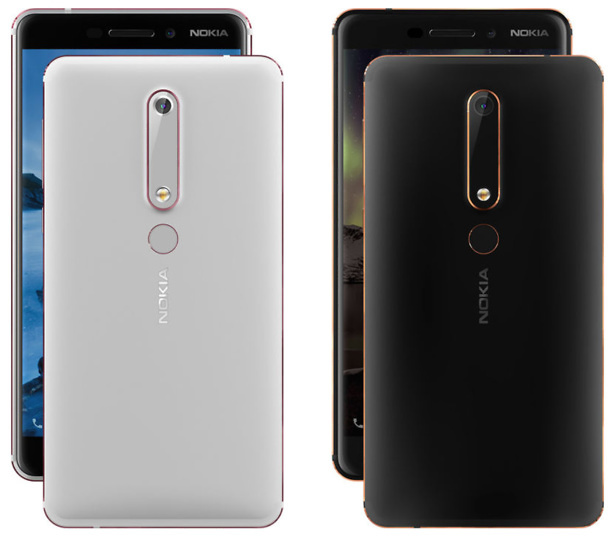 If you’re after something a little more affordable then the Nokia 6 may have caught your eye. Nearly driven to extinction after failing to adopt Android until last year, the 2017 version of the Nokia 6 was actually the first handset to use Google’s popular operating system. There’s not a huge deal of difference between the two models, but that’s no reason to ignore it.

Just like on last year’s version there’s a 5.5-inch Full-HD display, which is a little more compact than the rest of the models in this article, for those who want to avoid hand cramps when sending a text message. It’s upgraded on the processor, though, swapping in an octa-core Snapdragon 630 chip plus 3GB of Ram. Don’t be fooled by the bigger number in the name, though – it’s a fair bit less powerful than the one in the Xperia XZ2, as you might well expect for this price.

Unsurprisingly there’s also just the one camera on the rear, too. It’s largely identical to the one on the previous Nokia 6, only this one has optics made by German brand Zeiss, who frequently partner with Nokia. There’s a fingerprint scanner just beneath it, too, which is a very welcome feature on a handset this cheap. Money is definitely saved by only providing 32GB of on-board storage, but that can be expanded with a micro-SD card. It comes running the latest version of Android (8.0 Oreo) which is a nice bonus, too.

Did the new Nokia 6 manage to spring a surprise in our test lab, or is it another bargain bust?

Find out with our full Nokia 6 review.

With a £159 price tag and a deceptively premium look, could the Honor 9 be the budget smartphone you’ve been waiting for? Click through to read our full Huawei Honor 9 review.

Stepping it up a little bit, the P Smart fills the mid-range void for the Huawei. With a dual rear-facing camera and iPhone-esque design, at just £229 it could be one to watch. Be sure to read our Huawei P Smart review.

Only the very best phones make it into our table of the Top 5 smartphones for 2018.