Bosses of companies caught making nuisance calls could be personally fined up to £500,000 under new proposals.

It’s hoped the move will spell the end to the ‘everyday menace’ of nuisance calls and hold ‘rogue bosses’ to account.

Currently, only businesses are liable for fines of up to £500,000 and some directors were able to escape the punishment by declaring their firm bankrupt then starting up again under a new name.

The Information Commissioner’s Office (ICO) also revealed last week that it had recovered a little more than half of the £17.8 million in fines it issued for nuisance calls since 2010.

The extended powers of the ICO, announced today, will mean the directors themselves could soon be held personally liable for breaking the law.

In October last year Which? found that seven in 10 people had received an unsolicited call to their landline or mobile in the previous month.

Almost a third of those people reported they’d received 16 nuisance calls or more during that time.

Those cold calls had a significant impact on everyday life for many – 73% of the more than 2,000 survey respondents said receiving cold calls discouraged them from picking up the phone when it rings. 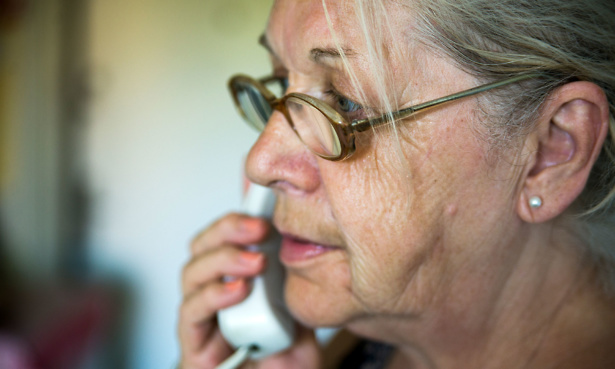 An end to dodgy practices

Which? has been calling for the government to crack down on nuisance call company directors for the past few years and has welcomed the new proposed punishments.

Which? managing director of home products and services, Alex Neill, said: ‘For too long, those who bombard people with calls have been able to skip fines and sidestep the rules by closing one business and opening another.

‘The new proposals must result in an end to such dodgy practices so that company directors responsible for this everyday menace are properly held to account.’

Consultation on the proposals ends in August.

You can complain about a company (or a specific number) making nuisance calls and texts to a number of organisations including the TPS, your phone operator, Ofcom (which covers silent and abandoned calls) or the ICO.

If you’re plagued with unwanted calls, read our guide for tips on how to stop nuisance calls, with a free step-by-step guide to help you make a complaint.

We’ve been calling for this for years, along with over half a million supporters of our nuisance calls campaign. If you’ve backed us already, thank you. If not, you can sign our petition here: https://t.co/pjonZDVZvO

Minister for Digital and the Creative Industries Margot James said: ‘Nuisance calls are a blight on society and we are determined to stamp them out.

‘For too long a minority of company directors have escaped justice by liquidating their firms and opening up again under a different name.

‘We want to make sure the Information Commissioner has the powers she needs to hold rogue bosses to account and put an end to these unwanted calls.’

We’ve been campaigning to stop you from being bombarded by nuisance calls and texts and there’s still a way to go. Sign our petition and report your nuisance calls to keep up the pressure.

BrightHouse on the brink: what could it going bust mean for debts and compensation claims?

Laura Ashley heads for administration: what does it mean for customers?