After leaked reports claimed the government would prohibit the sale of plug-in hybrid cars that couldn’t manage 50 miles on electric power alone, we dug into our test data. Not only can none of today’s cars manage 50 miles, but we also found that in our tests, on average, plug-in hybrids fall short of their manufacturers’ claimed range by 17%.

We got in touch with the Department of Transport to see what it had to say about the leaked reports, which claimed plug-in hybrids would fall victim to the government’s ‘Road to Zero’ strategy, aimed at improving the UK’s poor air quality.

A Department of Transport spokesperson said: ‘It is categorically untrue that government is planning to ban the sale of hybrid cars in the UK by 2040.’

‘The Road to Zero strategy will outline a pathway to a zero-emissions future. This document is yet to be finalised and will be published shortly.’

Now that’s out of the way, keep reading to find out which plug-in hybrid cars don’t match their claimed ranges in our tests – which includes the Toyota Prius.

Can’t decide which type of car would be best for your needs? Head to our round-up of the best new and used cars.

How do plug-in hybrids perform now?

Awareness of air pollution has had a dramatic effect on car sales. We’ve seen a 32% downturn in new diesel registrations in the year to date compared with 2017. Conversely, plug-in hybrids have enjoyed a 36% increase in popularity over the same period.

However, while carmakers are now putting their full weight behind alternative-fuel technologies, none of the currently available plug-in hybrid models we’ve subjected to our road and lab tests would be eligible for sale if a minimum 50-mile electric-only range for hybrid cars was introduced.

Our tests have also revealed shortfalls in plug-in hybrids’ real-world driving ranges compared to their manufacturer claims. On average, they fall short by 17%.

Some models, such as the Volkswagen Golf GTE, did match the claimed figure, though – but only by driving very carefully indeed. 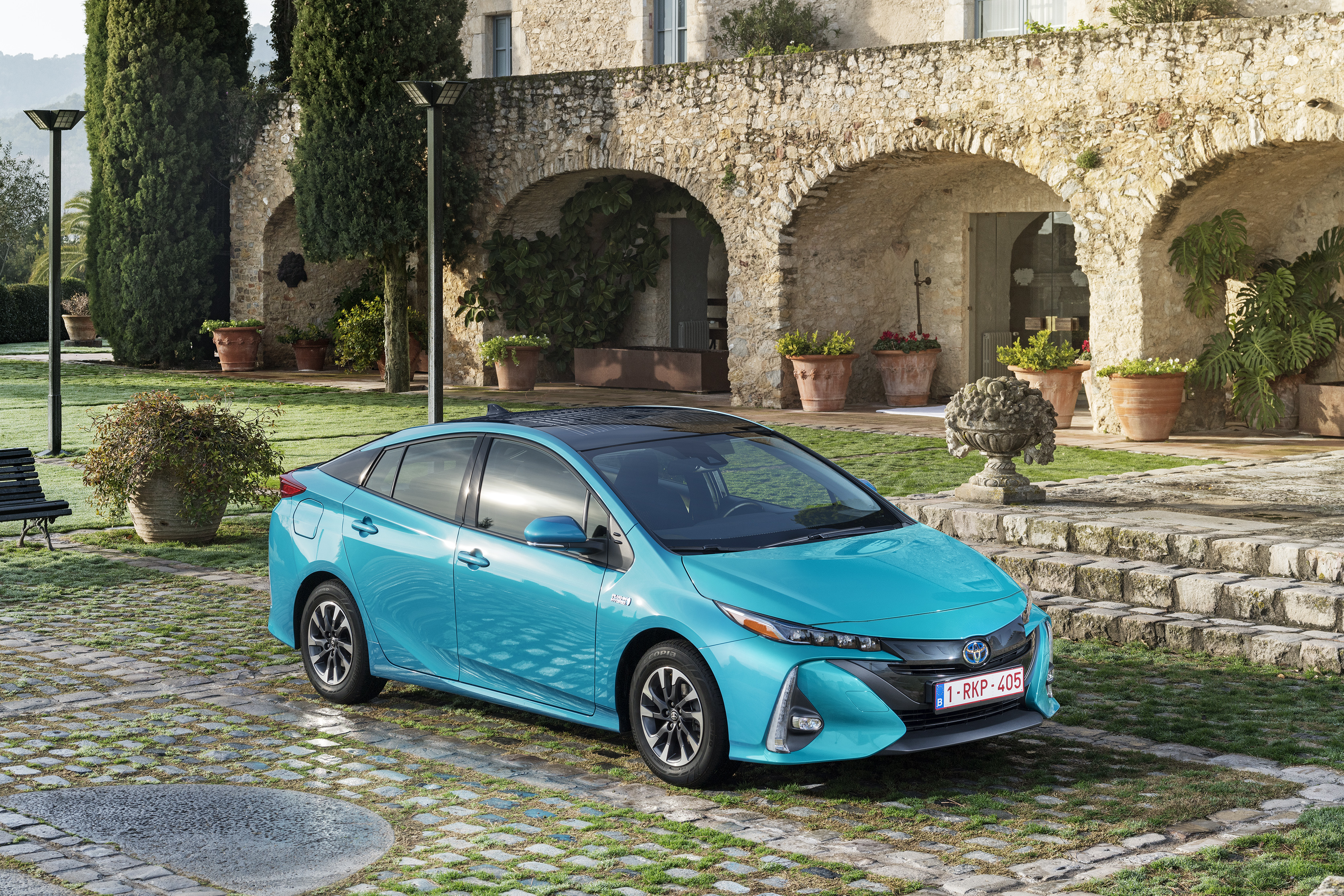 Even hybrid pioneer Toyota can’t quite match its claims. Its latest and most efficient plug-in model, the Prius PHEV, will travel up to 39 miles on a full charge, according to Toyota. In our more realistic tests it managed just 31.

The image below shows how far you can drive on the batteries of all the new plug-in hybrid models we’ve tested, compared to their manufacturers’ claims. 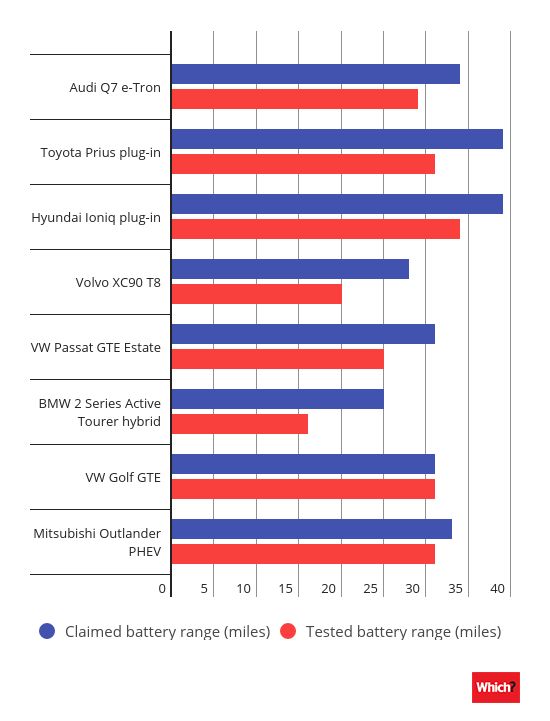 Should I buy a plug-in hybrid?

On the face of it, a plug-in hybrid car is the best of both worlds: emissions-free electric running but with an on-board petrol or diesel engine which eliminates the need for lengthy recharging stops on longer trips.

However, unless you can regularly recharge the battery and make use of its electric-only range, you’ll never get anywhere near the claimed fuel economy.

If you regularly travel long distances, tow a caravan or horse box, or need a large powerful car, opting for diesel could prove to be the most economical choice.

However, our research has shown that even models that comply with the latest EU emissions standard (EU6) can produce very high amounts of harmful NOX and particulate matter.

Discover which brands performed best in our guide to air pollution and car emissions.