While most of the attention may go towards its smaller sibling, every year Samsung releases a plus-sized version of its flagship handset. This model will usually have a bigger screen, a better camera and more power, and 2018’s Galaxy S9+ is no different.

With its massive display, souped-up processor and cutting-edge camera, could it be the best smartphone ever to pass through our test lab?

If laying out more than £850 is a bit excessive for you (and, honestly, we wouldn’t blame you) we’ve tested four other handsets at a variety of price points – finding a Best Buy in the process. There’s two new models from Chinese giant Huawei, a big-screen Sony Xperia and an Android-powered Nokia. Read on to see if any of them could be your next potential purchase.

Only interested in the cream of the crop? Head straight to our Best Buy mobile phones. 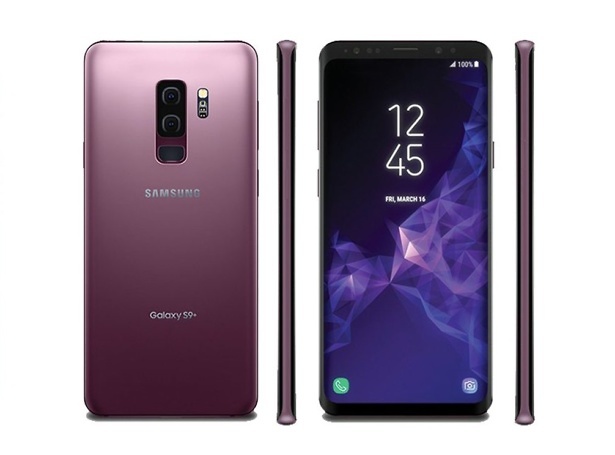 A 6.2-inch Quad HD+ Super AMOLED edge display. Wide angle/telephoto dual rear cameras. The latest Snapdragon octa-core processor and 6GB of Ram. The headline specs are as bombastic as you’d expect, as they well should be for the price being asked. You don’t get a choice of internal storage, with 64GB the only option, but it has a micro-SD card slot for expanding upon it. There’s a sizeable 3,500mAh battery, 4K video recording, wireless charging, a fingerprint sensor, iris sensor, NFC and more. The specs are equal to or better than the regular Galaxy S9 in every regard.

Bigger display and technical upgrades aside, it’s that dual camera that really sets it apart from its little brother. Both sensors are 12Mp, but one shoots in full colour while the other only shoots in black and white. Rather than operating separately or providing two sets of unique abilities, their purpose is to act together to give you the best single photo possible. Two lenses helps improve image stabilisation, offers a greater depth of field and improves colour accuracy – in theory, at least. It’s that same camera that sets it apart from its predecessor, the Galaxy S8+, too – the biggest of what is actually very few differences between the two handsets.

It comes running Android 8.0 Oreo, which can then be instantly updated to 8.1 straight out of the box. It’s the latest version of Android at the time of writing, and there’s little doubt that it will be one of the first handsets to receive an Android 9.0 update when it arrives later this summer. On top of all the security and ease of use updates that this current version of the Android OS brings, it also has Bixby – Samsung’s own personal assistant. Just like Amazon’s Alexa or Microsoft’s Cortana, you can use it to control just about every function of the Galaxy S9+ via your voice. It even has a Bixby-dedicated button on its side so that you can use it when you’re in another app.

Needless to say, expectations were high when it arrived at our lab. To find out how it compares with the best of the best, click to read our full Samsung Galaxy S9+ review. 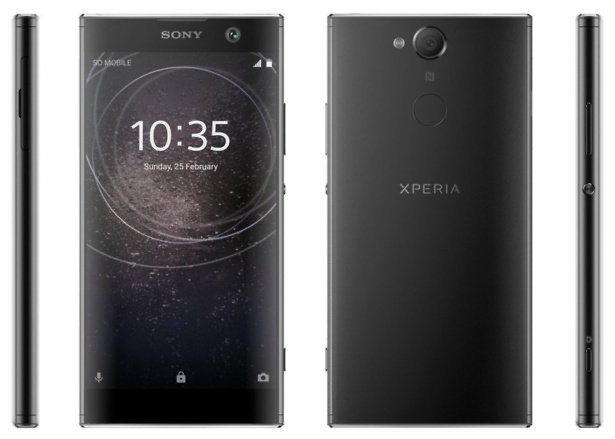 As the price should immediately tell you, this isn’t a phone meant to challenge the Galaxy 9+. What it might just do, though, is challenge your way of thinking. Do you really need an £800+ smartphone when handsets like this exist for a third of the cost?

A few years ago this phone would have been considered absolutely top of the line. It has a Snapdradon 630 octa-core processor and 3GB of Ram, a large 3,300mAh battery, a 5.2-inch 1080p Full-HD display, and a whopping 23Mp rear-facing camera comprised of components similar to those found in Sony’s range of fully-fledged digital cameras. It even comes running Android 8.0 Oreo, the latest version of the operating system. All of that, wrapped up in the appealing square metallic build the Sony Xperia range is famous for.

There’s nothing there that stands out in a negative light. You almost wonder how Sony managed to create such a competitive list of specs for such a low price. Is it too good to be true? Looking for its weaknesses at a glance there’s the fact that it only has 32GB of internal storage, but you can expand that with a micro-SD card. Then there’s that metallic build, which isn’t actually metal but a very convincing plastic instead.

Of course we could only really say for sure whether it was a true bargain or not once we got it to our test lab. Click the link to read our full Sony Xperia XA2 review. 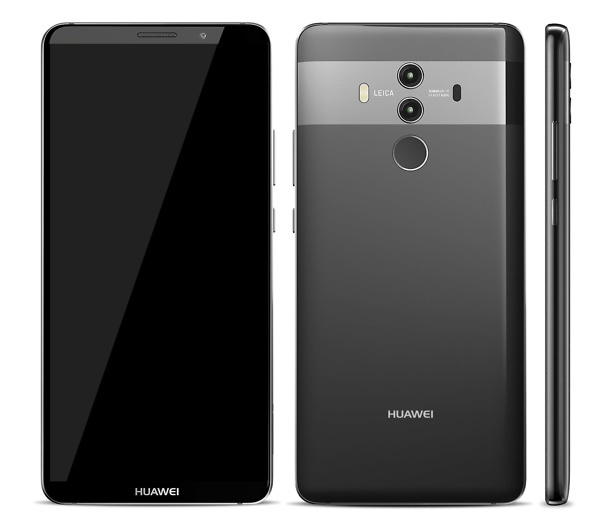 Sitting somewhere between the two models above lies the Huawei Mate 10 Pro. Closer in size to the Galaxy S9+, the massive 6.0-inch OLED display is the main draw here. It uses an unconventional 18:9 aspect ratio, rather than the standard 16:9, though. This means that its impressive-sounding 2,160×1,080 pixel resolution is in fact just a little bit better than 1080p Full HD.

As always with Huawei handsets there’s a Kirin processor made by the company itself – in this instance the octa-core Kirin 970, which pumps out a fair bit of power, backed up by a massive 6GB of Ram (that’s the same amount as on the Galaxy S9+). There’s also a generous 128GB of storage built-in, which you may well need to make full use of given that there’s no card slot for expanding upon it.

Another obvious parallel between it and the Galaxy S9+ is its dual camera. There’s one 20Mp monochrome lens and one 12Mp full colour lens – that’s actually a higher pixel count than the Samsung, and it shoots 4K video just like it, too.

This isn’t Huawei’s most anticipated release of the year – the honour, and pressure, of that falls to the Huawei P20 Pro – but when it comes to price vs performance the Mate 10 Pro seems to strike a very tempting balance.

Could this be an unexpected cut-price rival to the Samsung Galaxy S9+? You can read our full Huawei Mate 10 Pro review here. 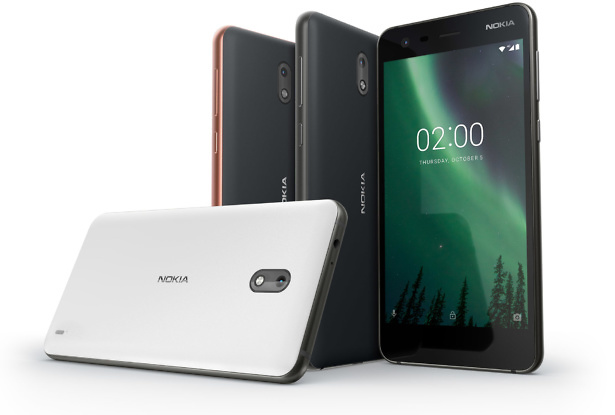 You’d be forgiven for thinking that Nokia smartphones were dead and buried, but it actually took its tentative first steps into the Android smartphone game almost a year ago. The Nokia 2 is one of its cheapest Android handsets to date – could it channel the charm of its classic models?

When it comes to looks the Nokia 2 hasn’t moved on much from the Windows-based Lumia phones that paved the way before it. Smooth and simplistic, it comes in a variety of monochrome shades, its commitment to symmetrical bezels making it a fair bit larger than a handset with a 5.0-inch display needs to be. That same display is where the cost-cutting starts to come into effect, as it only has a 1,280×720 pixel HD display – that’s only 294 pixels per inch, which isn’t great.

It also comes running Android 7.1 Nougat, which was succeeded by 8.0 Oreo more than eight months ago. There are worse ways to save money, though, as a handset this basic won’t have much use for the absolute latest version of the OS. It has a considerably under-powered 1.3GHz processor and just 1GB of Ram, so don’t expect it to do much heavy lifting when it comes to apps.

The last bit of technological austerity comes in the form of its camera, an 8Mp rear-facing snapper – that’s the same megapixel count you’d have seen on Apple’s 2011 iPhone 4s. Oh, and you only get 8GB of internal storage, too, meaning a micro-SD card is virtually essential.

£100 for a new smartphone is an excellent price, and specifications can be deceiving. Find out if it can punch above its weight by reading our full Nokia 2 review. 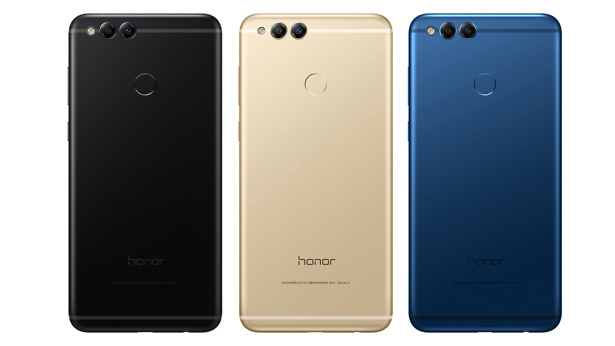 Double the price of the Nokia 2 and you get the Honor 7x, a handset from Huawei’s budget subsidiary Honor. It’s quite a step up, too, looking very impressive on paper for such a reasonable outlay.

It’s got a very similar display to the one seen on the Mate 10 Pro – 5.93-inches at a resolution of 2,160×1,080. It’s also got a Kirin octa-core processor, albeit the slightly more restrained 659 model. That’s paired with 4GB of Ram and 64GB of on-board storage (which you can expand with a micro-SD card, if you need to). It’s all impressive stuff, and when you add in the dual camera it only gets better. One lens is 16Mp, the other 8Mp, so it should be taking photos comparable with those you’d usually see on handsets twice the price.

There’s no NFC, which is a shame for those who regularly use Android Pay, but there is a fingerprint scanner on the Honor 7X’s back – a nice extra to see on smartphone this cheap. It only comes running Android 7.0 Nougat rather than 8.0 Oreo, although an update will be rolling out over the summer. For a ‘budget’ handset, it’s pretty impressive that an older version of Android is the only obvious tell to separate it from considerably more expensive flagships.

It promises a lot, but did it live up to its specifications when we put it through its paces at our smartphones test lab? Read the full Huawei Honor 7X review to find out.

Smartphone reviews – Want to see every handset we’ve tested? Then click the link to jump straight to our mobile phone reviews homepage.