The long bank holiday weekend is the perfect time to check whether you’re owed potentially thousands in mis-sold PPI before the deadline hits next year.

And we can help you make a claim for free.

The Financial Conduct Authority (FCA) surveyed more than 2,000 Brits about their to-do lists and found that 60% feel overwhelmed by the volume of tasks they need to complete, from sorting out finances to walking the dog and mowing the lawn.

But three quarters are planning to use the long bank holiday to tick things off their job lists.

In the FCA’s current campaign, an animatronic Arnold Schwarzenegger head says to make a PPI claim and to ‘do it now’, which is what the authority is echoing in its May bank holiday message. 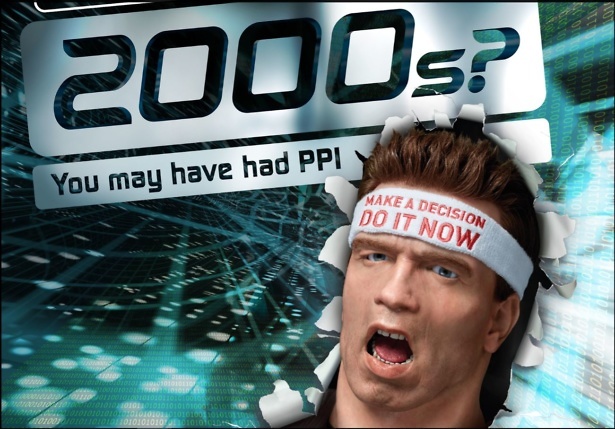 Andrew Bailey, chief executive of the FCA, said: ‘Almost half the population say a deadline is the motivation they need to get things done, so we’re urging everyone to make sure they get one important thing ticked off their list this bank holiday – and that’s checking whether they’re eligible to claim for PPI.’

The FCA is also working with Countdown‘s Rachel Riley to help get the message out before the 29 August 2019 deadline for claims.

Rachel said: ‘Life can often feel overwhelming with the number of things we need to do, so it’s easy to understand why many of us find it difficult to tame those to-do lists.

‘This is especially true when it comes to tasks that we don’t consider urgent, feel like too much of a hassle or just sound a bit boring, like checking whether you’ve been mis-sold PPI.’

In total, almost £30bn has been paid out since 2011, but the big five banks still have billions set aside for future claims.

Make a PPI claim with Which? free of charge

We have a free guide to help you make a PPI claim and send it directly to any major bank you had credit with.

There’s no middleman or fees involved, regardless of whether you have any of the paperwork or not.

Which? Money Expert Gareth Shaw, said: ‘As the deadline to claim on PPI draws closer, and with potentially hundreds of millions still to be claimed, we’re urging anyone who thinks they might have been mis-sold PPI to lodge their claim now.

‘However, claimants should really avoid using costly claims management companies, which can retain up to a third of any claim, costing people hundreds, even thousands. We’ve found that one in four people using our claim tool have been successful, enjoying on average almost £2,000 cost-free.

‘Even those who were rejected before August last year should consider re-submitting their complaint under the Plevin ruling, which compensates people who were charged a high level of commission when sold PPI – making thousands more eligible. So don’t procrastinate – claim back now.’