A criminal investigation into Vauxhall has been launched says the Driver and Vehicle Standards Agency (DVSA) over a spate of fires that affected Zafira B models.

A 2017 report from the Transport Committee concluded that the car manufacturer was too slow in beginning its full investigation after first receiving a report of a Zafira catching fire in 2009. Official recalls did not begin until 2015, after 161 fires had been reported.

It also states that the fires were caused by ‘unauthorised repair’ of the thermal fuse located in the Zafira’s blower resistor.

Luton Borough Council has joined forces with the DVSA to pursue the investigation as Vauxhall is based in Luton, Bedfordshire,

Find out what we made of the Zafira when we reviewed it.

Car brands you can trust – want to know how long your next purchase will last? See how 44,000 owners ranked their car for reliability

What the DVSA has to say

The DVSA stated that: ‘DVSA’s priority is to protect you from unsafe drivers and vehicles. We have made it clear to manufacturers that to protect consumers, they should swiftly rectify problems and meet their obligations under the code of practice.

‘DVSA will take the necessary action against any manufacturers who fail to comply with their obligations.’

Vauxhall is understood to be complying with the investigation. To date no one has been seriously injured as a result of one of the fires – although in some cases fire eventually consumed the entire vehicle.

Vauxhall isn’t the only manufacturer to be under the magnifying glass for safety issues. We recently reported on the case of a BMW that suffered a total power failure leading to another driver dying in the ensuing accident. The accident occurred in 2016, but according to the DVSA BMW had known of the fault in question as early as 2011.

Is my Vauxhall affected? 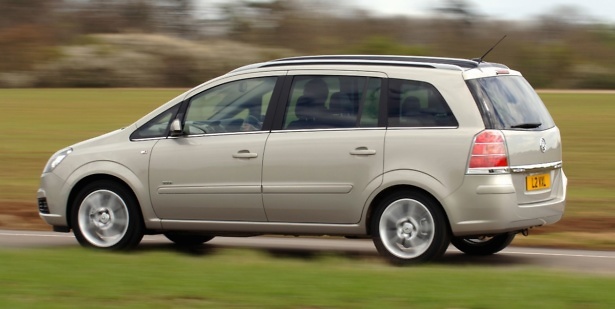 Fortunately, this is a fairly easy question to answer. Vauxhall has a fairly comprehensive guide to potentially affected models on its website here.

Zafira A and Zafira Tourer models were not subject to recall from potential fire risks.

The Zafira B was produced between 2005 and 2014 exclusively – if you own one, look at your vehicle’s air conditioning control panel. If it has a climate control option (two buttons, one labelled ‘AUTO’ and the other a small image of a car with an arrow inside it) it’s also not at risk. This is because the ventilation system used on these models has a different design.

The DVSA offers a car registration-checker: enter your car’s registration to find out if it’s subject to a recall.