Update – June 7 2018: Amazon has announced that it has purchased one of the remaining Premier League broadcasting rights packages, and will be showing 20 games per season from 2019/20 in a three-year deal. It has also confirmed that the matches will come at no extra cost to existing Amazon Prime users.

January 12 2018: In 2015, Sky and BT paid a combined £5.1bn for four years of Premier League football broadcasting rights. Bidding for the rights to the 2019 season and beyond is expected to see that figure escalate by a further 40%.

This is mainly due to a growth in audience and Amazon’s deep pockets – it is worth twice as much as Sky and BT combined. If Amazon angles for exclusive broadcasting rights then that figure could be even higher.

Sources claim that Amazon will step in next month when bidding on a variety of packages opens. There are seven of these so-called packages available, each one containing between 20 to 32 matches.

In 2015 Sky and BT split the total number of games 126 to 42, with Sky paying £4.1bn for its cut. The notion that Amazon could be interested in tabling an offer is granted further weight by a September statement from Ed Woodward, Manchester United FC chief executive, to shareholders, in which he said a digital giant like Amazon or Facebook will most likely throw its hat into the ring.

Add to that Amazon’s September announcement of an exclusive behind-the-scenes documentary series with Manchester City FC and it looks like a big broadcasting shake-up is on the way. 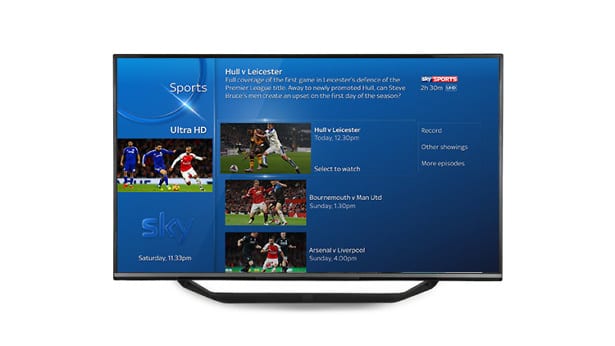 How would this affect the way you watch the Premier League?

It doesn’t take a business genius to recognise that any games purchased by Amazon are an attempt to increase Prime membership. Prime is Amazon’s subscription service that offers a variety of perks for a fixed annual fee, including its video on-demand service. The natural conclusion to jump to is that these Premier League games will be included with a Prime membership. Research has shown that US Prime members spend twice as much as non-Prime shoppers, so getting customers to sign up is lucrative business for Amazon – so much so that it could potentially offset the cost of purchasing the games themselves.

As Amazon doesn’t have a live TV channel nor broadcast in the conventional fashion, it would be quite a different experience to watching Sky Sports or BT Sport. The plus side is that you wouldn’t need access to a special cable or to have a satellite dish installed at your property. The downside is that you would need a way to access the Amazon Prime Video app, through which you would stream the games over your home internet connection.

While the Prime Video app isn’t quite as ubiquitous as Netflix, it’s still available on a large number of internet TV boxes. There’s of course Amazon’s own hugely popular range, including models such as the Fire TV with 4K and the Fire TV Stick with Alexa Voice Remote, as well as the Google Chromecast and Chromecast Ultra, and the new Roku range. After a long and protracted battle between the two rivals it’s even now available on the Apple TV 4K, so whatever your budget or preference there’s sure to be a Prime Video-compatible streamer for you.

An Amazon Prime price hike seems inevitable in this scenario, too: it currently costs £7.99 per month or £79 per year for the complete package (which includes both Prime Video and shopping benefits).

At the time of writing it would cost you £79 just for a couple of months of access to the Sky Sports Premier League channel, not even factoring in the set-up fees – it would be an incredible deal if Amazon didn’t increase the cost of Prime at least a little, or perhaps introduce a new subscription tier to reflect the acquisition. 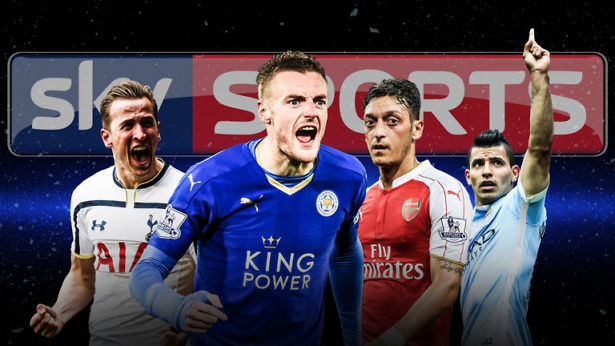 There’s no two ways about it, it will cost you a fair bit whatever you decide. On top of that you’ll need a subscription to both Sky Sports and BT Sport if you want to catch every televised game. The good news, though, is that there’s more choice than ever before in how you go about it.

The big three TV providers, BT, Sky and Virgin Media, all offer access to both networks. There’s not a great deal of variance in their prices and whatever sign-up offer is available when you contact each of them may be what sways you. Alternatively you may prefer a certain provider due to the means by which they broadcast: BT works over the internet, so is good for those with a reliable and fast connection, Sky works via satellite so is a good fit for those with a dish already installed at their home, and Virgin Media uses cable, handy for those who don’t fit into either of the other two categories.

If you go with Sky you’ll have to take out an entertainment package for £20 per month before you can add on Sky Sports Premier League for £18, then it’s another £32.49 per month for BT Sport. If you go with BT, you unfortunately have to take out a broadband and TV package deal. The cheapest available is £25 per month, but then BT Sport is only £3.50 per month on top of that. If you want to add Sky Sports to it that will be another £33.50. As for Virgin Media, the Full House TV package (which includes BT Sport) with the full Sky Sports add-on costs £64.50 per month. All of these prices are subject to activation fees and a minimum term contract, too, ranging from 12 to 18 months – expensive stuff.

You could also go with TalkTalk or Plusnet, but they both come with drawbacks. If you opt for TalkTalk you can’t get TV service without also signing up to its broadband or fibre, nor can you get BT Sports. It will cost you £53.95 all things considered. As for Plusnet, while BT Sport is available Sky Sports isn’t. You need to take out a fibre broadband deal, then pay extra for a YouView TV deal with the BT Sport add on – that’ll set you back £34 per month for 18-months.

Finally there’s Now TV to consider. For more on this, read our guide to What is Now TV? In a nutshell, it works a little differently to conventional providers in that there’s no long-term contract to be signed. You instead pay for either a day pass, week pass or month pass whenever a game comes up that you want to watch. It’s a nice, flexible way of doing things, but it’s not any cheaper than a subscription with another company if you plan on watching all year round. Unfortunately BT isn’t available through Now TV, either.

Looking for a strong, stable internet connection to enjoy the match? Read our guide to the best broadband providers.