John Lewis is trialling a new buy-back service where customers can trade in their unwanted clothes for a gift card. The company hopes to reduce the 300,000 tonnes of clothing that is sent to UK landfill each year.

The new app-based service is currently being trialled by John Lewis with more than 100 customers. It allows shoppers to sell any unwanted clothing bought from John Lewis back to the department store, regardless of how well worn it is, for an e-voucher to spend at John Lewis.

According to John Lewis, the average household owns around £4,000 worth of clothes, but 30% of them aren’t worn, so people could make a pretty penny. So far the trial has seen John Lewis pay £4 for a pair of broken cashmere gloves bought in 2015 and £8 for a pencil skirt bought in 2014.

John Lewis came 10th in our latest high street shops survey, miles ahead of WH Smith, in last place. Find out what other shops customers rate highly, and which ones they would rather avoid, by visiting our page on the best and worst high street shops.

How the John Lewis scheme works

The app, developed by tech compnay Stuffstr, is linked to a consumer’s account and holds data on what they have bought in store or online at John Lewis over the last five years.

The customer simply uses the app to select what clothes they want to sell back, and then the amount they could receive is revealed. Once they have a minimum of £50 worth of clothes to sell, a courier will collect them within three hours.

As soon as the items are collected, a John Lewis e-gift card is sent to the customer. If the scheme is successful, John Lewis plans to offer an option for customers to donate the money to charity, instead of receiving vouchers.

It could be a good way to clean out your wardrobes of anything unwanted. Just make sure you know what something should be worth before you sell it to John Lewis. For example, some designer items will hold their value if you’ve looked after them well, so, if you want to make a profit, you could be better off selling them on eBay or another online marketplace. 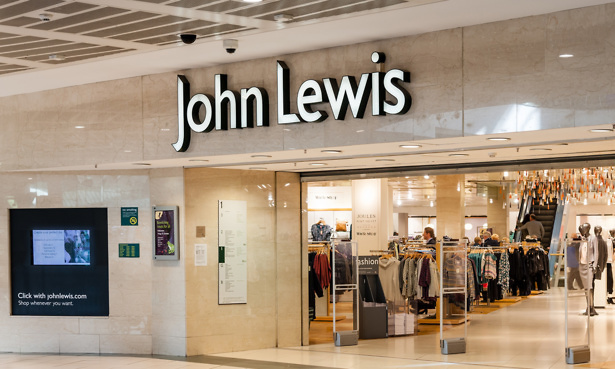 The department store hopes that this new scheme will cut down on the amount of waste clothing going to landfill. Anything that is brought back to John Lewis through this scheme is either resold, mended or recycled into something new.

Martyn White, sustainability manager at John Lewis, said: ‘We already take back used sofas, beds and large electrical items, such as washing machines, and either donate them to charity or reuse and recycle parts, and want to offer a service for fashion products.

‘We hope that by making it as easy as we possibly can for customers to pass on clothing that they’re no longer wearing we can ensure that the maximum life is extracted from items bought from us.’

Stuffstr chief executive John Atcheson said: ‘Every item has value, even old socks, and we want to make it as simple as possible for John Lewis customers to benefit from their unwanted clothes.’

What do you do with your unwanted clothes? Would you use the app? Join in the conversation on Which? Conversation.