The best wearables we’ve tested are crammed with features, and if you own one of those devices there’s a chance you haven’t seen all that it can do.

Below, we’ve rounded up some lesser-known features on activity trackers and fitness watches that will help you to get more from your wearable. We think they make it easier and more convenient to stay in shape, monitor your health and keep in touch – once you know how to use them.

Best Buy fitness watches and activity trackers – the best around

Activity tracker and fitness watch features to look out for

Garmin’s sub-£100 Vivosmart 3 measures stress levels by ‘analysing your heart-rate variability while you are inactive to determine your overall stress’. Physical activity, sleep and nutrition all impact stress levels.

By measuring this over time, the wearables can help you to manage stress by alerting you when there’s a noticeable change in your heart rate. Research suggests that guided breathing can help to reduce anxiety and lower blood pressure, which is why Fitbit offers personalized guided-breathing sessions on the Fitbit Charge 2, Fitbit Blaze and Fitbit Ionic.

To see which activity trackers and fitness watches can measure your heart rate, see our wearable reviews page. 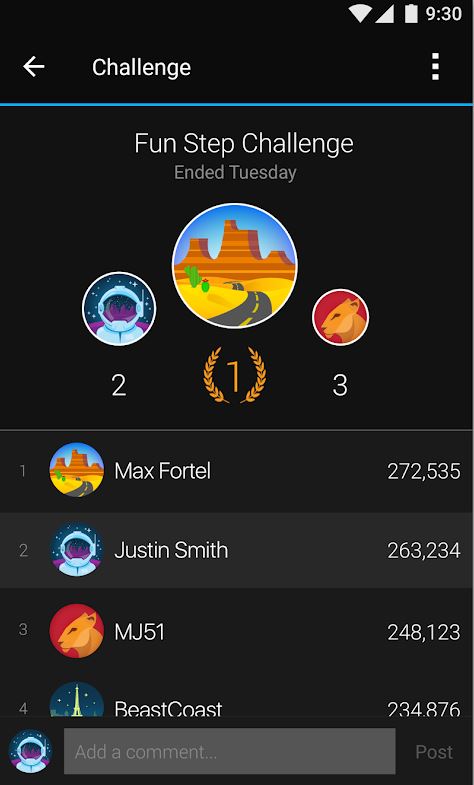 It’s easier to keep focused on your fitness goals when you’re up against friends and family. The good news is that all the popular fitness tracker apps support leaderboards in some form, so you’ll be determined to stay active.

The Garmin Connect app (right) has a Challenge page that ranks you and your friends by points earned. You’ll rise through the ranks by hitting step targets and logging exercise.

On the Fitbit mobile app, you can invite friends to compete in five types of challenge: Daily Showdown (most steps in a day wins), Weekend Warrior (most steps over the weekend wins), Workweek Hustle (most steps during the week wins), Goal Day (how many participants can reach their step goal?) and Adventures (challenge friends to be the first to the finish line across real-life locations).

See how Garmin fitness watches and activity trackers perform in our in-depth tests.

Most activity trackers and fitness watches support silent alarms; useful if you’re getting up in the morning and don’t want to wake your partner. The trackers that measure sleep will also wake you up at your lightest level of sleep, which is a nice alternative to a screaming alarm clock.

To use these features you’ll need to keep your tracker on at night, but if you’re not comfortable doing that you may be able to simply rest it on the bed next to you. Some can automatically detect when you’re going to sleep and enable sleep mode for you, but don’t forget to check whether you need to do this manually, just in case.

4. Connecting your wearable with a smart hub

Buy an Alexa-powered smart hub such as the Amazon Echo (2nd generation) or Amazon Echo Show and you’ll have access to downloadable ‘skills’. These third-party apps make your smart home hub that little bit smarter, and there are tens of thousands to download right away.

The list includes a free Fitbit extension, which adds a couple of new voice commands to your smart home hub. Examples include: ‘Alexa, ask Fitbit how I’m doing today’ and ‘Alexa, ask Fitbit how many steps I’ve taken’. You can switch between your Amazon Household profiles to access stats from different Fitbit accounts.

The free IFTTT (If This, Then That) app for Android and iOS lets you create automated actions (or ‘recipes’) that interact with the data logged by your wearable. Examples of Fitbit-compatible recipes include:

Fitbit isn’t the only fitness group that offers IFTTT support, either. We’ve also spotted Jawbone, Misfit and Withings on the app.

Fitbit Ionic and Versa owners can try Fitbit Pay, a wireless payment system that lets you buy things on the move without using your smartphone. It works in the same way as Android Pay or Apple Pay on mobile, where you tap your gadget against a wireless pay terminal to make a transaction.

If you end up losing your Fitbit, you can remove or suspend the card added to your device by accessing the Wallet section inside the Fitbit smartphone app. It’s also worth noting that another person can’t use your fitness watch to make a payment without entering your personal four-digit code.

The list of compatible UK banks (correct as of June 2018) is currently fairly limited, and consists of: Santander, Boon by Wirecard, Danske Bank (Mastercard) and Starling Bank (Mastercard).

You don’t have to check your progress towards your weight goal on a tiny phone screen – do it on a PC or Mac instead. Looking at your stats on a desktop gives you a better overview of the information that matters, and you can dive deeper into areas of interest.

Examples of desktop software for wearables include the Fitbit dashboard, Garmin Connect, Misfit dashboard, Polar Flow and TomTom Sports. All these services give you more detail on your performance than a wearable can.

If your wearable isn’t mentioned above, try a quick Google search to see if your device has a desktop dashboard. Bookmarking that page on your computer means you can take a quick look at your performance in the future, even if you don’t have your smartphone or wearable on you.

Each wearable we review passes through our rigorous lab tests, with our experts keeping a close eye on ease of use, features and battery life. The best activity trackers and fitness watches we’ve tested have impressed with accurate tracking while you’re out and about, and they’re comfortable, too.

It’s not always good news, though. The worst activity trackers and fitness watches we’ve tested feel bulky on the wrist, and they’ll have you believing you’ve taken more steps than you actually have.

Uncover the wearables worth buying by heading over to our expert advice on the top five activity trackers for 2018. Alternatively, if you’re trying to decide between Fitbit and Garmin, check our Fitbit vs Garmin fitness trackers guide.