Asus has announced the ZenBook Pro – its most unusual looking laptop in years. Featuring ‘ScreenPad’ (more on this below), this 5.5-inch full colour touchscreen could be the evolution of the touchpad as we know it.

The recently-revealed ZenBook Pro 15 580GD left some mouths agape when it first appeared. This sleek multimedia laptop is going toe to toe with the ever-popular Dell XPS 15 and 15-inch MacBook Pro, but up against such strong competition Asus has pulled out all the stops to make its laptop stand out from the premium notebook crowd.

We run through its key features to see if it ticks the most important boxes elsewhere, and are also taking a trip back through history to look at some other unusual laptop innovations that eventually made it to market.

Best Buy laptop reviews – innovations or no, take a look at the models that impressed us the most. 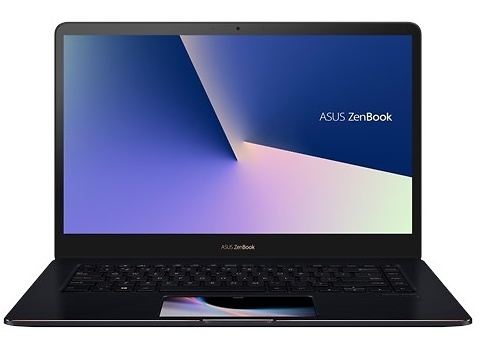 First, the headline grabber: The touchpad, normally a blank patch of smooth metal or plastic, is a fully-fledged 5.5-inch touchscreen that Asus is calling the ScreenPad. This isn’t just some gimmick; this panel can be used both as a way to control apps such as music players, the calculator, Microsoft Word and more, or it can be used as a second monitor for any app you fancy.

This means you can drag any window you’re currently using on the main screen, and move it onto the ScreenPad. This makes particular sense if you like watching videos while doing other things; you can now have a tiny video player on the ScreenPad while getting on with other work.

How well it works in the long term remains to be seen, but given this laptop will shortly be on sale, we won’t have long to find out.

Elsewhere, though, the ZenBook Pro 15 UX580GD packs impressive specifications, including a choice of quad- or six-core Intel Core i5, i7 or i9 processors, up to 16GB of Ram and a dedicated graphics card in the form of Nvidia’s GTX 1050. There’s a choice of either a Full-HD or Ultra-HD screen, the latter is tuned for professional colour accuracy before being shipped. There will also be a choice of storage, topping out at a 1TB SSD.

Laptop history: Five other innovative notebooks that made it to store shelves

Asus is far from the first to surprise people with a clever laptop design. History is littered with notebooks that broke from the norm, with mixed levels of success.

The so-called ‘Butterfly’ keyboard on the IBM 701c was a technical necessity, but a beautiful one at that. With the desire for ultra-compact laptops, IBM wanted to overcome the issue of such small keyboards being hard to type on. The solution was the almost impossibly elegant butterfly, mechanism, which saw the two separate halves of the keyboard sliding away from one another and locking into place to create a wider, more comfortable keyboard layout. This allowed for a full-size keyboard on a laptop with just a 10.4-inch screen.

The laptop reportedly sold extremely well, but ultimately the mechanism proved to be unnecessary in future laptops because manufacturers went with larger screen sizes, meaning the keyboard was usually large enough to be comfortable without being expanded.

In 2011, Motorola found itself at the leading edge of laptop/smartphone hybrid designs, with its ‘Lapdock’ (pictured) product that actually went on sale. You’d connect a phone to an otherwise ‘dumb’ keyboard and screen, and get a cutdown laptop experience. 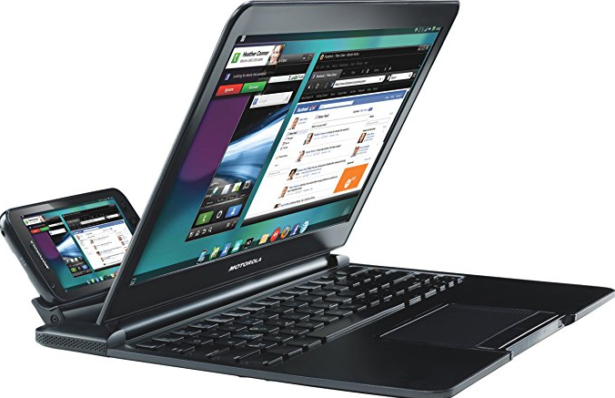 More recent efforts from Microsoft have even gone as far as creating a fully-fledged Windows 10 computer from a Windows smartphone connected via USB. Microsoft has since dropped Windows Phone altogether.

Most recently, Razer’s Project Linda puts the smartphone front and centre, allowing you to drop its Razer Phone straight into the touchpad portion of its concept laptop. 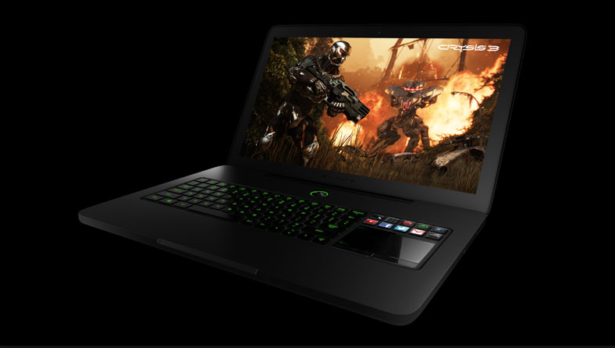 Thought the Asus ZenBook Pro was the first of its kind? Wrong. Gaming brand Razer was doing something similar six years ago with its lightweight Blade laptop.

While Razer’s effort couldn’t act as a second monitor, it could run smartphone-style apps, such as YouTube and Gmail. Not only that, each of the eight buttons situated next to it were themselves tiny screens, allowing you to add custom icons depending on the function you had assigned to them.

Introduced in late 2016, Apple’s Touch Bar replaces the ‘F’ keys on the top row of the keyboard on some MacBook Pro models. A tiny sliver of high-quality OLED screen adapts to whatever program you’re using. This means it will change depending on what you need it for – displaying colour palettes, emoji icons in iMessage and so on. 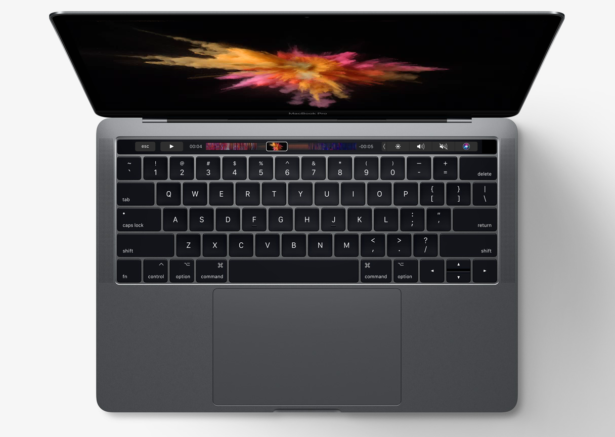 The verdict from reviewers has been mixed. Our review, for example, said: ‘Once the novelty wears off, the Touch Bar currently feels more like an annoyance than a genuine selling point – especially for touch typists or people who know their Apple keyboard extremely well.’

The Lenovo Yoga Book was another surprise innovation when it was revealed in September 2016. This remarkable machine has a virtual keyboard that can be turned off entirely, turning the empty space into a functional drawing tablet. This model was pitched at note takers and artists alike, and was sold in both Windows 10 and Android configurations. 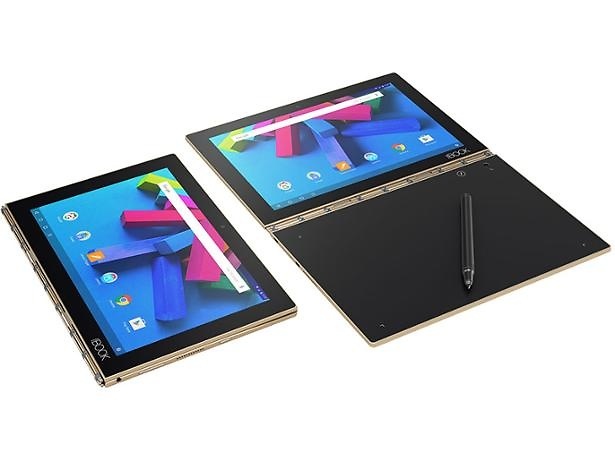 Lenovo hasn’t announced any successors to this machine, but it’s unclear whether it was enough of a success to warrant one. 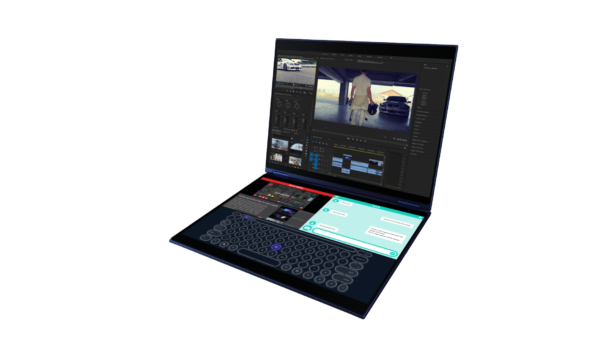 This month Asus also revealed its Project Precog, dual-screen laptop. The sci-fi-sounding ‘precog’ refers to the laptop’s claimed AI-enhanced ability to work out what tasks you want to be doing, and be ready before you even have to ask. A basic example is that the virtual, onscreen keyboard and touchpad will disappear when you plug in a USB mouse and keyboard, giving you more space to get things done.

Plenty of patents for similar devices have been floating around for years, including several notable designs from Apple. Asus says it’s planning to launch a laptop based on Precog in 2019, so it could beat Apple to the punch on this one.

For slightly more conventional laptop buying advice, read our guide on how to buy the best laptop.