You’ve picked up your hire car, gone through all the laborious paperwork and all you want to do is be on your way. But now there’s a control you can’t find on the car. Sound familiar?

This situation is more common than most of us would like to admit.

The influx of new technology and impressive features in modern cars is great. But with this comes confusion and frustration when you can’t actually work any of it.

From finding reverse to opening the boot or even actually starting the car, some of the so-called simple tasks could leave you stumped. Which is what we discovered when we asked Which? staffers to confess what had bamboozled them when they’d hired a car.

Keep reading to make sure you’ll know what to do – we explain how to beat the most confusing quirks found on popular hire cars.

Want to pick the best car for your holiday? From small cars for city breaks to 4x4s for a camping trip, here are our top cars for 2018.

Manufacturers like to mix it up when it comes to designing the gear stick, offering drivers a variety of ways to do exactly the same job.

If you’re stuck in a manual Toyota, there’s a high chance you haven’t engaged the collar – a small piece of plastic that sits under the head of the gear stick.

By pulling the collar up, the gear stick should easily move so you can position into reverse. This is the same for most Toyota models.

Other cars might require you to push the gear shaft down before moving into reverse. 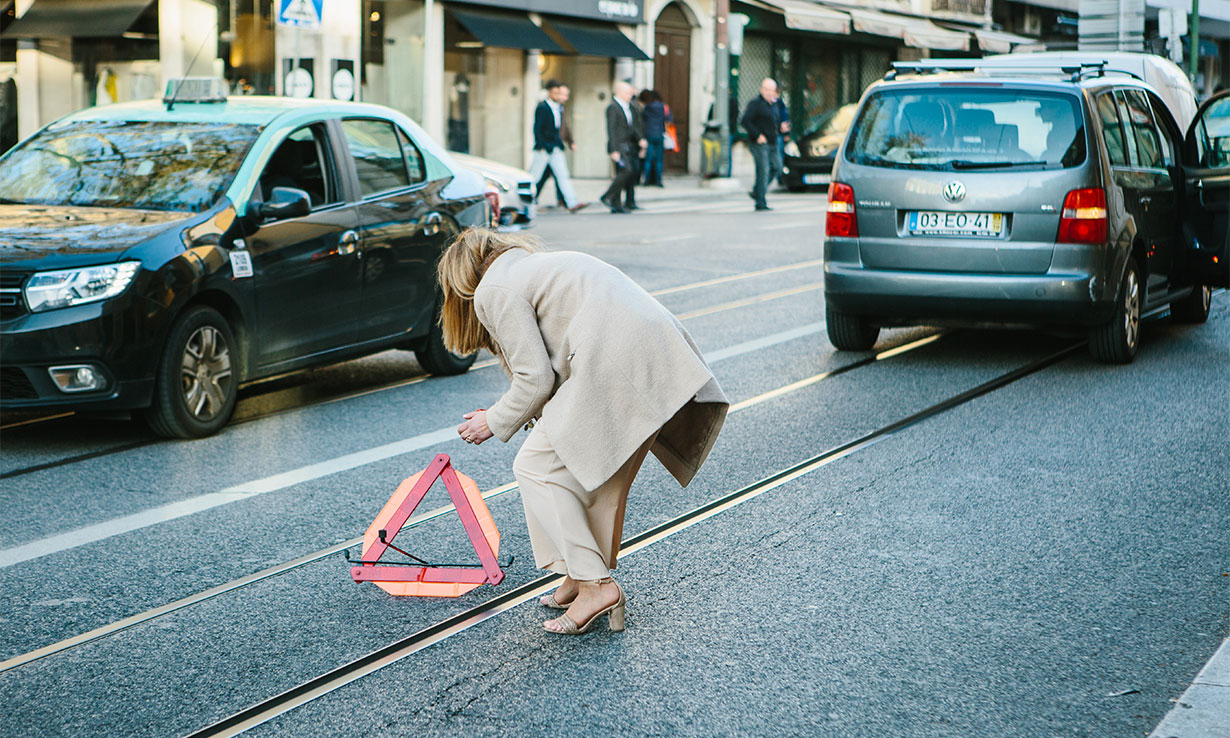 ‘We searched for the perfect hire car online – not too big, but with the right amount of seats for the whole family. But when we arrived we couldn’t find the fifth seat belt’

If you’ve opted for a more compact family car, then you might find the middle back seat is a lot smaller. Because of the reduced size, the seat belt isn’t always placed in the same place as the other two.

For example, if you’ve rented a Renault Scenic or a Toyota Yaris for your family holiday, make sure you look up first. The seat belt is placed on the ceiling of the car. You need to pull it down and across; click the first clasp in on the left, then pull it across your lap and click the second clasp in on the right.

If there isn’t a seat belt either side or on the ceiling, then it’s a four-seater and you’ve hired the wrong car.

Hiring a car abroad, but unsure about the local rules on car seats? Find out all you need to know in our expert guide to child car seats laws around the world.

“I queued for hours at the airport while picking up my hire car, only to find that when I turned the key in the ignition it wouldn’t start”

No amount of holiday planning can prepare you for the moment you can’t start your car.

You think you’ve tried everything and the next step is to re-join the long queue for the hire company to ask the person behind the desk for help. 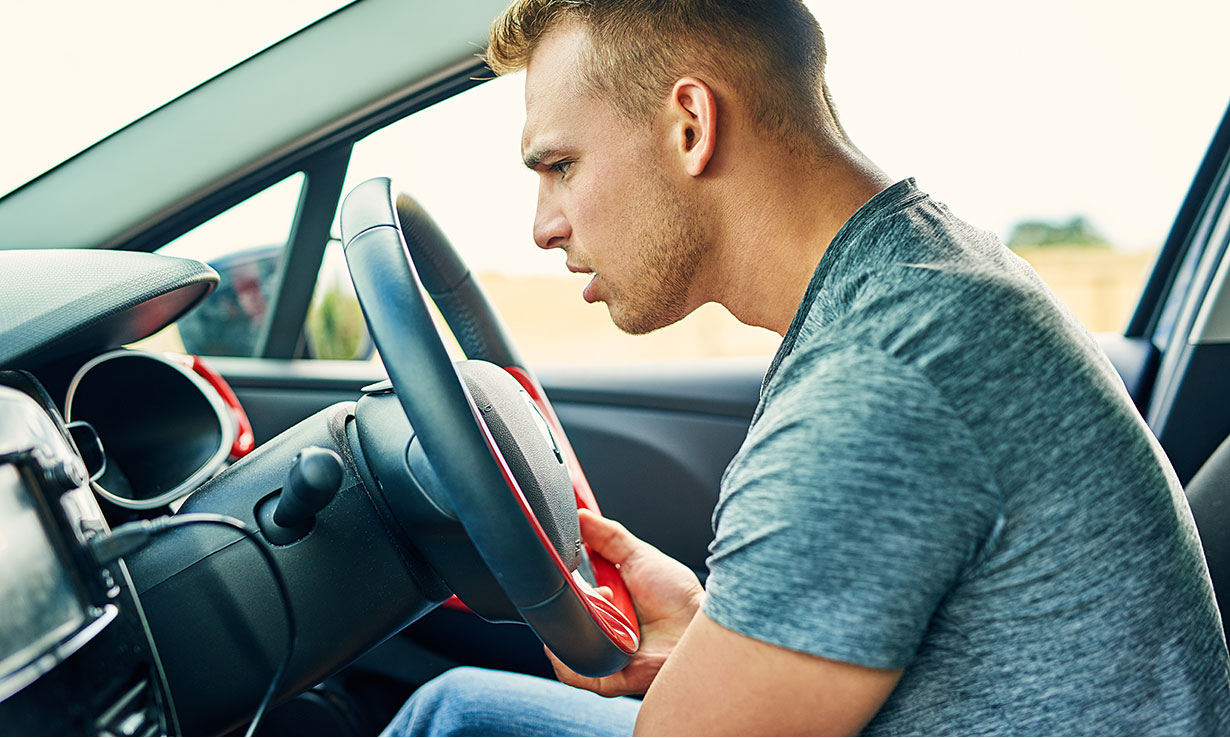 If you’re used to driving an older car, then you’re more likely to be stumped. Here’s what to do. Simply depress the clutch (or the brake for an automatic), turn the key and it should start. This will also work for cars with push start buttons, too.

Most modern vehicles have this quirk, so if your own car is a little long in the tooth, depressing the clutch to start is probably not second nature to you.

If you’ve opted for an older hire model, try jigging the steering wheel to allow the key some movement.

Other common causes could include an empty fuel tank, dead battery or a broken starter.

If you’re reading this on the side of the road, check out our top breakdown providers.

If you’ve hired a Volkswagen car, then this might be more complex than you’d hope. Unlike most cars that have an easy-to-see pull release button or handle, VW decided to conceal the handle within the emblem.

By pushing the top (and only the top) of the VW emblem inwards, it will open up a space at the bottom of the emblem which you can use as a handle to pull up the boot.

Other models have levers in the cabin of the car that you push to release the boot, or a release button underneath the boot opening.

Electronically controlled boots are popular, too. For these you will need to press a fob or a button. Look at your keys and around the driver’s seat for a symbol of a boot.

If the button still doesn’t work, a fuse might have gone. This is when it’s time to ask for help.

Wondering if VW cars are any good? See all of our Volkswagen car reviews.

‘I waited for ages to fill up my fuel tank, but when I got out of the car I realised the petrol cap was on the other side’

Remembering what side your petrol cap is on can be tricky even for people that drive the same car every day. So hire cars must cause all kinds of confusion.

Don’t panic. Have a look on your dashboard and right next to the fuel tank on the gauge there should be a small arrow that will highlight what side the fuel tank is located.

If there isn’t, your guess is as good as ours – pull over safely and check before holding up other drivers in the petrol station. 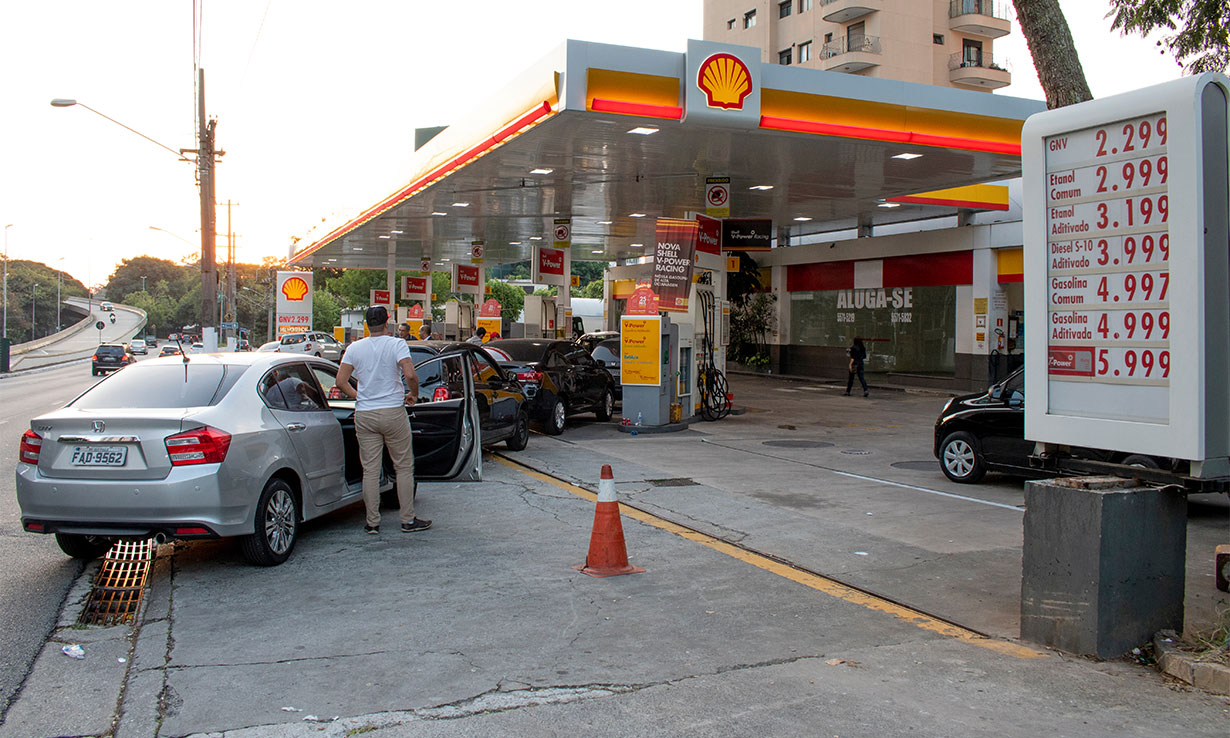 ‘I’d run out of fuel, it was 35 degrees, there was a queue behind me and the kids were having a tantrum because we weren’t at the beach yet. That was the moment I couldn’t work out how to release the petrol cap’

There are lots of different ways to release the petrol cap in modern cars, but traditionally the lever is placed to the far right of the pedals, beside the door.

Some models release the petrol cap as soon as the doors are unlocked, so you can just push it and it will spring open. Others place the release button on the door or in the centre console.

The Suzuki Swift, for example, is like a game of hide and seek. Hidden just under the driver’s seat to the right hand side is a lever. Pull it up and the petrol cap will open.

Our expert guide on petrol vs diesel cars reveals which is the cheaper, wiser choice. 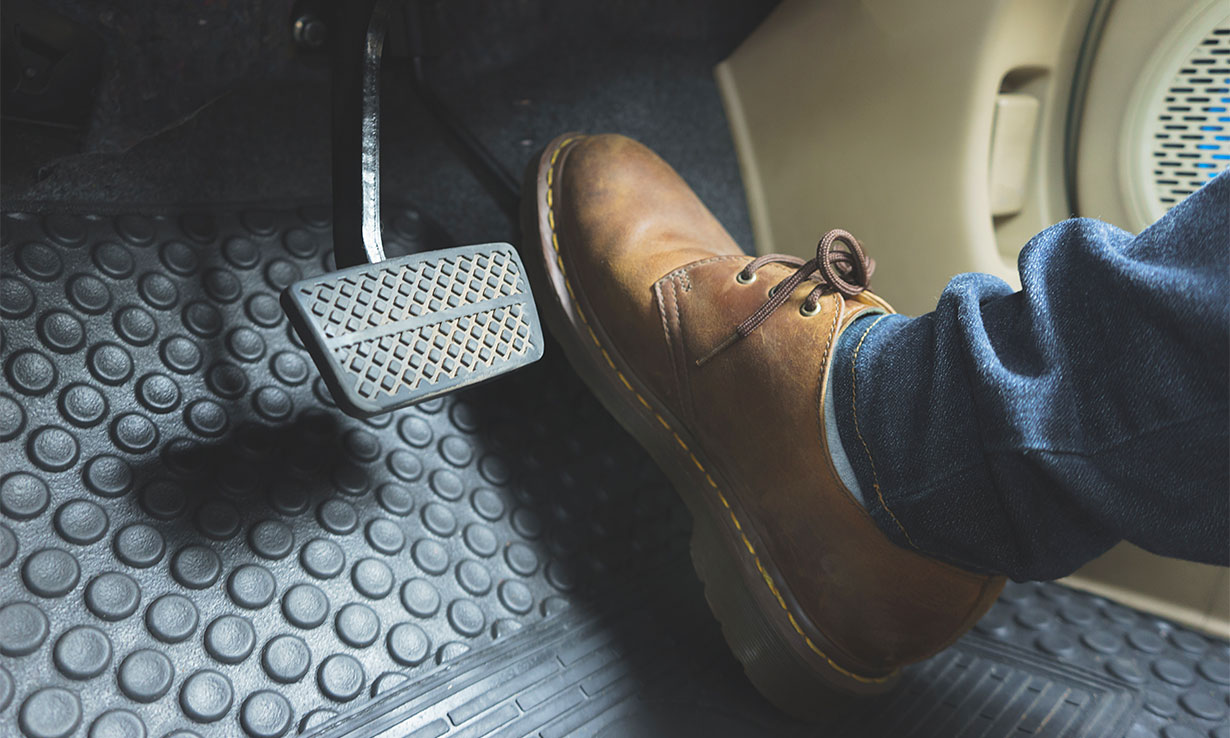 ‘I got into my hire car and couldn’t reach the pedals. I spent the next hour trying to work out how to adjust my seat’

Typically you will find the seat adjusters on the right-hand side or underneath the front of the seat – but not always.

More up-market, slightly ‘posher’ Mercedes models have turned the seat adjusters into buttons and moved them to the car door. Right by the handle there should be a cluster of buttons that will be in charge of positioning your seat, opening your windows and even moving your wing mirrors.

‘After getting caught in the rain on our supposedly “sunny break”, we jumped in the hire car to head back to the hotel and couldn’t figure out how to start the rear wind wipers’

First, make sure your hire car actually has rear wipers – not all cars do. If it does, but there’s no obvious way to turn them on, you might be in a VW or Mercedes.

Some models have combined the stalk’s functions to not just control the main wipers and the lights, but the rear wipers too. Instead of flicking the stalk up, down or towards you, try pushing it away.

One click and this should activate the wipers. By pushing and holding, the washer fluid should also be released.

Fancy hiring a Best Buy car for your next holiday? Our combination of tightly controlled lab- and road-tests and extensive owner feedback means that when a car is named a Best Buy, you can be sure it’s worth driving.