Manufacturers of unsafe appliances are increasingly unlikely to be identified and held accountable if their products cause household fires, new fire statistics reveal.

Between April 2016 and March 2017 (the latest year for which data is available), there were more than 2,100 household fires where fire services could identify the faulty appliance that caused the fire, but not its brand or model number. As a result, these crucial details were only recorded for a third of the 3,203 household fires caused by faulty appliances in the UK that year.

That’s a significant drop from the previous three years, when fire officers were able to identify the make and model of the appliance in question in almost half of all cases, as the graph below shows.

The growing number of unidentifiable appliances causing household fires means it is becoming even harder for the authorities to link dangerous products to domestic fires and gather the evidence necessary to initiate a product recall.

We’ve shared our findings with the government. Which? is now calling for the Office for Product Safety and Standards (OPSS) to include commitments in its forthcoming strategy to ensure that manufacturers use fire-proof labelling on all their appliances so that unsafe white goods can be identified and removed from consumers’ homes.

The fact that manufacturers have no obligation to use fire-proof labelling is all the more worrying in light of the latest fire figures.

The number of household fires caused by faulty appliances remains too high, having hovered at around 3,200 per year – more than eight fires every day – in three of the last four years.

And the risk posed by certain appliances is growing. As the graph below shows, there were significantly more fires caused by faulty washing machines and tumble dryers in 2016/17 than in any of the previous three years we have complete UK data for.

Combined, these laundry appliances cause more than three fires every day and account for nearly four in ten of all fires caused by faulty household appliances.

And yet, the make and model of the appliance was only recorded in 494 (40%) of the 1,239 fires caused by faulty washing machines and tumble dryers in 2016/17. As such, it is extremely difficult to pinpoint why the fire risk posed by these appliances is on the rise.

Find out which brands have been linked to the most appliance fires.

Faulty appliances must be identified

When manufacturers are made aware of a possible fault with one of their products, they carry out a risk assessment to try and determine the likelihood and potential severity of a fire involving that model.

If the level of risk is deemed to be high, the manufacturer should (but has no obligation to) issue a modification programme or a product recall. The more fires there are where the make and model of the faulty appliance is unidentified, however, the less likely that is to happen.

For example, if a certain model of washing machine has been deemed to have caused 10 household fires, a risk assessment might consider that to be low risk, relative to the number of units sold. But the actual number of fires caused by that model may well be far higher. 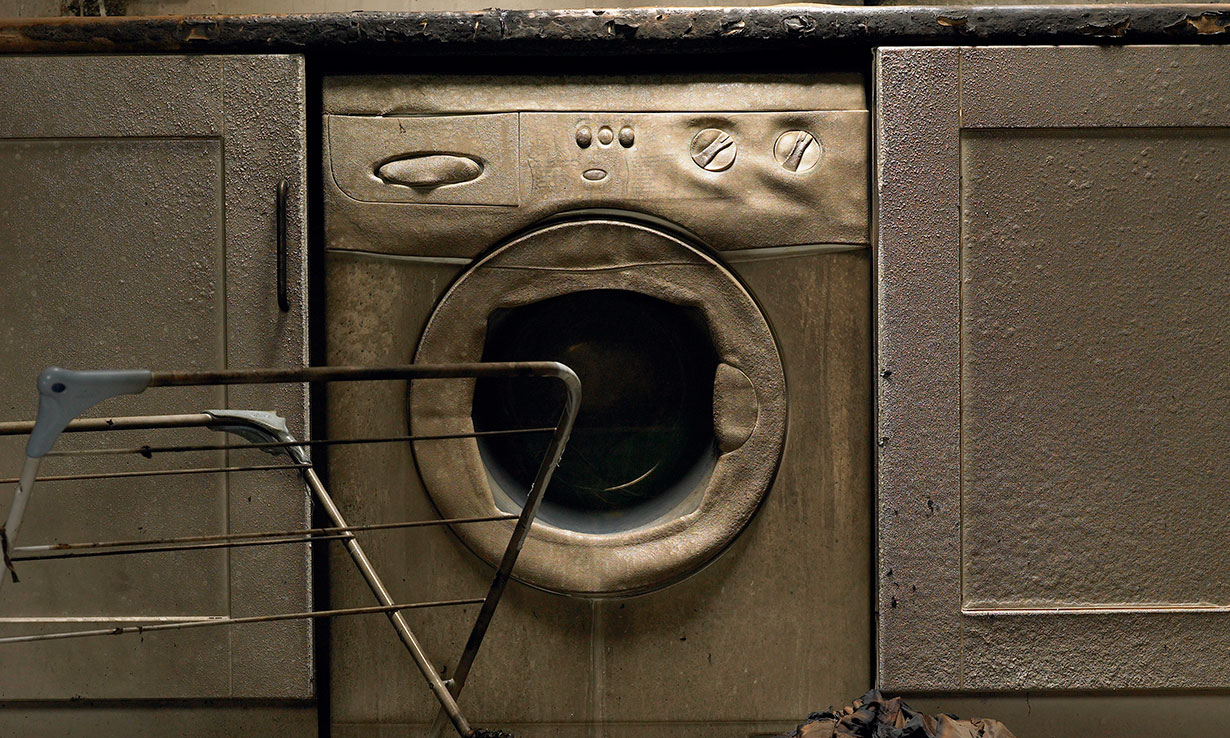 There have been 12,643 fires caused by faulty household appliances in the past four years, but the make and model of the appliance in question was not recorded in more than 7,000 of them. Given that these fires were presumably severe enough to destroy any indication of the brand or model number, it’s worrying that they play no part in manufacturers’ risk assessments.

This critical flaw means that fire statistics cannot currently be used by bodies such as Trading Standards and the Office for Product Safety and Standards (OPSS) to hold the manufacturers of these unsafe products accountable.

Find out what your rights are when there’s a product recall.

Fire services must attempt to identify the make and model of any appliance they’ve deemed to have been the cause of a household fire. But doing so is extremely difficult, as any indication of the make or model is often destroyed in the fire.

That’s why we’ve been calling on manufacturers to use fire-proof labelling on all their appliances since 2015. 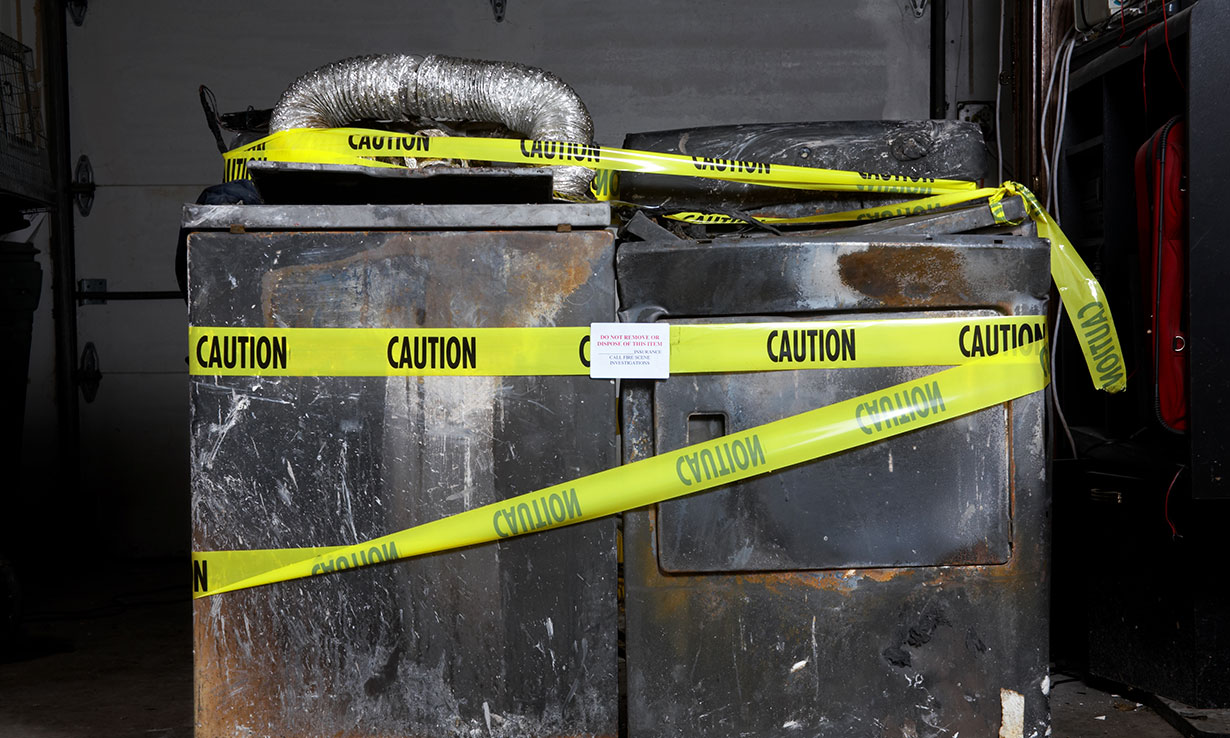 Indelible labelling in itself won’t make appliances any safer (which is why we’re also trying to improve safety standards in areas such as refrigeration) or make the fire officer’s task of identifying what caused the fire any easier. But it would make fire trends far easier for the government and manufactures to analyse and act on, potentially meaning that appliances with a known issue are repaired or recalled before they cause more fires.

The government must now bring in legislation to force appliance manufacturers to mark their appliances in this way.

‘The number of fires caused by faulty washing machines, tumble dryers and fridge freezers has stayed shockingly high for a number of years, but our research shows its getting harder to identify the make and model of the appliance in the majority of instances.

‘The government must include recommendations in its forthcoming product safety strategy to ensure that manufacturers use fire-proof labelling on all of their appliances, so that potentially dangerous white goods can be recognised and removed from consumers’ homes quickly.’

The figures we analysed relate to fires caused by faulty appliances and leads, where the manufacturer is deemed to be at fault. Appliance misuse is a separate category that accounts for nearly 10,000 additional household fires each year.

The statistics relating to faulty appliances do not take into account the severity of the fire, nor the age of the appliance that was deemed to have been the cause.

The fire officer records the most likely cause of the fire in their professional opinion, based on information available to them at the time. The cause is not forensically investigated and it therefore cannot be considered as definitive or certain.

Fire statistics are collated separately by each UK nation. Figures relating to fires in England are published on the Home Office website, with 2016/17 data being released in May 2018. Minor revisions to this dataset could still be made at a future date.

Statistics for Scotland, Wales and Northern Ireland were gathered using Freedom of Information requests submitted in November 2017. Welsh figures for 2016/17 are provisional.