It’s been a bestseller on Amazon and tops wish lists worldwide, so what’s so special about the Instant Pot?

This popular gadget uses a build-up of steam pressure to cook food more quickly and with less effort than on a hob. Popular for making quick work of traditionally slow tasks such as tenderizing meat, it offers an automated way to produce tasty food fast.

It’s not just a one-trick pony, though; it can slow cook, too, as well as cooking rice, porridge and even making yoghurt. For those nervous of the threatening hiss of stovetop pressure cookers of old, it has built-in safety features and preset buttons that calculate the cooking time and pressure level for you.

We got cooking with the Instant Pot Duo (£120) to see what all the fuss is about, trying a range of sweet and savoury recipes to get a good flavour of what it can do. We also tried out several popular rivals and cheaper alternatives, including the Pressure King Pro, to see how the competition measures up.

Find out which model we crowned our top pick, and the ones that underwhelmed, in our electric pressure cooker reviews. 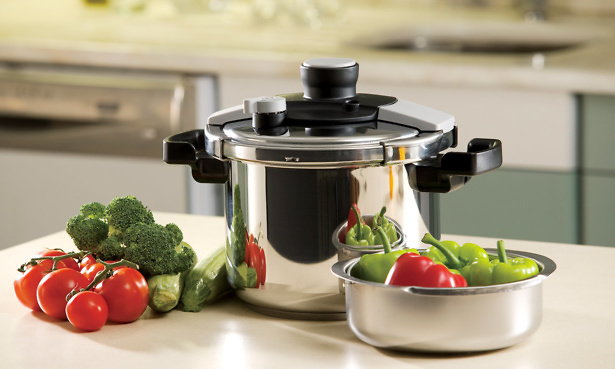 Here’s a guide to four key rivals of the Instant Pot and what they offer: 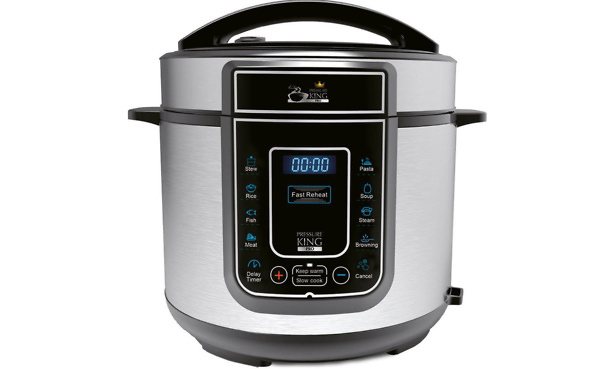 One of the Instant Pot’s biggest rivals is High Street TV’s Pressure King Pro, and it’s cheaper too. Originally sold on TV shopping channels, it is now available in stores including John Lewis.

Like the Instant Pot, there’s a range of different-sized models to choose from. The largest, at 6 litres, doesn’t quite match up to the Instant Pot’s 8-litre capacity but is still a good size for feeding 4-6 people. We tried out the 5-litre model, which has 12 pre-programmed settings for cooking everything from meat and stews to pasta and fish. 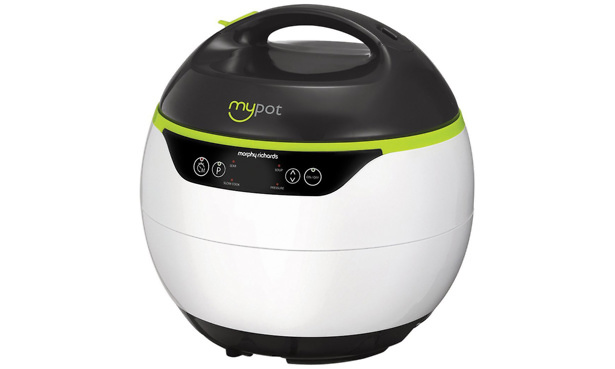 The MyPot electric pressure cooker from Morphy Richards stands out from the crowd with its futuristic spherical style. However, it doesn’t offer much more in the way of features, with the same slow cooking, soup and steaming settings that you can find on many other models.

There are lots of recipes in the manual, covering many different cuisines and tastes from jambalaya to rice pudding. These are a great starting point to help you get to grips with pressure cooking. 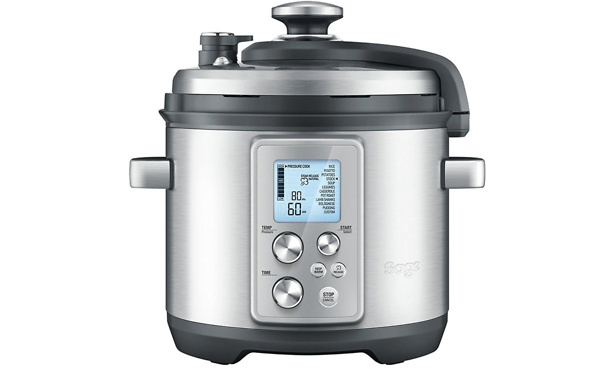 This Sage pressure cooker is one of the priciest options around, but you do get more features for your money. It has more pressure levels, including options for cooking delicate foods, and the pre-set functions have more variety, including programmes for cooking stock and meat on the bone.

It also releases the pressure automatically when cooking is complete, something that many others don’t do, so if you want a truly hands-off experience (or are nervous about dealing with a jet of steam) it could be a good option. 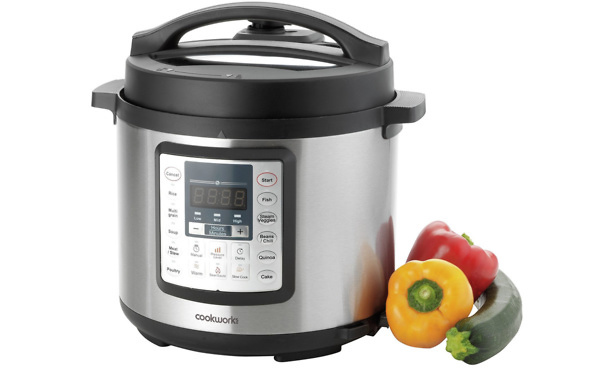 At the other end of the spectrum, this cheap pressure cooker from Argos’ Cookworks range is a much more attractive option for those on a budget. It’s got pre-set programmes for a range of foods including trendy quinoa, and has a delay-start function, too.

When we tried out these pressure cookers, we found some that were quick to cook delicious, succulent food – and were easy to use and clean up, too. Others were complex to set up and use, and made less impressive meals. Head to our electric pressure cooker first look reviews to discover our top picks and find the best option for your budget.

Choosing the best pressure cooker for you 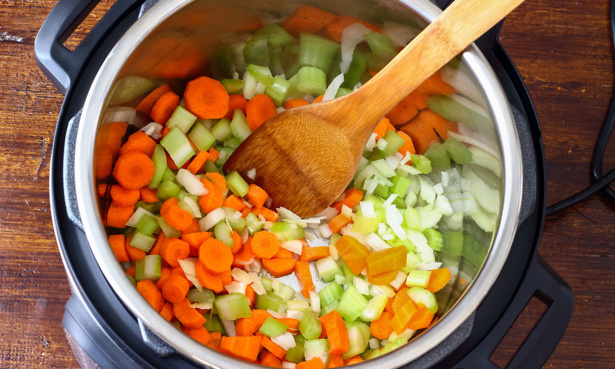 If you’re looking to buy an electric pressure cooker, it’s worth thinking about what size model would suit your needs.

If you want to make big batches, or have lots of mouths to feed, opt for 6 litres or more. But bear in mind, more capacity means a bigger appliance, so you’ll need enough space to squeeze it on to your kitchen worktops, or into a handy cupboard.

If you aren’t to fussed about automating the cooking process, it’s also worth considering a stovetop pressure cooker. These can be cheaper, have a larger range of capacities, and can double up as a heavy-duty saucepan too.

Check our pressure cooker buying guide for more advice on the pros and cons of each type, and features to look out for.

The best recipes to try in a pressure cooker

Trawling the internet can find you hundreds of tempting recipes to try in your pressure cooker. It can be confusing to know where to start, though. If you’re looking for inspiration, here are some of the meals we cooked in our pressure cooker tryouts. 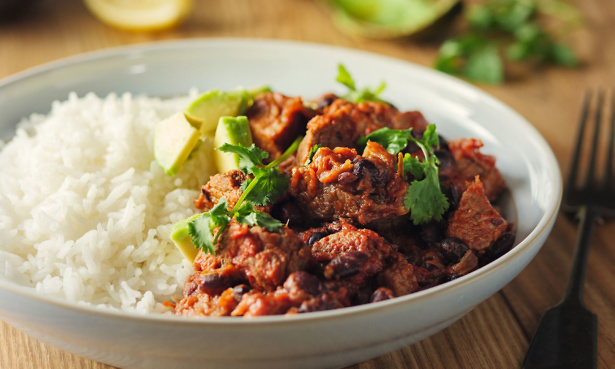 It can take hours to inject flavour into a stew or chilli, and get your meat lovely and tender, so you’re bound to notice the time savings when you make it in a pressure cooker. You can cook pretty much any combination of ingredients, so long as you make sure not to under or overdo it on the liquid. Many models come with the option to sear or brown your meat before pressure cooking for extra flavour.

Pressure cookers are also great for vegetarian stews. Dried beans and pulses cook quickly, so you can forgo the canned versions and shop in the dried foods section, which can save you money. 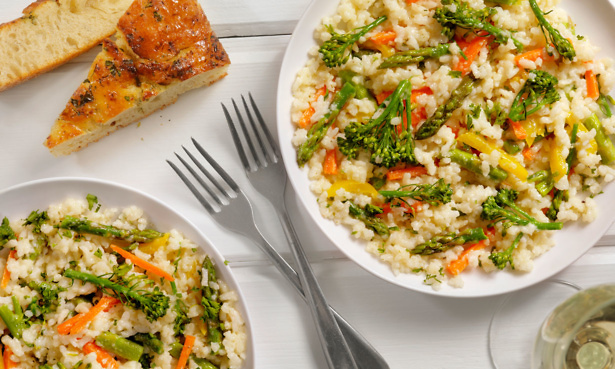 Making risotto in a pressure cooker not only cuts down on cooking time, but also saves you from slaving away at the hob for an hour supervising the cooking process. Once you’ve sautéed your onions and any meat, you can pop everything in and leave the pressure cooker to work its magic. 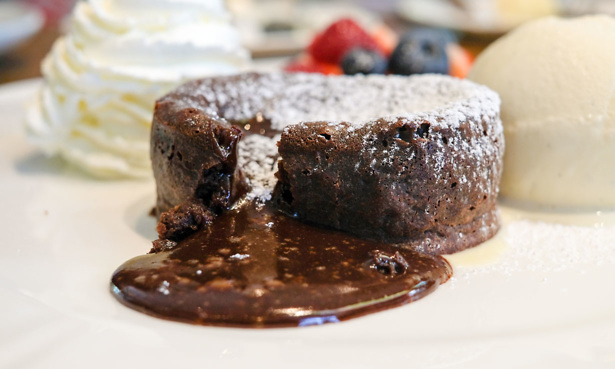 Why not try using your pressure cooker for an indulgent treat once in a while? We made a range of desserts including rice pudding, crème brûlée and a molten chocolate cake, and on the whole loved the results. We found it wasn’t always as quick as making desserts in their usual way, though, as you have to take into account the time needed for the cooker to reach pressure.

For more advice and tips on getting to grips with pressure cooking, see our guide to using a pressure cooker.