Proclaiming yourself the master of anything is always risky, but Sony thinks its new Master Series TVs are worthy of the moniker.

The OLED AF9 is joined by the LCD ZF9 in the Master Series that Sony calls ‘the pinnacle of picture quality at home’.

That’s big talk, but Sony does have some new tech to back up the bold claim. The AF9 and ZD9 will be the first TVs to include the new X1 Ultimate Processor.

The image processor is largely responsible for how accurately a TV displays images. From colour and motion to detail and contrast, an image processor has a lot of responsibilities and an impressive chip can separate a bad TV from a good one. Sony’s goal was to make TVs that show content exactly as the creators intended – much like a reference monitor that production companies use to watch footage in a movie studio – and Sony reckons its Master Series TVs do just that.

Here’s everything we know about Sony’s latest and possibly greatest TVs, and more on that X1 Ultimate Processor.

Best Buy TVs – amazing TVs that Sony’s Master Series sets will be up against. 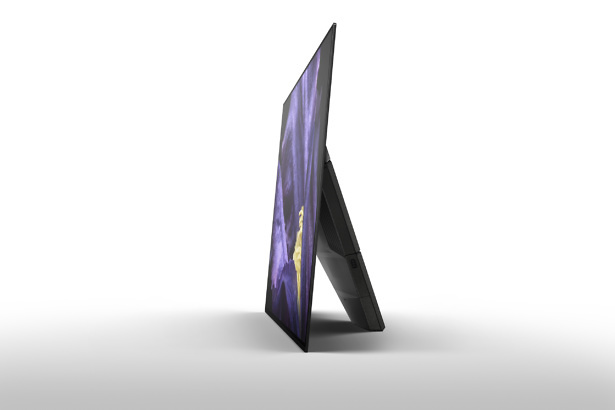 Although the AF9 is in the same family as the AF8 TVs released early this year, it has more in common with Sony’s first OLED, the A1 released last year. Both have the A-frame design (although the stand is much bulkier on the AF9), which doubles as a subwoofer. The screen provides the rest of the sound. It vibrates, which somehow doesn’t impact the picture quality.

Sony calls this technology Acoustic Surface Audio and it has been tweaked slightly on the AF9. There’s an extra subwoofer channel and the screen can now act as a centre speaker if you want to add the TV to a surround sound system without losing out on the clever screen sound system.

It supports the same three HDR formats as the AF8: HDR10, HLG and Dolby Vision. As the industry standard, HDR10 is the most commonly used, while HLG will be the format of choice for broadcasting HDR. Dolby Vision is a more advanced type of HDR that can adjust the contrast on a scene-by-scene basis.

The AF9 will be available in 55 or 65 inches and we don’t know when they will be released or, more importantly, how much they will cost. If Sony’s previous OLEDs are anything go by, a spanking new AF9 will cost you at least £3,000, but with the impressive-sounding processor on board it could easily be more.

Learn more about OLED screens and see which OLED TVs came out on top in our tests in our guide to OLED TVs. 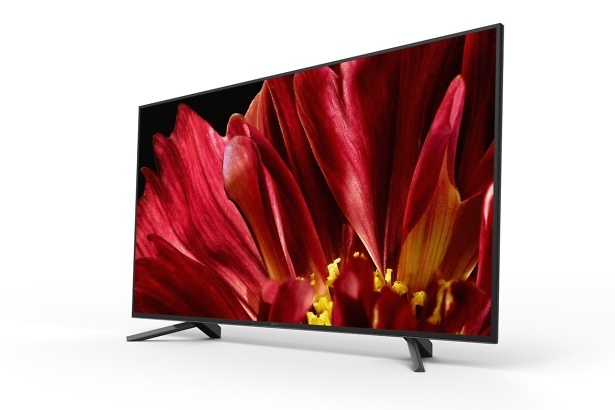 Sony isn’t restricting the X1 Ultimate Processor to its OLED sets – its LCD TVs are getting a slice of the action, too. The ZF9 is an update to last year’s ZD9 and the wedge base has been replaced by the separate angled feet to fit with the design of Sony’s other 2018 LCD TVs.

You get the same suite of smart features in the ZD9 as you do in all Sony’s high-end TVs. Apps, courtesy of Android TV, and voice search using the built-in microphone in the remote means you’re never more than a few words away from whatever you want to watch.

The key difference between this and AF9 is the display. Unlike OLEDs, LCD TVs need a backlight to work. A layer of LEDs illuminate crystals to create the images on screen. Most TVs work this way, but they can suffer from problems OLEDs don’t, namely poor contrast and colour bleeding from light areas of the screen into dark ones.

The X1 Ultmate Processor should help the ZD9 overcome the limitations of LCD displays, too.

The defining characteristic of these Master Series TVs is the new processor. Sony’s other high-end 2018 TVs have the X1 Extreme. We heard rumblings of the Ultimate at CES, and now we finally have TVs that use it.