The biggest technology companies in the world have gathered at IFA 2018 to unveil a host of new products. We’ve rounded up the new gadgets that are worth a closer look.

Among the new releases are some game-changing 8K televisions, Alexa-enabled smart speakers and a wearable sleep headband that aims to improve the quality of your snoozing time.

Keep scrolling for the latest from IFA 2018. We’ve got all the details on new releases from big-name brands including Bose, Fitbit, Garmin, Huawei, Samsung and Sony. 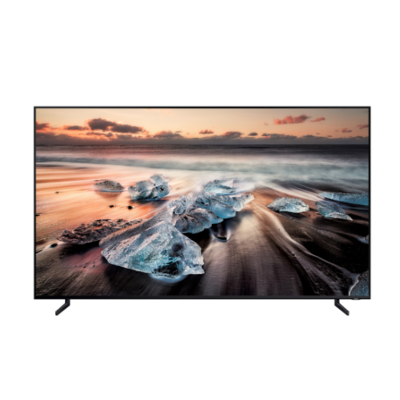 With AI pre-installed, Samsung says that its 8K TV will automatically analyse and transform sound and picture quality to 8K, whatever the original format was.

The biggest benefit of 8K TV will obviously be detail and sharpness – an 8K TV will produce four times more pixels than a 4K UHD TV, and 16 times more than a Full HD set. But for now, how much we’ll have to pay for the pleasure remains a mystery.

LG also has some 8K plans of its own, revealing an 88-inch 8K OLED prototype. The brand predicts that the 8K TV market will reach around 5 million units by 2022.

Best Buy televisions – all the sets that have topped our tests 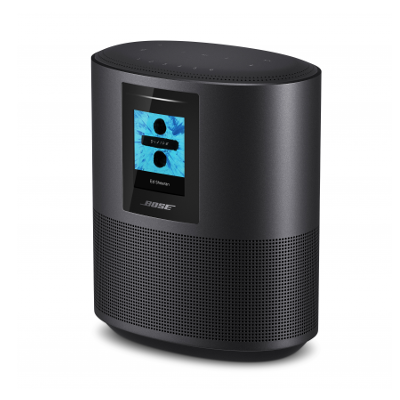 This year’s IFA event has teased a selection of speakers aimed at audiophiles looking to improve their home set-up.

The new Bose Home Speaker 500 is an Alexa-equipped smart speaker that claims to offer ‘the widest soundstage of any smart speaker available today’. It provides true stereo, with a pair of custom drivers inside – they help sound reflect off surrounding walls and separate instruments from the artist’s vocals.

The new speaker, which Bose says serves up ‘powerful and lifelike’ audio, will retail for £399.95. 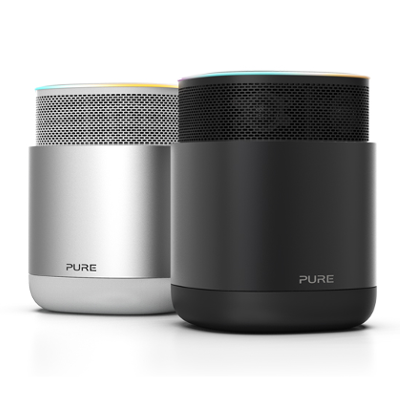 Smart speakers with voice assistant support are in no short supply, but Pure hopes to offer something unique with the DiscovR smart speaker.

As we’ve seen before, the speaker uses voice commands to play music, read news headlines and set alarms. But this compact speaker with Alexa has been created with privacy concerns in mind. There’s a button to mute the microphone, and when the speaker is closed it’s physically disconnected from the microphones to guarantee privacy.

Said to last up to 15 hours on a single charge, the speaker also features a Music Discovery feature – at the touch of a button you can identify the song that’s playing and add it to your music service playlist.

The Pure DiscovR smart speaker will be on sale from October at £229.99. 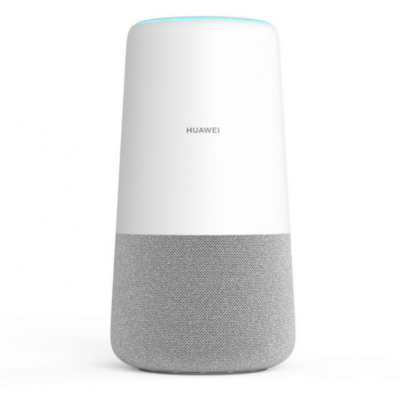 Huawei has marked its entry into the world of smart speakers with the AI Cube, a 4G router that also functions as a speaker thanks to Alexa support. Weirdly, Huawei’s AI-powered gadget isn’t cube-shaped – it shares a similar look to Amazon’s Echo speaker.

The AI Cube gives users a ‘convenient way to connect to the internet and control smart devices’, while the list of audio-based features includes ‘full, rounded bass’ and far-field voice recognition.

Rumours suggest the AI Cube will arrive before the end of the year. We’re yet to hear anything on pricing. 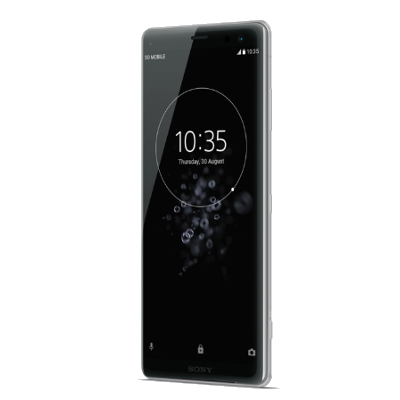 If you’re itching to get your hands on the latest version of Android, Android Pie, buying Sony’s latest handset is one way to do just that. The smartphone has a 6-inch OLED display and comes powered by a Snapdragon 845 processor. It’s also water and dust resistant.

We’re looking forward to testing the snappers on the XZ3. The main 19Mp camera uses ‘Smart launch’ with AI to make taking shots at speed that little bit easier. On the front is a 13Mp selfie camera.

The Sony Xperia XZ3 is due to launch late September, and we’ll be sending one straight to our test labs to see how it performs. 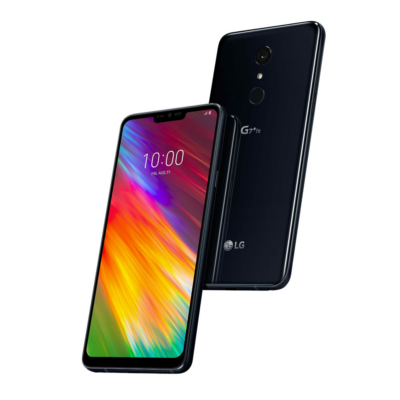 As LG’s first Android One smartphones, the LG G7 One and LG G7 Fit will be treated to regular security updates from day one.

The LG G7 One has a 6-inch QHD+ display and runs on a Snapdragon 835 processor and 4GB of Ram. It has the same all-glass design as the LG G7 ThinQ, and offers 32GB of internal storage out of the box.

Also joining the LG family is the LG G7 Fit, which is designed to ‘bridge the gap between mid-range and flagship models’. It has a 6-inch display, Snapdragon 821 processor, 4GB of Ram and 32GB or 64GB of internal storage.

Price and availability for the two smartphones are yet to be confirmed. We’ll let you know when we hear more from LG.

Honor Play – The ‘crazy fast, crazy smart’ Honor Play is aimed at gamers. It runs on a Kirin 970 processor that can deal with even the most technically-demanding titles. Other features include a 6.3-inch display, a 16Mp camera and a 3,750mAh battery.

Huawei Mate 20 Lite – You’ll count four cameras on the Huawei Mate 20 Lite. Each one uses AI to improve the quality of your photos, and you can use the front-facing camera to take a selfie with the bokeh effect – it blurs the background and keeps you in focus.

New Motorola devices – Motorola has shown off the Motorola One and One Power smartphones, each running on Android Oreo. The One has a 5.9-inch screen, a Snapdragon 625 processor, 4GB of Ram and 64GB of storage. The One Power has a larger 6.2-inch display and a Snapdragon 636 processor.

Best Buy smartphones – the very best of iOS and Android 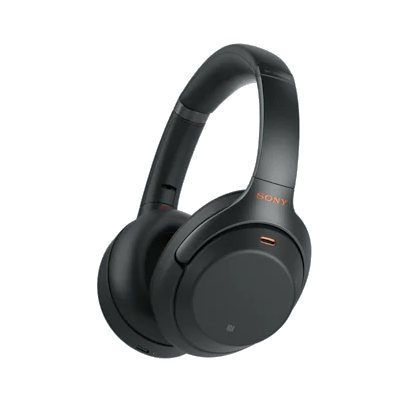 Sony seems confident that its latest pair of over-ear, noise cancelling headphones are its best yet.

The wireless Sony WH-1000XM3 headphones use the tech giant’s HD Noise Cancelling Processor QN1 to deliver ‘four times greater performance’ when it comes to blocking out background noise. The technology negates low-range noise (handy if you’re on a long flight) and mid to high-range noises that you’d hear on the street.

If you need to quickly mute music, you can use the Quick Attention feature – place your hand on the ear cup and the volume will lower so you can hear what’s going on around you.

Sony says that the WH-1000XM3 headphones will land at some point in September for around £300. 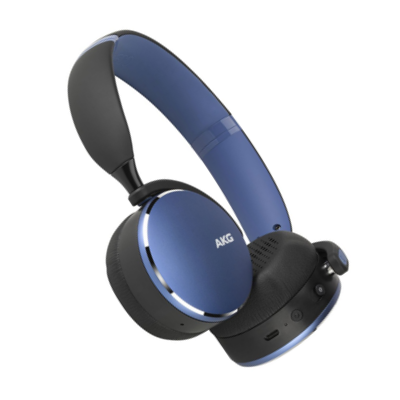 The audio brand’s Y500 headphones (right) are described as the ‘ideal all-day companions for music enthusiasts’. The headphones support Ambient Aware technology, which means you can manually adjust the noise cancellation strength based on where you’re listening.

Also on-board is a handy Auto Play/Pause feature that automatically pauses your music when you take the headphones off. We’re still waiting for details on pricing and a release date.

Best Buy headphones – enjoy your music on the move 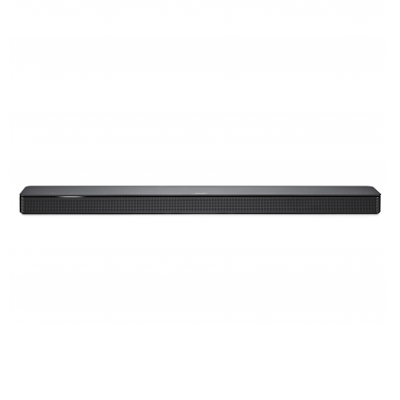 Bose has two new soundbars on the way. The cheaper option is the Bose Soundbar 500, which lets you switch back and forth between audio for video to music.

This soundbar is 81cm long and flaunts a subtle matte finish, tucking neatly under a television screen. It can also be wall-mounted if you’re struggling for space on the TV cabinet. The Bose Soundbar 500 costs £499.95. 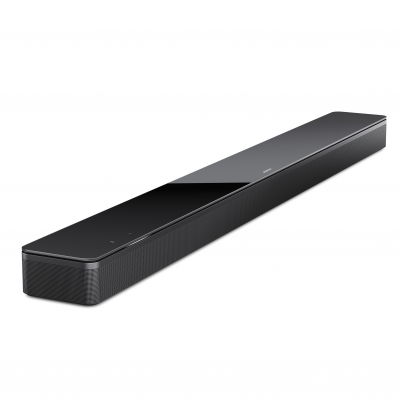 Built to ‘outperform every other product in its category’ is the Bose Soundbar 700. It’s pricier at £799.95, and slightly longer at 98cm.
This larger model has a tempered glass top and uses Bose PhaseGuides to place sound in places where there are no speakers. Bose says you’ll get crystal-clear dialogue and dramatic realism from its premium soundbar. 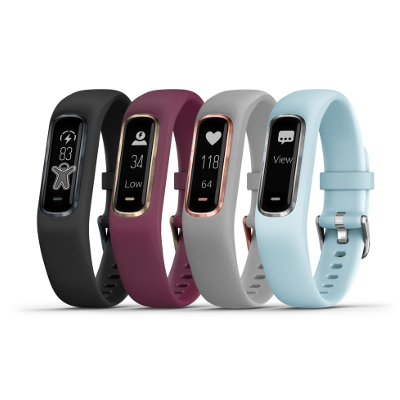 When it comes to tracking sleep patterns, the new Vivosmart 4 can identify light, deep and REM stages of sleep. It tracks movement throughout the night, and then presents the user with some stats in the morning via the ConnectTM smartphone app.

Garmin has introduced its new Body Battery energy monitor. The tracker estimates how much energy you have and then uses that information to recommend the best time for activity and rest. It’s also said to offer up to seven days of battery life between charges.

The Vivosmart 4 has a suggested retail price of around £100 and is estimated to ship in 3-5 weeks.

Fitbit Charge 3 – The latest Fitbit is swimproof, has a touchscreen display and a seven-day battery life. See our story on the Fitbit Charge 3 for more details.

Philips SmartSleep – Among the more unusual looking gadgets at IFA is the Philips SmartSleep. We’re told that this wearable sleep headband is clinically proven to improve sleep quality and increase energy. Sadly it doesn’t come cheap – it’s on sale for $399 (around £300)

Transforming your living room lights just got a little easier thanks to new lamps and light bars from Philips.

The Philips Hue Play is a light bar and you can place behind your television for a unique, immersive experience. Philips says that it can also be used on the floor or along the edge of a bookcase, adapting to your interior and taste.

You can adjust the lighting conditions of the Hue Play with the Philips Hue smartphone app. There are 16 million different colours to choose from when it comes to creating that perfect ambiance.

Also on offer from Philips is the Signe lamp. It lets you paint your walls with light, and Philips says it will sit nicely next to your TV. It’s available from September. A table lamp light costs €170 (around £150), while the floor lamp light is €270 (around £240). 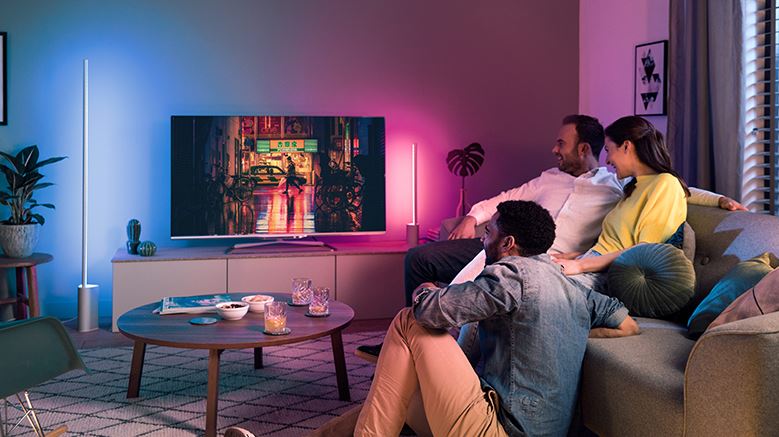 If you fancy taking pictures on the move and printing them right away, Polaroid’s new arrival can help you get the job done.

The Mint 2-in-1 Instant Digital Camera and Printer features a 16Mp camera, and you can print vibrant images straight after you’ve grabbed your shot. A Micro-SD card slot gives you up to 256GB of storage, and a built-in selfie mirror helps you get everybody in frame.