Standard broadband customers may be paying more than fibre customers, despite dealing with slower speeds and more connection drop-outs.

Pricing analysis of some of the UK’s biggest providers shows that introductory offers for partial fibre (FTTC – Fibre To The Cabinet) packages were up to 45% cheaper than the non-discounted broadband rate.

For example, the regular non-promotional price for standard BT broadband in September 2018 is a hefty £45.49, while its partial fibre services start at just £29.99 on an 18-month contract.

In addition, new research from Which? shows that twice as many broadband customers, compared with fibre customers, are dissatisfied with their delivered speeds. 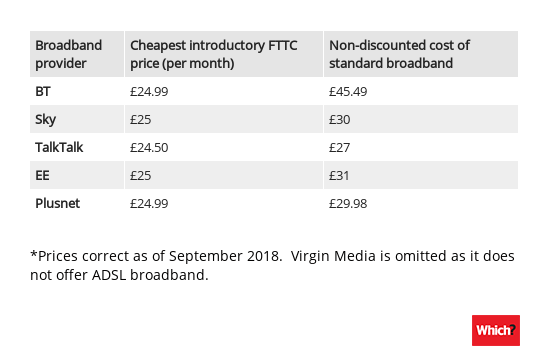 Find out how you could save today with the best cheap fibre and broadband deals.

The benefits of fibre

Outside introductory deals, the gap between non-discounted partial fibre and standard prices continues to narrow as well, according to Ofcom research. In its 2018 pricing report, it revealed that the average monthly price premium for partial fibre broadband over standard, when purchased as part of a dual-play bundle (broadband plus phone) fell from £8 in 2012 to £4 in 2017, and from £6 to £3 as part of a triple-play bundle (including pay TV).

Currently 95% of households have access to partial fibre. If you fall into this category, it’s certainly worth shopping around for an introductory offer – and don’t forget to haggle on your broadband once your introductory period has expired.

The future of fibre broadband in the UK

While partial-fibre availability is now relatively widespread, full fibre is still only available to 4% of the country. Full fibre, or FTTP broadband runs fibre-optic cables directly to your home.

This type of connection means you get a much higher speed – at least 300Mbps, and up to 1Gbps – and will future-proof the UK by completely doing away with the old copper cables, which are much less equipped to deal with the demands of modern life.

As part of the government’s long-term telecommunications strategy and the switchover to full-fibre broadband, the aim is to provide coverage to 15 million premises by 2025, and the entire UK by 2033. 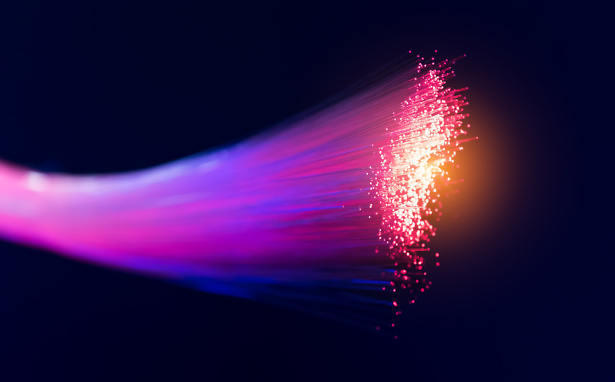 Which? has been pushing for better broadband, and we’re glad to see attempts to rectify issues with poor connections and little accountability. But the government must make sure that its quest for full-fibre availability doesn’t result in significantly higher bills for people.

Use our broadband speed test to find out whether your provider is delivering the speeds they promise.