The adverts, which were placed in both television and radio in March claimed: ‘Vodafone guarantee your home broadband speeds or money off until it’s fixed.’

After investigation, the advertising regulator concluded that consumers would interpret the adverts to mean that Vodafone could guarantee a minimum speed that was fast enough to avoid common issues, such as buffering, when that wasn’t the case for everyone.

Vodafone is one of 12 internet service providers we have reviewed. Find out how it fared against the others, including Virgin, Sky, TalkTalk and BT, by visiting our broadband reviews.

Vodafone’s guarantee was based on connection or ‘sync’ speed – the speed received by a customer’s router – not download or upload speed. Vodafone said it chose to use this because it’s the speed both the provider and network Openreach are able to control.

However, the ASA ruled that is was not an accurate measure of the speeds experienced by customers and was likely to result in some consumers getting slow speeds but still not qualifying for the guarantee.

It was also concerned that the guarantee did not refer to upload speed, which also has a bearing on the performance of home broadband when performing certain tasks, including online gaming.

The ASA said: ‘The ad promoted a speed guarantee when a significant number of customers were known to receive slower speeds at the router than what had been guaranteed.’

Vodafone said its website explained how the guarantee worked, what the minimum speed was that should have been achieved and what to do if it was not received. 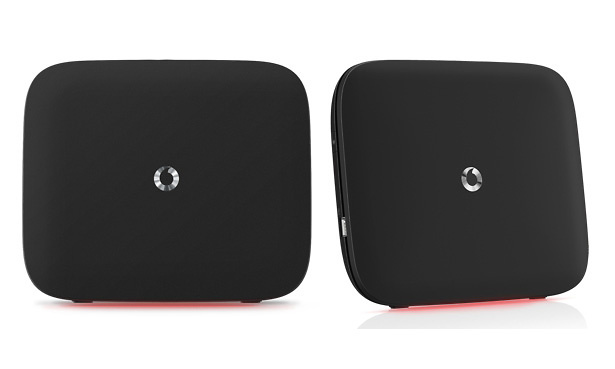 What speeds do broadband providers have to give?

However, under Ofcom’s Code of Practice, broadband providers should supply customers with estimated home speeds as early as practicable within the sales process. The Code of Practice is voluntary, but the providers that have signed up to the code (BT, EE, KCOM, Sky, TalkTalk, Virgin Media, Vodafone and Zen Internet) currently represent 90% of the market.

However, some providers – including Vodafone – also supply minimum speeds. At the moment, this is optional, but it will become a requirement from 1 March 2019. Providers will also be required to give their customers the right to cancel their contract if the minimum guaranteed speed isn’t met.

How fast is your broadband?

We’re calling on you to use our free speed checker to find out what broadband speed you’re actually getting.

When you sign up to a broadband deal, you shouldn’t have to rely on the average advertised speed – your provider should always give you a clear idea of the speed you can expect in your home. Our speed checker will help you compare the speed you actually receive with what you’ve been told to expect.