Google unveiled its heavily trailed and leaked update to its Pixel range of smartphones yesterday at a keynote event in New York, as well as introducing a ChromeOS tablet, the Pixel Slate, and the Home Hub, a smarthome device with a screen.

Despite not springing many surprises, Google is working hard to remain a major contender in key markets amid stiff competition.

We run the rule over the new announcements to see if fine-tuning is enough.

How to buy the best smartphone – find out which phone ticks the boxes with our in-depth guide. 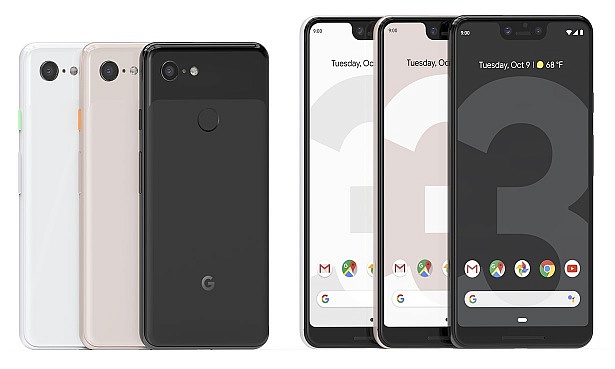 Google says ‘adios’ to aluminium with the new Pixel line-up. Both the 3 and 3XL are all-glass designs that once again confirm their place among today’s class-leading smartphones.

Despite this, both the Pixel 3 and its XL sibling don’t look very different to last year’s models. They’re a bit sleeker and slimmer in the hand, but it’s hard to spot the difference.

Under the hood, they’ve got the latest Snapdragon 845 processor, an upgrade from last year’s Snapdragon 835, but as with last year’s they come with 4GB of Ram and a choice of 64GB or 128GB internal storage – and there’s no headphone jack again.

As expected, the bigger of the two phones, the Pixel 3 XL, now sports the bezel-free screen. It has a ‘notch’ like last year’s iPhone X, which has since been emulated by a host of other Android devices including the OnePlus6 and Huawei’s P20 and P20 Pro. This means the 3 XL has a 6.3in display in a device that’s almost exactly the same size as last year’s Pixel 2 XL.

Most of the changes are in the software: the Pixel 3 and Pixel will ship with the latest version of Android Pie, and Google has added or enhanced some key features, using AI on the device to help you take better photos, manage your calls and find out information quickly.

Other new features add new functionality to the camera. The Photobooth function will shoot a burst of photos and will offer you what it thinks is the best. If someone blinked, for instance, the smart assistant will suggest a frame where everyone had their eyes open. The new Group Selfie feature will let you zoom in and out to make sure you get everyone in the frame.

Also new for the Pixel 3 phones is – finally – wireless charging via a dedicated stand that also functions as a smart dock. It will display photos, album covers and offer at-a-glance information such as details of your morning commute. The Pixel 3 starts at £739, with the XL starting at £869. The Pixel Stand dock will cost £69.

The Pixel and its big brother will be hoping for a spot in our list of Best Buy smartphones. 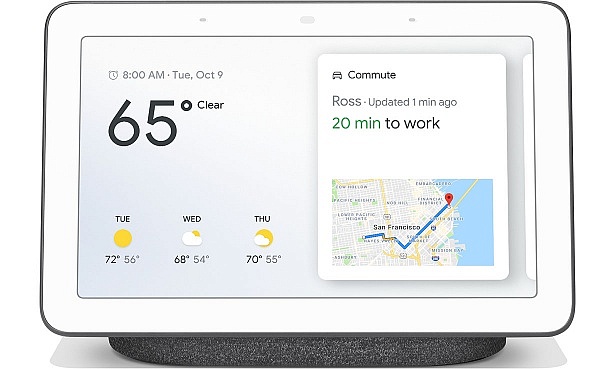 Google also unveiled its widely leaked Home Hub (£139), which combines the Google Home smart speaker with a surprisingly good-looking 7-inch screen. That screen doesn’t include a camera – Google has been listening to concerns about putting connected cameras in private spaces – but does feature a light sensor so that the screen adjusts to the ambient lighting conditions.

Google has done a lot of work on making the Home Hub suitable for a family setting: it will recognise different voices and offer personalised information, and it’s also building on its partnerships with makers of smarthome devices, offering control of a big range of third-party kit from the Philips Hue bulbs to smart locks and of course Google’s own Nest range. 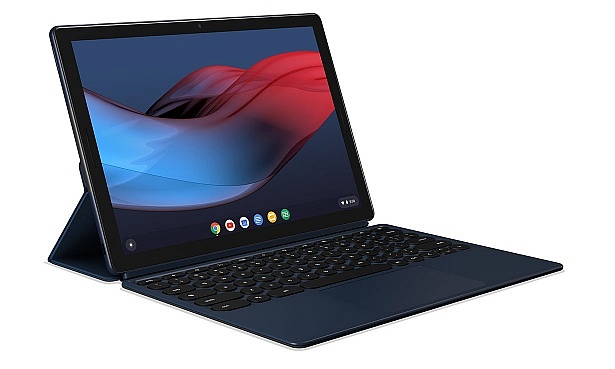 The other big device launched at the keynote was the Pixel Slate, which is aimed firmly at the market segment occupied by the iPad Pro and the Microsoft Surface Pro, and other similar devices. The Slate’s price – from £549, with the separate keyboard cover costing an additional £189 – is also squarely in that top-end market.

The Slate is a dark navy-blue tablet with a 12.3-inch display that runs not Android but ChromeOS, the browser-based operating system that powers last year’s Pixelbook laptop and a wide range of third-party Chromebooks. As well as being aimed at the productivity crowd, it’s also pitched as an entertainment device with its 293ppi 6-million-pixel display and claimed battery life of up to 12 hours. 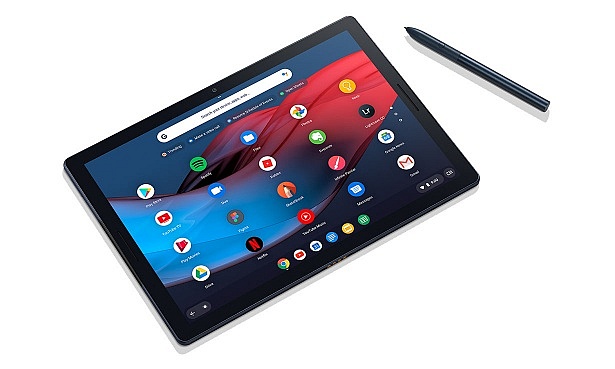 There’s also a matching dark blue Pen available for the Pixel Slate, at £99, unchanged from last year’s device launched to accompany the Pixelbook. That can be used to write directly on to the screen or used as stylus compatible with a range of apps from drawing to painting.

It’s also an accompaniment to the Google Assistant. Click and hold the button and draw around something you want more information on, such as a photo of a landmark or a phrase on a website, and the Assistant will spring to life and serve up the details.

This year’s collection of new tech from Google feels in many ways more like iterations rather than big bangs. The event was lower-key than in previous years, and there were fewer devices on show, with some such as the VR Daydream headset having vanished from view. We will be putting all this kit through our labs in due course though, so keep your eyes peeled for our expert verdict.

Browse our test-lab approved selection of Best Buy tablets, with prices starting from under £250.