Huawei has announced the Mate 20 Pro, its top-end phone of the year, alongside its smaller sibling the Mate 20 and a fitness watch called the Watch GT. Are Huawei’s latest releases worth getting excited about or is the company late to the party?

The Mate 20 Pro is Huawei’s flagship phone of 2018, so the company has made this handset stand out from the crowd. With a centrally located, triple-camera setup on the back and a huge 6.3-inch display that’s almost borderless, plus a choice of three colours, it’s unlikely you’ll mistake the Mate 20 Pro for any other phone.

The biggest feature – as is now the case on most phones – is that camera setup. The three lenses all perform different functions in a bid to help you get the best shot. The main camera is a 40Mp sensor with a wide, f1.8 aperture, which should be fine for most conventional photos. For something a bit different, there’s also a 20Mp wide-angle lens for capturing more in your images and an 8Mp ‘telephoto’ lens for getting close-up shots. 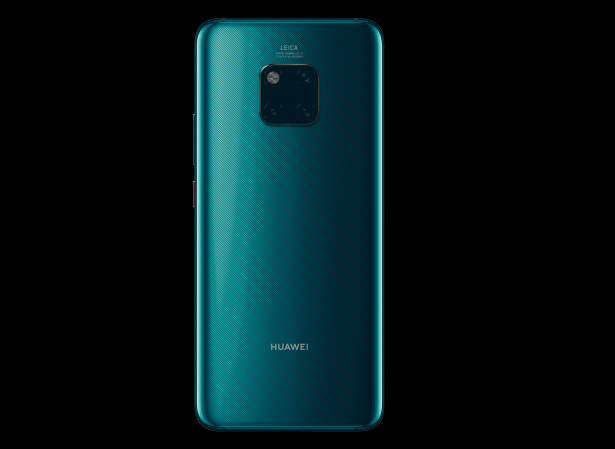 Under the hood, there’s Huawei’s latest Kirin 980 processor that the company says is 20% faster and 40% more power-efficient than last year’s 970. We’ll have to wait for a full lab test before we can verify these claims, though.

The 6.3-inch screen takes an unusual 3,120 x 1,440-pixel resolution, which makes this phone taller than most other handsets. This is very much a phone you’ll need to use with two hands. There’s an under-screen fingerprint scanner towards the bottom of the phone and facial-recognition cameras above the screen.

On board is a 4,200mAh battery, which is 200mAh larger than last year’s model. It can be charged wirelessly and with the high-spec wired charger that comes in the box, Huawei says you can charge to 70% capacity in 30 minutes, granting you a day-and-a-half of use. Again, manufacturer claims don’t always match what we find in our lab tests.

Most interestingly – and possibly gimmicky – the wireless charging feature in the phone can work in reverse; if you place another compatible phone back-to-back with the Mate 20 Pro and charge that phone. How useful this is in reality remains to be seen.

The phone runs Huawei’s EMUI software, which is based on Android 9.0 ‘Pie’.

The Mate 20 features fewer of these high-end features, with a spec sheet that’s more akin to last year’s Mate 10. This will be the more affordable phone in the series, although at the time of writing Huawei had not revealed how much the phone will cost in the UK.

In terms of rivals, the Mate 20 Pro will go toe-to-toe with the Samsung Galaxy Note 9 and iPhone XS Max; Huawei’s brand has come a long way in recent years, but taking on these behemoth manufacturers will be a tough task. 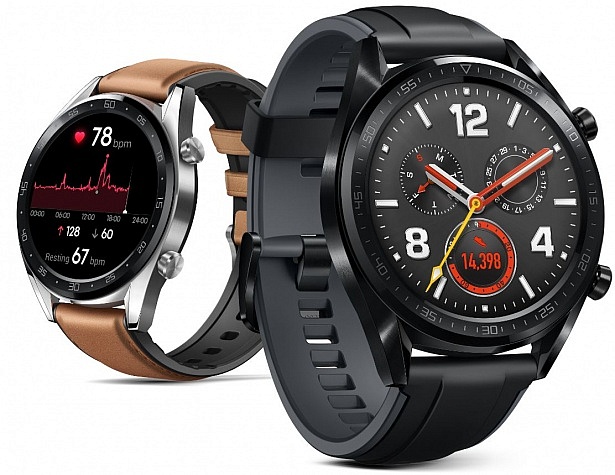 Huawei has also unveiled a new fitness watch, which seems more squarely aimed at the fitness-oriented functionality of Garmin, rather than smartwatches like the Apple Watch. This chunky, round watch has a ceramic bezel and DLC (which stands for ‘diamond-like carbon’) screen to increase endurance, and can automatically detect when you’re starting an exercise. With all fitness features turned off, the watch can last a month on a single battery charge. With activity tracking features turned on all the time, it will last closer to 22 hours.

The focus is on fitness, so there aren’t any apps to install on the watch; although you will be able to receive notifications from your phone on the watch so you can see what’s going on at-a-glance. Again, no price had been announced at the time of writing.

Torn between wearables? Find out whether to buy a fitness tracker or a smartwatch.