Microsoft has announced both the Surface Pro 6 and Surface Laptop 2, as the company refreshes its laptop line-up ahead of the holiday buying season.

While both new devices are quite minor updates on their predecessors, if you have an older Surface device, such as a Pro 3, 2 or even an original Surface Pro, these new products are significant steps forward.

Should you rush out and buy one, or keep an eye out for a discount on a predecessor? We take a look at your options.

Find out whether the Surface series makes it onto our exclusive list of laptop Best Buys.

Surface Pro 6 – back to black

Having ditched its numbering system for the 2017 Surface Pro (5), Microsoft has decided that numbers are useful after all and has reintroduced them for the Surface Pro 6. The biggest upgrade here is the step up from dual-core, seventh-generation Intel Core i processors to the very latest 8th-gen chips.

Normally this wouldn’t be much cause for celebration, but the generational leap doubles the number of processor cores from two to four, giving the Surface Pro 6 much better performance for tasks such as editing photos and videos. Microsoft is also claiming improved battery life, touting a figure of 13.5 hours of continuous use.

Beyond that, there’s little to choose between the 2017 Surface Pro and Surface Pro 6, aside from a new colour option – you can now get it in black as well as silver – and the TypeCover keyboard and Surface Pen stylus from previous generations are still compatible with the Surface Pro 6.

The Surface Laptop 2 also benefits from new 8th-gen Intel Core i processors, with both Core i5 and i7 models available. The cheapest model is now £979, which is the same price as the original Surface Laptop when it was launched in early 2017.

However, you now get 8GB of Ram as standard; last year the cheapest model came with 4GB, which was stingy even then. This base model comes with 128GB of SSD storage, and you’ll pay a wince-inducing £350 premium for a 256GB drive. Carefully consider whether you need that extra space or could save some cash. There’s a new black model, as well as the burgundy, blue and silver options available last year. 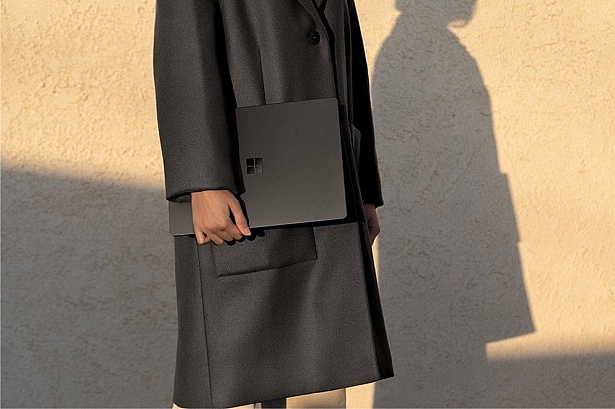 Is Black Friday the perfect time to find Surface deals?

If you were hoping to pick up a bargain on a Surface during Black Friday or the January sales, you could well be in luck. With a new generation of devices, it’s likely that retailers will want to clear some warehouse space for the very latest models, so previous-gen models should get a decent discount.

During last year’s Black Friday week we saw some huge discounts on the then-last-generation Surface Pro 4, which received a £300 price cut alongside a free TypeCover keyboard, with a discount totalling over £400.

Microsoft itself offered £274 off the Surface Pro Core m3 keyboard cover bundle, and more than £250 off a Surface Pro i5, and Currys PC World also got in on the action with up to £300 off.

It’s worth shopping around, as different high-street brands will have slightly different deals – for instance, discounts on different specifications of the laptop you’re after, or different bundles.

Read our Microsoft Surface Laptop review for the details on the previous-gen models before you head out to grab a bargain.