Chinese smartphone giant Xiaomi has officially landed in the UK, bringing a trio of Android-powered mobiles with it.

Xiaomi’s mission to take over the UK with high-spec, affordable phones has seen it unveil the Mi 8, Mi 8 Pro and Redmi 6A. The group will undoubtedly be hoping that its feature-packed smartphones have Apple, Huawei and Samsung worried.

But with so many established Android brands to choose from, can Xiaomi earn its place in an already crowded market? Below, we run through the key features of its smartphone range.

Best Buy mobile phones – find the perfect phone for you.

The Beijing-based company is the fourth largest smartphone brand in the world. According to figures from IDC, Xiaomi shipped 31.9m units worldwide in Q2 2018. Only Apple (41.3m), Huawei (54.2m) and Samsung (71.5m) produced more mobiles in that time.

Over in China, Xiaomi is ahead of the pack when it comes to phone sales, and it now has its sights set on Europe. 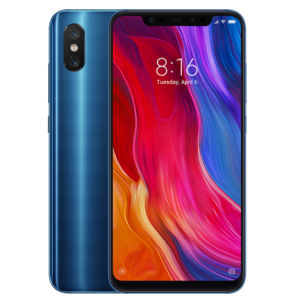 This is the first Xiaomi smartphone launched in the UK and is aimed squarely at buyers on the hunt for premium specifications and capable cameras.

It’s not flaunting the most original design seen on an Android mobile this year, but the Mi 8 will still appeal if you’re looking for an iPhone-inspired device with a speedy processor and a more-than-fair price.

The Xiaomi Mi 8 is powered by a Snapdragon 845 and 6GB of Ram, which means that on paper it should cope effortlessly with multitasking.

The front of the phone is a 6.21-inch AMOLED display, and the notch you’ll spot at the top of the screen houses a 20Mp front-facing camera that can be unlocked with facial recognition. On the subject of cameras, flip the phone over and you’ll find a dual 12Mp camera setup with optical zoom. Xiaomi says that the cameras use AI technology to improve your photos. A fingerprint sensor is also sat on the back of the Mi 8.

You get a 3,400mAh battery on the Mi 8, and the mobile supports Xiaomi’s Quick Charge technology. We’ll see how much battery it eats through on a typical working day when we get it to our test labs. 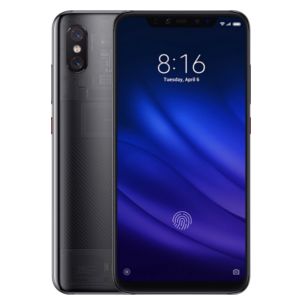 Xiaomi’s Mi 8 Pro is the Mi 8’s high-spec brother, and this is the first time it has officially gone on sale outside of China. The display on the Mi 8 Pro matches the Mi 8 for size and resolution, and Xiaomi has used the same front and rear cameras too.

However, this chunky smartphone has a couple of attention-grabbing features setting it apart from the standard Mi 8, including a transparent titanium-coloured back and the world’s first pressure sensitive in-screen fingerprint sensor.

At Xiaomi’s recent press event, the Mi 8 Pro was compared with the Samsung Galaxy S9 and Huawei P20 Pro. While Xiaomi is targeting those Android flagships, it has managed to do so while keeping the price for its own mobile surprisingly low. The Mi 8 Pro is £499 Sim-free, which could be enough to tempt you away from the £739 S9 and £799 P20 Pro.

Although it’s offering contract deals for the Mi 8, Three told us that it has no current plans to stock the Mi 8 Pro. If you’re convinced, then you’ll need to buy one online. 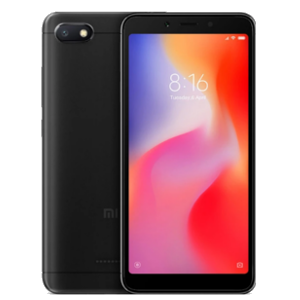 This budget-priced Xiaomi mobile is worlds apart from the Mi 8 and Mi 8 Pro in terms of raw power, but it could suit you if you’re shopping for an Android mobile that only needs to make calls and manage basic tasks such as web browsing.

The Xiaomi Redmi 6A has a single 13Mp main camera and a 5Mp front-facing shooter. The phone has just 2GB of Ram under the hood, so we wouldn’t expect a completely lag-free experience from this one if you’re attempting to play a demanding, high-speed smartphone game.

Despite an uninspiring spec sheet, the Redmi 6A still supports facial unlock. It also has dual-Sim support, which is a handy bonus if you want to keep your personal phone book and work phone book separate. 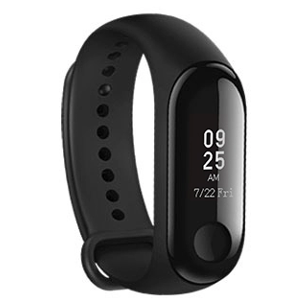 Looking for a fitness tracker that won’t break the bank? Xiaomi reckons the Band 3 is the answer, combining handy features such as text message alerts with an easy-to-stomach price tag of £26.99. It comprises a pill-shaped tracker that fits inside a silicone strap, and there are three colours to choose from: black, blue or orange.

The Xiaomi Band 3 has a 0.78-inch OLED touch screen and can track steps taken, exercise routines and sleeping patterns. A water-resistant design means it can survive a jog in the rain, and Xiaomi is confident that the wearable can last ‘up to 20 days’ on a single charge.

To see how this tracker scored in the Which? test lab, have a read of our full Xiaomi Mi Band 3 review, or check out our full range of fitness watch and activity trackers.

Xiaomi smartphones are exclusive to Three

At the time of writing, Xiaomi smartphones on contract are exclusive to Three, and there are only two mobiles to choose from: the Xiaomi Mi 8 and Redmi 6A.

If you buy either of these smartphones on a 24-month plan, Three will add in a free Xiaomi Mi Band 3. See below for a selection of ‘Three recommends’ deals.

Xiaomi Redmi 6A plans on Three

Where can I buy a Sim-free Xiaomi smartphone?

With Xiaomi officially launching its UK website this week, it’s now easier than ever to order a Sim-free Xiaomi mobile for yourself. It has also partnered with major UK retailers including Currys PC World, John Lewis, Argos and Carphone Warehouse.

Previously, if you were interested in a Xiaomi mobile, your only option was to import the phone from abroad and hope that you could work out how to configure the language settings.

What other technology does Xiaomi offer?

Aside from phones, Xiaomi also has its own line of audio gadgets and smart devices. The brand has also confirmed plans to sell its own £399 electric scooter.

There are three pairs of headphones on offer, with the line-up made up of the £19 Mi In-Ear Headphones, £25 Mi Sports Bluetooth Earphones (designed for sports) and £35 Mi Headphones Comfort (over-ear headphones).

Xiaomi is also selling a couple of power banks, along with a motion-activated night light on sale for £10.

More and more mobile phone brands are getting competitive on price – read our guides to the best cheap mobile phones and best mid-range mobile phones for handsets that offer plenty of bang for your buck.