A DNA-dubious dog, a £1.8 million luxury SUV car, a pin-filled wedding dress, a grumpy horse and a ‘red thingy’ are among the over 27,000 items reported to Which? as being faulty.

We looked at what people using our free faulty goods complaint tool complained to retailers about in the past year.

The Which? faulty goods complaint tool helps people to create a tailor-made complaint letter to send to the retailer.

We also surveyed more than 2,000 people across the UK at the end of November and start of December this year and asked about their experience dealing with faulty goods.

The survey revealed just over two in five people bought something in the last year which was either faulty when it arrived or developed a fault within the first six months. 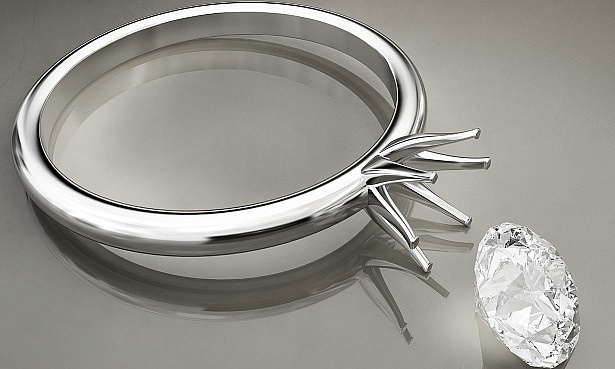 The most valuable faulty good complained about was a £1.8 million luxury SUV car which kept breaking down.

There were also complaints about: 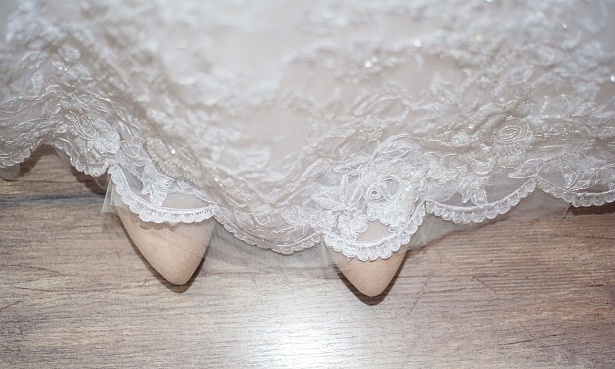 One person also complained about a £5,100 bespoke wedding dress. The person said: ‘The underskirt of wedding dress was unfinished, with pins still present.

‘This was found on the day of the wedding when getting dressed for the ceremony.

‘This was complete hock as the dress was bespoke, made to measure and had been checked and packed by staff at the store the week before the wedding.

‘Unfortunately as this was discovered at this time there was no alternative but to leave the pins in place otherwise the underskirt would have dropped below the hem of the dress.

‘This was extremely uncomfortable when kneeling in church and caught throughout the day.’

Another person said their a Goldendoodle puppy was faulty, because they were told its mother was a full golden retriever and the father was a full standard poodle.

But as the dog grew up it became apparent this was not the case, so they did a DNA test and found the dog was 50% German shepherd, 25% golden retriever and 25% standard poodle.

In our survey, of those who purchased a faulty good, 85% tried to return it while 15% did not.

Nearly all the people we surveyed who tried to return their faulty good (93%) had a successful return outcome. 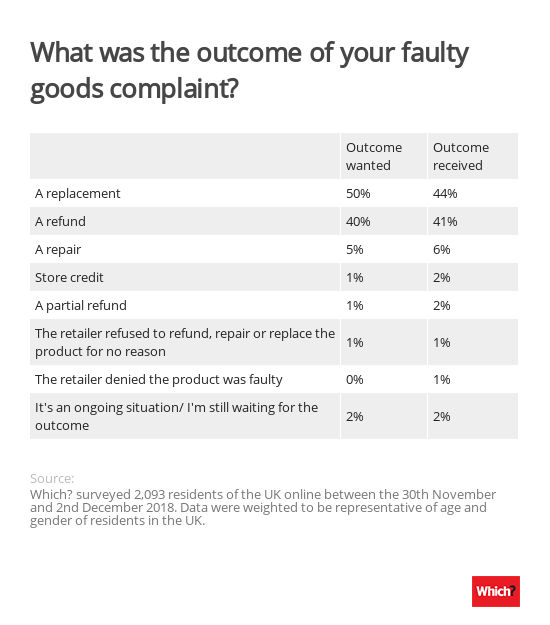 If you buy something online or in store and it arrives faulty or soon develops a fault, the Consumer Rights Act gives you the right to reject it within 30 days and get a full refund.

After the first 30 days and within the first six months of owning the goods, you can’t demand a full refund straight away. But you have the right to get the faulty product repaired or replaced. If a repair or replacement is unsuccessful, you can ask the retailer for a refund.

After the first six months, you still have the right to a repair or replacement but the burden is on you to prove the fault was present when you bought the item.

You have up to six years to take a claim to the small claims court for faulty goods in England, Wales and Northern Ireland, and five years in Scotland.

Read more: find out your rights to returning faulty products 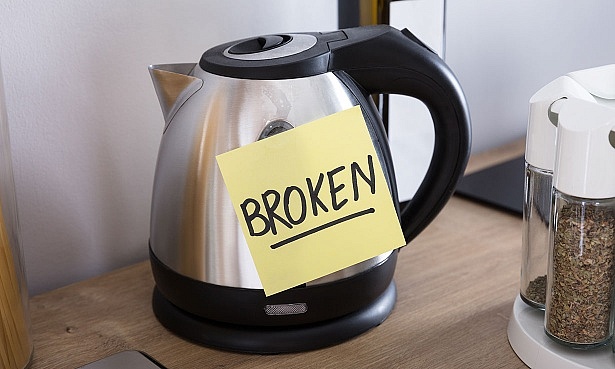 Most common types of faulty products

In our survey we found electrical goods were the most common product category people tried to return, followed by clothing and shoes, and furnishing and homeware items. 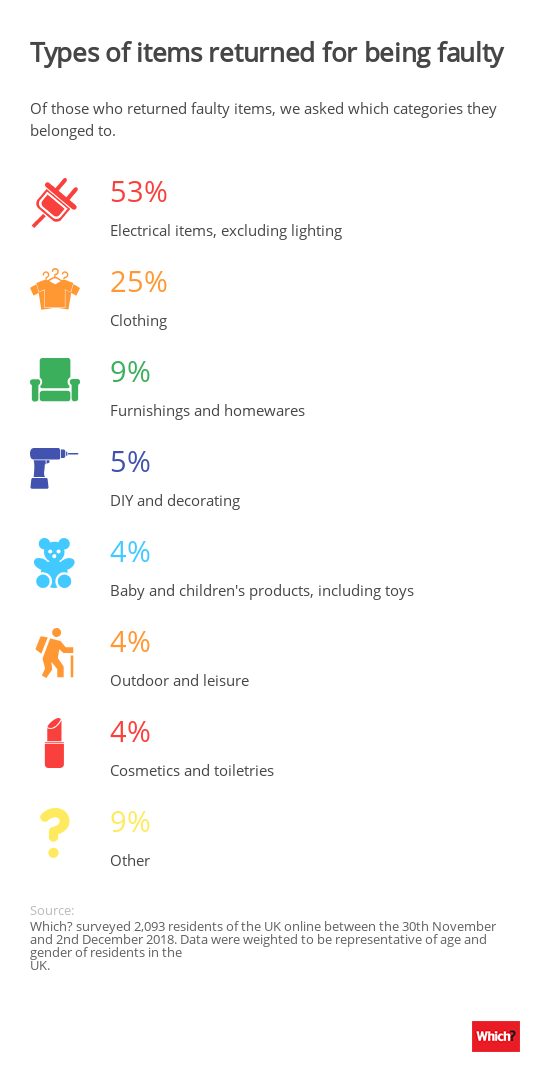 How to complain about a faulty product

If you buy something which turns out to be faulty, you should contact the retailer you got it from – not the manufacturer.

It’s best to put your complaint in writing either in an email or in a letter.

If this isn’t successful, you might have to escalate your complaint to an alternative dispute resolution (ADR) service.

If you’ve suffered damage as a result of a defective product is entitled you have rights to make a claim under the Consumer Protection Act.

The act gives you the right to claim compensation against the producer of a defective product if it has caused damage, death or personal injury.