Customers who sign up for combined TV and broadband bundles and do not haggle with their provider are being hit with loyalty penalties of up to £690 per year.

It’s typical for providers to advertise cheap introductory deals to entice new customers, but substantial price hikes can start to kick in after an initial 12 or 18-month period. We found that two in five customers had stayed with the same provider for more than 10 years and may be overpaying by huge sums as a result. Simply haggling with your provider will typically save you 22% on your annual bill, totalling an average of £180 each year.

Thinking of switching? See who comes out on top with our list of the best and worst TV and broadband providers.

How much providers charge loyal customers

We found Sky customers who had not attempted to haggle in the past 12 months were paying the largest amount on average, at £1,050 a year. Sky customers who had haggled paid £120 less each year, reducing their average annual bill to £930. While it’s true that Sky is the only provider that offers 300 channels even with a basic deal, the typical amounts paid to Sky by respondents to our survey were easily the highest overall.

When we analysed new deals currently on the market, we found Sky’s cheapest package – the Broadband + Entertainment bundle – costs a competitive £360 each year. But this is £690 less than the amount being paid by the average longstanding customer who hasn’t haggled recently. New customers choosing a premium package including faster fibre broadband and extra channels such as Sky Sports would still only pay £780 per year.

While Virgin Media customers who hadn’t haggled were paying less than the typical Sky customer, they still had to hand over an average of £960 each year for their broadband and TV bundle. Recent hagglers typically paid £180 less each year with Virgin Media, averaging £780 annually.

However, as with Sky and Virgin Media, BT’s best deals are reserved for new customers. A new subscriber to the provider’s Classic bundle would pay just under £480 a year. A Max HD BT package including premium add-ons, such as sports channels, costs under £600 for new customers.

Avoid the loyalty penalty on broadband

Make sure you’re not one of the customers paying over the odds for your TV and broadband deal. If you’re not overly attached to your provider, use Which? Switch Broadband to find cheaper deals in your area. Switching regularly is the best way to ensure you stay on affordable introductory deals.

If you’re happy with your provider and have moved outside of your introductory period, you should haggle. The conversation with your provider doesn’t have to be a difficult one. Follow the tips in our guide on how to haggle with your broadband provider to ensure the process goes smoothly for you. 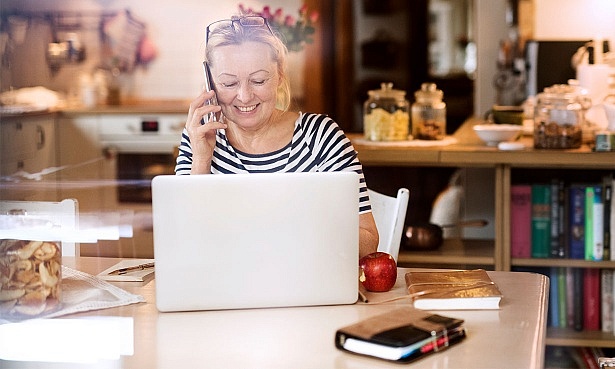 But the onus shouldn’t solely be on customers, so it’s time providers did more to ensure all customers are being charged fairly. The Competition and Markets Authority recently made a series of recommendations to address unfair practices in five markets: cash savings, mortgages, household insurance, mobile phone contracts, and broadband. It found that consumers are being overcharged by around £4bn annually across these markets, with those who are less well-off and the elderly most likely to be longstanding customers at risk of paying a loyalty penalty.

The telecoms regulator, Ofcom, is reviewing how much broadband providers change their prices over time and also exploring concerns that some customers could be paying more than others for similar or worse services, particularly when introductory offers have ended. It has also proposed new rules that will require broadband, mobile phone, landline and pay-TV providers to alert customers about the best deal they offer.