More than half of Brits consider finding a new relationship a hassle – but the same is true of switching broadband provider, according to a Which? survey.

When we asked more than 2,000 members of the public how much difficulty was involved in a number of scenarios, we found changing broadband provider and finding a new partner were considered a hassle for more than 50% of people. Planning a holiday or buying a gift for an in-law were less likely to be considered a bother.

If that seems a bit inhuman, don’t worry – the two weren’t considered equally trying. Survey respondents were most likely to consider switching broadband provider a ‘little bit’ of a hassle. Finding a new partner was most likely to be considered a real struggle – 44% of respondents said it’s ‘a lot’ of hassle.

Sadly, Which? can’t help if you’re in the hunt for a new partner in time for Valentine’s Day. But we can help remove any hassle from switching to a new broadband provider – use Which? Switch Broadband to find the best deals where you live.

Is it time to make your provider an ex?

Although finding a new partner is not life’s easiest task, there are some issues that can be a dealbreaker in a relationship.

For example, more than half of those questioned told us they would leave their partner if they stopped them from doing the things they enjoy. Could you be putting up with a broadband supplier that does the same thing?

We regularly survey consumers about their providers, and have found that some stick with suppliers for long periods despite experiencing slow speeds and connection drop outs. Poor quality connections can prevent you from enjoying your favourite TV shows, listening to music or online gaming. Not having access to a reliable internet connection can even stop you from keeping in touch with friends and family.

Similarly, we found that just under half of Brits would leave their partner if they didn’t support them when they had a problem. Don’t put up with internet service providers (ISPs) that fall into the same category – we’ve found that the worst broadband providers aren’t only difficult to contact, they also offer substandard customer service and technical support.

Find out which providers will let you down – and which are worth your time – using our round up of the best and worst broadband providers. 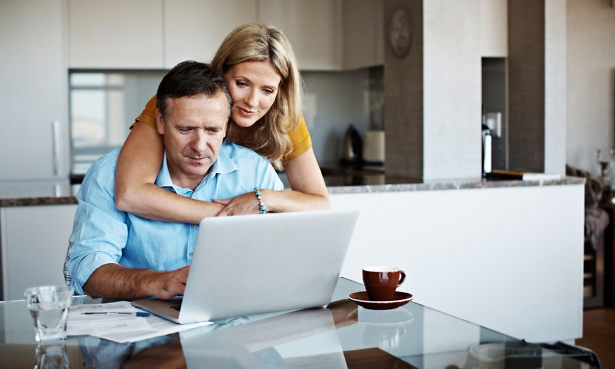 The process of switching providers doesn’t have to be an inconvenience. It’s a simple case of finding a new provider that sweeps you off your feet – once you get in touch with them, in most cases they’ll arrange the switch for you. To get started, read our guide on how to switch broadband provider and follow the four steps to quickly get set up with a new connection.

When we asked Which? members who have gone through the process of switching provider, 69% told us it was it was an easy one.

When you’re considering a new deal, it’s also worth considering upgrading your connection to a faster one. We’ve found that customers who have fibre connections are significantly more satisfied with both the speed of their broadband and the reliability of their connection. Fibre isn’t always a pricey option – in fact it might be possible to upgrade to fibre for less than regular broadband.

Weigh up the pros and cons of ISPs you’re considering switching to with our broadband provider reviews.