New organisation Green NCAP has launched today – it’s a European consortium that publishes independent emissions and fuel efficiency results. It’s released results for 12 cars and the biggest polluter in its tests is a well-known model from Fiat.

The cars tested, which include very popular models such as the Ford Fiesta, VW Golf and the Mercedes Benz A-Class, highlight the lack of correlation between being fuel efficient and being clean.

Among its results, Green NCAP reveals that just because a car is efficient, it does not mean it has low emissions – and vice versa.

Don’t think it’s just diesel cars that have been penalised; the biggest polluter is this new series of tests is a 0.9-litre petrol engine found in a Fiat Panda.

Keep reading to find out more about Green NCAP and its test results.

We don’t recommend cars that produce a large amount of emissions in our own tests. Use our independent car reviews to find your next vehicle. 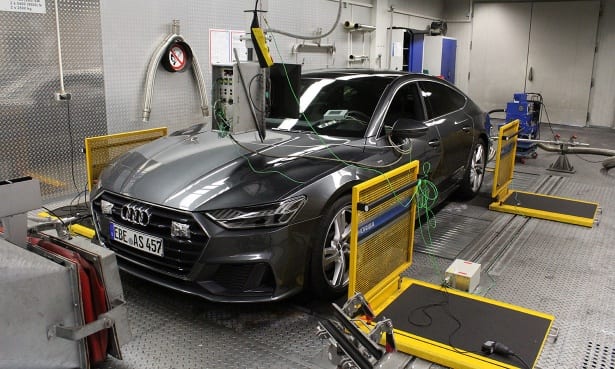 What is Green NCAP?

Launching today, Green NCAP is a new European consortium, supported and funded in part by Which?, that aims to provide consumers with independent information on how clean and how fuel efficient cars really are.

It wants to motivate car manufacturers to develop cars that make the most efficient use of the energy they use, and to minimise the pollutant and greenhouse gases they emit.

The tests are similar to a number of tests that Which? runs. Using a number of different scenarios, mostly lab-based but also featuring real-world driving out on the road, it measures both pollutants and fuel efficiency for different cars.

In the tests, each car is awarded a score for:

These two scores are then combined to create a single rating out of five stars for the car; where zero is the worst, and five is the best.

Petrol vs diesel cars: which is better? 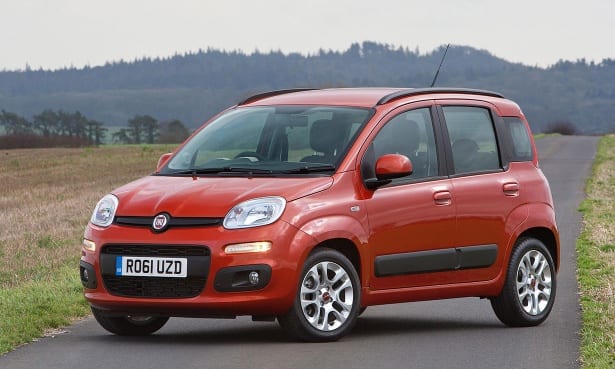 Three cars were awarded zero stars out of five in the Green NCAP tests. These were the Fiat Panda, Ford Fiesta and VW Golf.

But there is an important caveat: the versions of the cars tested all had Euro 6b certified engines, not Euro 6d-temp engines – unlike almost all the other cars in the tests.

Euro 6b and 6d-temp explained

In a nutshell, cars with engines that are certified as Euro 6b means they were type approved under older, less demanding tests.

It was legal to sell cars with Euro 6b engines as new, up until September 2018. All cars mentioned above have now been replaced by versions that use Euro 6d-temp engines.

To find out more about what this means and why its important, and how our own tests differ from the official ones, see our guide on how we test mpg and emissions.

While these engines are not available as new, these cars were on sale previously, and some will still be on our roads today. Green NCAP results show that if you’re near a Euro 6b Fiat Panda, you’ll want to keep your distance from its tailpipe. 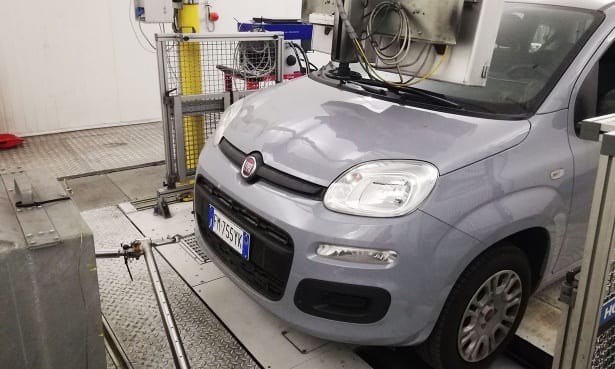 The Fiat Panda’s 0.9-litre petrol engine may not sound like a big emitter of pollutants, but it scored zero points for emissions, thanks to producing a large amount of particulate matter.

Across all of Green NCAP’s lab and on-road emission tests, the Panda showed it struggled to regulate the amount of particulates that comes out of its exhaust pipe. It also produced a large amount of carbon monoxide (CO).

However, like the other cars that also received zero stars, the engine was reasonably fuel efficient. 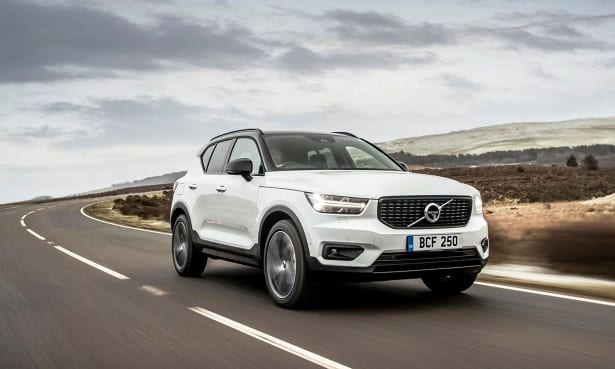 One star out of five: Audi A7 Sportback, Volvo XC40 and Subaru Outback

A trio of cars get a paltry one-star rating. The Audi A7 Sportback, Volvo XC40 and Subaru Outback all did reasonably well at controlling their emissions, but it comes at the expense of fuel efficiency.

Similar to findings we’ve published previously, it shows that just because a car is fuel efficient, it doesn’t mean it’s less likely to produce a lot of pollutants.

Chairman of Green NCAP’s Technical Working Group, Guido Gielen, said: ‘For some of the petrol and diesel cars, it’s clear that there is a trade-off between controlling pollutants and good energy efficiency.

‘The results highlight the strategies that manufacturers have used in order to achieve one or the other. The Green NCAP rating scheme presses for both.’

While the emissions from the Subaru Outback were not disastrous, it produced a noticeable amount of carbon monoxide (CO).

We found the same thing when we measured the Outback’s emissions – you can read more about it in our guide on the cars that produce the most CO. 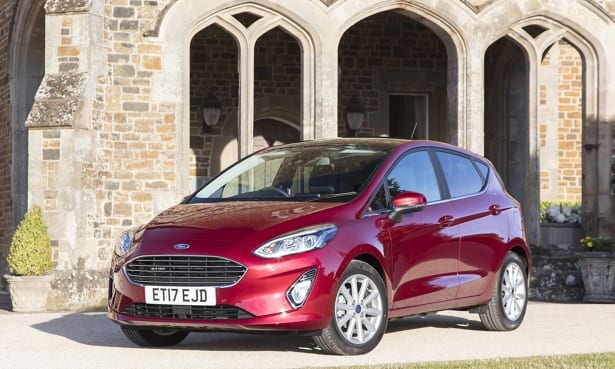 The bestselling car in the UK didn’t just get tested once. While a 1.0-litre (100hp) Euro 6b version of the Ford Fiesta scored zero stars, a more powerful 1.0-litre (125hp) petrol version was also tested – and received two stars out of five.

The latest version of the 1.0-litre ‘Ecoboost’ turbocharged petrol engine is Euro 6d-temp certified. A big difference from the Euro 6b model is that this Fiesta employs a particulate filter to control the emissions from its petrol engine.

It clearly makes a difference, as the filter drastically reduces the amount of particulate matter and other pollutants compared to the other Fiesta.

However, this version of the car is not particularly fuel efficient, and so the overall rating (which also takes into account fuel efficiency) is a disappointing two stars out of five. 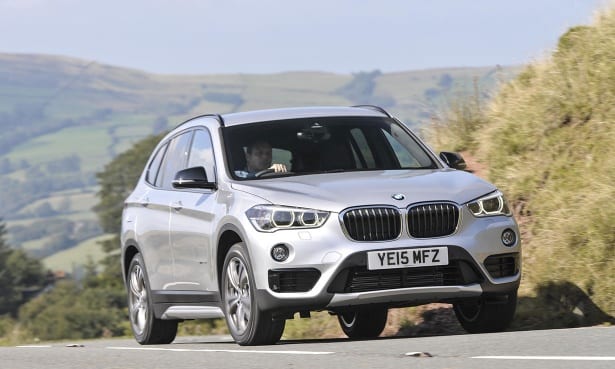 The BMW X1, with its 18d engine, is one of the cleanest diesel cars Which? has tested to date

Green NCAP came to a similar conclusion; the X1 was the cleanest diesel car in the test. However, its mediocre fuel efficiency lets the car down.

It’s a similar story for the Mercedes Benz A-Class. Tested in its A200 petrol guise, the Merc matched the BMW X1’s score for emissions, but scored lower for fuel efficiency.

See our roundup of the cleanest and dirtiest diesel cars. 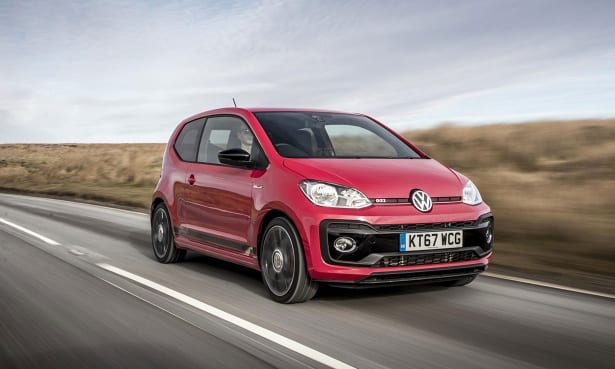 The little VW Up! GTI is the car that bucks the trend. Do note this is not the regular Up. This is the GTI version which boasts more power to give it a peppy feel.

While the buzzy turbocharged 115hp 1-litre engine is a lot of fun, any car sporting the renowned GTI badge conjures images of hot-hatch-esque behaviour – not fuel efficiency and a clean exhaust.

Happily, with the Up! GTI, you seem to get both performance and near guilt-free driving. The version tested by Green NCAP only officially meets Euro 6b, yet it is the second cleanest petrol car in this test, after the Mercedes A-Class.

The Up! GTI has the all-important petrol particulate filter, which works well with the car’s catalyst to stop it from being a big polluter. Green NCAP did find that both the efficiency and the cleanliness of the exhaust faltered in the highway (motorway) test, but otherwise the car remained impressively frugal and clean.

Is this car the best model for you? See our expert, independent VW Up! GTI review 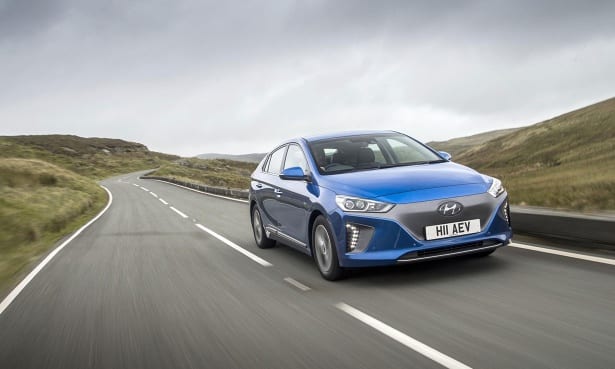 In tests that measure emissions from the car’s tailpipe and fuel efficiency, it may not come as a surprise that all-electric cars, the Hyundai Ioniq EV and BMW I3, come out on top.

To make this possible, Green NCAP converts petrol and diesel fuel use figures into kWh/100km, which then allows pure electric cars like the i3 and Ioniq EV to be compared directly.

When compared to the other cars in the test, the i3 and Ioniq still come out best for energy efficiency, though it’s the Hyundai Ioniq EV that really impressed.

It never exceeded 20kWh in any of the tests, meaning it was frugal with the power in the battery. Which means a longer driving range.

See our pick of the best electric cars for 2019

At the moment, Green NCAP tests arguably favour electric vehicles. But in the future, Green NCAP tests will move away from measuring the energy used by the car while driving (called tank to wheel), and move to well-to-wheel – which takes account of where the fuel comes from.

So for electric cars, the CO2 cost of generating the electricity in the first place.

Further down the line, Green NCAP will then shift to whole-of-life assessments, and will consider the CO2 impact of creating the car, the lifetime running cost and scrapping/recycling the vehicle.