With QLED sets in more sizes than ever before and advanced technology extending right through the line-up, rather than being reserved for the priciest sets, there’s plenty of positives in Samsung’s 2019 TVs.

New TVs from LG, Panasonic, Samsung and Sony will start to hit stores, and our test lab, in around six weeks. But with models from 2018 now at their lowest prices, it’s tricky to know whether to wait and see what’s coming or pull the trigger on a Best Buy bargain from 2018.

Armed with a wealth of information from Samsung and a full overview of every TV it’s currently launching in 2019, we can take you through what’s new, show you some intriguing ranges and tell you if any are worth the wait.

OLED displays still don’t factor in Samsung’s plans, but QLEDs very much do and there will be more ranges and more sizes available in 2019.

The most notable is the Q60R, which Samsung calls its ‘Affordable QLED’ range. It’s available in six sizes from an 82-inch behemoth down to a comparatively tiddly 43 incher.

It’s this smaller model that we’re most interested in; there has never been a smaller QLED. Generally, premium ranges don’t get smaller than 55 inches – you won’t find an OLED below this and QLED TVs have never gone south of 49 inches before.

43 inches is a popular size for TVs, but the quality of these sets has dipped in recent years as manufacturers set their sights on larger screens. The 43-inch Q60R is the first time in years that buyers seeking a modest sized TV will be able to choose one with high-end features. 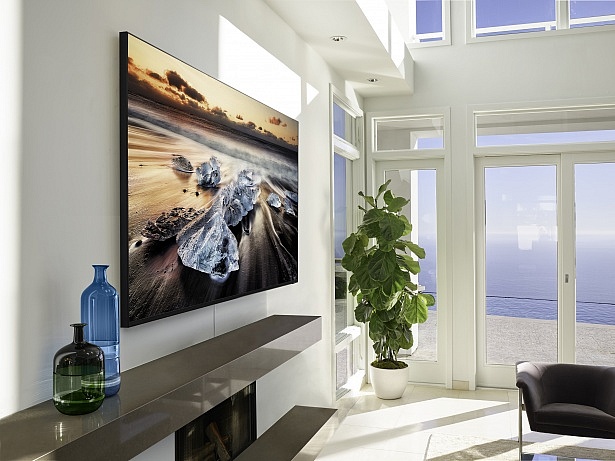 The Q60R may be the entry-level QLED range but it still has the Quantum processor, a chip that could be a game changer. It was first featured in Samsung’s 8K Q900R Series, which debuted last year and continues into 2019, and can now be found in all six QLED ranges.

It brings a slew of benefits, including adaptive sound, which will amplify portions of the audio depending on what sort of content you’re watching as well as the size and shape of the room. And there’s adaptive brightness, which adjusts the brightness of the screen based on the light levels in your room and the contrast of whatever you’re watching.

As useful as those features could be, they pale in comparison to the processor’s upscaling tech. Upscaling lower-resolution content to 4K is something all 4K TVs do with mixed results, but the Quantum processor takes a fresh approach. AI upscaling is always learning. Every time it upscales footage it remembers what it adjusted: every sharpened line, smoothed edge and static reduction helps the chip do a better job the next time it needs to upscale something.

We’ve seen it in action upscaling content to 8K on the Q900R and the results are astounding. If the Quantum processor can make SD and HD footage look truly 4K then Samsung’s QLEDs could have the best picture quality we’ve ever seen.

You can learn more about the new tech, including Ultra Viewing Angle and direct full array backlights, coming to QLEDs in 2019 and the different ranges in our guide to buying a Samsung TV. 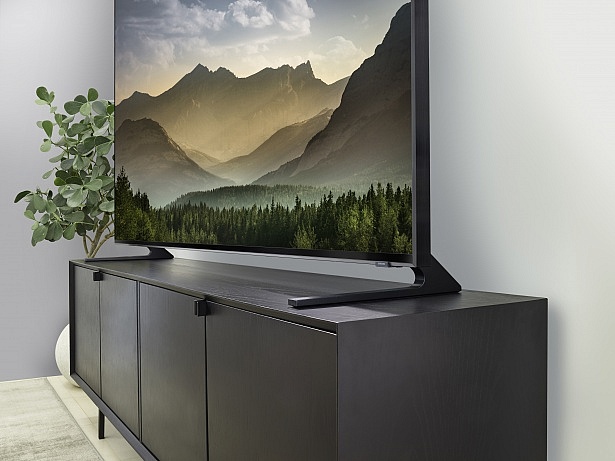 Not too much to be honest. More QLEDs means fewer LCD TVs, which isn’t necessarily a bad thing if the Q60R range is as reasonably priced as we hope it is.

There are only four new LCD ranges. The RU8000 or 8 Series, and the RU7100, RU7300 and RU7400, which make up the 7 Series. There’s only one curved TV in the line-up now and it’s a holdover from 2018. No new curved ranges isn’t a good sign for the continued existence of angled displays. Samsung is the only manufacturer still making them, but it appears not for much longer.

More of the LCD TVs will now have stands that hide the power and HDMI leads coming from the TV, and some will be compatible with Alexa and Google Assistant. In previous years, Bixby was the only way of controlling Samsung TVs with your voice.

iTunes is the other big addition to Samsung TVs. You’ll be able to access the iTunes library of videos and music, as well as any content you’ve bought before, on Samsung’s TVs.

The addition of the Q60R Range and the prospect of a high-end 43-inch TV is probably worth waiting for. Having a wealth of tech is no guarantee of a high score, but there’s a distinct possibility that is could be the best 43-inch TV we’ve tested in years.

And it’s not as if the 2018 models go off sale the second the 2019 ones launch. There’s always some overlap, so there’s no harm in holding out for a few more months to see if Samsung’s Quantum processor is as good as we hope it is.