The Department for Culture, Media and Sport (DCMS) has issued draft legislation removing the obligation for mobile operators to offer free roaming in the EU. But contrary to reports, this does not confirm that we will immediately face mobile roaming charges in the EU in the event of a no-deal Brexit.

In this instance, the popular ‘roam like at home’ legislation, which allows holidaymakers to enjoy the same costs for using their mobile phone abroad as they would at home, would no longer be protected under UK law. Providers would be free to charge what they wish.

However, mobile providers have not yet confirmed whether they will reinstate roaming charges. Most claim they have ‘no plans to’, and two – Three and Smarty, have guaranteed that they will not return.

Our mobile phone survey rates providers on everything from customer service to value for money. Find out which are the best and worst mobile providers in 2019.

Why could roaming costs return?

As the government has decided to leave the decisions on how much it would cost to roam in the EU in the hands of the mobile phone operators, any continuation of ‘roam like at home’ would depend on the goodwill of companies, and how cost effective it is for operators.

When on holiday, EU operators charge your home operator a fee when UK tourists use their phone. Under ‘roam like at home’, that cost is capped, but if the UK was to leave with no agreement, this cap would no longer apply.

In order to keep ‘roam like at home’ going, it is likely a similar mutual cap would have to be agreed for it to be cost effective for mobile operators.

The government stated that legislation would be drawn up to make sure that mobile phone operators such as EE and O2 would have to apply a cap on mobile data usage while abroad, something which already exists within EU laws. However, free roaming when you travel to the EU is something that could change. 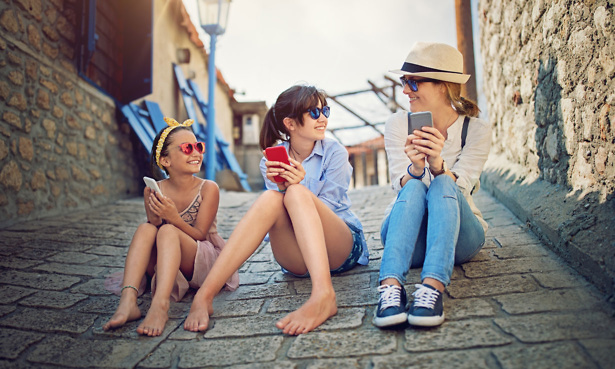 Which? is calling on government to keep roaming free for consumers

As the government’s paper details, people could face hefty charges for using their phone abroad.

That’s why we are calling on the government to commit to prioritising free roaming in post-Brexit trade deals and scrap mobile-roaming costs worldwide and to secure a deal with the EU that will cover mobile roaming.

‘Two-thirds of people think free roaming is important when travelling in Europe, so any return to sky-high charges for using mobile phones abroad would be a bitter blow for millions of consumers,’

‘The government should seek to avoid these charges by securing a deal with the EU – but if that is not the outcome, companies must be absolutely clear about any extra charges their customers could be facing.’

How to save on costs when you are abroad

Here at Which?, we work to give you all the information on how to keep costs down on your mobile phone bill, whether abroad or at home.

If a deal is not secured for mobile roaming, you’ll have to be even more careful using your phone abroad.

Check out our advice on how you can prepare your mobile for a trip abroad, to find out how you can avoid using data in countries that aren’t included in your monthly bundle.

Even in the EU, it can be easy to use too much data, so find out how to track your data and minutes. Also see which providers give you the most value on holiday, where we find out which are the best mobile providers for roaming.