With flagship smartphones that break that £1,000 barrier seemingly the new norm, it can be easy to forget that there’s a thriving budget market out there for those who don’t want to overstretch on a new handset.

Xiaomi, Samsung and Huawei have put themselves forward in 2019 to keep the cheap smartphone flag flying, and we want to know which are worth spending your hard-earned cash on.

We’ve got fully tested reviews of the Xiaomi Redmi 6A, Samsung Galaxy J4+ and Huawei P Smart (2019) to give you the answer, and we also take a look at how easy it is to shop at this end of the market without picking up a dud.

Browse our guide to the best cheap mobile phones for more proof that you don’t need to spend big on your next smartphone. 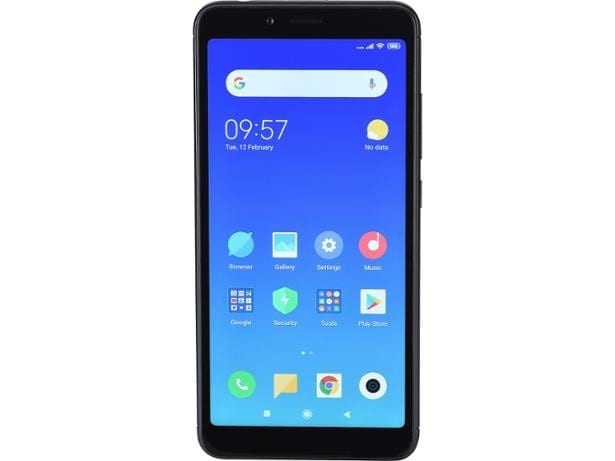 It hasn’t taken long for Xiaomi to flood the UK smartphone scene. The flagship ‘Mi 8‘ range was made in celebration of its 8th year of production, but it also has the lesser spotted Redmi range, for those looking for something a bit more affordable. The Redmi 6A is the cheapest offering from the lineup and offers a slightly lower spec roster than the Redmi 6.

For £100, the 6A comes with a 5.45-inch display, 16GB of internal storage (expandable up to 256GB with a MicroSD card) and it runs on Android 8.1. On the front you’ll see a 5Mp camera, with a single 13Mp camera on the rear. It’s not quite cutting edge in an age of quad camera smartphones, but consider that you’re getting more megapixels than the premium Google Pixel 3’s single 12.2Mp rear camera for £500 less, and you might be more forgiving.

Could Xiaomi be the new manufacturer to dominate the budget smartphone market? We’ve got a fully tested review of the Redmi 6A that reveals all.

Next up is Samsung’s Galaxy J4+ – more expensive at £159, but still cheaper than most. The J4+ shows why its worth paying extra in a few areas. It has a larger 6-inch screen that displays HD+, twice the internal storage (32GB) and twice the expandable storage capacity (512GB). Where rear cameras are concerned, it’s identical to the Redmi 6A, housing only a single 13Mp rear camera and a 5Mp front camera.

Samsung wasn’t stingy with packing some nifty capabilities into this modest smartphone. It’s got Dual Messenger, which allows you to make a copy of an app such as Facebook Messenger so you can use a personal and business account on the same phone without the hassle of logging in and out. It’s also got the same Dolby Atmos sound system found in the top-of-the-range Samsung smartphones.

Will this modest smartphone be the best budget choice? Read our review of the Samsung Galaxy J4+ to find out. 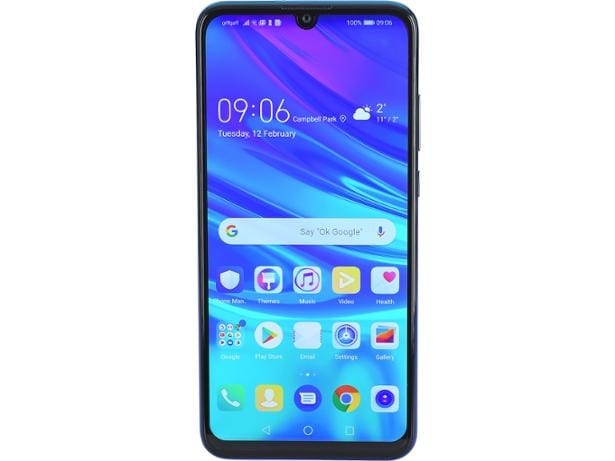 At the top end of the budget price range, Huawei stepped into the ring with a 2019 iteration of its P Smart budget model.

The P Smart was originally launched in the UK in 2018, as one of the cheapest handsets that Huawei had on offer. For just under £250, the P Smart offered a 5.65-inch screen, a reasonably sized bezel at the top and bottom of the phone and a dual rear camera with 13Mp and 2Mp lenses.

On the 2019 version of the model, you’ll find that Huawei has outdone its previous efforts. The P Smart (2019) now houses a 6.21-inch screen with a ‘Dewdrop Notch FullView’ display, meaning you get a full screen, only interrupted by a small hole to hold the camera.

Those camera specs have stayed exactly the same but storage capacity has doubled from 32GB to 64GB on this year’s model. You’ll also get a phone running on the newest Android 9.0 operating system. It all looks good on paper when compared to its predecessor but how does it compare to the cheaper Galaxy J4+ and Redmi 6A? Read our Huawei P Smart (2019) review for the full verdict. 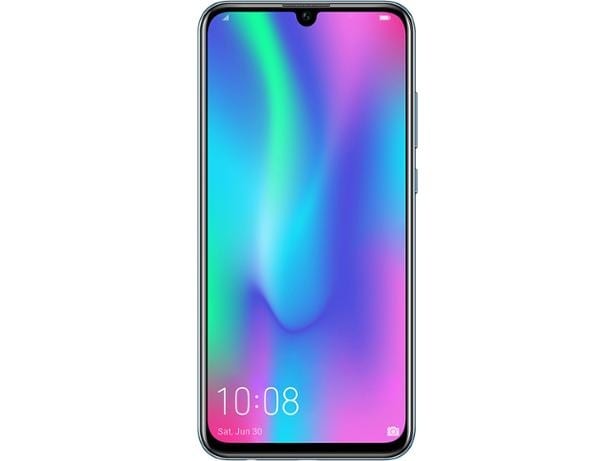 Here to compete with Huawei at the cut-off of the budget category, the Honor 10 Lite is an affordable smartphone from Honor. Although it typically remains in mid-range territory, Honor is trying its hand at cheaper models and this is its cheapest in a while.

The 10 Lite is almost identical to the Huawei P Smart (2019) in a number of ways, starting with it’s 6.21-inch screen the screen which has an incredible 90% screen-to-body ratio. It has a teardrop design to hold the camera, which again, is very similar to the P Smart (2019) and also has 64GB of storage.

Impressively at this price there are dual real cameras – 13Mp and 2Mp, but the front camera is an alarmingly high-spec 24Mp, which blows the P Smart’s (2019) paltry 8Mp lens out of the water. We’ve been hands on with the Honor 10 Lite to find out how it measures up.

Can you really find a good cheap mobile phone for under £200?

When looking across the spectrum for a new smartphone, it seems nearly impossible that a sub-£200 phone could compete with today’s lofty standards. But going by what’s on offer from brands like Xiaomi, Samsung and Huawei, it certainly seems like cheaper phones are bearing some of the gifts that you’ll typically find in premium models.

The specs and price of a phone are good indicator of what it has to offer but they often don’t give a full picture. We’ve tested more than 40 ‘budget’ smartphones, which we’re categorising as costing £200 or less, and found that paying closer to the £200 mark doesn’t always guarantee that you’ll get a better phone. 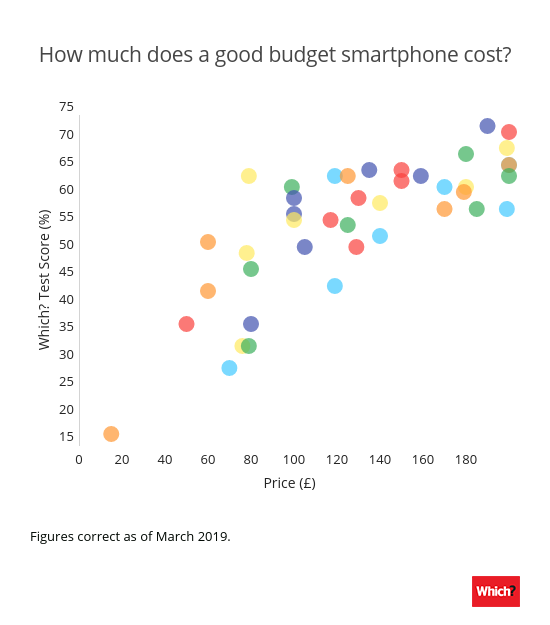 While a lot of the cheapest phones get low scores, there are some outlier models that will give stellar performance for a bargain.

Another way to pick up a great, cheap phone is to shop around for bargains. Start with our guide to the best Sim-free mobile phone deals.