The Geneva Motor Show 2019 opened its doors this week – this is the biggest motoring event of the year. We’ve taken a look at some of the most significant new cars, including a brand new small SUV from Skoda, Honda’s all-electric concept car and new striking models from Audi and Mercedes.

Predictably, the show’s filled to the rafters with ever more space-age concept cars, ridiculous gimmicks and tech demos for car geeks. But what are the models that actually look set to make a big splash in the real world?

Fortunately there’s plenty at the show set to go on sale soon, and mainstream electric concepts that manufacturers are pinning their hopes on for the future. Below we select our top 10 real-world cars of Geneva 2019.

Looking to buy a new car? Our expert lab tests reveal the top cars for 2019. 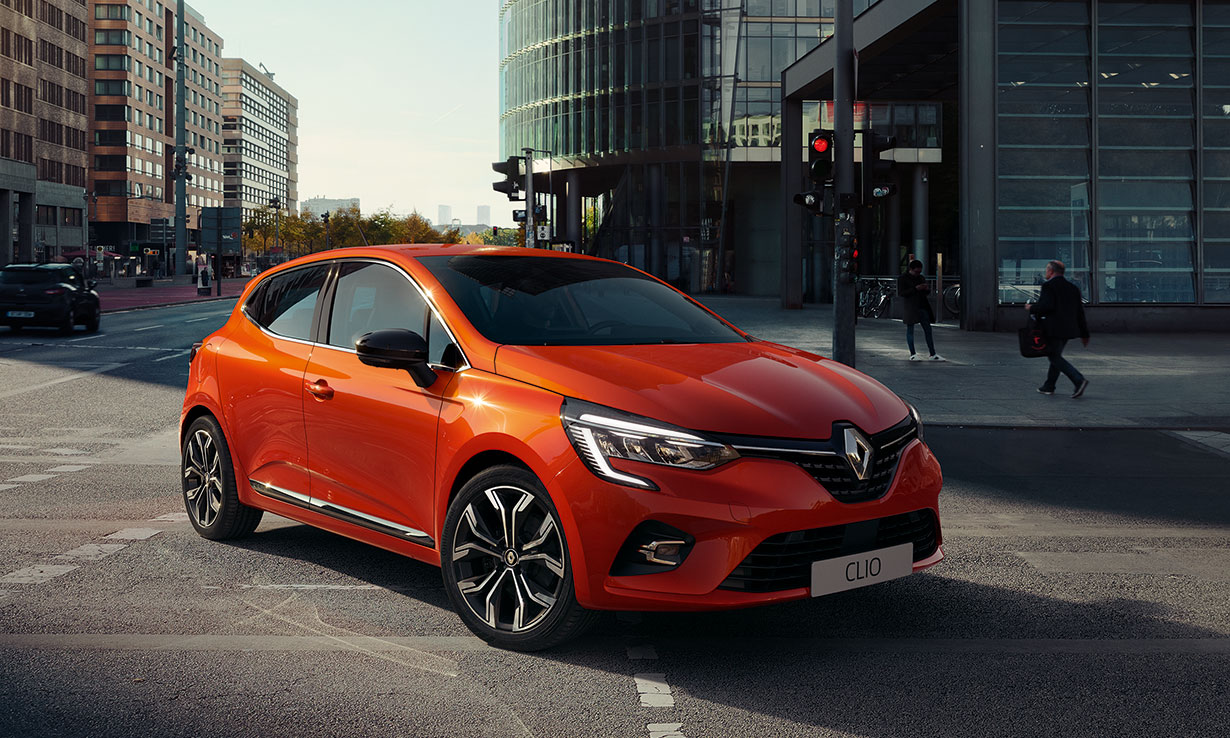 The Renault Clio is one of the biggest household names in the small hatchback market. This is the fifth-generation of this car, which originally launched way back in 1990. The outgoing Renault Clio (2012-) is the company’s most popular model.

This car class also happens to be home to the Clio’s fiercest rival, which is also the UK’s biggest-selling car – the Ford Fiesta.

The previous generation Clio introduced a particularly voluptuous and popular styling. Renault has built on this with a more mature styling it calls ‘modern and athletic’. LED headlights are now standard across the range.

The interior has undergone a complete redesign aimed at making it feel more premium, as well as packing it with the latest tech. This includes what Renault calls a ‘smart cockpit’ with a large 9.3-inch multimedia tablet-like screen.

But is this model likely to be one you can trust? We reveal if Renault is a brand you can rely on – see should I buy a Renault car? 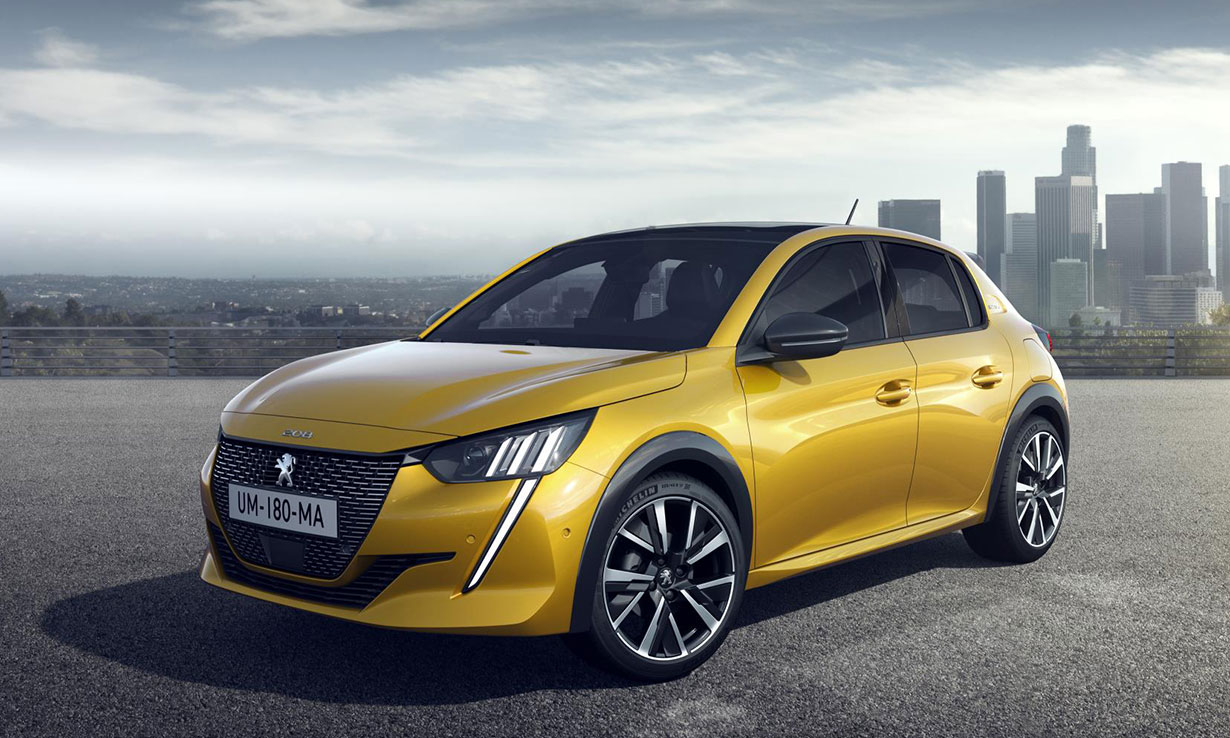 The Renault Clio isn’t the only small car launching soon, with French rival Peugeot also showcasing its all-new 208 at the Geneva Motor Show 2019.

The previous generation bucked the trend of small cars getting bigger by being shorter and lighter than the older 207. The all-new Peugeot 208 is even 30kg lighter still than the outgoing Peugeot 208 (2012-), promising lower engine emissions and new driver assist tech.

An electric version is set to be available right from launch, in addition to petrol and diesel versions. The Peugeot e-208 is the first of a brand new wave of pure electric vehicles from the French company, as it electrifies its entire range by 2023.

Peugeot claims the e-208 can be fully charged in around eight hours if you install a dedicated charging point at home, with UK government subsidies available for this.

Find out more about what subsidies you’re entitled to and what charging point you should install with our guide on how to charge an electric car. 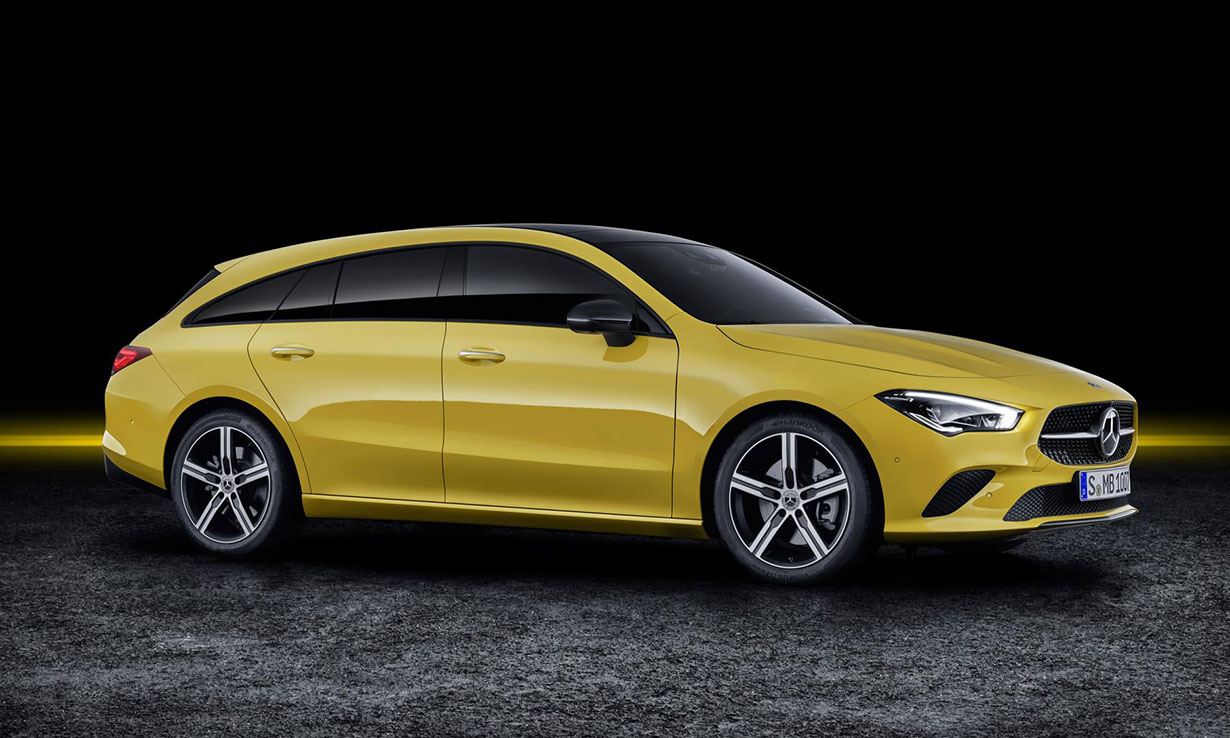 To give Mercedes its due, it’s gone to great lengths to get rid of the boxy styling traditional with estates – which is in keeping with current trend for estate cars being out of fashion.

Mercedes bills the second generation of the CLA Shooting Brake as a ‘sports car with load space’ and happily describes its rear as ‘gently muscular’ and its front as a ‘striking sharknose’.

Compared with its predecessor, Mercedes claims the CLA Shooting Brake offers more space for your shoulders, head and elbows. It also says it offers more space in the rear than the CLA saloon, both for passengers and luggage.

The tech-packed interior features an interior assistant and ‘intelligent’ voice recognition, which Mercedes says is now much simpler and more natural.

Curious how the previous iteration of this car performed in our expert lab tests? See our Mercedes-Benz CLA Shooting Brake (2015-) review. 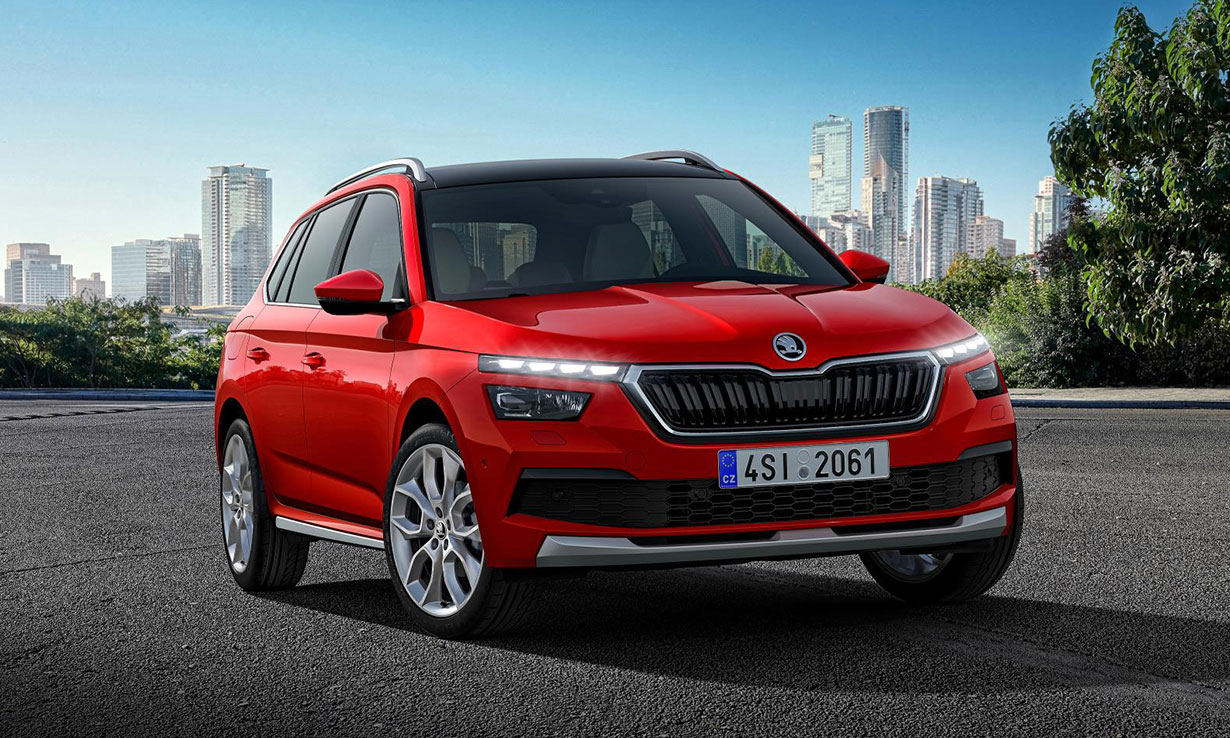 The Kamiq is Skoda’s all-new name for its latest entry into the small SUV market, pitched firmly at those looking for something smaller than its popular Skoda Karoq.

It’s aimed at city driving, where larger cars can feel like elephants. The name Kamiq originates from the Inuit – meaning something that fits perfectly.

The car offers the higher ground clearance and seating position that many people prefer and promises the ‘agility of a compact car’.

The Kamiq is based on Volkswagen Group’s MQB platform. Skoda claims it’s environmentally efficient and says it comes with the latest tech, including driver-assist and infotainment systems.

Cupra is a high-performance brand that’s part of the Volkswagen Group. It only launched last year, but it is already making waves.

Following the successful launch of the Cupra Ateca, the brand’s now planning to double sales in the next three to five years with help from the new Cupra Formentor SUV plug-in hybrid concept car.

More than simply having a ‘dazzling’ exterior design to attract attention, it features a 10-inch panoramic ‘floating’ navigation system in its ‘cockpit’.

The hybrid power gives it the acceleration performance of an electric car with the range and convenience of combustion engines.

It has a dual-clutch DSG transmission and promises to be able to drive 50km (31 miles) in full electric-mode, according to the new more stringent official WLTP standards.

There’s lots to consider when buying a hybrid, but make the right choice and amazing fuel economy could see you making hefty annual fuel savings. See the best hybrid cars for 2019. 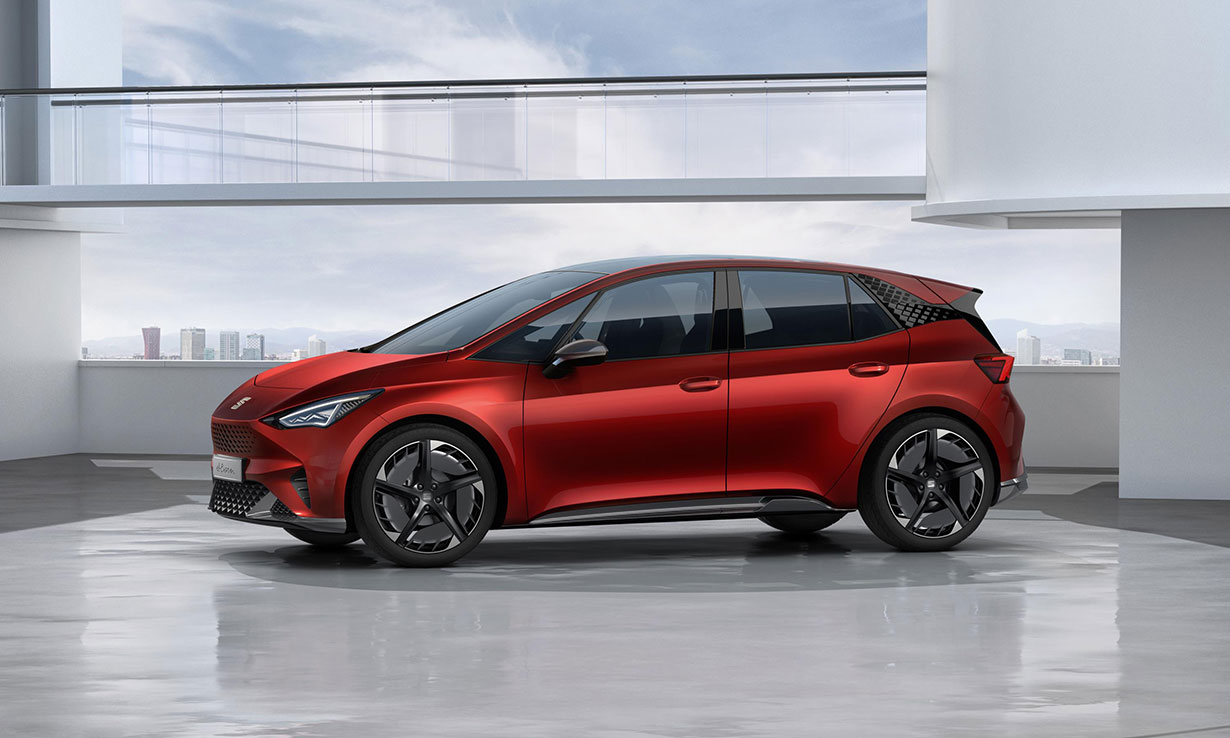 The launch of the Seat el-Born sees Seat getting in on the electric action, with its first all-electric entry-level compact car based on the Volkswagen Group MEB platform.

The el-Born sits at the complete opposite end of Volkswagen’s crossover offerings to the Cupra Formentor and is named after the iconic neighbourhood of Barcelona.

Seat has packed in autonomous driving and connectivity technologies and promises that the el-Born has an impressive driving range of up to 420km (261 miles). 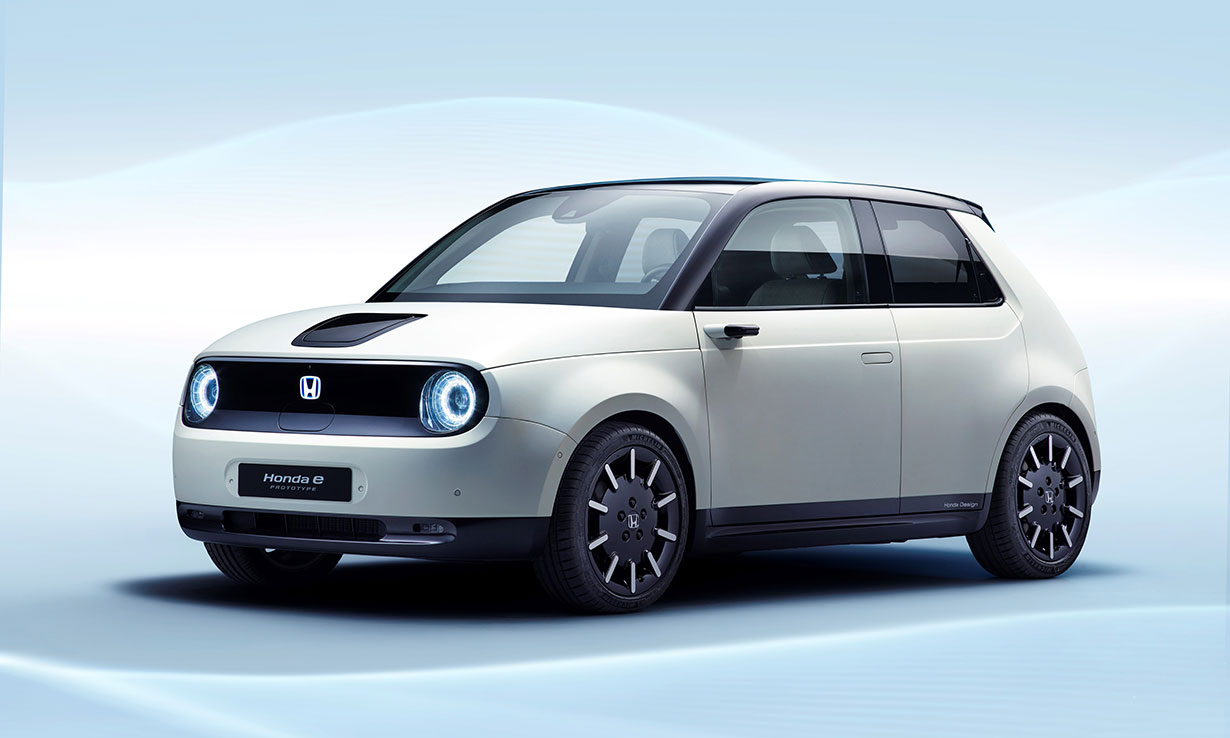 Honda’s electric hopes are pinned on the uninventively-named ‘e Prototype’, coming later this year. This small car is built on a completely new platform that shows the Japanese brand’s direction for design and technology for its latest pure electric car.

Honda’s hoping the modern design catches on, claiming it has ‘unique character’. It combines a relatively long wheelbase with a wide panoramic windscreen.

The windscreen sweeps round the front of the car and its A-pillars are virtually flush with the glass, which offers excellent driver visibility.

It has ‘pop out’ door handles and compact cameras replace traditional side-view mirrors. The car’s charging port is located centrally in the bonnet for easy use from either side of the car.

Honda claims the e Prototype will deliver a range of over 200km (124 miles).

Is it worth waiting for and are Honda cars really any good? Find out on our definitive guide – see should I buy a Honda car? 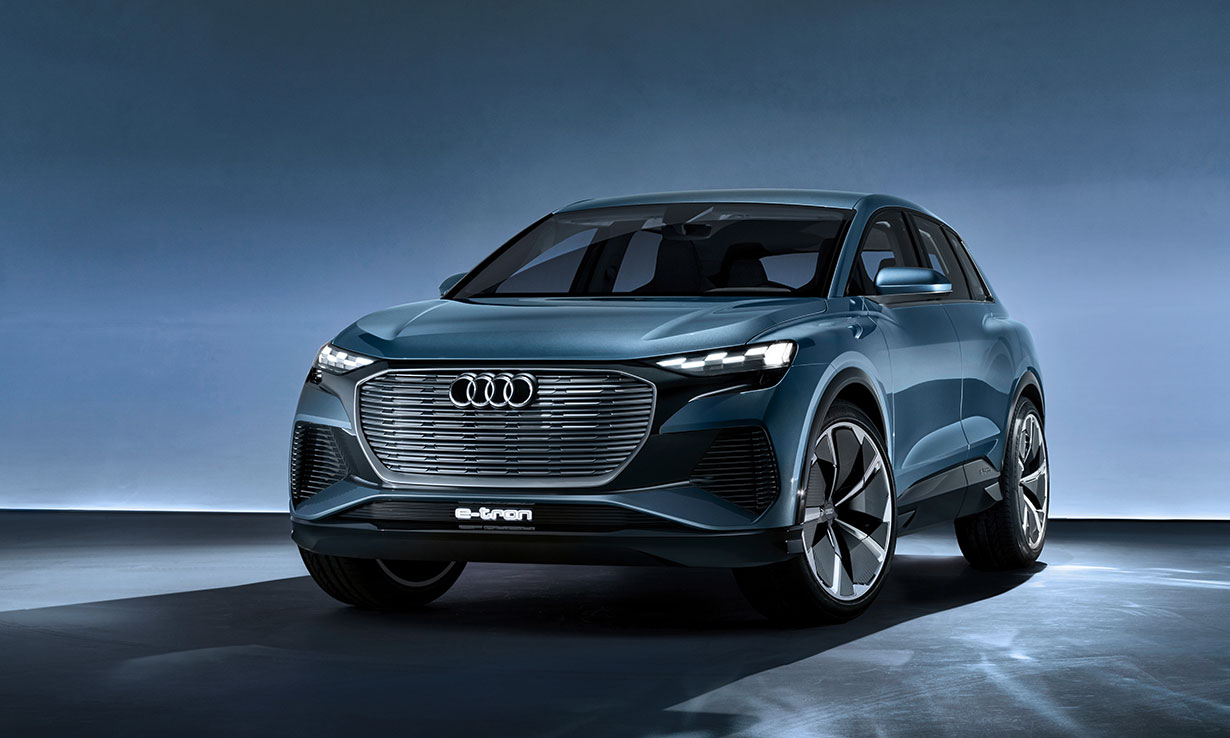 The Audi Q4 e-tron is a compact electric all-wheel drive SUV that promises an impressive driving range of more than 450km (280 miles) with the new, more stringent, official WLTP standard.

Yet another car built on Volkswagen’s new MEB platform, it will be Audi’s fifth electric model. The Q4 e-tron is launching alongside new plug-in hybrid models of the brand’s popular A6, A7 and A8 cars.

In the Q4 e-tron concept, two electric motors produce 225kW of system power. It accelerates from zero to 62mph in just 6.3 seconds, with its maximum speed electronically limited to 111mph.

The large battery with 82kWh capacity takes up almost the entire space below your feet, between the two axles.

The Q4 e-tron is likely to face stiff competition in the future. Tesla is going to unveil the rival Model Y this March – it’s an all-electric compact SUV aimed at families.

Is it really worth paying a premium for an Audi? Our experts see whether you’re being duped or if they’re worth the price – should I buy an Audi car? 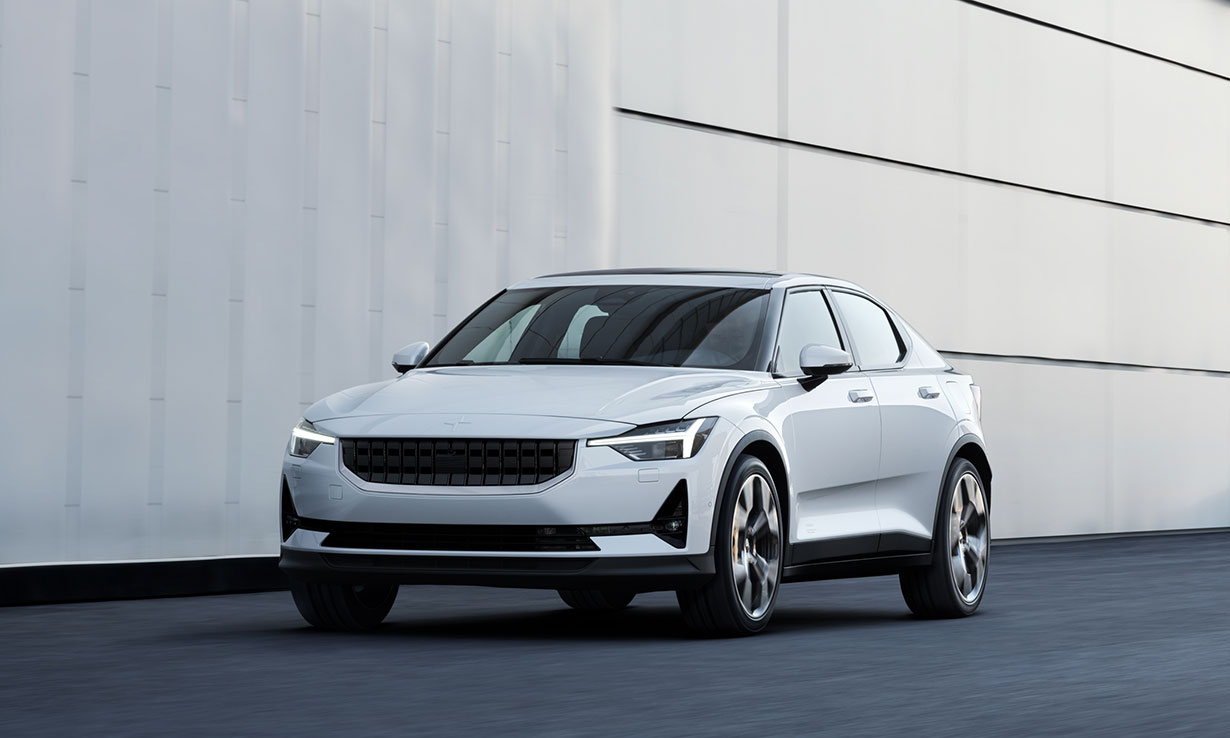 The Polestar 2 is a premium five-door, all-electric, all-wheel drive fastback that’s set to bring the heat firmly to Tesla’s Model 3, which is having production issues. Polestar is an electric performance brand from Volvo.

The Polestar 2 comes with two electric motors and a 78 kWh capacity battery, claiming an impressive driving range of 500km (311 miles) based on the new more stringent WLTP standards.

Polestar says it reaches 0-100km/h acceleration in less than five seconds and has a power output of 300kW (408hp).

The Polestar 2 is tech-packed as well, being one of the first cars in the world to use an infotainment system powered by Android, with apps and vehicle functions coexisting on the same platform.

This means it also brings embedded Google services to a car for the first time, including Google Assistant voice control, Google Maps with support for electric vehicles and the Google Play Store.

…and here’s the Ferrari F8 Tributo 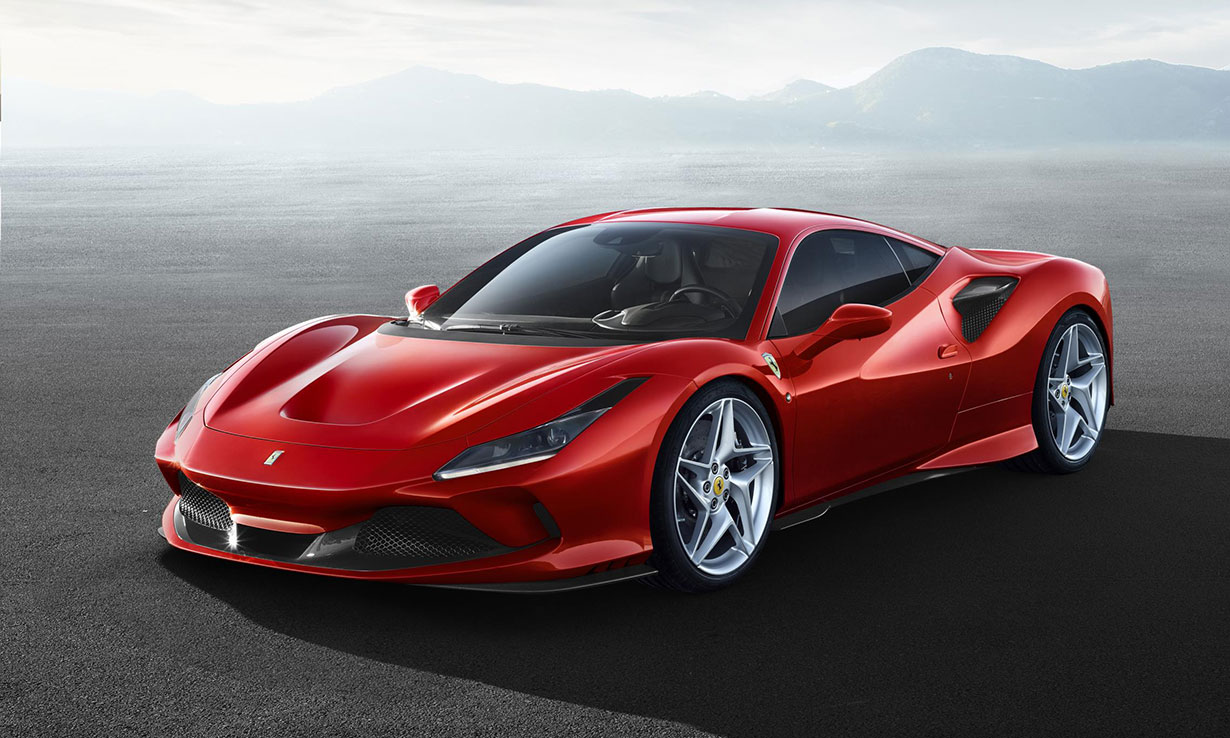