Amazon has updated its cheapest tablet, the Fire 7. With a price of just £50 this model is already a bit of a bargain, but should you save even more by grabbing the previous model while stocks last? We take a look.

Amazon’s Fire tablets are among the best-known budget models around and are an easy first port-of-call if you’re after a cheap tablet for watching a few videos on and getting some shopping done online. They get updated every once in a while, although the very cheapest Fire 7 hasn’t seen a refresh since 2017, which is a lifetime ago in the world of tech.

The new Amazon Fire 7 costs £50 (or £60 without built-in ‘special offers’ occasionally suggesting products you might be interested in), is on sale now, and starts shipping on 6 June. The new model is also available as a Kids’ Edition for £100, which nets you a new protective case and a no-quibbles return policy if the tablet gets broken.

It replaces the previous Amazon Fire 7, released in 2017 – but since it’s still available at a discounted price, are you better off making that saving? Let’s look at the changes.

Browse reviews of all the best tablets from our tests.

On the face of it, not much has changed here. Amazon says the processor is faster, but it features the same headline specifications as the old model. The main differences are the ability to activate the Alexa smart assistant using just your voice (instead of having to press a button), new pastelle colour options and 16GB of storage as standard. In addition, it now supports micro-SD cards up to 512GB in size, so if you have a vast media library or take loads of photos, you can pop one in store loads more. 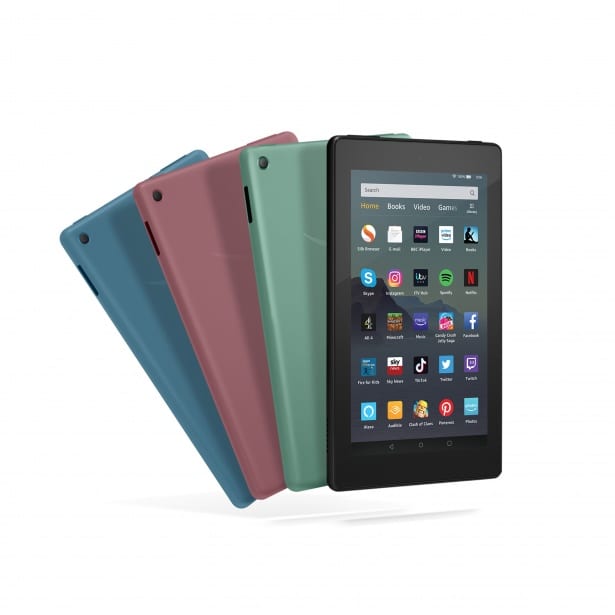 The launch of the new model means that the 2017 edition is now cheaper than ever, on sale for just £35 new at retailers such as Currys. Which begs the question…

How much can you save on the older Fire 7?

If you’re a savvy shopper, it may well be worthwhile. Take a look at how much you could potentially save by opting for the previous generation, and read our Amazon Fire 7 (2017) review to see what we thought.

Currys PC World is selling the older model, in black, for £35. It’s a new device, so there’s no risk of buying a damaged dud with no warranty. It only has 8GB of storage, but if you mostly stream video and don’t download much and don’t take many pictures on your tablet, this will be fine.

There are also a limited number of used Fire 7s available on the Amazon Marketplace, which are included in Amazon Prime’s next-day delivery service. These options show signs of use but are priced at £35, which is £25 off the original price of a 16GB Fire 7.

There are downsides to buying used, such as the lack of a warranty and the fact that the battery life may have deteriorated through use. Our guide to buying used laptops goes into some of the pitfalls that also apply to tablets. 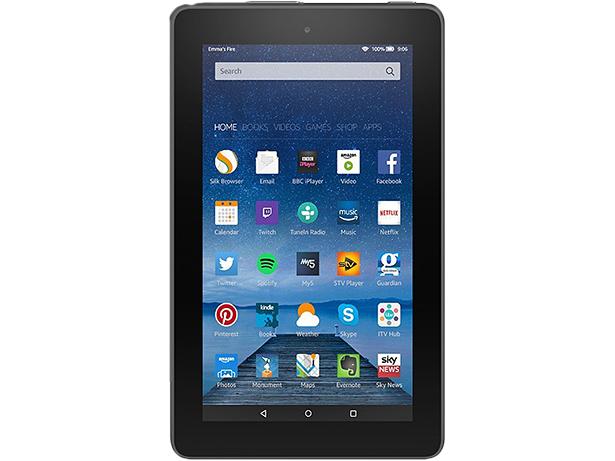 Our advice: Save money on the old model while you can

If you want to save some pennies, pick up the 2017 model on discount. The differences between the new and old models are small, and unless hands-free smart assistance is important to you, the older model is likely to be just as capable a tablet as the new one.

Given the prices are cheap enough already, we’d err on the side of caution and pay a bit more for a new 2017 model over the used one. Be quick though – when Amazon releases updated devices, the old ones don’t often hang around for long.

Should you buy a cheap tablet?

The only other tablets we’ve tested for under £50 are from Argos-exclusive brand Alba. Its models are about as basic as Amazon’s, but come with standard Android and therefore access to the better-stocked Google Play app store. See our Alba 7-inch 16GB tablet review for more.

Outside Amazon and Alba, you’ll have to spend closer to £100 for the next cheapest models. But bear in mind that at these price ranges, you will have to face some compromises.

Take into account what you actually want to do with your tablet now and down the line. Cameras, screen quality and performance will all be lower than the likes of a Samsung Galaxy Tab or an Apple iPad. For more, see our guide to the best cheap tablets.