Superior safety comes as standard among seven of the latest generation of cars, with some achieving near perfect scores in head-on collision tests.

The UK car market continues to have its horizons broadened with an ever-expanding range of hybrids, electric cars and compact/small SUVs and crossovers.

And it seems we’re in safe hands. From the upcoming, affordable Clio, hybrid cars such as the Lexus UX, Toyota Corolla and RAV4, to the posh and all-electric Audi e-tron – safety organisation Euro NCAP has awarded them all the top mark of five out of five stars for car safety.

The new Mazda3 gets a special mention by being the first car this year to achieve a score of 98% in adult occupant protection. This is significant as, according to Euro NCAP, frontal crashes are responsible for more deaths and serious injuries than any other accident type.

What other cars have scored this well for safety?

Only three other cars, the Volvo V40, Volvo XC60 and Alfa Romeo Giulia, have achieved the same safety score of five out of five stars.

Keep reading to find out about the latest high scorers.

Euro NCAP has a set of tests that assesses adult occupant protection, which includes two different types of head-on collisions:

Head-on collision: A car is driven into a barrier at 40mph to see how prone it is to collapsing with the force of the crash, and how well it can protect its occupants from the effects of the smash.

Offset test: Simulating a head-on collision with another car, the test vehicle is propelled at 40mph into a deformable barrier. The result replicates the effects of a crash between two cars that were both driving at 31mph.

As it is unrealistic that two cars would meet perfectly head on, 40% of the bonnet makes head-on contact with the barrier. 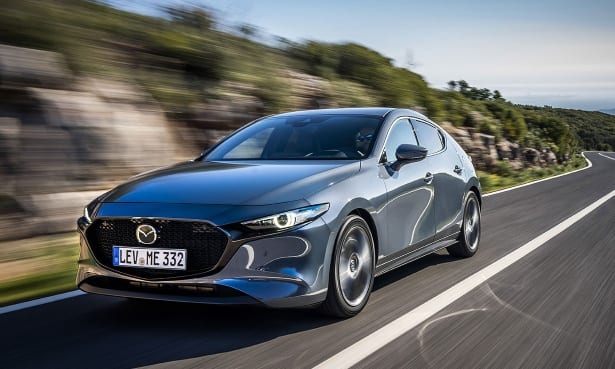 Mazda’s rival to the Ford Focus and VW Golf has got some serious safety credentials to bolster its appeal to family buyers.

In the gamut of Euro NCAP’s safety tests, the Mazda 3 did a fantastic job of protecting its occupants no matter the crash scenario; head on collision, side impact or offset impact . Whiplash protection is also top notch.

And that’s if you crash at all. The car’s automatic emergency breaking (AEB), which comes with the car as standard, does an excellent job of detecting vehicles you’re about to crash in to and quickly applies the brakes for you, if you haven’t already done so yourself.

The system is so good it does an adequate or good job of detecting cyclists and pedestrians who suddenly run out in front of the car, whether it’s day or night. 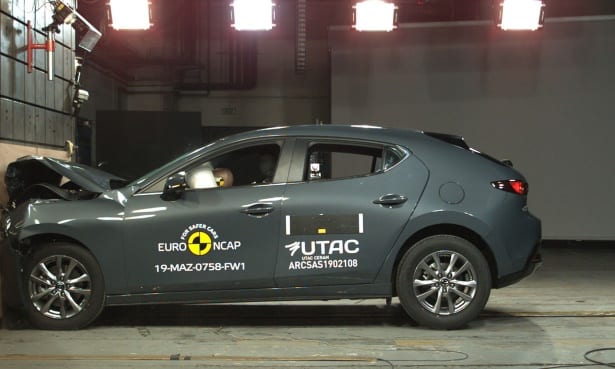 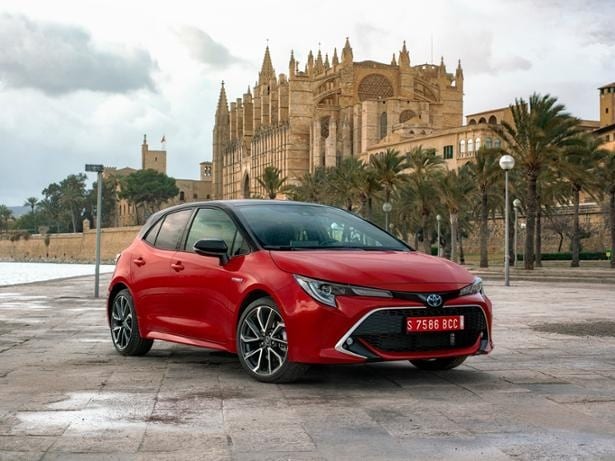 The Corolla has made a welcome return to the UK. Replacing the no-nonsense Auris as Toyota’s medium-sized hatchback, its sharp styling and good-looking interior should really increase its appeal.

Where the Corolla really shines is in its active safety systems. All Corolla owners get Toyota’s ‘Safety Sense’ suite of features.

In Euro NCAP tests, the AEB systems did well to recognise vulnerable road users, like pedestrians and cyclists, who had meandered into the car’s path, as well as other vehicles.

Find out what we thought of it by reading our first drive Toyota Corolla review. 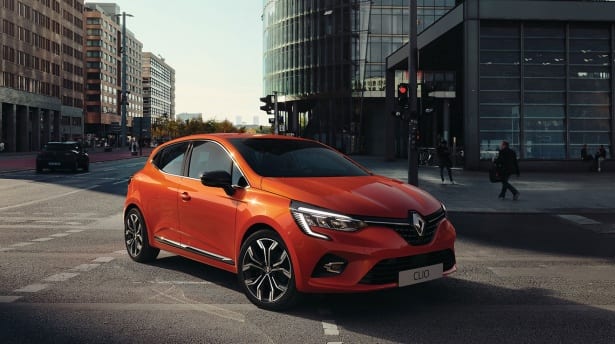 The new Clio is not due to grace the UK’s shores until October this year. But well ahead of this Renault car’s British debut, those who intend to be new Clio owners in the future will be buoyed by the car’s excellent early safety rating.

Director of Research at Thatcham Research (also a UK Euro NCAP centre), Matthew Avery, comments: ‘The Renault Clio is now one of the safest affordable cars on the market, achieving the highest Adult Occupant Protection Score seen in the supermini [city and small car] category since the VW Polo in 2017.’

We’ll be reporting on the UK launch of the Clio soon. Watch out for our first drive report appearing at the top of our collection of car reviews.

Check out our expert pick of the best small cars you can buy, right now. 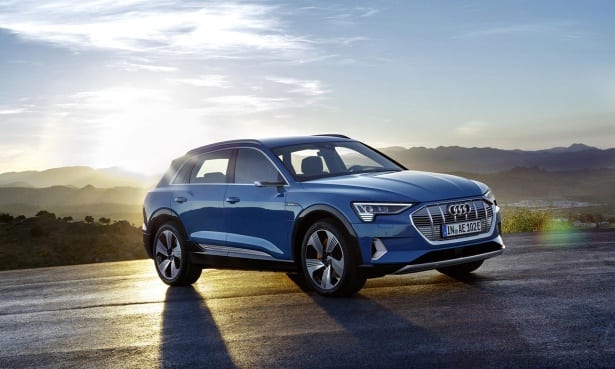 Audi’s first fully electric car has taken the shape of a full-sized, five-seat SUV. It claims a range of 241 miles between charging sockets and the ability to recharge up to 80% of its battery within 30 minutes.

Its standard safety systems, which impressed the Euro NCAP experts, include AEB, lane departure warning, plus Audi’s pre-collision preparation (which tightens the seatbelts and closes windows should it detect an imminent crash).

But some of the advanced safety systems are only available as part of an optional ‘Tour Pack’, such as traffic sign recognition and lane departure assist – and starting prices for the car are already in excess of £70,000.

We’ve driven the new e-tron. Find out if this electric car is worth buying by heading to our first drive Audi e-tron review. 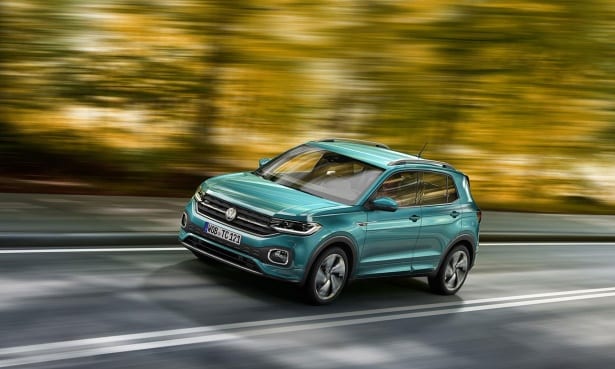 Volkswagen’s smallest SUV to date is a rival to the likes of the Renault Captur and the ever-popular Nissan Juke.

Sharing a lot of car DNA with the Polo hatchback, those who prefer a dinky SUV to a conventional hatchback will be well catered for by the car’s generous cabin and boot space.

And heartened by the car’s excellent safety credentials.

Read what we thought of the latest addition to Volkswagen’s SUV line-up. See our first drive VW T-Cross review. 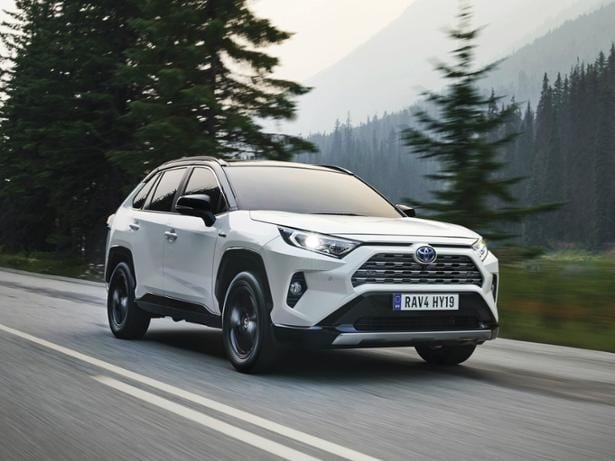 The fifth generation RAV4 SUV has done away with conventional petrol and diesel drivetrains, and is available as hybrid only.

Just like the Corolla above, the new RAV4 benefits from the brand’s ‘safety sense’ collection of safety features. So, unsurprisingly, scores very similarly to its hatchback cousin.

The Corolla does just edge it by having marginally better occupant protection, but both cars are very safe.

The Toyota Rav4 isn’t the only mid-size SUV hybrid on the market, as it will have to do battle with  the rival Honda CR-V hybrid.

Does this Toyota have what it takes to please potential punters? Check out our first drive Toyota Rav4 review. 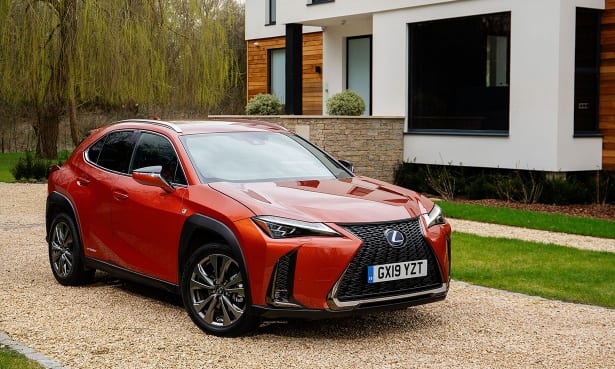 Aimed more at what Lexus calls ‘urban explorers’, rather than those who will venture offroad, the brand’s first small SUV challenges the likes of the Scandi-chic Volvo XC40.

With its angular shape, sharp creases and big Lexus-family grill, the UX certainly stands out from its competitors.

The UX is another vehicle that did particularly well at protecting its occupants throughout the series of crash tests Euro NCAP put it through.

It also had no issue whatsoever detecting and reacting to cyclists, pedestrians and other cars.

We haven’t driven the UX yet, but you can find out more about Lexus cars – including how reliable the brand is. See should I buy a Lexus?