If you’re shopping for an inexpensive smartphone in 2019, your list of Android mobiles to consider just got a little bit bigger. Dubbed by Realme as ‘the speed king’, the 3 Pro is on its way.

With prices for premium smartphones creeping beyond £1,000 in some cases, Realme is offering something different. The brand is landing in the UK with an Android phone that pairs the looks of a premium mobile with a price tag that doesn’t hit the wallet as hard.

But what sort of features can you expect from a smartphone costing less than £200? We’ve got all the details on the Realme 3 Pro.

Realme is an emerging Chinese smartphone company that was originally a sub-brand of another Android mobile maker, Oppo.

Back in 2018, Realme confirmed its plans to become a separate brand from Oppo, focusing its efforts purely on affordable phones. This year, Realme has its sights set on conquering the European market.

With the two companies being connected, some features are shared. Realme phones run on Oppo’s ColorOS, for example. The new Realme 3 Pro also has VOOC flash charging, a feature we tried for ourselves on the Oppo RX 17 Pro.

Where to buy Realme smartphones

As it’s early days for Realme in the UK, you can only buy its products through the official EU Realme website.

The Realme 3 Pro starts at just £175, a price that makes it hard to ignore. It’s the first smartphone that Realme is selling in the UK, which sees it sparring similarly-priced phones from Huawei, Motorola and Sony. On paper, the Realme 3 Pro looks like great value for money, although we haven’t put it through our own expert tests just yet. 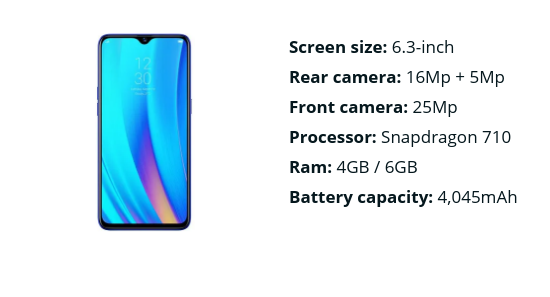 This cheap Android has a 6.3-inch Full HD display with an almost bezel-less front and a Snapdragon 710 processor. It’s running on ColorOS 6.0 (based on Android P), a popular OS over in China. As a part of ColorOS you get access to Hyper Boost, which ‘accelerates performance’ when you’re playing games.

The front camera uses a 25Mp lens to capture your cheesy grin, while the back of the phone, which is rocking a satisfying S-curve pattern, has a dual camera setup – 16Mp and 5Mp. The Realme 3 pro supports 4K video, slo-mo video and portrait pictures, blurring the background of your shots to bring your subject to life. 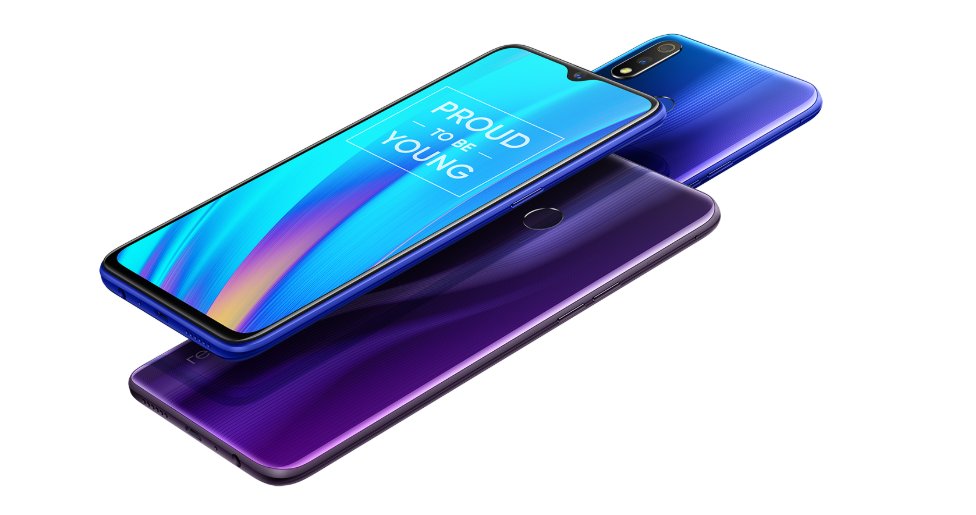 We’re keen to see how long this sleek smartphone lasts on a single charge as it has a hefty 4,045mAh battery. Realme says you’ll get “9.7 hours of video playback” from the 3 Pro, with Flash Charge powering the battery by “up to 50% in 30 minutes”.

More smartphones for £200 or less

The new Huawei P Smart is a redesigned version of the original P Smart of 2018. It’s rocking a sizeable 6.21-inch display, with an 16Mp camera staring at its owner from the top of the screen.

On the back of the phone are dual cameras, which pair up with Huawei’s AI technology to automatically tweak picture brightness and colour accuracy.

Can Huawei’s affordable smartphone hold its own against pricier alternatives? See our Huawei P Smart 2019 review for more.

A bulky, long-lasting battery gives the ‘Power’ its name. Running on a 5,000mAh battery means you’ll get ‘days of battery life’ according to Motorola. We’ve recently put those claims to the test in our lab.

Motorola is without a doubt one the major players in the UK when it comes to budget smartphones. 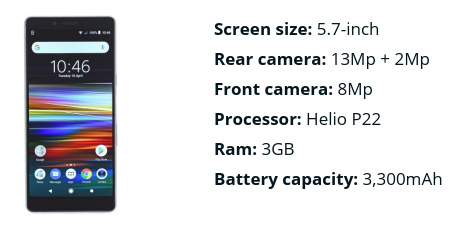 The Xperia L3 becomes one of the cheapest Android smartphones up for grabs in 2019. It has a 5.7-inch screen and chooses to keep its bezels, so you won’t get a full-display experience.

You get dual rear cameras (13Mp + 2Mp) on the Xperia L3, and there’s room for a microSD card if you need more room for your favourite snaps.

Find out if this Sony smartphone is a proven Best Buy smartphone with our Sony Xperia L3 review.

Are cheap smartphones actually any good?

Our expert tests prove that finding a brilliant smartphone for under £200 isn’t an impossible task. But tread carefully – we’ve uncovered a selection of cheap mobiles that are a real pain to use.

Our lowest-scoring phone under £200

Our highest-scoring phone under £200

To see which affordable smartphones we recommend, consult our expert guide on the best cheap mobile phones.