Small cars are the ideal, affordable choice for those looking for a nippy everyday car that’s practical for urban driving and just large enough for long-distance trips. We’ve recently driven a whole host of smaller cars, including the all-new tiny Volkswagen T-Cross SUV, and we’ve reviewed two BMWs for the keen drivers among you. We’re also got a new Best Buy, plus one of the cars below is a Don’t Buy you should avoid.

SUVs can be monstrously large these days, but those who need a smaller car don’t have to miss out.

The Volkswagen T-Cross is VW’s smallest SUV – it’s based on the Volkswagen Polo and competes against rivals such as the Nissan Juke. Find out if you should consider one over the Skoda Fabia and Kia Rio, both conventional small cars.

If you’re looking for something a little larger but still practical for city driving, we’ve reviewed the popular Vauxhall Astra and, for those looking for even more space, the Peugeot 308 SW estate.

Do you want a keener drive? We’ve also taken the popular BMW 2 Series Coupé and BMW Z4 sports car for a spin.

Find out how all these cars performed through the links below.

Jump straight to our top recommendations from our expert lab tests – best cars for 2019. 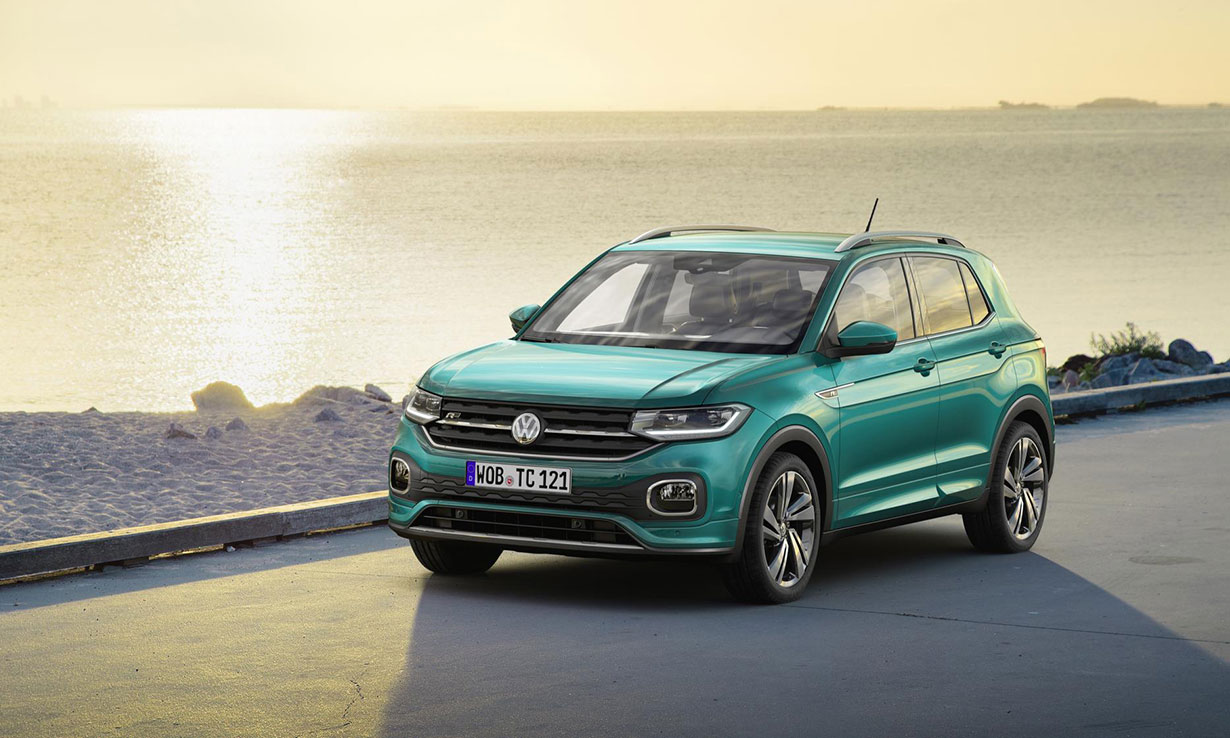 The VW T-Cross was launched this year and we drove it extensively at its media launch. It’s the smallest SUV in Volkswagen’s range.

The T-Cross is 12cm shorter than the VW T-Roc SUV, albeit slightly longer than the VW Polo, and has a slightly more ‘upright’ design than the sweeping fastback T-Roc.

This is strictly an on-road car, with front-wheel-drive and no 4×4 option.

At launch there’s just one engine, a 1.0-litre three-cylinder petrol. This is available in 95hp and 115hp power outputs. The lower power one has five-speed manual transmission; the 115hp with either six-speed manual or seven-speed DSG semi-automatic.

This car’s small size doesn’t leave it short on features. Its four trim levels range from around £17,000 to £25,000, with even the base ‘S’ spec giving you an eight-inch touchscreen, LED rear lights, alloy wheels, heated door mirrors, and automatic headlights.

Find out whether this is the ideal small car for you – in our expert first look Volkswagen T-Cross review. 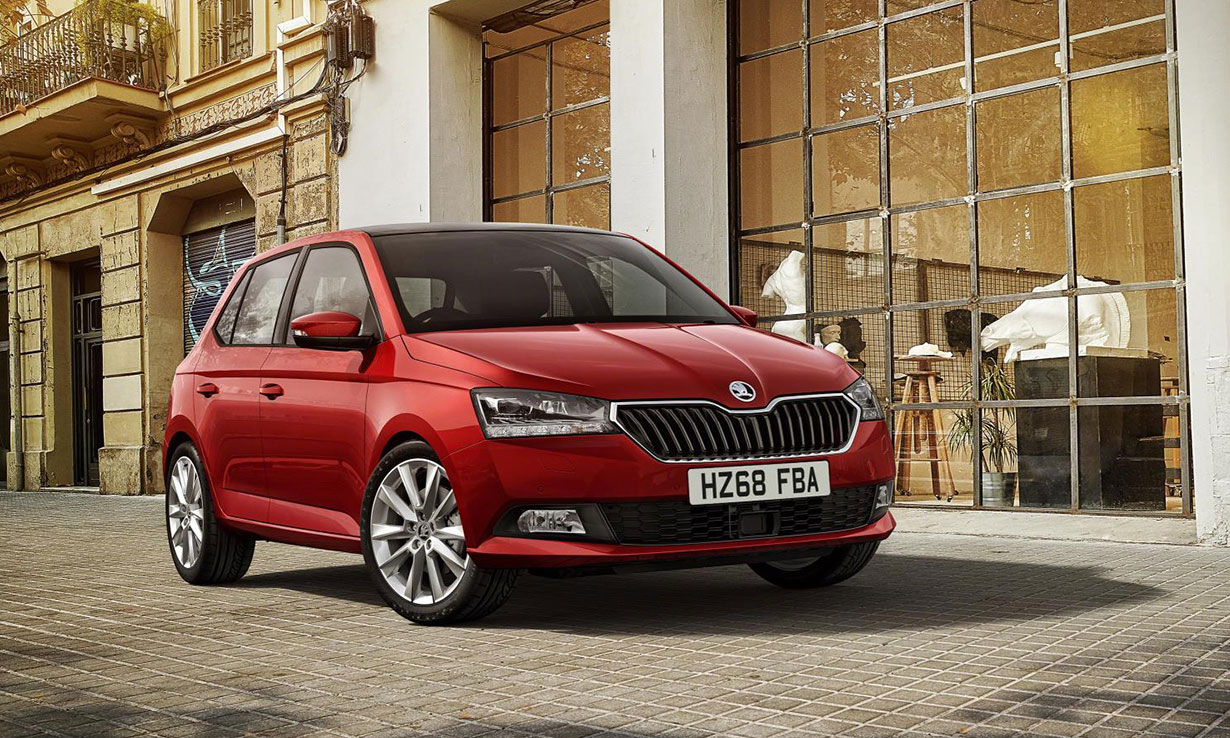 Originally launched in 2015, the third-generation Skoda Fabia was updated in 2018 with tweaked exterior styling. It also had interior updates including a restyled instrument cluster and improved infotainment system that now supports Apple Carplay and Android Auto.

It’s a five-door small hatchback that focuses on practicality and ease of use, which should make it ideal to use around town.

While it originally launched with a variety of engines, as of 2018 all but the 1.0-litre three-cylinder petrol (60 or 75bhp) have been discontinued.

Skoda says this is due to buyers turning away from diesel, and it seeing comparable petrol fuel economy from its newer petrol motors. 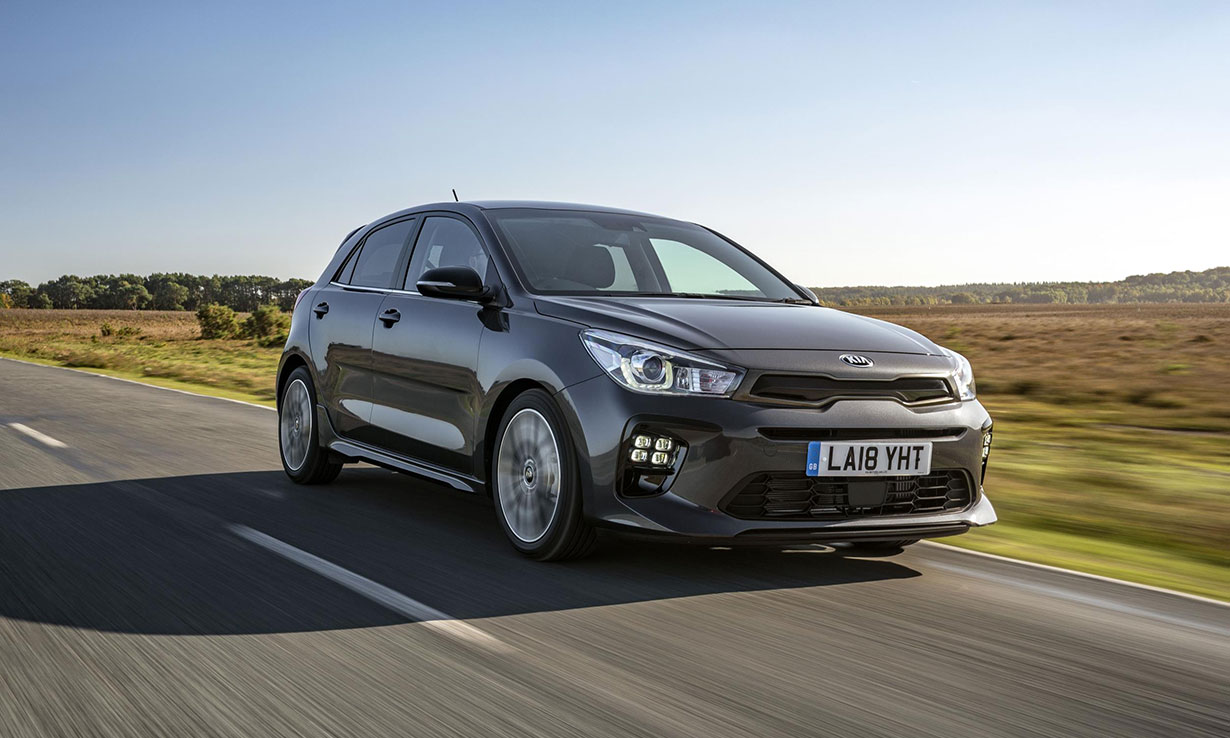 The rival fourth-generation Kia Rio is also a small five-door family hatchback, like the Fabia.

Just like Skoda with the Fabia, Kia has also taken note of nosediving diesel sales – diesel new car registrations are down 18.4% in 2019*.

So Kia has simply ditched the diesel versions. The Rio’s now only available with:

All current engines are fitted with manual transmission as standard, with different speed gearboxes and automatic options on some engines.

However, there’s one thing you need to know about the Kia Rio. It’s a Don’t Buy car.

This is because it only scores three out of five stars in safety organisation Euro NCAP’s tests. However, if you specify the safety pack, which is an option on ‘1’ grade cars and standard on ‘2’ and above, this score goes up to five stars.

We don’t think safety is an option, hence the Don’t Buy.

But even if you do buy the Rio with the safety pack, is it fun to drive and fuel efficient to drive? Only our thorough lab tests will tell you for sure.

We give all the details in our extensive Kia Rio review. 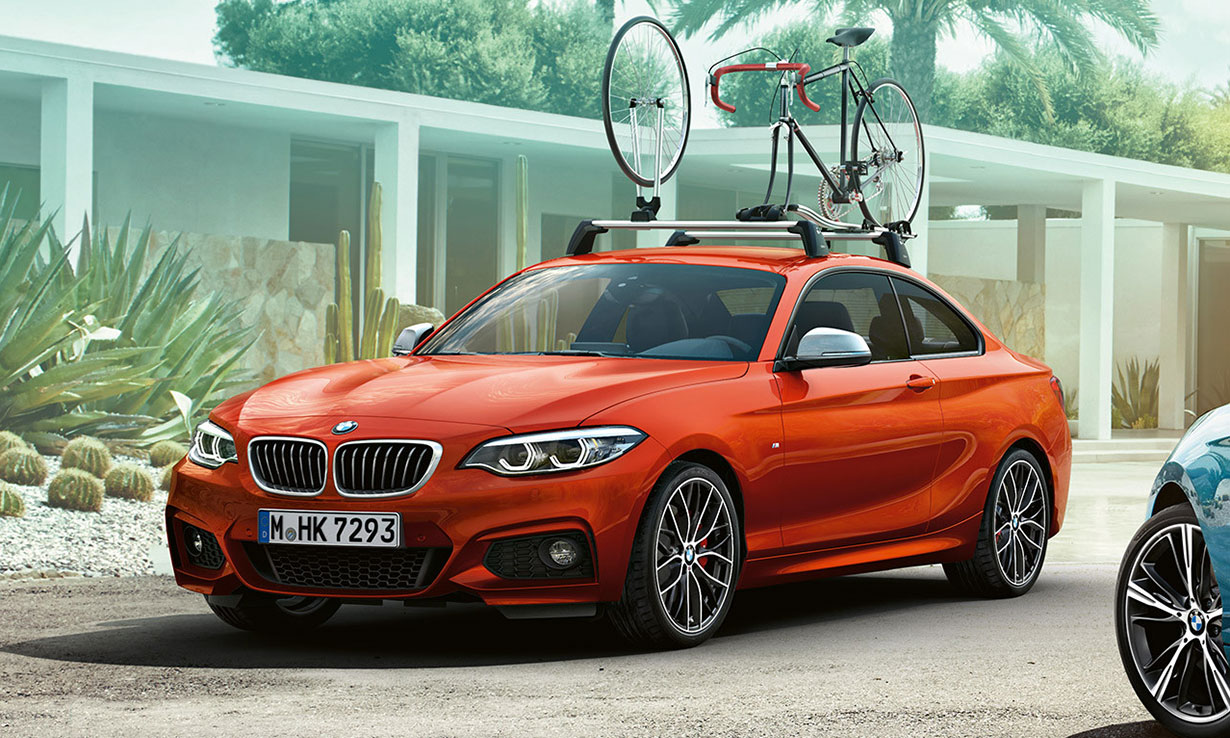 While the fewer doors makes getting into the rear seats less practical, the compromise nets you a more dramatic coupé aesthetic and a sportier drive.

The 2 Series was facelifted in 2018 with a wider front grille and LED headlights. Inside, the instrument cluster was redesigned and it also saw an updated 8.8-inch touchscreen display, driven by BMW’s latest iDrive infotainment system.

BMW aims for the 2 Series to be a keen, responsive drive, but still spaciously practical enough for families.

See whether it has achieved this in our comprehensive BMW 2 Series Coupé review. 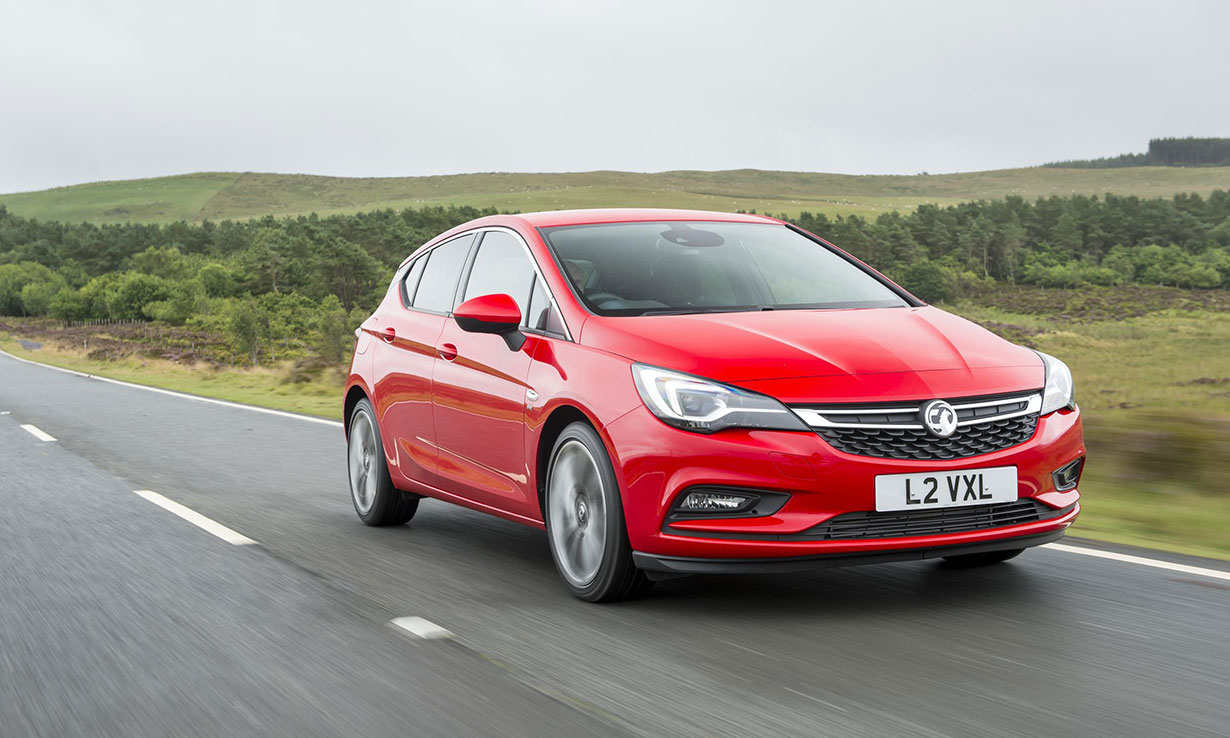 Vauxhall has upped the ante with the seventh-generation Astra, with sharper styling, more space and claimed performance improvements.

You get a wide range of diesel and petrol engines on offer.

The Vauxhall Astra faces fierce competition from competitors like the Ford Focus and VW Golf, so how did it do in our tests?

Our experts reveal whether this is the perfect car for your family in our definitive Vauxhall Astra review. 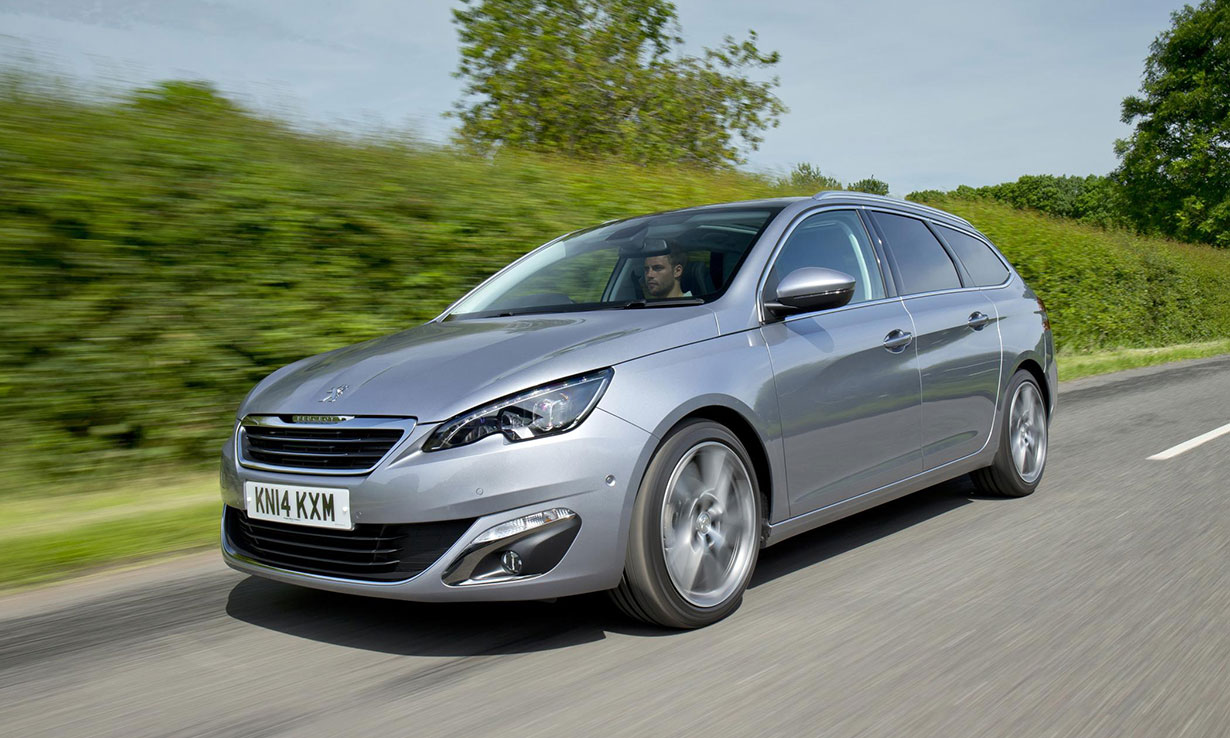 Need more space without the bulk of a large car? Peugeot is well-known for its medium-sized estate cars, and the Peugeot 308 SW offers an exceptionally large boot and practical ride.

There are four trim levels on offer, culminating in the upmarket ‘GT’ which features additional interior styling accents for a racier feel.

Pique your fancy? We reveal whether it lives up to the promise or has something to hide in our exclusive Peugeot 308 SW review. 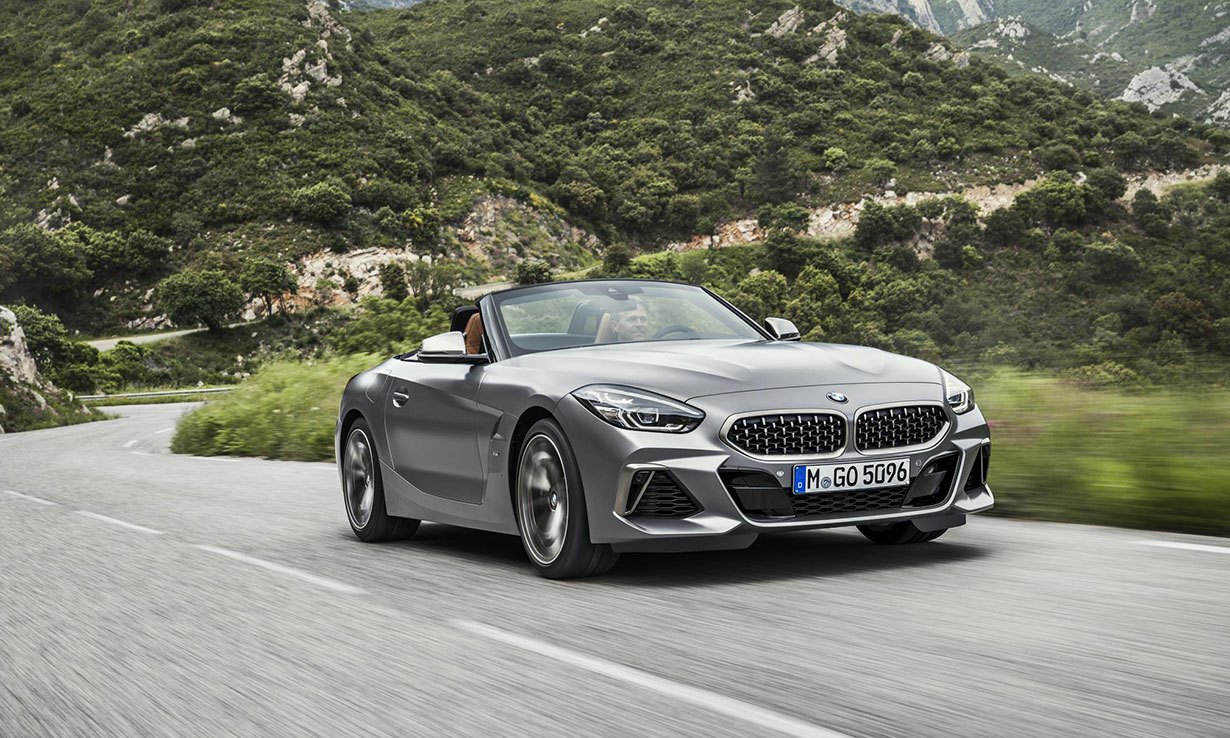 For those looking for an even sportier drive, this is the third-generation of the BMW Z4.

It follows the tried-and-tested roadster recipe, with a folding roof, rear-wheel drive, but enough practicality to make it a sensible choice for everyday driving.

Long rivaling the popular Audi TT and the Mercedes SLC, the declining market for sports cars means the Z4 needs to be a cut above if it wants to be one of the precious few premium two-seater sports cars in this price range.

We put the new Z4 through its paces at its BMW press launch.

So does it live up to expectations? We couldn’t wait to find out what it’s made of in our full first look BMW Z4 review.