For the first time since we started testing QLEDs in 2017, we’ve found models that weren’t good enough to earn a Best Buy badge.

We’ve tested the cheapest QLEDs from Samsung’s 2019 range, the Q60R, Q67R and Q70R, although cheap is relative; the majority of the sets in these ranges still cost £1,000 or more.

The high bar set by their predecessors, along with the new technology inside, gave us confidence that we would once again be treated to some of the best TVs money can buy.

Assumptions are one thing, exhaustive tests are another, and it’s those tests that have found pricey QLEDs that don’t make the grade. Plus we’ve also tested some of Samsung’s cheaper LCD TVs.

Samsung is the only leading TV manufacturer not to bother with OLED TVs. It makes QLEDs instead, which use backlights like LCD TVs, but they illuminate quantum dots – which produce the colours you see on screen – rather than liquid crystals. Brighter screens and more vibrant colours can be the result, and in past years those quantum dots have helped QLEDs earn plenty of Best Buys. But the run ends here. 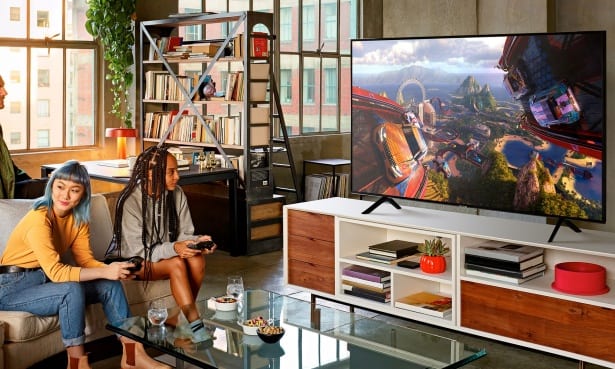 A basic QLED range this may be, but they are still seriously well-equipped. The 4K Quantum processor is a version of the 8K one that debuted in Samsung’s 2018 8K sets. It’s designed to be a master upscaler capable of pushing SD and HD content to their limits, somewhere approaching the jaw-dropping sharpness of native 4K content.

How well this processor works is essential to the QLED’s success, but it’s not the only thing. When we saw a demo of the viewing angle tech in Samsung’s top-end 2019 QLED ranges, the Q80R and Q90R, earlier this year we were seriously impressed. The colours and contrast weren’t compromised even when we looked at the screens from a severe angle. This tech isn’t available on the Q60R, which means the picture could be a problem for anyone not sat dead centre.

Is it the cheapest QLEDs that have let the side down? See for yourself in our hot-off-the-press write-ups: 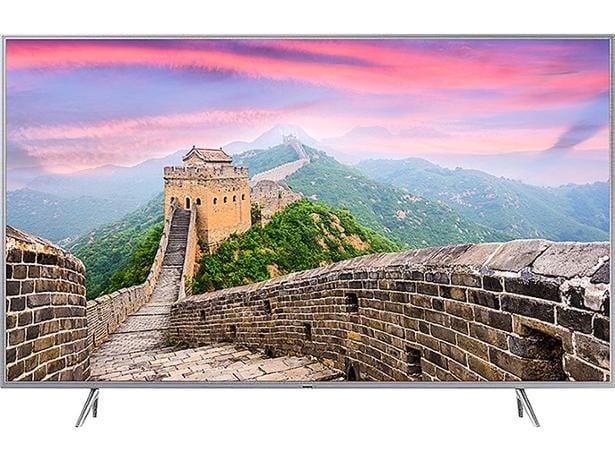 These QLEDs share the same features and potential problems of the Q60R range. It’s not just a fancy processor and some tiny colour-producing dots that justify the steep asking price of one of Samsung’s premier ranges; there’s some exciting software, too.

Ambient mode is Samsung’s stab at solving the ‘I-don’t-want-a-big-black-box-in-my-living-room’ issue. When you aren’t watching the TV it can display all manner of images instead. Some of them even move gently, like the tree shadow on the wall where the leaves sway and react to the weather outside. It can display art and family photos if you’d prefer, or the screen can even mimic the pattern on your wall.

Bixby, Samsung’s voice assistant, graduated from secondary school to college in 2019 and it’s smarter than it was 12 months ago. Searching for content returns more useful results and it understands context, so you don’t need to phrase every question as if Bixby can’t understand the one that came before it. It makes for more conversational, intuitive interactions. You could ask to watch a horror film and Bixby would return a number of results, your follow up question could be, ‘Show me the third one’ and Bixby will understand you’re referring to the list of horror films.

These extra features are nice, but they will never be as vital as picture and sound quality. Is it best to avoid Currys range of QLEDs?

Q70R – pricier, but not necessarily better 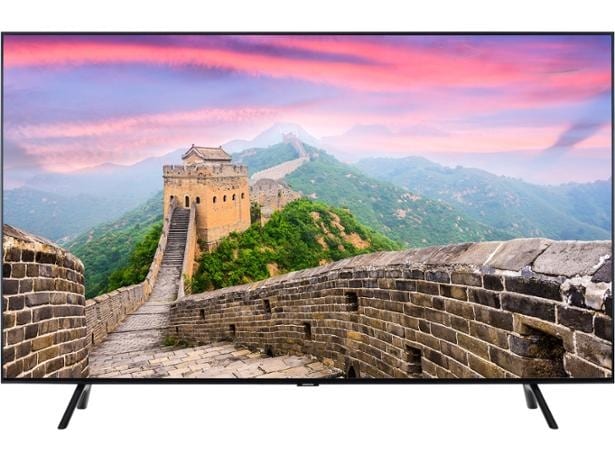 On average, more expensive TVs outperform cheaper ones. They have superior processors and speakers, and skilled engineers spend more time tweaking the picture and sound.

But any average has its outliers and in 2019 we’ve already found TVs costing more than £1,000 that are best left alone.

Is this change enough to see the range safely into Best Buy contention?

Our first batch of test results for 2019 bookends the LCD line-up, with reviews of the top-of-the-range RU8000 TVs and the entry-level RU7100s. 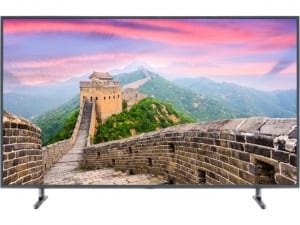 This range sits just below the QLEDs, which is a tricky spot to be in. Is it worth spending slightly more to get a QLED and all the bells and whistles that come with it, or can you save on an RU8000 and get superior picture and sound? 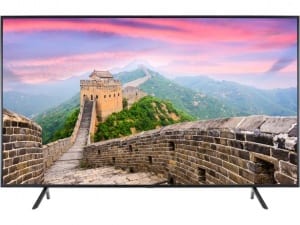 These basic 4K sets are some of the most popular thanks to their low price (the 43-inch model is already £399), HDR support and hi-resolution screens. That said, you are missing out on a PVR for recording and Bixby voice control. Is the picture and sound good enough to compensate for a few missing features?