Are you looking for the perfect runaround? Our latest, expert lab tests reveal results for two all-electric cars – and one is an affordable, long-range electric SUV. We’ve also got results for three family cars, including the Ford Focus estate, and a big, fat SUV from BMW.

The Hyundai Kona Electric aims to bring mainstream appeal to urban electric car driving. The Konda Electric targets the trendy SUV market, with an offering practical enough for families. It claims an impressive per-charge driving range of nearly 300 miles – a Tesla-worthy range without the sky-high price. We see whether it lives up to the promise.

We’ve also reviewed the recently-updated BMW i3 electric car, a popular model first launched in 2013. Also from BMW, we have the popular X5 large diesel SUV.

Small petrol cars, the Hyundai i20 and Mazda 2, duke it out in our tests to see which are worth your money.

If you need lots of room for people and luggage, we’ve reviewed the Ford Focus Estate to see if it’s the perfect balance between exterior size and interior practicality.

Do you simply want to know which cars came out on top in our tough tests? See our expert pick of the best cars. 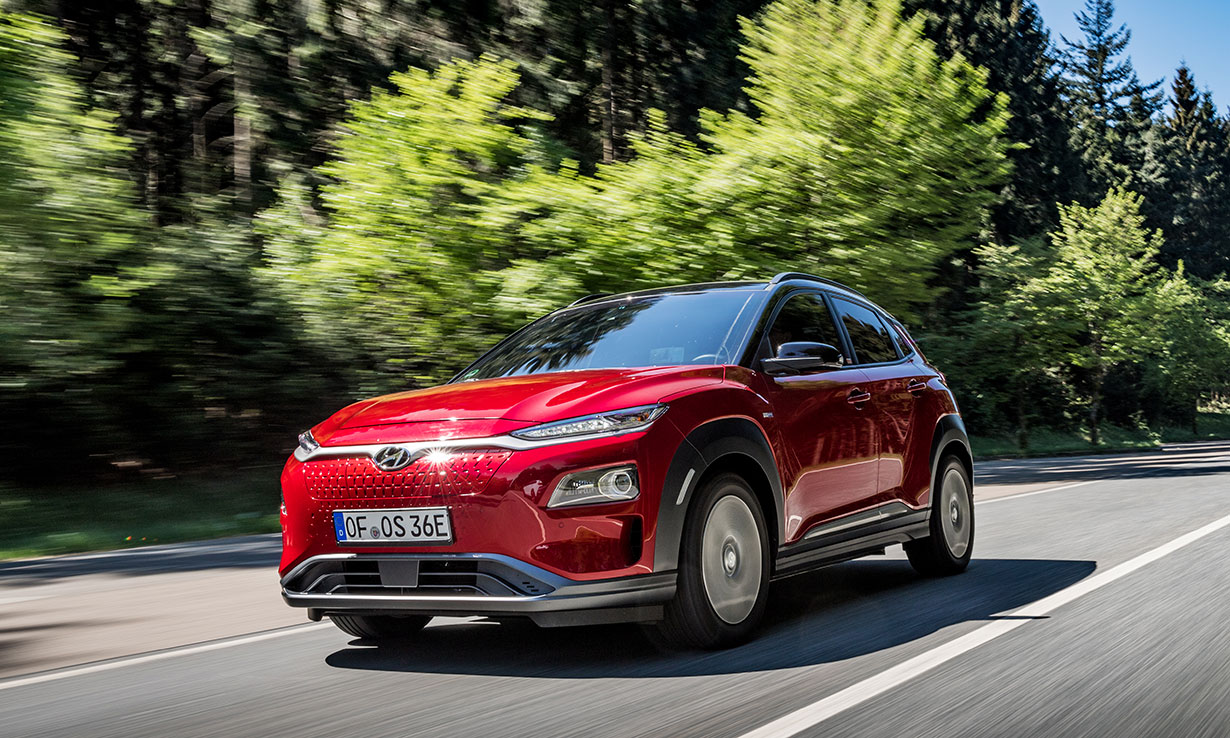 The Hyundai Kona Electric is a compact SUV in the same class as popular favourites such as the Nissan Juke, and closely related Kia Stonic. However, its zero tailpipe-emission credentials means it’s a pretty unique and potentially attractive proposition for buyers.

There’s very little like it on the market – with few all-electric rivals beyond the BMW i3 and all-electric version of the Kia Niro.

The Hyundai Kona Electric has a choice of two ‘engines’ that come with different-sized battery packs:

The latter’s claimed range rivals Tesla cars like the Tesla Model X and Tesla Model S – though these are more than double the Kona Electric’s price.

So has Hyundai created the ideal, affordable electric car for SUV fans? Our expert tests reveal the answers in our definitive Hyundai Kona Electric review. 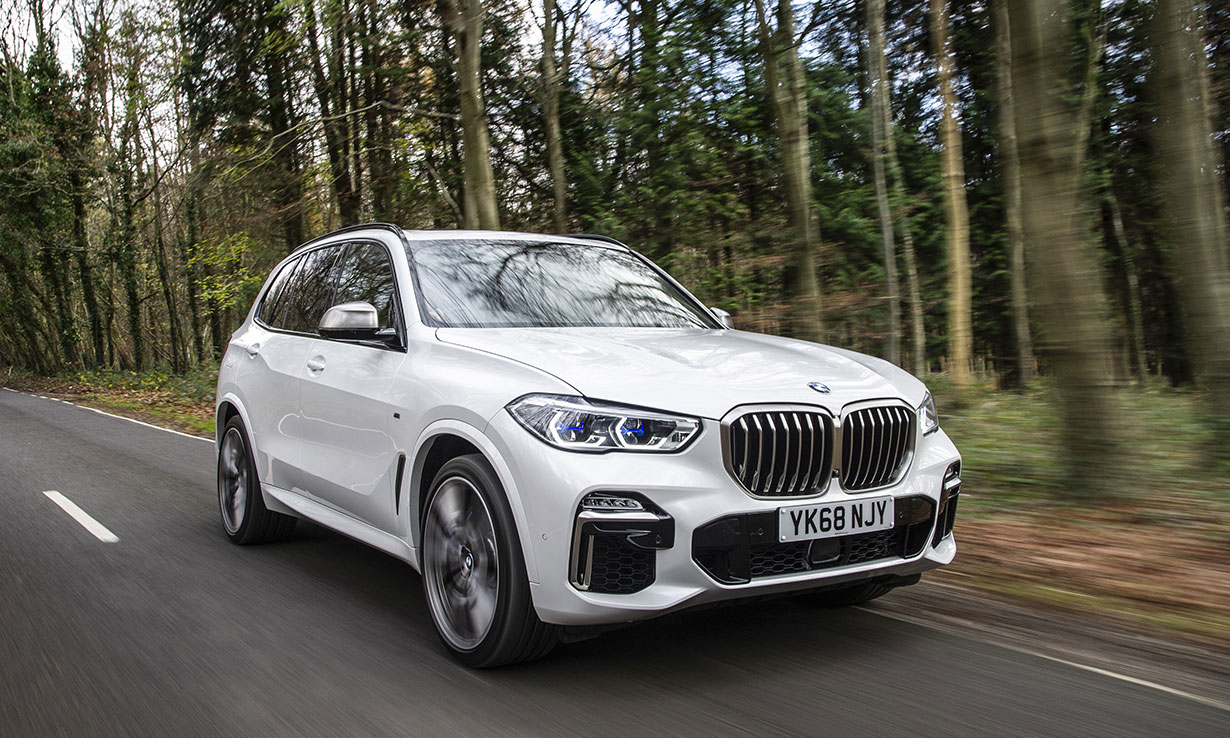 The BMW X5 is at the other end of the SUV scale. It’s big, weighing in at more than two-tonnes, and all models are four-wheel drive.

For your money, you get plenty of space and a commanding presence with high ride-height on the road.

Plus a luxury cabin and every driver aid you can think of – from around-view cameras to a program that will automatically and precisely reverse the car over the last 50 metres travelled. Handy if you’ve ever had to backtrack down a blocked country lane.

BMW expects its 265hp 3.0-litre diesel engine option to be the most popular, since – at least on paper – it’s the most economical option with the decent performance you’d expect from a BMW. We see whether this really is the case in our independent tests.

So is this large SUV a winning proposition and how economical is it really? We give our expert verdict in our extensive BMW X5 review. 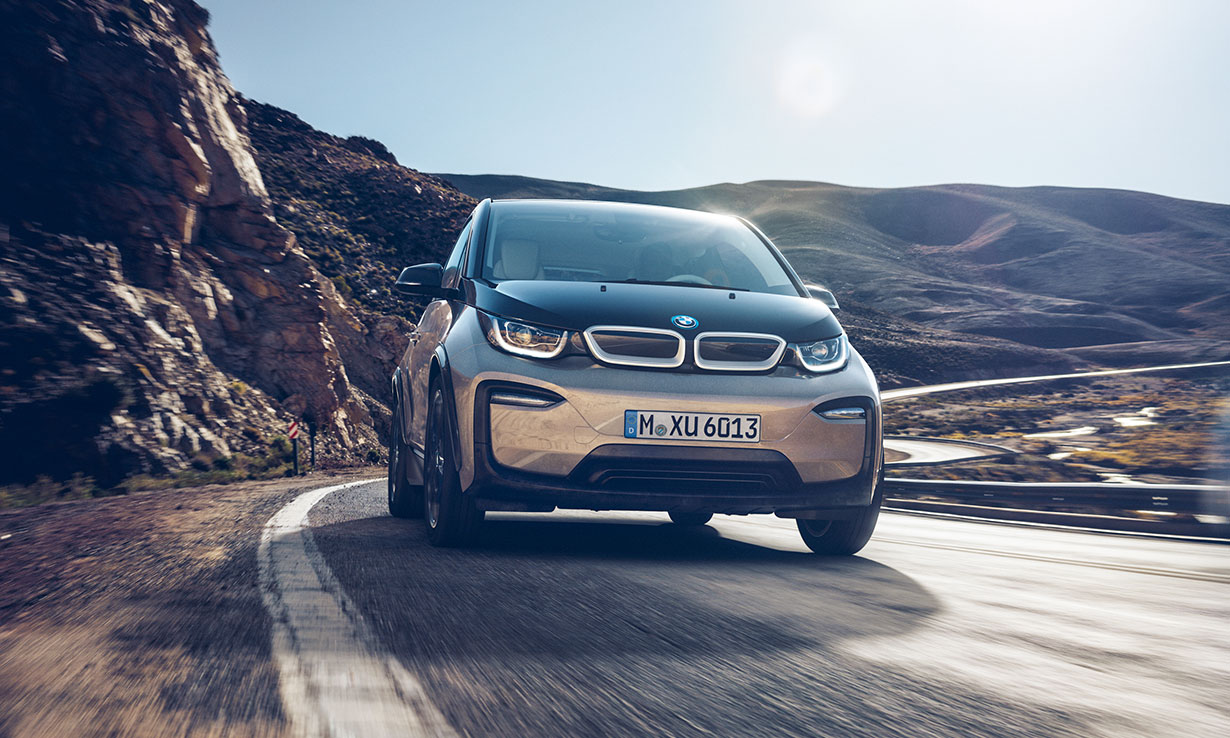 The funkily-styled BMW i3 five-door small car with room for four passengers may not look like everyone’s cup of tea, but it has built up a sustained following among electric-car buyers.

Originally launched in 2013 in the early days of the renewed push for electric cars, it’s popularity means it’s been regularly updated in 2016, 2017 and again in 2018, now with a considerably longer driving range.

The latest model has 120Ah of battery power, with a claimed driving range of roughly 200 miles – making even pretty serious road trips a real possibility. Our expert lab tests see whether these claims prove to be true.

BMW also claims the latest 120Ah model can be charged to 80% capacity at a rapid-charging station in 42 minutes, or via the BMW i Wallbox in 4.9 hours.

So is this a novelty car, or is it practical enough to handle UK roads? Our rigorous lab tests give you all the answers in our comprehensive BMW i3 review. 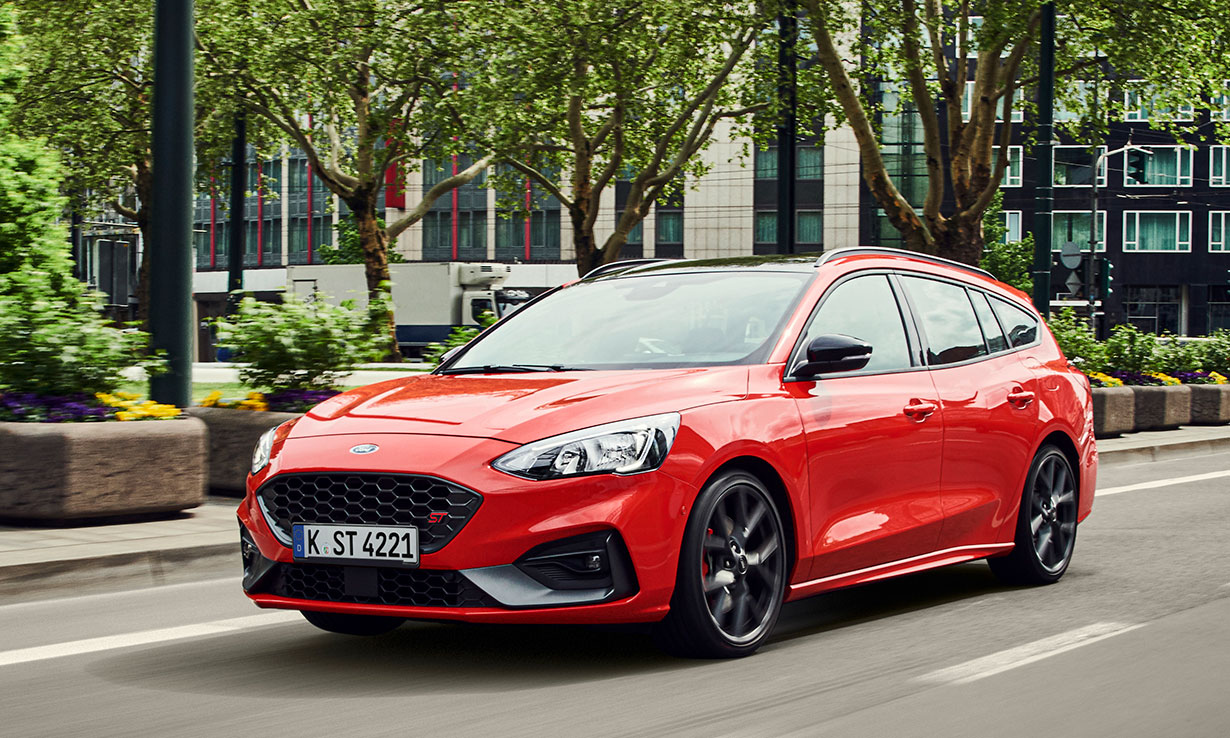 If you’re looking for more space without the bulk of a large SUV, the Ford Focus Estate might be the ideal car for you. Compared to the standard Ford Focus, there’s more rear seat space and a bigger boot for plenty of luggage.

There’s also seating for five, plenty of safety kit and a chassis that aims to offer both comfort and pleasurable driving.

Ford gives you a huge range of nine trim levels to choose from to customise it to your preferences.

Even the entry-level ‘Style’ model is reasonably well-equipped, with DAB radio and multiple driving modes that alter the throttle response and weight of the steering to suit your mood at any particular time.

Has this piqued your fancy? See whether it has the dynamic drive, great fuel economy and reliability you’re hoping for in our full Ford Focus Estate review. 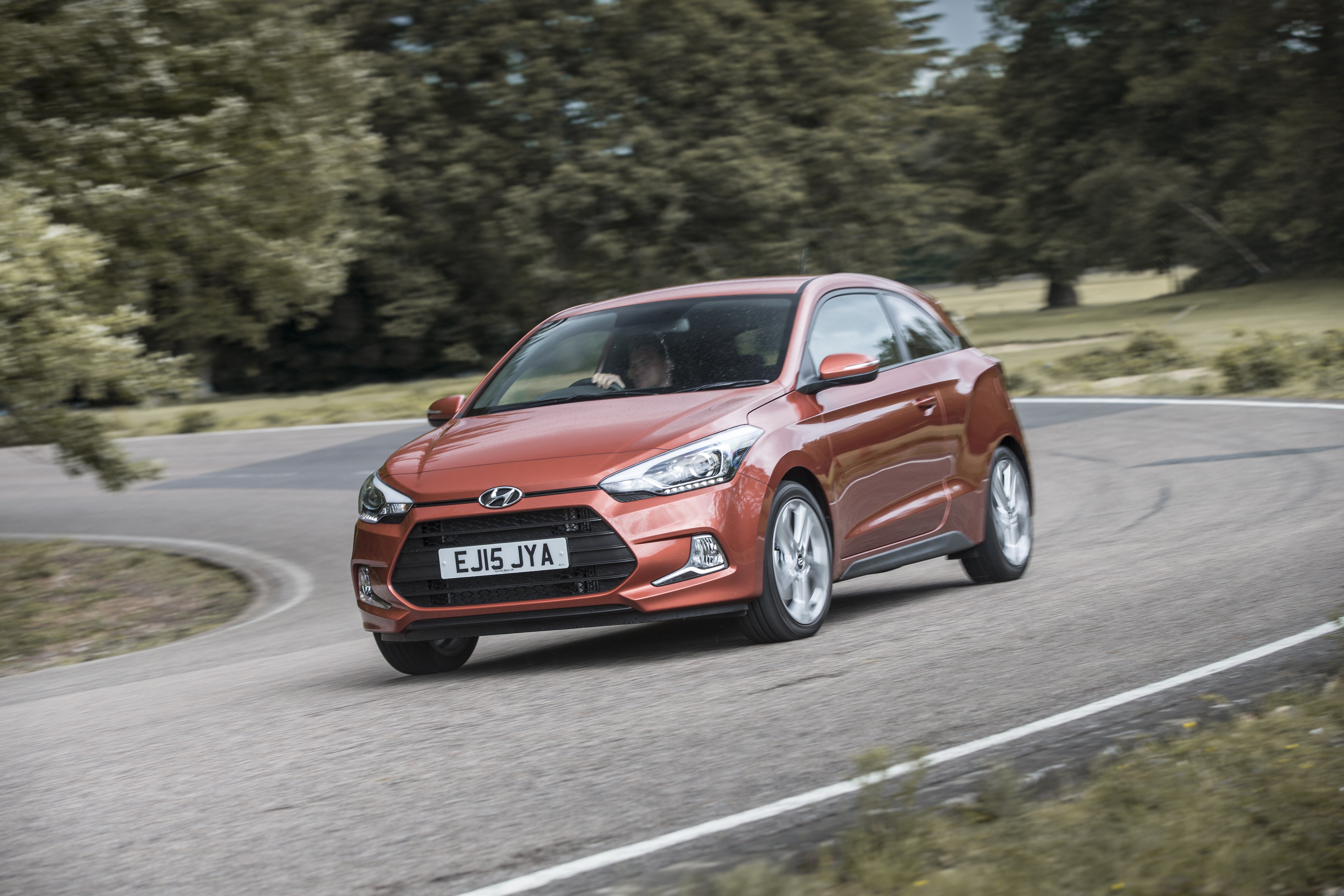 The five-door Hyundai i20 small car was launched in 2015 and updated last year. It aims to be practical and conveniently-sized, but good value as well.

The i20 competes against popular rivals such as the Ford Fiesta and Vauxhall Corsa.

All Hyundai i20s come with pretty impressive tech as standard, including a seven-inch touchscreen media system with Android Auto/Apple Carplay.

A safety-enhancing lane-departure warning system is also standard on all but entry-level models. It gives audible and visible warnings if you drift out of lane on the motorway.

Hyundai updated the i20’s engine range last year. It now includes a 1.0-litre turbocharged three-cylinder petrol engine with 100hp or 120hp, and naturally aspirated 1.2-litre engines with 75hp or 84hp, which make up the entry-level engines in the i20 range.

Most models come with five or six-speed manual transmission. The 2018 update also saw minor tweaks to the exterior styling, with a new grille and bumpers.

Could this be the ideal car for urban driving? See how it performs in our thorough Hyundai i20 review. 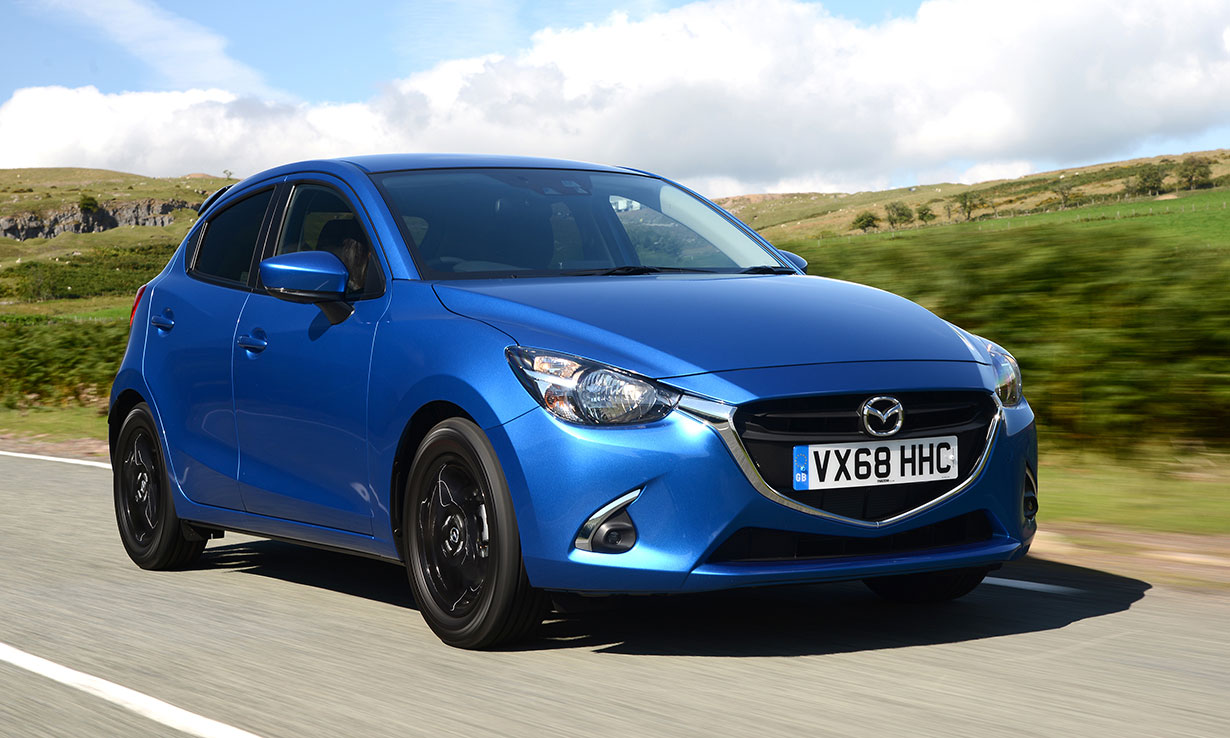 The Mazda 2 is the smallest car in the Japanese manufacturer’s range and it competes against the Hyundai i20.  As you’d expect from a Mazda, it aims to offer a more fun, performance drive than the typical small car.

The Mazda 2 has striking looks too, with a bold front grille and sporty, tapering roofline.

Unlike most rivals, Mazda eschews turbocharged petrol engines in favour of naturally-aspirated ones. This helps provide a more direct throttle response for keen drivers – most other car manufacturers choose turbochargers in the hunt for better fuel efficiency.

As standard, the Mazda 2 comes with a five-speed manual gearbox. But you can order the 90hp version with a six-speed automatic gearbox.

Looking for a small car with a bit of oomph? Does this come at the expense of low running costs, or is this car the best of both worlds? See what our experts thought in our exclusive Mazda 2 review.