Fitbit has recently launched two new wearables: the Fitbit Versa Lite and the Fitbit Inspire HR. Read on to find out what they have to offer and whether you lose out by buying one of these compared with the standard Fitbit Versa.

With its Apple-style ‘squircle’ design, the Fitbit Versa (£159) has long made an appealing alternative to the Apple Watch if you don’t want to shell out a painful sum (or, of course, if you don’t have an iPhone).

Now Fitbit has launched the Versa Lite (£135), a pared-down version of the Versa. Should you save a few more quid and buy the Versa Lite, or are you missing out on essential features?

Or should you go for a tracker instead – something like the recently launched Fitbit Inspire HR (£90), for example? It’s an update on the Fitbit Inspire (£70), now, as you’ll have got from the title, with heart-rate monitoring.

Read on to find out more. Alternatively, you can jump straight in to the full reviews by clicking on the links below:

Find out which models impressed us the most with our round-up of our Best Buy fitness trackers.

Key specs in a nutshell 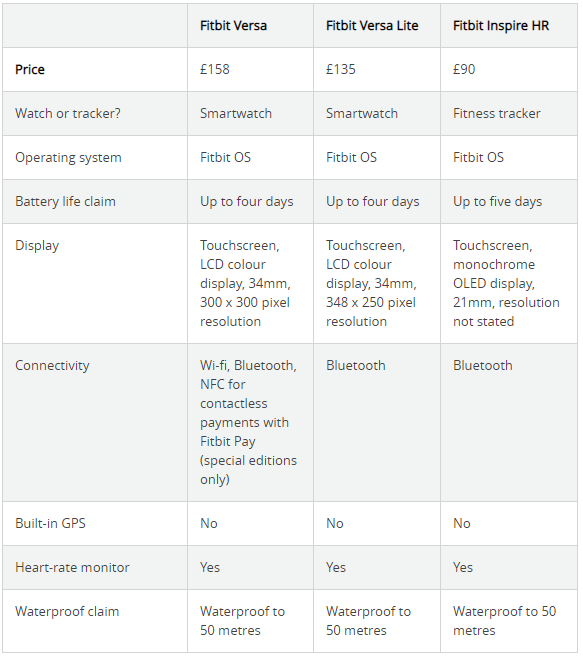 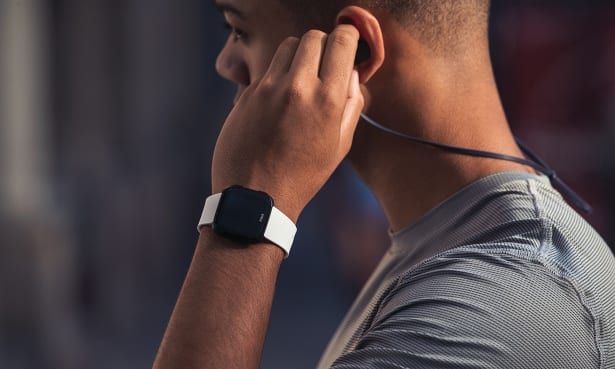 Let’s start with the original Versa.

It doesn’t look or feel especially premium compared with smartwatches such as the Apple Watch, but it’s attractive nonetheless, and comes in a variety of colour combinations: black band and body, grey band and silver body or peach band and rose gold body. The standard bands are silicone, but you can buy special editions with lavender or charcoal woven straps.

The touchscreen is nice and responsive, it’s lightweight (37g) so you barely notice on your wrist, and could be great for all-day wear.

If you use music as motivation, there’s space for 300 songs so you don’t need to take your phone out with you if you have a set of Bluetooth headphones. A warning, though, with no on-board GPS you’ll need your phone to track your running route.

There’s more to this tracker than simple step, calories and distance tracking, with a wide range of exercises available and a heart-rate monitor that tells you which zone you’re in, helping you to target different training intensities.

Swimmers will find water resistance to 50 metres, plus there’s an impressively in-depth sleep tracker. Plenty of information is available about the time spent in light, deep and REM sleep, plus an SpO2 sensor can detect sleep apnoea, a potentially serious sleep disorder.

It offers female health tracking, allowing you to log your menstrual cycle, record symptoms and, in theory, predict when you’re ovulating. This is designed to get more accurate over time as you enter more information. There are a number of similar apps available, but the benefit of this one is being able to see your data in the same place as all your other fitness information.

You can receive texts, calls, calendar reminders and social media notifications and reply using quick pre-set replies (only if you’re an Android user, though). If you buy a special edition of the Versa, you’ll also get NFC for contactless payments via Fitbit Pay. Only a limited number of banks will be compatible, so check that yours is one of them.

Fitbit says that you’ll get four days of battery life per charge. While that’s not the longest of any smartwatch, it’s more than you’ll get from the Apple Watch 4, which needs charging nightly. We know GPS is a big battery drain, so its absence probably helps in this regard.

Find out more by reading our full Fitbit Versa review. 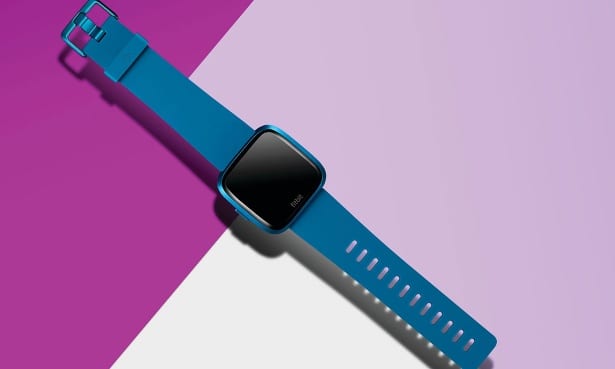 At 38g, it’s fractionally heavier than the original Versa, but still comfortable enough to keep on day and night.

Similar to the Versa, the Versa Lite can track steps, distance, calories and more. It offers 15 exercise modes and the option to set personalised goals. Both have a guided breathing app for when you need some extra help relaxing. Disappointingly (if unsurprisingly), the Lite doesn’t have GPS either, so it will rely on your phone’s GPS to track your running route.

The Lite is waterproof, like the Versa. However, the Lite returns fairly basic swimming metrics and won’t track the number of laps you’ve swum, for example. Nor can it tell you the number of floors you’ve climbed. And you won’t get music storage or guided workouts from the Versa Lite, either.

On the plus side, it does offer the same detailed sleep tracking as the standard Versa. And you can still receive calls, texts and social media notifications on the watch, as long as your phone is nearby.

Discover how it compared with the Versa in our tests by reading our Fitbit Versa Lite review. 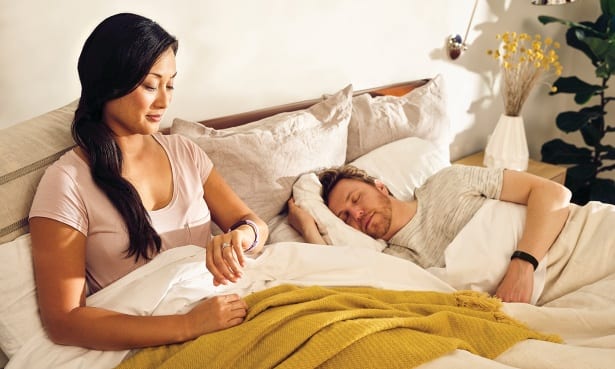 Weighing in at 18g, the Fitbit Inspire HR is the lightest of the three. That means it feels comfortable, but, on the downside, also feels less sturdy and than the other two.

It’s has a thin band with a monochrome display. The screen is much smaller than on the other two, and there are fewer clock faces to choose from. So opt for one of the others if fashion and personalisation is important to you.

Straps come in black, white or lilac, or you can choose to pay extra for other colours and designs.

There’s a decent range of tracking features in addition to the standard steps, distance and calories – it can automatically track when you’re exercising, and distinguish between running, swimming, cycling and other workouts. It also offers goal-based exercise modes and, of course, it can measure your heart rate, showing whether your session is cardio or fat-burning.

As with the two rivals above, it can be worn in the swimming pool, includes the Fitbit female health tracking app, tracks your sleep and offers guided breathing sessions based on your heart rate. There’s still no GPS, but you will get vibration alerts for calls, texts, emails and social media updates.

It claims a longer battery life than the others – five days, instead of four. Our full Fitbit Inspire HR review reveals whether it lasted as long as five days in our tests.

Which Fitbit should you go for?

It really depends what you’re after. If you want music storage, more detailed swim tracking, and contactless payments (assuming your bank supports contactless payments), it will be worth paying more for the extra features the Versa offers compared with the Versa Lite. But even the Versa doesn’t tick all the boxes if you’re looking for total freedom from your phone, seeing as it doesn’t have GPS or especially sophisticated smart features.

The Inspire HR has a nice number of features for a tracker and is obviously the most budget-friendly. So, if you’re after a tracker, then this one could be great option.

Fitbit is one of the best-known names in the world of wearables, but all of its products are not made equal. We’ve tested three Fitbit smartwatches and seven Fitbit trackers, and as you can see, there’s a big difference in how they perform in our tests. 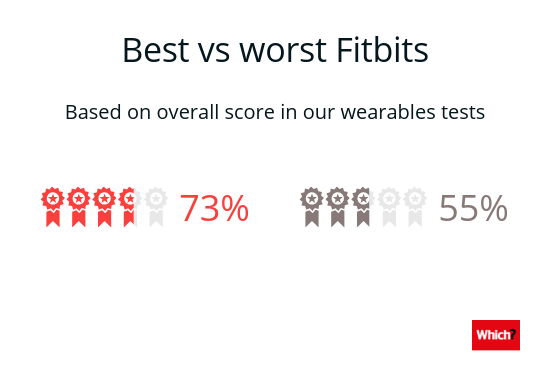 To see how many of its wearables are Which? Best Buys compared with other brands, browse all of the best smartwatches and best fitness trackers from our tests.