With summer comes a flurry of new pushchair launches.

These include summer stroller launches and updates to popular pushchair models from Babystyle, a new pushchair from Joie and a new travel system from Mee-Go.

Head straight to our pushchair reviews to find out the best ones we’ve tested recently.

The Oyster Atom and the Hybrid have both had facelifts to create the Atom 2 and Hybrid 2.

The Oyster Atom 2 (pictured below) now has a standard bumper bar, as opposed to the previous T-shaped one. The canopy cover and wheels have also been made bigger. 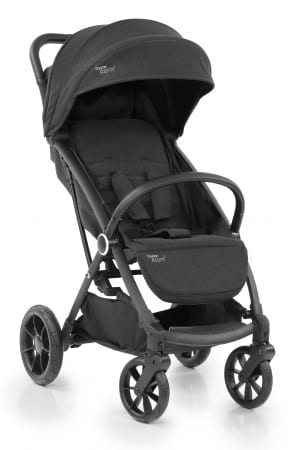 The Hybrid 2 (pictured below) has a redesigned seat unit, tweaked hood with added ventilation panel and the wheels are now the standard spoke style, rather than solid plastic discs.

Babystyle claims it weighs less than the original Hybrid. 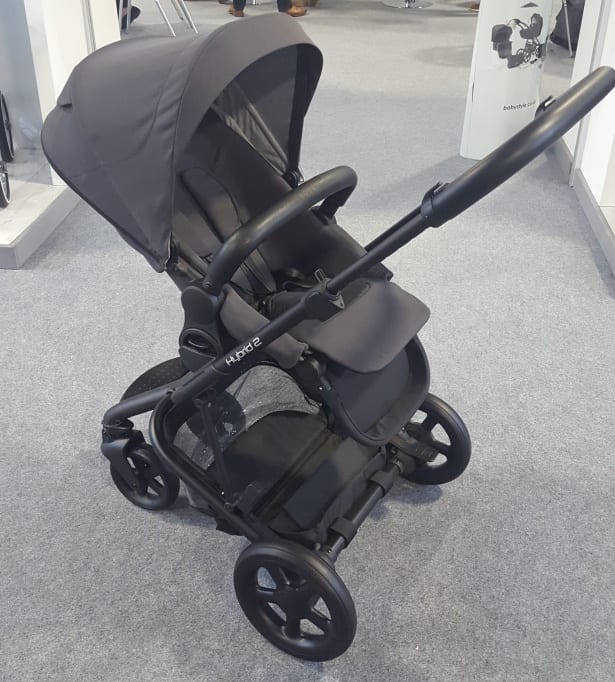 The Hybrid 2 will be coming out in mid-June, while the Oyster Atom 2 should follow soon after in July.

We tested the Oyster Atom and Hybrid last year.

In July, look out for the Hybrid Metro (pictured below). It’s an urban city stroller that’s similar to the Hybrid, but the pushchair chassis is shorter to make it nippier as you go around town. 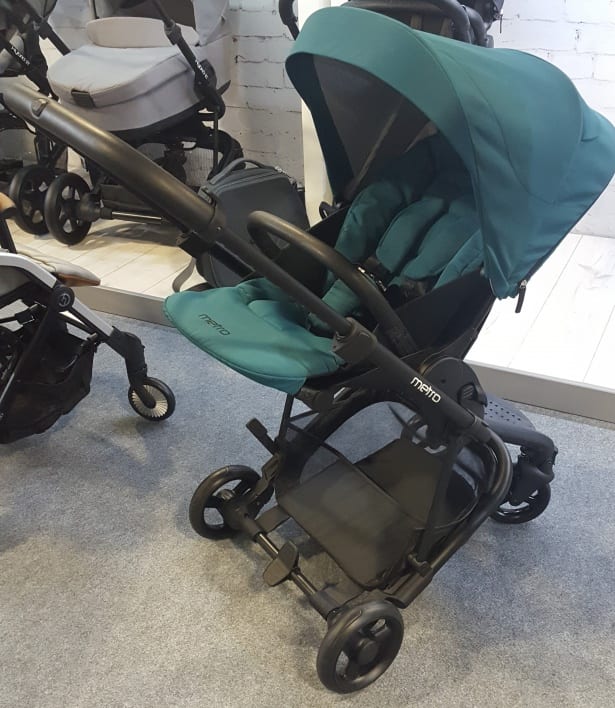 It has a ‘lie-flat’ seat unit and adjustable canopy, and you can add the Hybrid carrycot if needed. It will retail for £399. We’ll be testing this pushchair in the next few months, so look out for the full review.

The carrycot has an adjustable hood with ventilation panel and adjustable back rest, which lets you raise it so your baby is lying at slight angle, which may help if your little one is struggling with reflux.

Look out for the lockable front wheels (a common feature on pushchairs these days to aid steering) and a large shopping basket.

The full package comes in at £650, which while not cheap, definitely costs less than some other travel systems out there.

The Mee-Go Santino is available in Chamomile, Pepper Grey (pictured below), Urban Grey and Blue Stone. 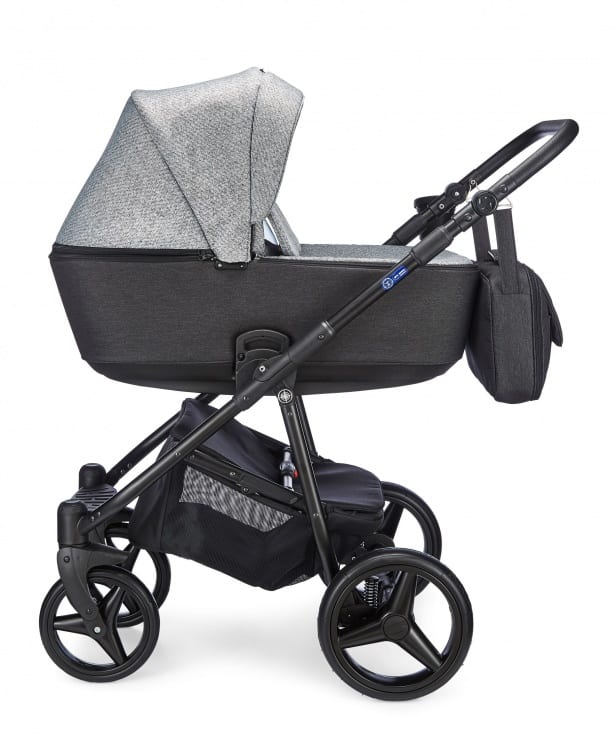 The company has also launched special editions of the Santino, with gold or silver chassis and fabrics that come in Gilded Gold, Gold Leaf and Fairy Dust, for an added bit of bling. The special edition costs £749 and is already available from selected retailers.

Launching this month, the Joie Versatrax (pictured below) is a new pushchair, with a ‘lie-flat’ seat and the option for four travel modes; carrycot, infant carrier, parent-facing seat and world-facing seat. 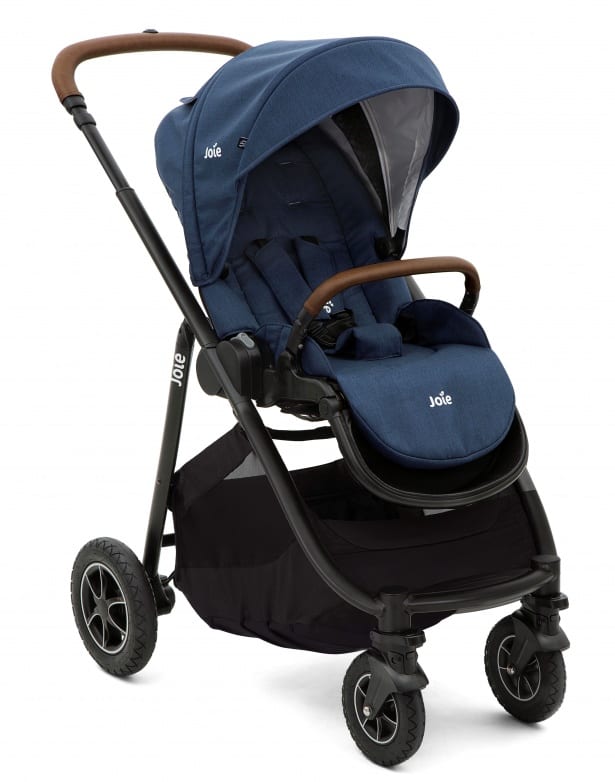 According to Joie, it has a ‘one-hand fold’ with a built-in carry strap and weighs 11.7kg. That’s still quite heavy to carry, but it’s lighter than some pushchairs we’ve tested.

The rubber tyres are foam-filled and the pushchair has built-in suspension, which should hopefully mean your tiny tyke won’t get jolted around too much if you decide to go off-road with it. 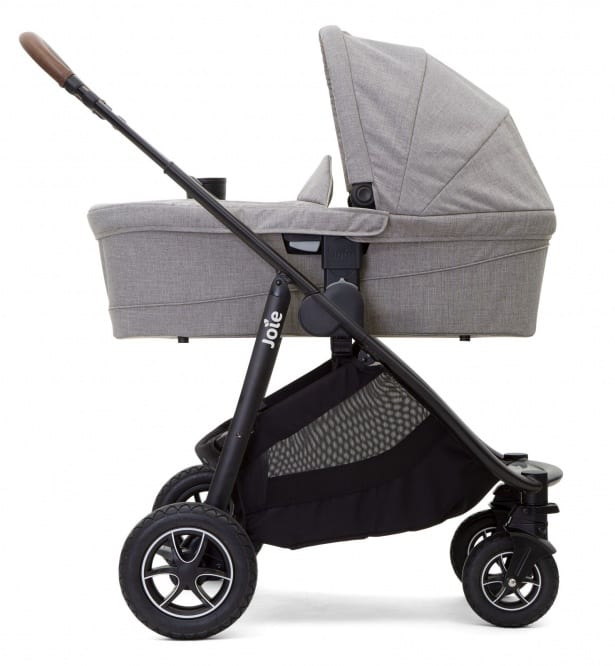 Joie is also releasing the Joie i-Snug (pictured below), an i-Size certified car seat that’s billing itself as one of the lightest i-Size carriers available.

Weighing 3.2kg, it can be used with selected Joie pushchairs, as well other pushchairs using the Maxi-Cosi adaptors.

It’s suitable for babies measuring 40-75cm (approx. birth to 12 months) and has a 3-point harness and headrest designed to provide security and protection for your child via the side wings and infant pillow. 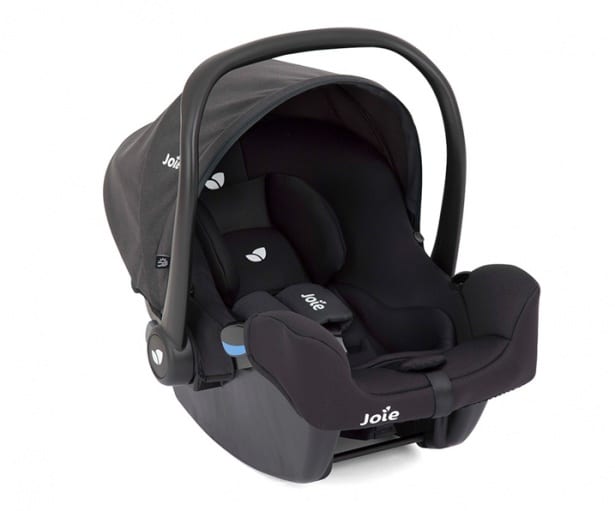 Look out for it in a range of colourways including Coal, Deep Sea, Laurel and Grey Flannel. It’s launching later this summer and will cost £90.

We had a sneak peak of the Giggle 3 when a special edition range was launched in collaboration with singer Paloma Faith, but the final version of the Giggle 3 is launching in June. 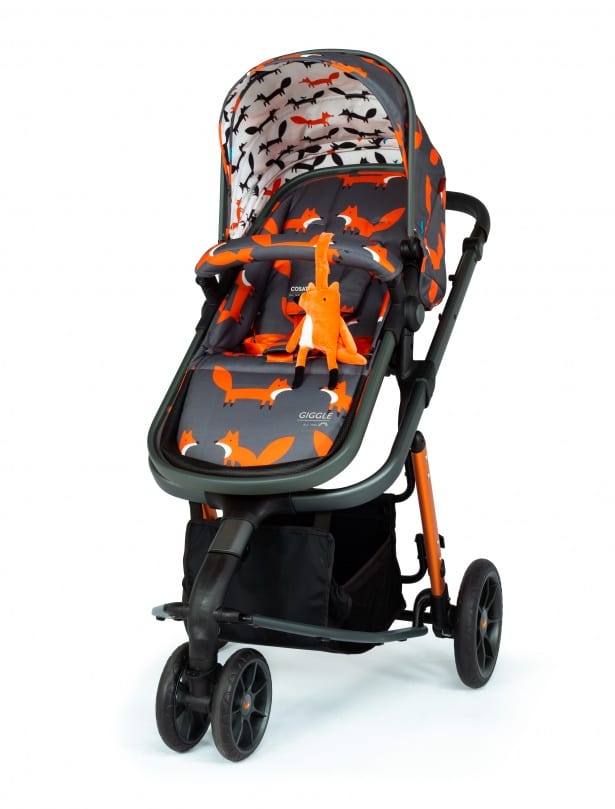 Like the Giggle Mix, the Giggle 3 pushchair and travel system has a reversible seat unit so your baby can face you or face the oncoming world. There’s a carrycot (pictured below) which is longer than a standard one, so if you’ve got a taller than average baby, that could be handy.

It has all-round suspension which may help to smooth out your daily route and a leatherette handle for a comfortable grip.

It will have new wheels, made from a unique formulation of EVA (ethylene-vinyl acetate) and rubber. It’s designed to provide a more natural bounce without the added maintenance of air-filled tyres. 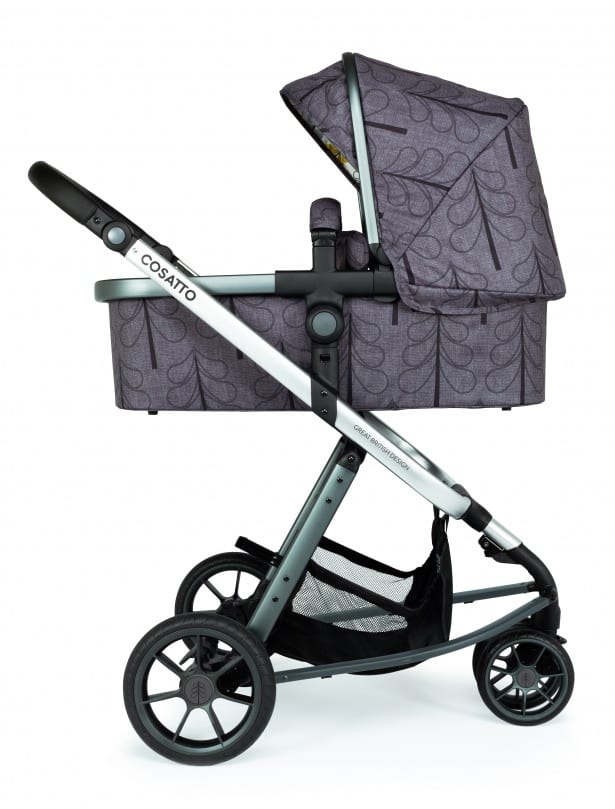 Designed in response to the challenges faced by parents in the city and when travelling, the Micralite ProFold is a lightweight pushchair with a one-handed fold, shoulder strap and is certified cabin friendly (EasyJet). 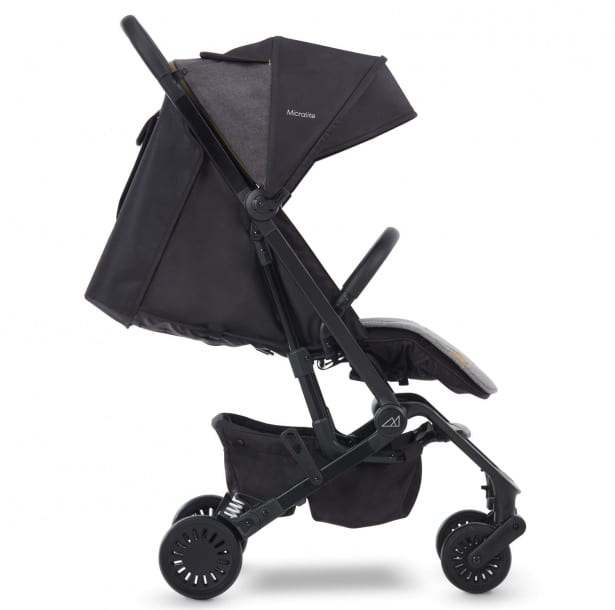 Essentially, the manufacturer is looking to provide a nippy, easy-to-push stroller, and with a claimed weight of 7kg, this could be a useful one for getting around town or taking on holiday. Just bear in mind it won’t take a car seat or carrycot.

We’ve also recently tested the SmartFold from Micralite. To find out if the fold really is as smart as it’s claimed, read our full Smartfold Micralite review.