We’re all mesmerised by the new flagship smartphones when they hit the shelves. But as technology develops so quickly, it’s near impossible to get to grips with all the innovative features that they offer. We’ve narrowed down some of the most useful smartphone camera features that will help you to capture perfect photos.

In their inception, smartphone cameras were considered a convenient alternative to carrying around a professional camera. But as manufacturers continue to pour time and investment into improving their camera technology, smartphones now stand as a viable alternative to dedicated cameras for some people.

We recently pitted some of the most sought-after smartphones, including the Samsung Galaxy S10 and Apple iPhone XS, against top-scoring compact cameras to see how they compare. And while doing so, found five useful features that will help you take your smartphone photography skills a step further.

Want to know how these smartphones fared against a top-of-the-range compact camera? Can today’s camera phones replace your compact? reveals all.

Five camera features to try out

We’ve shortlisted some of the most useful features to help you make the most of your smartphone’s camera. 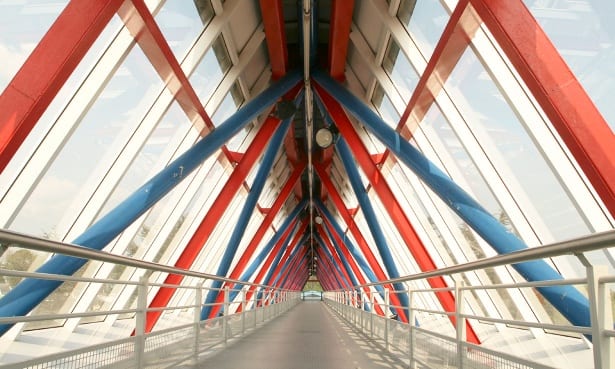 You may have noticed that the newest flagship smartphones like the OnePlus 7 Pro, Samsung Galaxy S10+ and Huawei P30 Pro are equipped with high resolution ultra-wide angle lenses, but how can you use wide angle lenses in the first place?

In the simplest terms, wide angle lenses allow you to fit more into a picture, giving you more perspective. This type of lens is particularly useful when taking photos of scenery.

Unlike traditional DSLR and mirrorless cameras, smartphones can suffer from some distortion when trying to take wide-angle shots – but they are still able to capture some great pictures. Using a wide angle lens to capture images that include converging lines (lines that appear to get closer as you move further away from them) can create high levels of depth in photos (example above was not taken on smartphone).

Smartphones like the Google Pixel 3 XL have a dual selfie camera (8Mp telephoto lens and 8Mp wide-angle lens), so when taking selfies, you can capture more people in a photo as well as the landscape behind them.

Burst mode allows you take a series of photos in quick succession, typically used when capturing action shots. Whether you’re trying to catch that perfect shot on holiday or the winning moment on a sports day, burst mode is an excellent option.

With normal photos, when a camera’s shutter stays open for longer, it is able to let more light into the sensor, which creates a sharp and detailed image. The difficulty with action shots is that when the subject moves, it alters the light coming into the camera’s sensor, creating a blurred effect, so there needs to be a good balance of enough light and quick enough shutter speed so the changes in light don’t disrupt the picture quality.

Using a wide aperture, quick shutter speed and making sure light still comes into the sensor to produce detailed images, burst mode is able to create several high quality images within milliseconds of each other. Apple’s iPhones with iOS 7 or later have burst mode as a standard feature on their default camera app, which is activated by holding down the shutter button. Some Android phones have it as well or you can download a trusted third-party app from your phone’s app store. 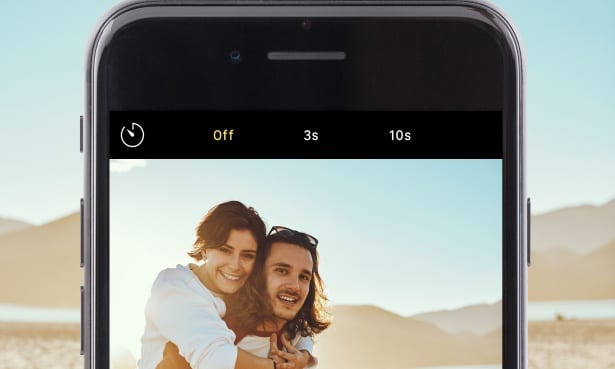 A much less technical but nonetheless useful feature, the self timer allows you to prepare your phone to take a picture up to 10 seconds in advance. This is useful if you’re taking selfies with family or friends, or trying to position yourself to get the perfect close-up.

On Apple iPhones, the self timer actually works alongside Burst Mode. Once the timer is complete, your camera automatically takes 10 photos in quick succession and you are able to choose your favourite one to save.

You may not have come across some of the different modes that you can adjust to improve the quality of your smartphone pictures. Here are some adjustments you can make on your smartphone to customise your pictures:

If you’re an avid restaurant-goer or traveller, using the location tag on your photos is the ideal way to make sure you don’t forget where some of your favourite moments were captured. By enabling your camera app to save your location, which is essentially capturing GPS data, your phone automatically saves the location you were at when that photo was taken.

A number of smartphones will allow you to access a map with data of all the places where those photos were taken, which is a nice way to see all the places you have travelled to. If you’re not comfortable allowing your data to be shared in this way, there is the option to turn off location use with your camera app in the main settings of your smartphone.

Some of the most talked-about smartphone cameras 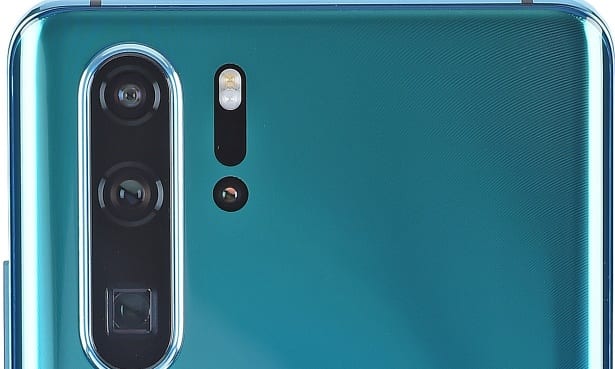 It’s fair to say that smartphones launch more often than we can keep up with, and a dazzling new array of cameras has become part and parcel of what makes a blockbuster smartphone launch. Of the recent launches, here are some of the most talked-about cameraphones.

The Huawei P series is often dubbed one of the leading smartphone camera series on the market, so the Huawei P30 Pro had big shoes to fill as a successor to the P20 Pro. It went a step further than its antecedent to present a rear camera set up with four lenses – a 40Mp wide angle lens, 20Mp ultra wide angle lens, 8Mp telephoto lens and ToF (Time of Flight) camera, aiming to improve depth of field effects. We put this smartphone to the test to see whether it’s worth the fanfare.

Find out the answer in our full review of the Huawei P30 Pro.

Google’s Pixel series is famed for its modesty in the camera department, resisting the pressure from its premium competitors to whack several lenses on the phone. The Google Pixel 3 and 3 XL have only one 12.2Mp lens. When the mid-range iteration of the Google Pixel was launched in May 2019, it was a pleasant surprise to see that no compromises were made in reducing the camera resolution to accommodate its cheaper price. But how well does it perform?

We sent the Google Pixel 3a to our lab to see whether its camera can keep with other premium models.