There’s an elite group of TV manufacturers, all household names, that dominate the market. Hisense isn’t one of them. Every year it knocks on the door – LG, Panasonic, Samsung and Sony answer, but as yet they haven’t let Hisense in.

By why would these four tech giants give this young upstart the time of day? They’d boot each other off the summit of Mount TV if they could, but if Hisense’s 2019 range is it’s best yet then they may have no choice but to make room.

Hisense’s TVs look every bit as stylish as its big-brand competition while still being significantly cheaper. Take the H55O8BUK, Hisense’s first OLED, for example. This 55-inch model is £1,499, while the equivalent LG OLED is £1,000 more.

In previous years that price disparity has led to a quality disparity, but Hisense continues to learn and improve. Could one of these newly launched TVs be its best ever?

Browse all the very best TVs from our lab tests. 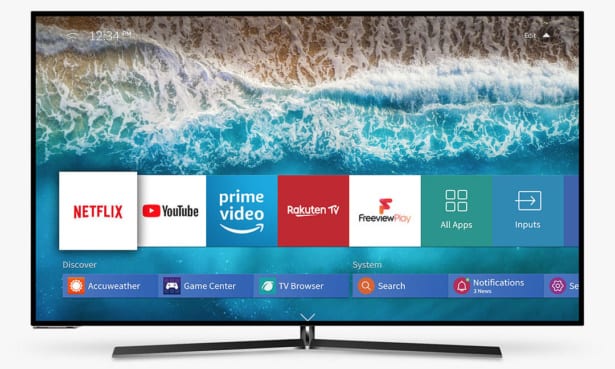 LG started the OLED ball rolling. Panasonic and Sony followed suit, and now Hisense has planted itself firmly on the bandwagon.

There’s only one model, the 55-inch H55O8BUK. It’s one of the cheapest we’ve seen at £1,499 and, as has become the norm, it’s difficult to see how Hisense has kept costs down.

The silver wedge base holds up a paper-thin screen with a bezel thin enough to provide no distraction to the stunning images we know OLEDs can produce.

OLEDs often do well in our tests, but this type of screen, which has self-emitting bulbs to create colour rather than requiring a backlight as LCD displays do, doesn’t guarantee the TV will be a Best Buy.

Picture quality is the most important aspect of a TV, but sound quality is a close second. The most spectacular OLED display won’t improve the audio.

Dolby Atmos might though. This sound-processing tech simulates surround sound without the need for speakers to be dotted around your room. Its party piece is sending audio over your head. It can make sound more immersive, but it can’t disguise a bad speaker. If Hisense has slipped here our experts won’t be fooled.

Top TVs for 2019 – see which newly released models made our list. 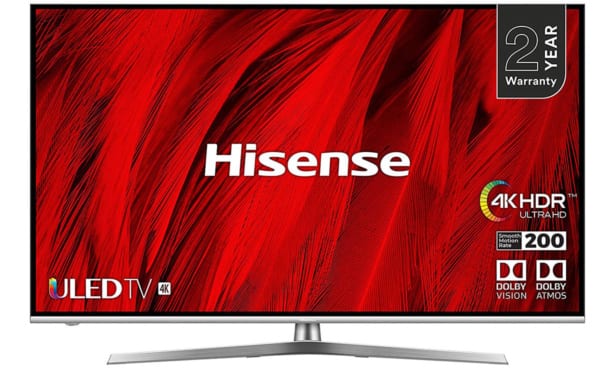 Where OLED refers to the type of displays the TV uses, ULED is more of a combination of technologies that Hisense needed a snappy name for. These high-end 4K TVs are actually LCD, so they have backlights illuminating liquid crystals to create the picture. Most TVs have these sorts of screens, so what makes the ULED sets high-end?

You’re getting many of the features you find on the OLED. That includes Dolby Atmos sound and Dolby Vision HDR. This newer format improves on the current industry standard by adjusting contrast dynamically based on the demands of the scene. Sometimes HDR content can look too dark or bright because the contrast has been boosted to a point where detail is obscured. This shouldn’t happen with Dolby Vision.

‘Ultra Colour’, ‘Ultra Contrast’ and ‘Ultra Motion’ are the three main features that make up ULED, and it’s easy to twig what they are designed to do. This technology should make colours look more vibrant, contrast deeper and motion more smooth than it would be on cheaper Hisense 4K sets.

The ULED range is split in two and you can see the size and prices below.

TV terminology can be confusing, but our guide to TV screen technology will banish the bafflement. 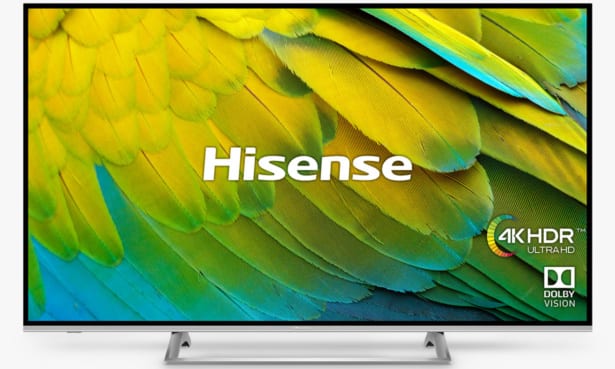 The ULED models are already pretty cheap, but there are plenty of cheaper models making up the B7000 series.

You won’t find Dolby Atmos audio on any of these ranges, and B7500s is the only one of these cheaper ranges to still benefit from Dolby Vision HDR.

Otherwise it’s not easy to see what’s different between the two ranges. It’s often the case that pricier models have had more time at the tuning stage to tweak the picture and sound. Our testing will uncover the differences between them.

We’re optimistic that at least one of these sets will end up in our guide to the best cheap TVs.

How Hisense prices compare with other brands

Hisense has been undercutting its competition for years and things are no different in 2019. The table below shows just how much cheaper Hisense’s TVs are.