New 4K Blu-ray players under the £150 mark are a rare sight, which is why we jumped at the chance to test LG’s UBK80. But has the brand cut corners just to keep the price temptingly low?

To see if the LG UBK80 Blu-ray player is deserving of a Best Buy sticker, we’ve put it through our rigorous expert tests. We’ve rated the budget player on picture quality and sound quality to find out if it’s the key ingredient (apart from popcorn) to an action-packed movie night.

Discover what the LG UBK80 has to offer below, along with some alternative models under £150.

LG UBK80 Blu-ray player – what can you expect for the price?

Let’s start with the need-to-knows. The £149 LG UKB80 can play discs from regular DVDs up to 4K. It upscales standard discs to 4K quality which, in theory, should reduce blur and upgrade your shows with a more vibrant colour palette.

It’s is easy to use, whether you’re setting it up for the first time or chucking a disc into the tray and flicking through the main menu. It also supports playback from Android smartphones and tablets when physically connected. 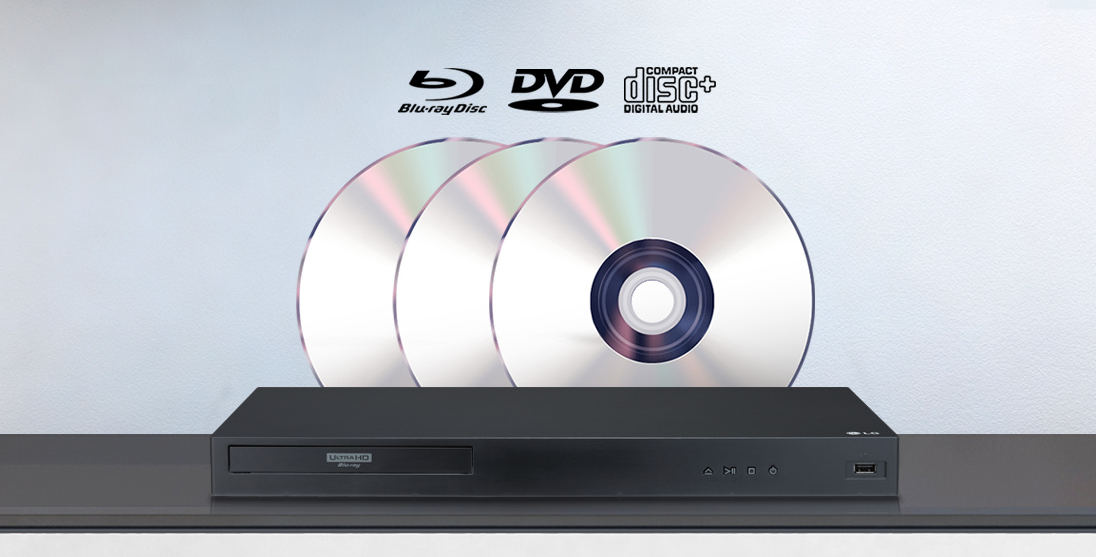 Considering the price, it might not come as a surprise to hear that the LG UBK80 is lacking smart features. You’ll need to hook it up to your PC to update it as there’s no built-in wi-fi. But in saying that, our expert tests have uncovered some bargain buys that do tick this box – you can update them wirelessly and enjoy pre-installed streaming apps.

There’s no point in buying this model without knowing if it delivers on picture quality. To see if this Blu-ray player has your Hollywood blockbusters looking better than ever, head over to our full LG UBK80 review.

If you’re set on an LG and have more money to play with, you might want to consider the £200 LG UBK90.

Below, we’ve rounded up some alternative Blu-ray players for buyers on a budget.

This Sony Blu-ray player is a cheaper sibling to the Sony UBP-X700 (£178). It will play DVDs, albums and 3D discs, while the upscaling tech tucked inside will upscale your Blu-ray discs to 4K quality.

You’ll spot an ethernet port on the back, which is used to install updates. But unlike other models we’ve put to the test, this Sony player doesn’t have any pre-installed apps. You’ll need to shop for an alternative if you’re after one flaunting smart features.

The box is smaller than many other Blu-ray players we’ve tested, so it will tuck neatly inside your TV cabinet without taking up too much space. Note that you can’t operate this Blu-ray player without the bundled remote, so keep an eye on it so it doesn’t go walkies.

Will you get a great picture from this Sony Blu-ray player? Before you commit, take a look at our full Sony UBP-X500 review.

This affordable Blu-ray player has been around for a while now and promises to upscale your Blu-ray collection to run in 4K resolution. Unlike the Sony model above, this one has several smart apps pre-installed, including Amazon Prime Video, BBC iPlayer, Netflix and YouTube – a bonus for binge-watchers.

If you want to show off your smartphone snaps on a big screen, you can try the screen mirroring feature. This lets you play media from your mobile on your TV through the player.

When you turn this Panasonic on for the first time, you’ll be guided through the setup process with a handy on-screen walkthrough.

Is this one of the best Blu-ray players under £100? See for yourself with our Panasonic DMP-BDT280 review.

This is one of the most affordable Blu-ray players we’ve tested. Add it to your ‘maybe’ pile if you’re shopping for a basic Blu-ray player, but be warned that this model doesn’t have 4K upscaling technology and won’t play 3D Blu-rays.

You’ll have a couple of pre-installed apps to play around with right away, so you don’t need to worry about manually downloading one at a time. Screen mirroring is an option here like it is on the pricier Panasonic DMP-BDT280.

LG offers an official smartphone app that partners with this Blu-ray player – download it and you can use your mobile as a second remote control.

Catch all the details on picture quality and sound performance with our LG BP350 review.

How much do 4K DVDs cost?

According to figures from BASE (The British Association for Screen Entertainment), new releases accounted for 47% of 4K UHD disc sales in the first half of 2019. During the same period last year, these new arrivals were responsible for 61% of sales.

Catalogue content has become increasingly popular as film fans grow their collections with a mix of old favourites and newer titles. 4K UHD discs offer the best video quality for home cinemas. You could also try streaming 4K content, but you’ll need a speedy broadband connection to enjoy it properly. 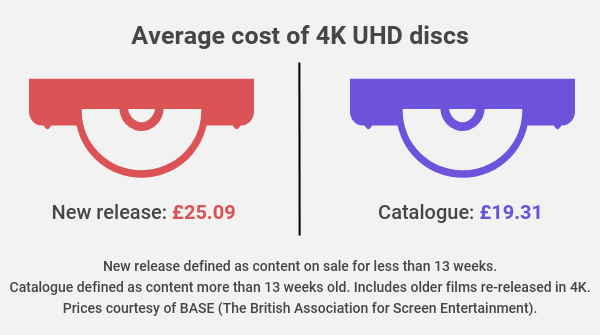 You can expect to pay around £25 for a new 4K UHD disc. In most cases, you’ll get a copy of the Blu-ray as well as the 4K disc. Even If you haven’t upgraded to 4K yet, you can build your collection while still making use of the Blu-ray disc.

Try the Which? Film Finder

With our Film Finder tool, you can find the best place to buy or stream your favourite shows in three quick steps:

1. Head to our Film Finder page
2. Type in the name of the film or TV series you’re interested in
3. Pick a streaming link, rent the title or buy on DVD or Blu-ray 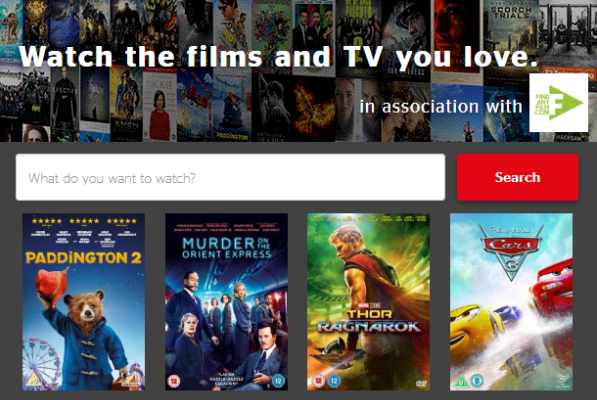