Around 1.4 million mobile customers are overpaying £182 million in total every year on their phone contracts, telecoms regulator Ofcom found. So it has announced new rules to get fairer contracts for customers.

Plus some providers have committed to cutting the bills of out-of-contract customers.

Although mobile phone customers will get extra protections, Which? feels the voluntary commitments do not go far enough in achieving fairness for all mobile customers.

If you’re looking for a new phone contract, read our picks for the best and worst UK mobile networks, based on what customers told us about their network, from their customer service to value for money.

There are three main protections that the regulator is planning to introduce. Firstly, mobile customers who are entering into a bundled contract will be told the separate cost of the handset and airtime (which is your allowance of data, minutes and texts). Ofcom says it will introduce this ‘as quickly as possible’.

Ofcom is also planning to ban overly long ‘linked split contracts’. These are mobile contracts where you pay separate prices for the handset and Sim but the two contracts are linked together. They’re similar to the bundled contracts (where you pay one price for both the handset and Sim), and can make it difficult to switch provider if you haven’t paid off your handset. Providers won’t be allowed to offer these where the handset contract is longer than 24 months.

Use our contract calculator – and find out whether you are better off getting your next phone Sim-free or on a contract.

Customers will also get alerts when their mobile contract is coming to an end. These will explain the best deal from their provider, including whether it is a Sim-only or a contact deal. If you then decide to leave, from this month you can switch mobile networks with a text. 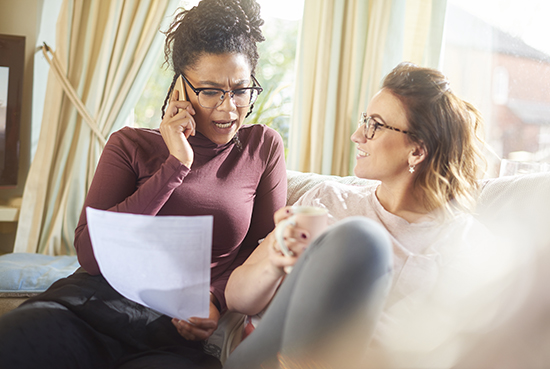 Alongside these measures, some of the biggest UK mobile networks have committed to discounting mobile bills for out-of-contract customers. All discounts come into effect by February 2020:

Three is the only major provider that refused to give its out-of-contract customers a discount. Ofcom has said that, as a result, these customers will continue to overpay and will not receive similar protections if they stay on their current deal.

A Three UK spokesperson said: ‘We want consumers to engage with the mobile market, switching providers that don’t work for them and finding the best deals to suit their needs.

‘We do not believe Ofcom’s proposal will encourage engagement amongst consumers. Instead, it risks creating a stagnant market whereby consumers are not encouraged to shop around for the best deal at the end of their minimum term.’

If you are out of contract, read our guide on how to haggle with your provider to get a better deal.

What Which? thinks of the mobile proposals

Natalie Hitchins, Which? Head of Home Products and Services, said: ‘It is encouraging to see some mobile firms taking action, but these measures from Ofcom still do not go far enough, and will leave many people exposed to rip-off charges.

‘Anyone worried about paying too much should shop around as huge savings can be made by switching to a cheaper tariff – especially if you are out of contract.’

If you are out of contract for your broadband as well, use Which? Switch Broadband to save money.