Many of us who manage to avoid ironing most of the year round are likely to be looking for a cheap-as-you-can-get iron, with the hot weather bringing an influx of linen out of the back of the nation’s wardrobes and wedding season in full swing.

You don’t have to look hard to find high street brands such as Argos or Asda selling bargain irons for less than £20. But are they actually any good at shifting creases? Or will you wish you’d spent a little more on a premium model, like the new Philips Azur iron?

Read on to find out how models like the £10 Argos Steamworks iron compare with premium models such as the £90 Azur GC4902/26, from the big ironing brand, Philips. And, see what we’ve discovered in our years of testing budget irons, including Argos steam irons.

Or head straight to our best steam irons to see which models we recommend. 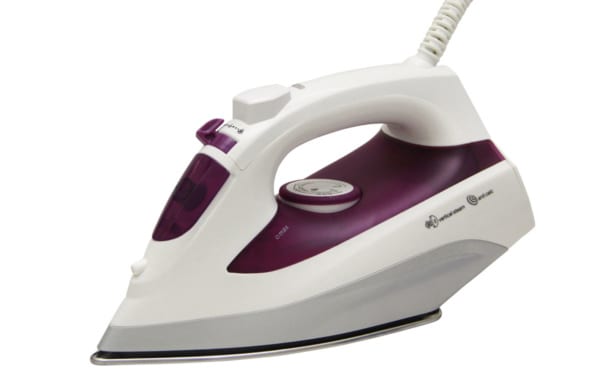 As you’d expect for a budget iron, the Argos Steamworks ES2325 doesn’t come with any fancy features.

In fact, this Argos steam iron is even missing a few things you’d usually find as standard, such as an anti-drip function to stop water droplets staining your clothes when ironing on a low temperature, and a system for descaling it once it starts to get clogged up with limescale.

Will this cheap iron do a good enough job? Find out with our Argos Steamworks ES2325 review. 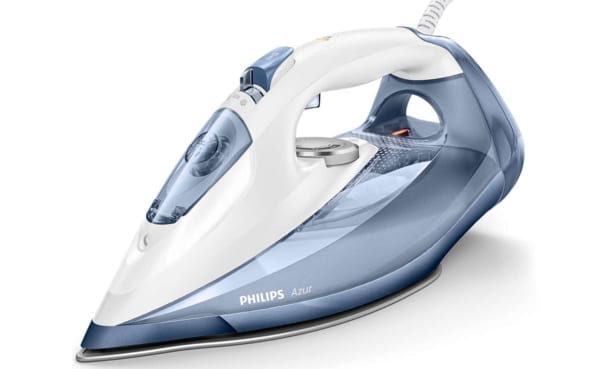 The Philips Azur GC4902/26 is much more powerful than the Argos iron – Philips claims a steam output of 50g/min, compared with just 15g/min for the Steamworks ES2325.

However, our tests have found that steam output isn’t a reliable indicator of performance. 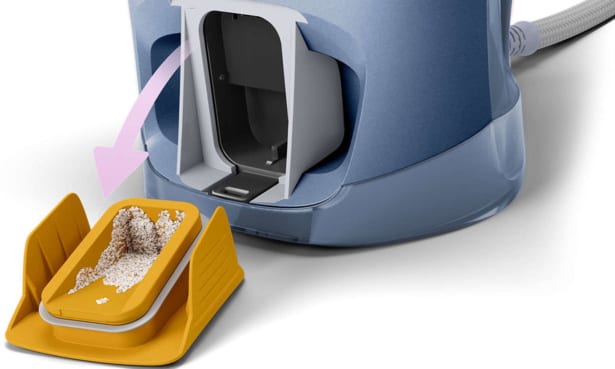 Head to our full Philips Azur GC4902/26 review to find out if it impressed us in our tough lab tests.

Budget irons: what to expect

Irons from high street brands such as Tesco, Asda, Wilko or Argos often cost as little as £10 or £15. While they’re incredibly cheap compared with other branded irons, they probably won’t stay in good condition for all that long.

Our tests have revealed they often have terrible descaling systems. So once limescale builds up and steam levels drop, they’re likely to stay there. Poor steam levels can make ironing harder work, and this might be even more noticeable if steam power was low to begin with.

If you don’t end up having reduced steam to contend with, it could be a scratched soleplate instead. We put all our irons through a scratch-resistance test and, while a few were impressively resilient, over half of the high-street irons we’ve tested were atrocious.

Scratched soleplates can stop the iron gliding smoothly and even catch and damage your clothes. 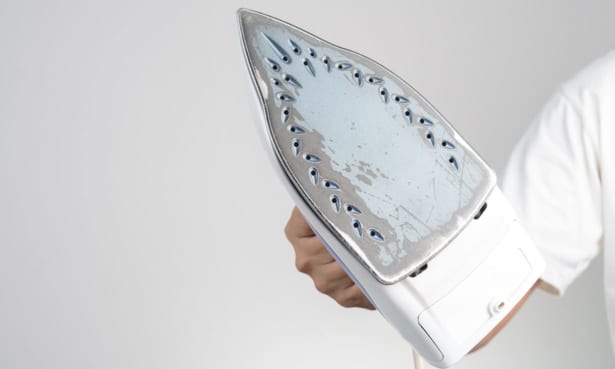 However, before these cheap irons succumb to limescale and scratches, they often do an OK job of ironing out your creased clothes. Thanks to our our tough tests,  we’ve identified a few in our steam iron reviews that score an impressive four stars out of five for ironing performance.

At around £15 or less, they could be a good option if you only need an iron for occasional use.

Budget irons are also usually very lightweight, which was ranked the most important feature for a steam iron to have in a recent survey of over two and a half thousand of you*.

We weigh each steam iron with a full tank of water and have found that cheaper irons tend to actually weigh less, so they could be a good choice if you find your ironing arm gets tired easily. 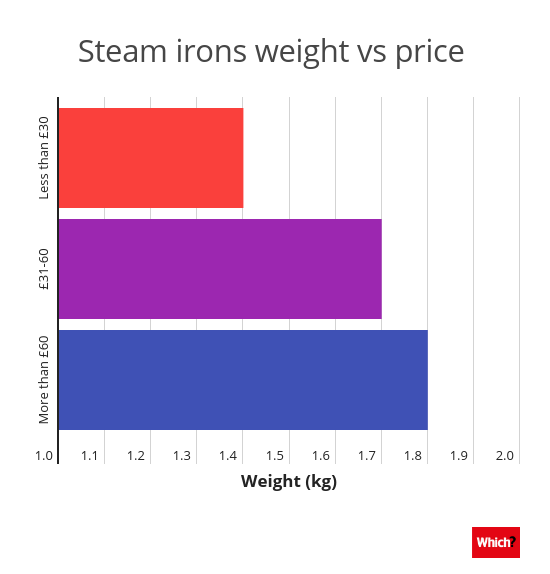 Find out more about how we test irons.

In general, the more expensive steam iron brands tend to be the most reliable. Every year we survey thousands of Which? members who own an iron to find out which brands are the most likely to develop problems, and which last the longest.

We didn’t look at the extreme budget end of the scale as we didn’t have enough data for these brands, but out of the other brands we did look at we found that reliability did tend to go up with price. But you do need to check our steam iron reviews, too, as one of the most expensive brands was actually one of the least reliable.

If you want to buy from a trusted brand that’s rated highly by customers, head to which steam iron brands to buy in 2019.