2019 has seen a slew of expensive Chromebooks hit the market, and the average price of the models we’ve tested in 2019 has risen to £445 from £288 in the four years previous. Can these more expensive models really justify their high prices?

Chromebooks used to be easy to recommend. If you were after a cheap and cheerful laptop for basic tasks, they could often be better value than a Windows equivalent. But the market has changed and there are many more to choose from, with prices inching up with every new release.

See how many Chromebooks make it into our round-up of the best laptops.

Why are Chromebooks getting more expensive?

Manufacturers are making higher-specification Chromebooks with more powerful internal workings, and better build and screen quality, which then translates to a higher price.

These improvements are affecting scores. The average Chromebook tested by Which? between 2014 and 2018 scored, on average, three out of five stars for speed. Newer models are achieving closer to four stars, with several topping out at the maximum of five. And more models than ever before are coming equipped with high-end features including touchscreens, styluses and quad-core Intel Core i5 processors.

The numbers speak for themselves. We tested 35 Chromebooks between 2014 and the end of 2018, and they had an average selling price of £288. For the nine new launches we tested between January and August 2019, the average price shot up to £445, bringing the overall average across all 44 Chromebooks up to £320. 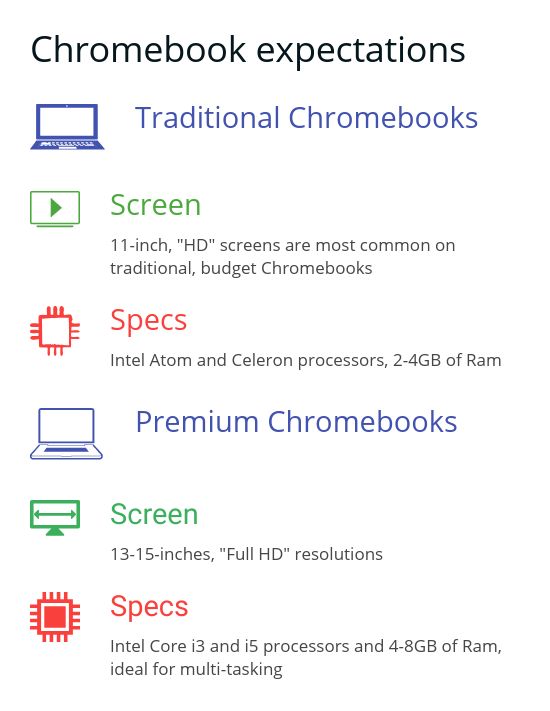 Why have brands started making fancier Chromebooks? Beyond bigger profit margins, it also suggests that they’re now confident enough in the quality of ChromeOS as an operating system for everyone to give it a go.

One of the key reasons is that most new Chromebooks now support the installation of Android apps. This means you have access to the entire roster of apps and games available on your Android phone.

The downside is that most of them are just that: phone apps blown up to a larger size. Still, with the combination of web-based apps like Google Docs and Sheets, and Pixlr, along with Android apps and games, you have quite a healthy ecosystem of apps to choose from.

Pros and cons: Windows vs ChromeOS

Windows and ChromeOS feel quite different when you start using them, but the fundamentals are the same. Where you’d use a web browser and perhaps a few other pieces of software on your Windows laptop, the vast majority of your time on ChromeOS will be spent in the Chrome web browser, with web apps. If you already do a lot of your work in browser-based apps such as Google Docs, you might not even notice the change.

Plus, with the addition of Android apps sweetening the deal, you might end up with a wider choice of useful apps than you first expected.

ChromeOS devices tend to keep running quicker for longer without the need for a reset. And if you do decide to reset your device, it’ll be ready in just a few minutes because it will be synced up with your Google account. You also needn’t worry so much about storage space, as files are, by default, stored in the cloud rather than on a hard drive.

That said, Windows 10 can offer a near-identical experience, plus the added flexibility of being able to install programs downloaded from anywhere on the web. It also offers the ability to use more niche software such as specialist programs that came with devices like cameras and printers from days gone by.

The downside is that Windows naturally gets slower over time as files and programs gradually gather digital dust. But the good news is that it’s now incredibly easy to reset your computer to get it running well again, without losing your files.

The compromises of owning a Chromebook are diminishing every year, but while premium Chromebooks have impressed us, it is still worth properly considering the best platform before you buy.

Take our quiz below find out more, or read guide on Windows vs Chrome vs MacBook.

We’ve tested three premium Chromebooks in the past three months. Here’s a rundown, along with a same-brand Windows 10 alternative. 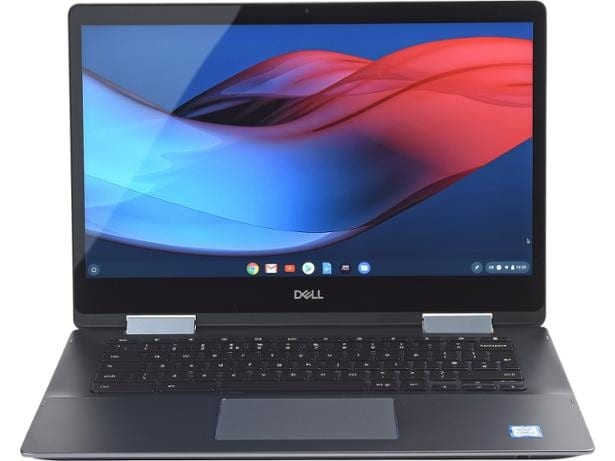 This 14-inch Chromebook has a 360-degree hinge so it can be flipped around and used as a tablet, or as a secondary screen when placed on a desk. It has modest specifications for the money – a Core i3 processor and 4GB of Ram are perhaps at the lower end of what you’d expect for the price – but on paper it should be an attractive and versatile laptop. Read our full Inspiron Chromebook 14 2-in-1 review to see whether it justifies the price. 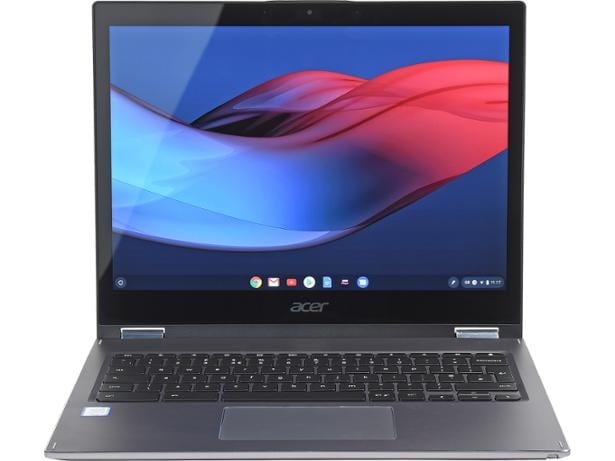 That price might make you look twice, but there’s plenty here to get excited about. A high-resolution screen that’s well beyond Full HD, a built-in stylus along with a quad-core Intel Core i5 processor and 8GB of Ram make this a very attractive laptop on paper. Check our full Acer Spin CP713-1WN review to see if your money is better spent elsewhere.

Windows alternative: Acer Swift 3 SF314, £600-£679. This Core i5 laptop is more than £100 cheaper and has double the storage. It lacks the 2-in-1 design and stylus of its Chromebook stablemate, but the money saved could easily justify such omissions. 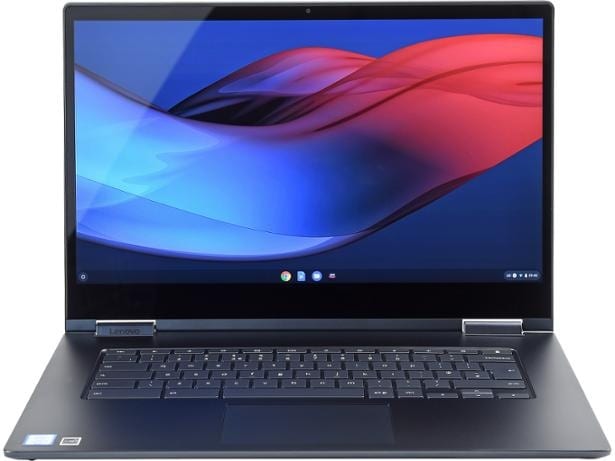 Like the other two premium options here, this larger Lenovo Chromebook features a full 2-in-1 design. That doesn’t make quite as much sense on a device with a 15.6-inch screen.

It could make sense if you want a display for watching films and TV when tucked up in bed, or perhaps want to hook the laptop up to a main display and use the laptop as a secondary screen.

You get a quad-core Intel Core i5 processor, 8GB of Ram and 128GB of storage. Read our full Lenovo Yoga Chromebook C630 review for the final verdict.

Windows alternative: Lenovo IdeaPad 330-15ICH, £599. You get plenty of power for your money. The Core i5 is of a higher specification than any of the other laptops featured here. But Lenovo has skimped on the Ram – only 4GB is provided – and the 1TB hard disk is capacious but it runs the risk of slowing this laptop down when compared to an SSD.

More interested in the budget end of the market? Read our guide to the best cheap laptops.