You don’t need to see a price to know the LG OLED55E9PLA is expensive. You just need to look at it.

Front on, the E9 is a sheet of physics-defying glass. Its transparent lower section doesn’t give the game away unless you crouch parallel. Only then can you see the covert base keeping the stunning TV from keeling over.

This is the first time we’ve tested LG’s E range of OLED TVs. Once prohibitively expensive, in 2019 they launched at the same price as the less-advanced C range OLEDs did in 2018.

Sony makes some alternatives and we’ve tested them. The AG8 and AG9 (also known as the Master Series OLEDs) have a splendid, minimal design all of their own.

With prices coming down, these striking high-end sets are no longer strictly the reserve of the rich. So if you want the best OLED, which side of the East China Sea should your TV come from? LG in South Korea or Sony in Japan?

Our top five TVs for 2019 – LG and Sony will be hoping to see their OLEDs on this list.

Falling prices: is top-of-the-range now in your price range?

As TV manufacturers lumber towards 8K while broadcasters struggle to catch up with 4K, the cost of producing 4K sets has dropped. Entry-level, mid-range and high-end sets all debuted at prices that were lower than we anticipated.

The falling prices can also be attributed to more efficient manufacturing. OLED TVs are still new when compared with standard LCD panels, but they’ve been around for several years now. LG and Sony will improve the production process every year to keep costs down, and this results in a cheaper end-price for the customer.

If you’re patient, these OLEDs will continue to drop in price until they are replaced around April of next year. 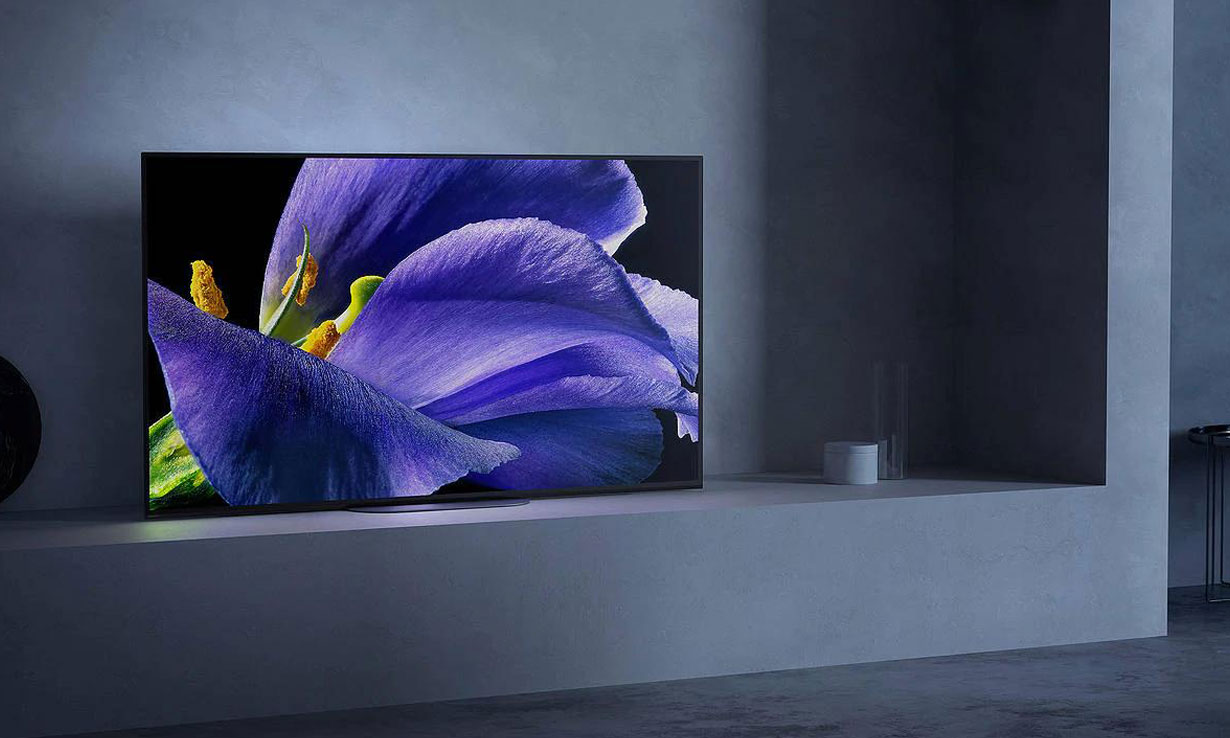 In a world of inscrutable model names and ranges, it’s refreshing to see Sony simplify things and give its top-of-the-range TVs an easy-to-remember title. They still have lengthy model numbers, but in essence they are Master Series TVs.

You don’t need to be a TV expert to understand that these models should be Sony’s best. The best design, best technology, best everything.

They are 4K OLEDs with a design that removes all barriers to immersion. The bezel is so narrow it all but melts away when the dazzling OLEDs ignite and shine sumptuous colours from the screen.

The base is inconspicuous too. It sits flush with your stand and leaves no gap between it and the display. The screen is undoubtedly the focus, as it should be on any TV.

Powering that screen is the X1 Ultimate processor, Sony’s latest and supposedly greatest picture engine. This little chip has an enormous task. It’s largely responsible for the quality of the image, in particular how good lower resolution content looks. TVs are constantly striving to make standard and high definition content look close to 4K. Each new generation of chips is touted as being better than any other at this job, which means the AG9 OLEDs should be brilliant.

The wonderous design and cutting-edge tech comes at a price. The 55-inch AG9 is £2,699, while the 65-inch model is £1,000 more. They are some of the most expensive sets we’ve tested in 2019, which means they truly need to best all their rivals. 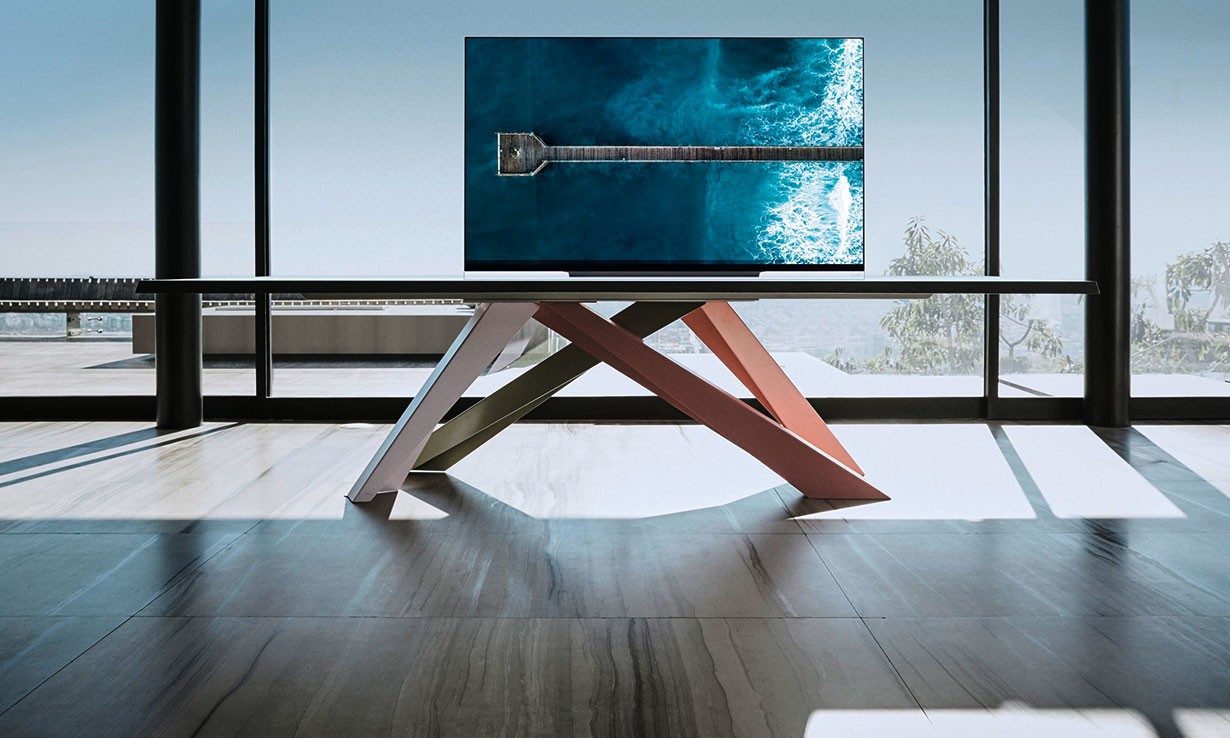 We’ve already waxed lyrical about the exceptional design of these TVs. While we could continue, there’s more to a TV than how it looks on your media unit.

Design aside, the E9 OLEDs aren’t worlds away from the C9 OLEDs we tested earlier in the year. The second-generation Alpha 9 processor, not unlike the X1 Ultimate in Sony’s range-toppers, is all about upscaling;

The significant difference between these two ranges comes from the speakers. The E9’s are thin, and a thin TV means thin speakers. The bulkier base on the C9 OLEDs means there’s more space for subwoofers and tweeters, but size isn’t everything. If that were the case, every 65-inch TV we tested would sound better than smaller models in the same range. Our labs find that this isn’t always an accurate assumption.

Just £200 separates the 55-inch E9 from the 55-inch C9, and the price gap is the same for the 65-inch models. Is the extra cash purely for the jaw-dropping design, or is there more than meets than eye?

Head to our LG OLED55E9PLA and LG OLED65E9PLA reviews to see whether these are the best TVs LG has ever produced.