Selected NatWest customers will be able to bank with their voices, using Google Assistant on their smartphones or Google Home speakers, as part of a new trial.

The technology is being tested with 500 NatWest customers. They will be able to ask for details about their accounts, including their balance and recent transactions, and get verbal responses from their Google Assistant, along with text answers if they’re using a smartphone.

At the moment, customers can ask eight questions and access 15 ‘banking tips’. If the initial three-month trial is successful, more features may be added.

Here, we look at how NatWest’s voice banking works, and whether it’s a safe way to manage your money.

How does NatWest voice banking work?

A video depicting voice banking in action shows a customer addressing their Google Home assistant by saying, ‘Hey Google, talk to NatWest voice’. The device responds with ‘Hi, it’s Cora. How can I help you today?’

Cora is the name of NatWest’s AI-powered customer service assistant. It began as a text-based system, but last year the bank began testing it as a ‘digital human’ – with the appearance of a young woman – that customers can talk to ‘face-to-face’ on a smartphone, tablet or computer screen. 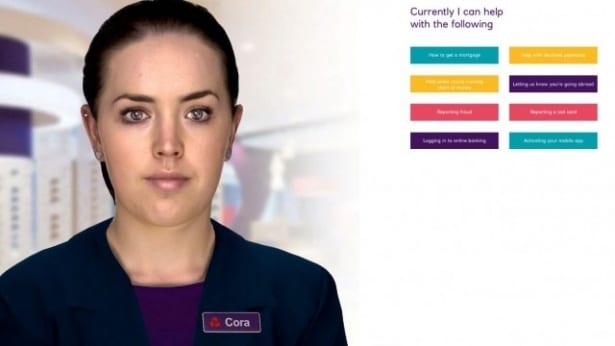 Once they’ve logged into voice banking, customers can ask questions such as ‘what’s my balance?’ and ‘what were my last transactions?’.

Under the trial, only basic account information will be available. But according to the Guardian, NatWest says payments and transfers by voice may be possible in the future.

NatWest is the first, and so far only, high street bank to trial voice banking publicly. The bank suggests that voice banking might ‘follow the same path as mobile banking – moving from a niche way for people to manage their finances into a mainstream method to bank.’

Time will tell if turns out to be the case.

NatWest also says this technology will bring advantages for blind customers, who will be able to complete tasks without the use of a screen or keyboard.

See how the system works in the video below.

To set up voice banking, customers will have to use their existing online banking password and Pin. Each time they log in, they will be asked to provide numbers from their Pin to confirm their identity.

NatWest says customer data will be stored on bank servers in the same way it would be for telephone banking, and that Google will not store ‘any account information such as balance or past transactions’.

NatWest did not answer further questions on what data Google would store, as opposed to what it would not, before this article went to press. Nor was NatWest specific about how it would ensure this technology is secure. (It did say there are ‘a number of security measures’ in place.)

Google admitted last month that contractors can listen to recordings of what people say to Google Assistant. Naturally, it would be hugely concerning if they could hear conversations that included Pins, transactions and account details.

In November 2018, Which? tested how secure online banking was with 12 leading UK banks. NatWest scored 53% – the second-lowest score of the dozen.

In April, NatWest began trialing another high-tech innovation with a select number of customers: a money management app called Mimo.

Mimo appears to have a lot in common with apps from ‘challenger’ and mobile banks, in that it promises insights into spending habits and an AI-powered personal assistant.

When Which? saw a live demo of the app in July, it presented spending information in a format reminiscent of social media – think Twitter Moments and Instagram Stories.

Mimo is still in development, and there has been no announcement of when it will become available to the general public.

Dipping into your pension during the pandemic? You could trigger a tax trap

NS&I rates plummet: what are the best savings account alternatives?