With an increasing number of broadband providers offering TV service, and prices typically being higher for longstanding customers, what prompts people to stick with the same provider for long period? Read on to discover which provider people stay with because they think it offers the best service.

Find out how the different providers stack up with our guide to the best and worst broadband and TV providers.

Which TV and broadband provider is best?

Overall, customers generally told us they stick with their provider because they think it’s the best – 29% said this overall. But when you break it down, there are big differences between providers. Other reasons given include a fear that other providers will be worse (26%) and the feeling that the current provider offers the best price (25%). But the distinct differences between customers of the Big Four providers suggest that they each have a different set of reasons for not switching away.

This status goes to Virgin Media – 37% of customers say they stay a customer of the company because they feel their provider is the best. By comparison, just 15% of TalkTalk’s customers said this was the case. Explore whether it could be the best choice for you using our Virgin Media review.

Sky customers seem to stick with it out of ease – 23% said they stay Sky customers simply because they like the company. Some 21% said they believe other providers will be worse than Sky, so stay where they are. Weigh up whether this reputation is deserved using our Sky review.

The majority of TalkTalk’s customers stick with its service because it’s cheap – 73% said they think the provider offers the best price for their television and broadband bundle. Find out whether it’s cheap and cheerful or not in our TalkTalk review. 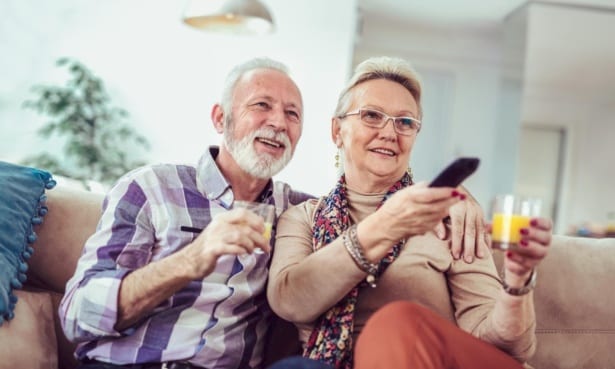 If you’re considering signing up to a new TV and broadband provider, you’ll need to weigh up several things. The speed and reliability of your internet connection are essential considerations, as well as which television channels are on offer. If you’re on the market for a new bundle, read our guide on how to get the best TV and broadband package then use Which? Switch Broadband to compare the prices for different bundles in your area.

If you’re one of the customers who already have a TV and broadband bundle, and are happy with your current provider, it’s still worth finding out whether you’re paying the best price possible. This is as simple as giving your provider a call – haggling can sound daunting, but providers expect it and reserve the best deals for those who do it. Plus, the fact that you subscribe to more than one service will make you a customer they would be keen to keep.

For more advice, read our tips on how to haggle for the best broadband deal.