You’d be easily forgiven for mistaking the new Aldi Ambiano soup maker for one of the popular Morphy Richards models. But, while it may look almost identical, at just £35 it’s quite a bit cheaper than the equivalent branded version.

It has a similar capacity and range of settings to the classic Morphy Richards Soup Maker 501022 model (£55), so it’s a tempting prospect.

Read on for a full run-down of the Aldi soup maker’s features and how to compares with the Morphy Richards range, to help you decide if it’s worth snapping up next time you’re in store.

Aldi Ambiano soup maker: what you get 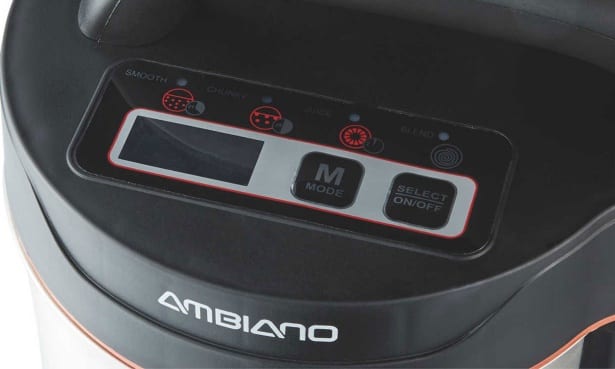 The Ambiano can make between 1.3 and 1.6 litres of soup, so it can only make around four portions at any one time.

This doesn’t give you much freedom to vary how much you make in one go, but is similar to other soup makers of this design.

It has four programs: smooth soup, chunky soup, ‘juice’ and blend. It takes 21 minutes to make smooth soup and 28 minutes for chunky.

You can make cold blends, such as smoothies, with the ‘juice’ program or the manual blend button.

And what you don’t get…

This Aldi soup maker lacks the extras usually seen on more expensive models. There’s no keep-warm setting to give you some flexibility about when you can serve up. There’s also no sauté function, so you can’t fry ingredients directly in the soup maker before adding the liquid, which can help to bring out extra flavour.

There’s also no auto-clean program, although you can achieve the same effect with some warm water and a drop of washing-up liquid if you use the blend button to shift most of the soup and mess from inside. It should then just need a quick rinse and wipe to get clean.

What do you get with a Morphy Richards soup maker? 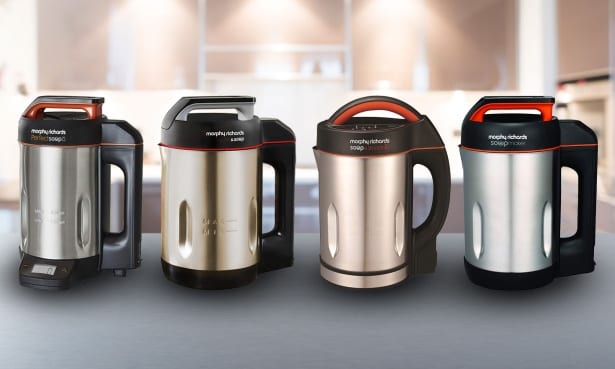 Morphy Richards is the biggest soup maker brand, and offers a wider range of options to suit different budgets and lifestyles.

Prices usually vary between £55 and £85 for the standard range, and as they are all quite similar, you can usually find one on offer somewhere. The smallest model is the same price as the Ambiano, at £36, although it has a slightly smaller capacity.

Here’s a breakdown of the range:

Head to our Morphy Richards soup maker reviews to see which models make the best soup.

Should you buy the Ambiano soup maker?

If you want a soup maker on a budget, this is about as cheap as it gets, so it could be worth a try. However, we’ve found Best Buys for a similar price, so check our soup maker reviews for the best tried-and-tested options.